Neither here nor there 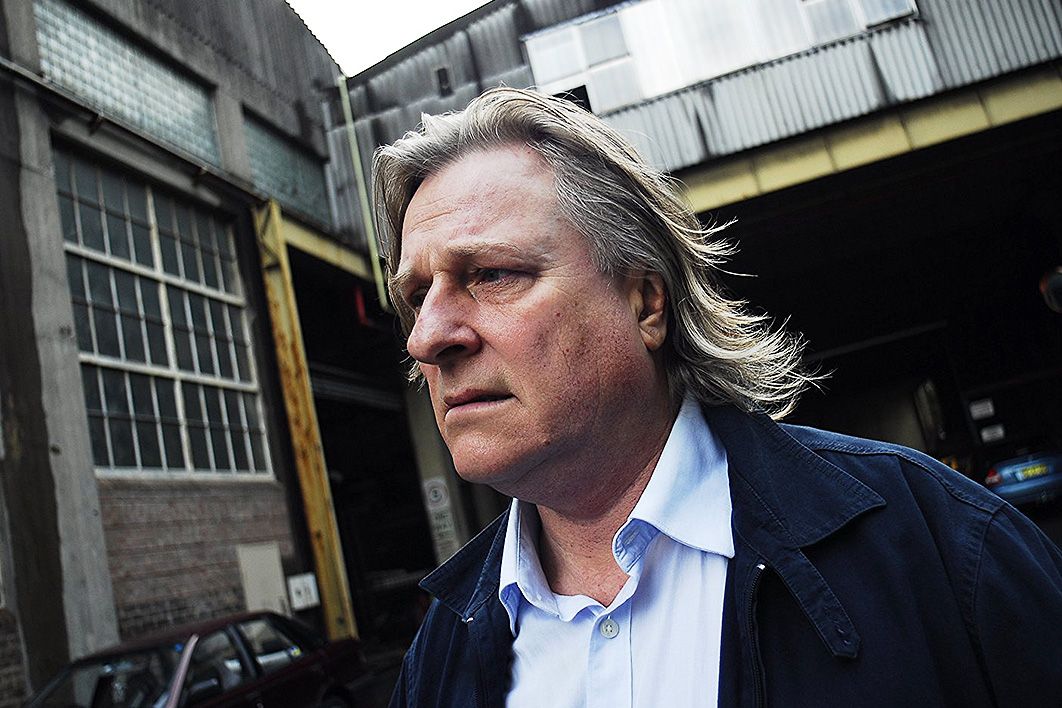 Why on earth should Australian film-makers want to try to replicate Hollywood? No one can do Hollywood as well as Hollywood can, and the attempts to emulate it have usually, perhaps inevitably, led to flavourless or otherwise misbegotten enterprises. I know this is the era of international co-productions, and where the money comes from is undoubtedly influential, but where the creative personnel come from is surely still more so. I want to argue for the cultural significance of the small-scale film-making that doesn’t depend on US funding and isn’t subject to the sorts of compromise that such involvement may entail.

It is always going to be difficult for Anglophone cinemas, whether they’re in Australia, New Zealand, Britain or Canada, to establish a viable place for themselves in domestic — let alone global — markets in the face of the all-conquering Hollywood product. As someone once remarked, if the United States spoke Chinese it would be easier for, say, Australia to maintain a sturdy film industry. For Anglophone films to be truly commercially successful, they need to break into the American market. But is this the only sort of cinema that can justify itself? Is an Australian film (I use “Australia” as a metonym for those other English-speaking countries referred to above) only worthwhile if it attracts audiences from Seattle to Dallas to Boston?

The very engaging semi-mockumentary Rats and Cats (2007), allegedly made for $300,000, ends with its scurrilous ex-“celebrity” protagonist addressing the viewers as the final credits unfold. “A lot of people say they want to see Australian films,” he says. “But they don’t. Not interested. The film ends up sinking ’cause the Australian public won’t get off their arses and support Australian films.” For the benefit of the many who, I hope, still plan to seek out this beguiling local film, I won’t tell you Darren’s succinct reply when asked why this might be so. Especially because it runs counter to my case here.

It nevertheless raises the question of “What do we want?” of Australian films. And who are “we”? Perhaps “we” don’t all want the same things. This article has two essential sources: one is the fact of having watched a lot of Australian films lately for a piece on a local subgenre that might be called family-centred, as well as several other low-budget Australian movies in recent years; the other is a sense of rage at an article by playwright Louis Nowra entitled “Nowhere Near Hollywood: Australian Film” in the Monthly (December 2009–January 2010). I’ll deal with the latter first.

The general tenor of Nowra’s essay seems to be no more than “there’s enough sorrow and unhappiness in the world without having to go to the movies to see more.” He believes that “movie-going should be a communal activity of human smells, the eating of food, united laughter and tears.” He saw Australian films in yawningly empty cinemas, and his experiences led him to a great many generalisations about “the condition of our industry,” and about crucial and damaging differences between the local and the Hollywood product. “In Hollywood, actors drive the story; in Australia, actors are the vehicles for the story.” What is he talking about?

Further, after talking to his friends, he found that “the general consensus was that Australian films were boring, grim and unsatisfying.” They “suffer from a surfeit of glumness”: when, he seems to be asking, did you last come out of an Australian film and say, “Laugh! I nearly died!”? Among their other faults, “the lack of love stories and even sexual intimacy… is unnerving,” and above all they don’t emulate “the Hollywood preference for happy endings.”

I trust that I have quoted enough to suggest the level of cerebration at work here, the readiness to rush into easy conclusions without having worked to establish any of his ideas. Our movies “lack a second act,” “our storytelling is austere and joyless,” and we are confronted with such slabs of critical wisdom as this: “In the 1960s and 1970s audiences wanted to watch serious movies seriously. But audiences and their expectations have altered, and the era of art films is over.” Have I missed the statistical survey which led him to this sage discrimination?

So much is wrong with Nowra’s article that it would take the rest of this essay to unpack it all, whereas I want to use my remaining space for other purposes. The problem with such articles as Nowra’s (and especially when they come attached to so well-known a name) is that they may encourage other wiseacres to leap in with their equally ill-considered jeremiads, which can do nothing for “the industry,” that monolithic structure they never actually get around to dissecting.

What I wonder is this: is it possible to sustain a steady stream of small-scale film-making in Australia, and can funding be found (from government or other sources) to help with providing adequate marketing to bring such films to the attention of those who might be interested in seeing them? There just may be substantial minority audiences who don’t care if they never see Avatar or Australia or Twilight, who have some interest in Australian cinema, and who wonder what kinds of alternatives exist.

How many people, I wonder, knew about Christopher Weekes’s 2008 film, Bitter & Twisted? This unsentimentally affecting study of a family trying to come to terms with the death of its older son, Liam, is an emotionally rich experience as it makes its unhurried way to — not a “happy ending” but an ending in which we can believe because it seems to derive from the network of relationships we’ve seen on the screen and the tentative approaches to a future without the missing son. The father has quit the job he hates and has come to some recognition of his life’s priorities, in a quietly heartbreaking moment registering “the opportunities Liam will never have” and asserting his need and love for his family. The mother, who wants to feel loved and desired, reaches for his hand, and the younger son accepts that, try as he might to emulate Liam and pursue Liam’s girlfriend, he must adjust to the realities of his life. This is not a family melodrama that ends with big music or birds in flight to signify liberation or romantic clinches, but has a kind of truth, sometimes painful, that makes both compelling drama and persuasive contact with reality.

There are several other films that fall into this sort of category, not straining for size or compromising their integrity in the hope of taking on Hollywood. In their various ways, Pene Patrick’s Playing for Charlie (2010), Anthony Hayes’s Ten Empty (2008), Alkinos Tsilimodos’s Blind Company (2010), and Michael Joy’s excoriating Men’s Group (2008) all focus on family relationships and tensions and ways of dealing with crises of death and illness. This doesn’t mean that they are necessarily depressing films, or that they would be “better” if they paid attention to Nowra’s recommendation that they should heed what makes Hollywood so successful. They are uneven in quality, but they all make serious claims on our attention as they articulate how our closest ties can be put under pressure — and they do so with considerable film-making accomplishment.

Look, for instance, at how Michael Joy deftly and economically sketches the kinds of dysfunction that have brought his five guys to take part in the eponymous men’s group. The storytelling is terse and evocative of whole lives: Joy’s fleeting shot of the mailboxes of a characterless apartment building, for example, immediately signifies the isolation of Alex (Grant Dodwell), the foul-mouthed recruit to the group who has stuffed up his family relationships. Or, in Ten Empty, the son’s rejection of his father’s “home brew” because he’d prefer “a red” is enough to signal the tensions that will develop between them. Sylvia Lawson rightly praised such films in Inside Story for their “courage in pursuing family-centred stories to their real emotional boundaries.”

I am not highlighting these films just because they are “worthy” in terms of the material they tackle, commendable though that is, but also because they are in all sorts of ways skilfully made. On both grounds they deserve to be heard of and seen.

These low-key realist appraisals of family life and its offshoots aren’t the only sort of Australian product that warrants notice. There is, for instance, a sharply intelligent trickle of mockumentaries. I have already referred to Rats and Cats. Scarcely less irreverent fun is to be had from The Magician (2005), said to have been made for $3000. Here, the pre-title sequence — in which hitman Ray Shoesmith briskly dispatches his first victim (somewhere up the top end of Bourke Street) then goes on his way — sets the mood and tone for the “documentary” that follows. And the “plot,” such as it is, is also under way: as Ray goes matter-of-factly about his work, it is all being recorded by his old friend and one-time neighbour, Max Totti, who is making a documentary about the daily life of a hitman.

A third film in this vein is Darren Ashton’s Razzle Dazzle: A Journey into Dance (2007), about suburban dance competitions (the colon in the title announces its lethal satiric intentions), which London’s esteemed critic Philip French put “in the same class as the best movies by Christopher Guest’s company,” the latter famed for its success in the genre.

I want only to suggest that we shouldn’t be browbeaten by the likes of Nowra to believe that film-makers can have no higher aspiration than to take on Hollywood at its own game. At the very least, a country’s art forms might be supposed to have something to say about the culture from which they draw their being. If they can rework established genres to give them an antipodean flavour and, more demanding still, they can create their own genres and subgenres (like the suburban family study) as a way of explaining us to ourselves and others, and if they do it with coherence and integrity, they may well be doing their bit towards a national cinema. Being near or far from Hollywood is neither here nor there — certainly not here, anyway. ●

Brian McFarlane is an Adjunct Professor at Swinburne University of Technology. This is an extract from his new collection of essays and reviews, Making a Meal of It: Writing About Film (Monash University Publishing). This essay first appeared in the July–August 2010 edition of Australian Book Review. 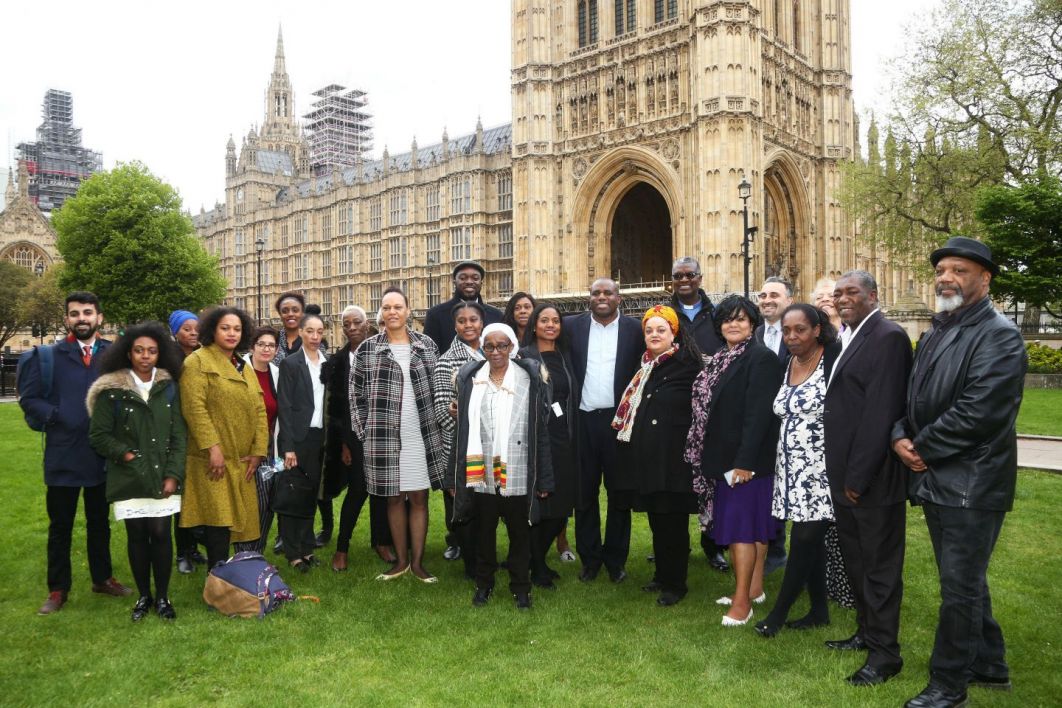