New migrants on board the budget-cut omnibus

Among the government’s proposed savings is a little-noticed measure that further erodes the welfare safety net, reports Peter Mares 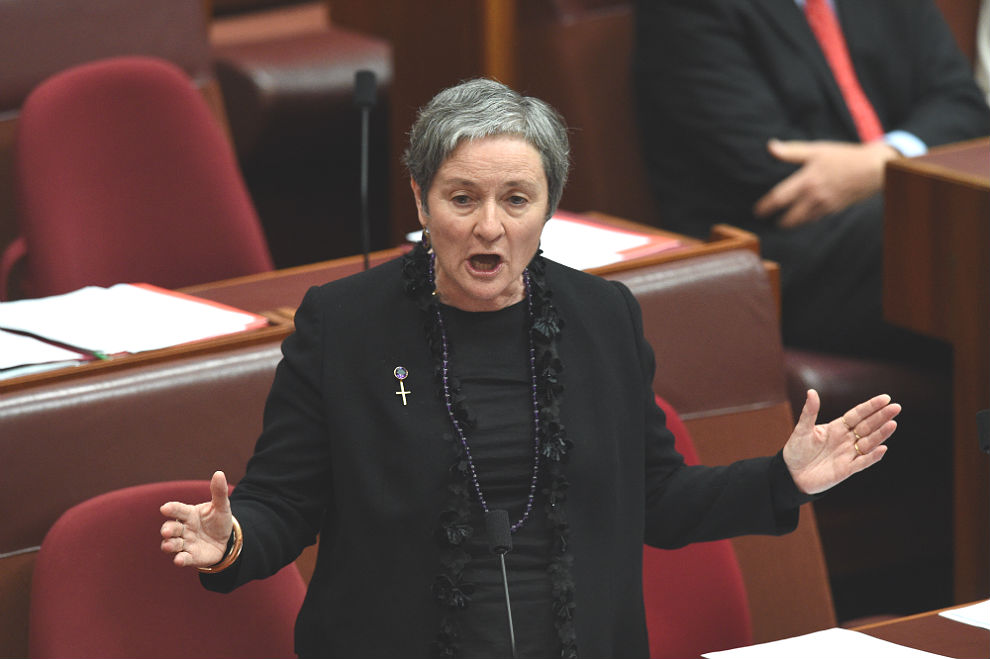 Arguments about the “moral challenge” of budget repair will intensify next week when the Coalition’s omnibus bill of $6.1 billion in spending cuts returns from its lightning-fast consideration by a Senate committee. The Economics Legislation Committee was given just twelve days to consider the bill, so any interested parties who wanted to comment had only four days to lodge a submission.

Some measures in the bill have been widely canvassed, especially two related to climate change: the $1.3 billion cut to the Australian Renewable Energy Agency, and the removal of the small energy supplement originally introduced in 2013 to compensate people on government benefits for the impact of the Gillard government’s carbon price.

Other cuts have almost escaped notice, including the proposal to deny recent family migrants access to government payments for at least two years. The government calculates this measure will save $225 million over four years from 1 January 2017.

Most new permanent migrants are already required to wait two years before they can receive Newstart unemployment benefits, youth allowance, sickness payments, Austudy, carer payments and some other payments (and of course these benefits generally aren’t available at all to temporary migrants, no matter how long they have lived in Australia).

The Keating Labor government first introduced a six-month “newly arrived resident’s waiting period” for new migrants in 1993. In 1997, soon after the Howard government took office, the waiting period was extended to two years. But exemptions have existed, most notably for refugees and other “humanitarian entrants,” and for anyone who is the “family member of an Australian citizen.”

It is this second exemption that Scott Morrison wants to remove. The change was first canvassed in December in the MYEFO – the Mid Year Economic and Fiscal Outlook for 2015–16. At the time, social services minister Christian Porter described the exemption as “very curious,” noting that “if an Australian citizen or resident goes overseas and marries and brings back a wife or dependent child, then the wife and the dependent child… have been able to enter the welfare system straight away without engaging in the wait that every other newly arrived migrant has to wait.”

This is not a completely accurate summary of the current situation, however. The vast majority of the new migrants who enter Australia under the family stream are the foreign partners of Australian citizens. Often they are granted a provisional partner visa (subclass 820) and only move to permanent residence after two years (presuming the relationship lasts). They are not eligible for Centrelink payments like Newstart or youth allowance on the provisional visa, which means, in effect, that they are already subject to the two-year new resident’s waiting period.

Foreign partners can only access government payments on arrival if they are granted a permanent visa (subclass 801) upfront; to get that visa they must already have been in the relationship with their Australian partner for at least three years (or at least two years if the couple has a child). In other words, government payments are not available to the partner of someone who simply goes overseas and “brings back a wife.”

The case for removing the exemption for family migrants is laid out in the explanatory memorandum to the omnibus bill:

This change would reinforce the Australian government’s position that all newly arrived migrants should be self-sufficient or seek support from family members and should not expect to be supported by the Australian taxpayer immediately on arrival in Australia… It is reasonable to expect that migrants, particularly those with family members living in Australia, should be financially secure or at least put arrangements in place to support themselves prior to moving to Australia.

First, why were family members exempted in the first place? What was the thinking of legislators and policy-makers in 1993 and 1997? My quick search through the explanatory memoranda of previous pieces of legislation failed to throw up an answer to that question, but presumably the rationale ran something like this: the nation owes a particular obligation to the immediate family of Australian citizens, above and beyond any obligations that it might owe to other foreign nationals who are granted a permanent visa, such as independent skilled migrants. If that argument holds true, then it should be as persuasive today as it was twenty-three years ago when the newly arrived resident’s waiting period was first introduced.

Second, and more fundamentally, it is logical to assume that the vast majority of family migrants would already “take steps prior to moving to Australia” to ensure that they have financial support during their initial period here. In other words, the exemptions to the waiting period are a safety net and not a feather bed – they are intended to help out Australian families in cases of adversity. It is easy to imagine such circumstances. What if the Australian partner of a newly arrived migrant dies in an accident, for instance? If the omnibus bill passes unamended, the new resident, who may not yet have found a job, would be unable to apply for unemployment benefits. Or what if the Australian spouse is unexpectedly diagnosed with a terminal illness? The new resident would not be able apply for a carer’s allowance to look after his or her partner in a time of need. If the Australian partner becomes violent, then the new resident will have fewer options for escaping: in its submission on the omnibus bill, the Australian Council of Social Services warns that there is “a valid concern” that financial dependence on the Australian partner could “prevent people from leaving abusive situations.”

The government’s response to all these scenarios is to point out that newly arrived residents will still have access to special benefits – a fallback payment made at Centrelink’s discretion to people in severe financial hardship who are “unable to receive any other income support payment.” While the two-year waiting period also applies to special benefits, the Department of Social Services reassured Labor senator Claire Moore (in answer to a question taken on notice in Senate estimates) that new residents would retain the exemption for this payment “if they have experienced both financial hardship and a substantial change in circumstances beyond their control after arrival in Australia.”

Based on immigration department data, more than three-quarters of the estimated 5700 people affected by changes in the omnibus bill will be women. When Senator Moore asked in Senate Estimates whether Social Security had “undertaken any research to examine whether this change will have a negative impact on new migrants’ settlement experiences,” the answer was a succinct “No.” In response to questions about whether any assessment had been made of the impact on new residents’ labour market participation and social welfare, the department responded that it “undertook analysis of previous cohorts that were granted social security payments via the family member exemption” for “the purposes of estimating savings.” Asked whether stakeholders had provided feedback on the proposed changes, the department offered the highly illuminating response of “Yes.” (According to the backbenchers’ brief on the omnibus bill, the “consultation” on removing the exemption involved the Department of Human Services and the Department of Agriculture and Water Resources.)

When the MYEFO changes were announced in December, Labor’s shadow citizenship and multiculturalism minister, Michelle Rowland, condemned the removal of the waiting period exemption for Centrelink payments. She said that prime minister Malcolm Turnbull had “ripped support from newly arrived migrants,” making him “crueller than Abbott.” Yet Labor now appears to have quietly signed up to the change under its election promise to support “responsible savings measures.”

In this way, Australia’s welfare system is eroded, bit by bit, without debate or protest. In fact, without most of us even noticing. •

Peter Mares is contributing editor of Inside Story and author of Not Quite Australian: How Temporary Migration Is Changing the Nation.

Books | Energy and ambition fuelled the rise and fall of a remarkable but flawed Labor leader, writes Paul Rodan 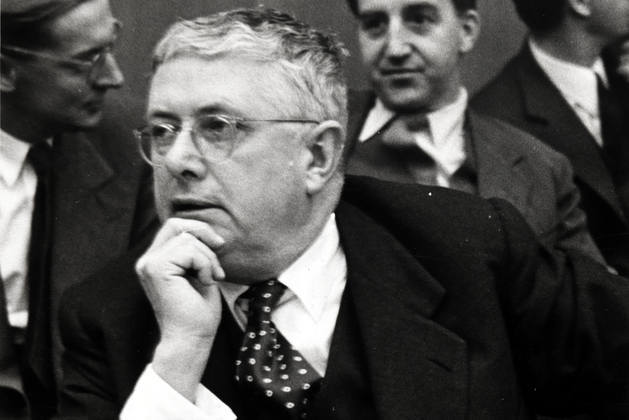