We might not be able to change who we are, but we can certainly change what we do 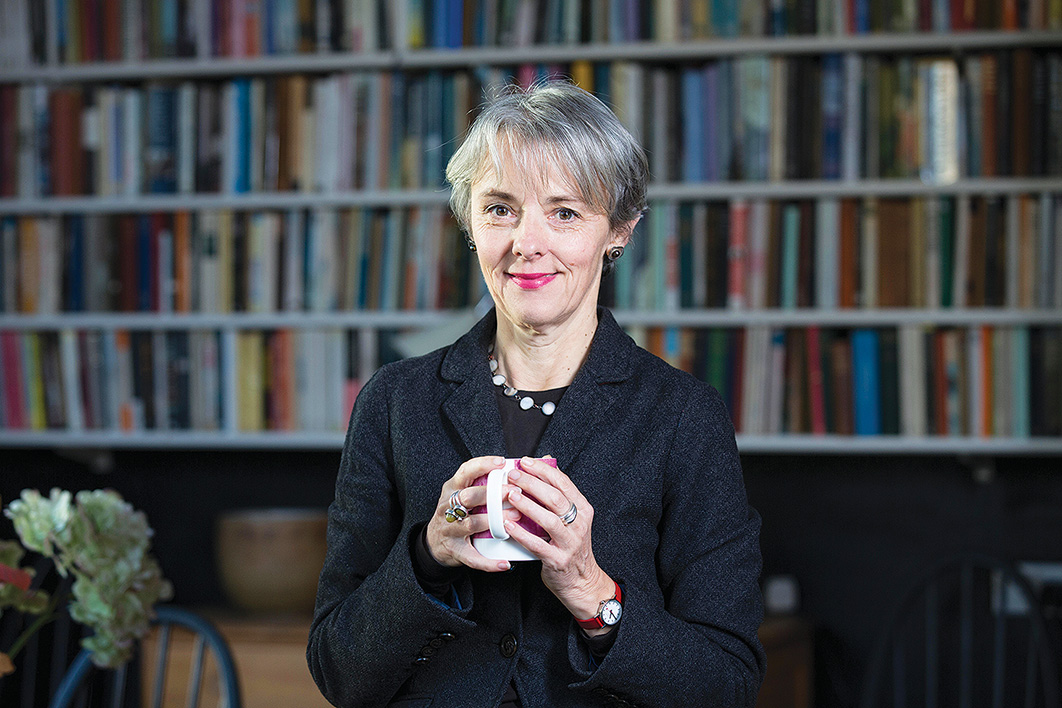 Not so much a grand quest: journalist turned teacher Lucy Kellaway. Jeff Gilbert/Alamy

According to Erik Erikson, wise but unfashionable psychoanalyst, the key task of middle age is to avoid stagnation. The challenge is to develop what he dubbed generativity, a concern for making the world a better place by contributing to the next generation. How better to do that than become a teacher? The next generation is corralled in your classroom, bright-eyed and half-formed, just waiting to be educated.

Of course, teaching is not as simple as transferring a half century of life lessons into grateful young minds. Even so, the profession exerts a pull on many midlife adults seeking a second career. Studies find that they are often motivated by desires to do more meaningful work, to have more flexible work schedules and to share what they have learned with young people. In the words of Dan, a former winemaker profiled on the website of Teach for Australia, an organisation that helps people make the transition, “It sounds trite, but I genuinely wanted to give back.”

Lucy Kellaway’s new book is an affecting account of her own fateful decision to leave one outwardly successful life behind and begin another in front of a class at a disadvantaged London school. Working in “an office full of hacks” at the London Financial Times for two decades as the writer of a celebrated column, mother of four children and dutiful daughter of an ageing father (an émigré from 1940s Melbourne’s “cultural desert”), she was inwardly stagnant. Two years later, her father dead, she has quit her job, separated from her husband, bought her dream home and trained as a teacher. Along the way, and before even stepping into a classroom, she co-founded Now Teach, a charity that facilitates the career shift she is navigating.

Kellaway’s description of her pre-revolutionary life is unsentimental. She was more bored than burnt out by her work. “What sustained me all those years was a personality flaw that is common in journalists,” she writes. “I was both insecure and a show-off.” As the status anxiety and fear of failure that sustained her work diminished, she lost interest. At least in the telling, the dissolution of her marriage was equally deflating, more a matter of frustration with her husband’s tendency to clutter up the house than of bitter fighting.

Kellaway recognises herself as someone with a constant need to be busy, and it is her energetic pragmatism that drives her “to do something more useful” as a teacher and to launch Now Teach. Its success in attracting middle-aged recruits is a pleasant surprise to her, although not without wrinkles. One applicant signs up only to withdraw his application the next day after being reminded by his wife that he doesn’t like children.

In her illuminating treatment of the everyday experience of teaching, Kellaway observes that she works harder than she ever did as a journalist, although perhaps not as hard as in her first job as a banker, which she describes as “a lethal combination of stress and boredom.” The challenges of enforcing student discipline and buckling under the institutional discipline of endless forms, guidelines and new educational technologies are made vivid in a chapter that sketches a typical day.

Kellaway is astute on how teaching is both harder and easier for mature-age teachers than for their younger peers, and how the former’s success hinges on feeling comfortable with public failure, being bad at something all over again, and experiencing a loss of status and ambition. Over time, interestingly, she becomes more favourably disposed to aspects of teaching practice that can seem cynical or authoritarian to outsiders, such as teaching to the test and firmly enforcing arbitrary rules of behaviour and dress. Carrots must, at times, be supplemented by (non-literal) sticks.

Re-educated is mainly a story about the concrete realities of becoming a teacher, but much of its charm and heft come from its broader personal narrative. It demonstrates the value of female friendship, the disappointments of midlife dating, and Kellaway’s struggle with abandoning hair dye and going grey, accompanied by some characteristically sharp-witted remarks about “follicle sexism.” Men tend to come off poorly, but the embrace of family is celebrated.

Kellaway’s reflections on educational privilege are telling. “[T]he just-be-happy-darling school of education was a luxury for the middle classes,” who have a safety net in case of underachievement that is unavailable to other students. Her own elevation from indifferent high school student to gilded Oxford undergraduate to overpaid City of London banker is a case in point.

This memoir of reinvention makes an interesting contrast with American journalist David Brooks’s The Second Mountain, which I reviewed for Inside Story in 2019. Like Kellaway, Brooks underwent a midlife career switch and exited a longstanding marriage. His book chronicles a similar experience of stuckness followed by a pivotal decision to follow a new path through the remainder of life. That’s where the similarities end. Where Brooks likens the new path to climbing a second mountain, Kellaway presents it as not so much a grand quest as a process of stumbling through incompetence towards being a good-enough teacher. Her path is not so much up as down or sideways.

Brooks’s second mountain demands a profound moral transformation, in his case accompanied by a spiritual awakening, whereas Kellaway sees herself not so much uplifted as simply more useful. For Brooks, the first mountain represents individualistic achievement, the greying mountaineer leaving it for a second peak of belonging and community. Kellaway’s new life has its social benefits — she enjoys pub nights with her fellow teachers — but part of what motivated it was a desire to escape from the demands of belonging: the decades spent looking after children, husband and ageing parents.

Kellaway scripts her change-of-life direction half as comedy, complete with humiliations and faux pas, and half as factual reportage on the nitty-gritty of daily life in school. Throughout, she avoids generalising her experience to others, let alone pronouncing on the human condition, and she makes few prescriptions aside from recommending we become second-career teachers. She concludes that her life’s sharp turn has not really changed her, but merely changed the settings in which she operates and brought out aspects of herself that had been neglected.

Brooks’s script is more of a romance and a rallying cry. He documents a redemptive personal transformation, theorises it as a moral calling, and advocates it to others. The reader can decide how much these different ways of storying life changes should be attributed to transatlantic cultural differences, and how much to gender or personality.

Re-educated is an enjoyable and edifying read. Without having any of the usual trappings of inspirational writing, it somehow convinces readers of a certain age that life change is an enlivening option, while reminding them that it is neither easy nor reliably fun. Kellaway doesn’t pretend that we can change who we are merely by acts of will, or that all of us can sustain a new calling without disillusionment.

What is refreshing about this story is that it focuses on changing not who we are but what we do. The key is to be “released from the force of habit,” to take the leap into new environments, and to declutter one’s priorities. Her message is heartening: “it is possible, desirable and perfectly natural for people to start again in their 50s.” • 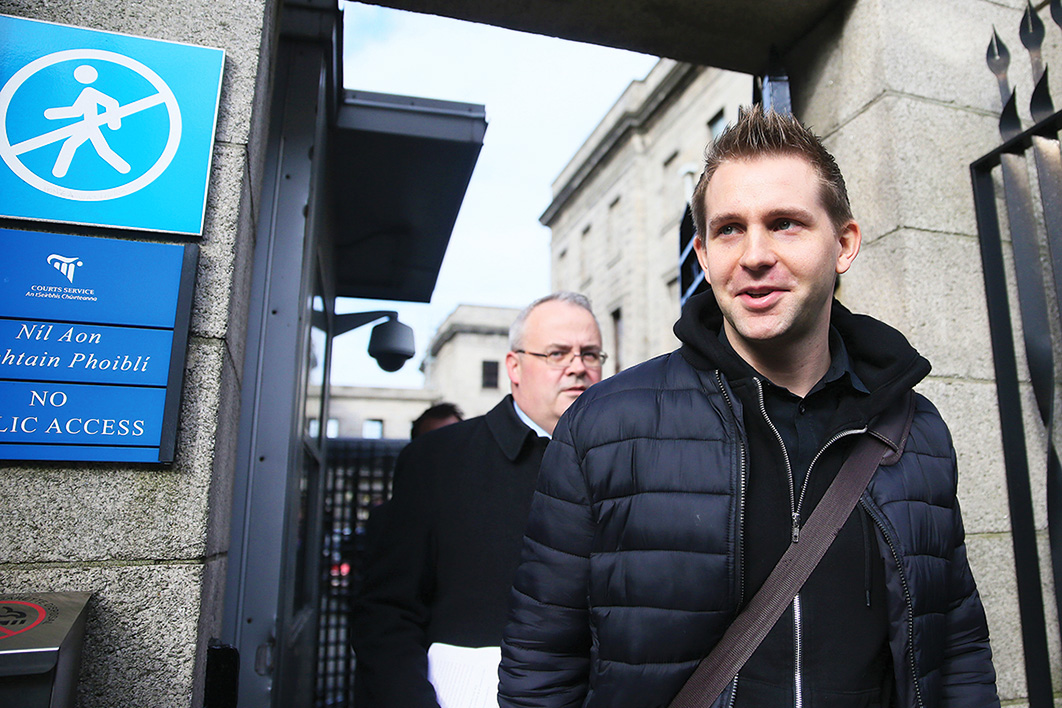