No power, but plenty of symbolism 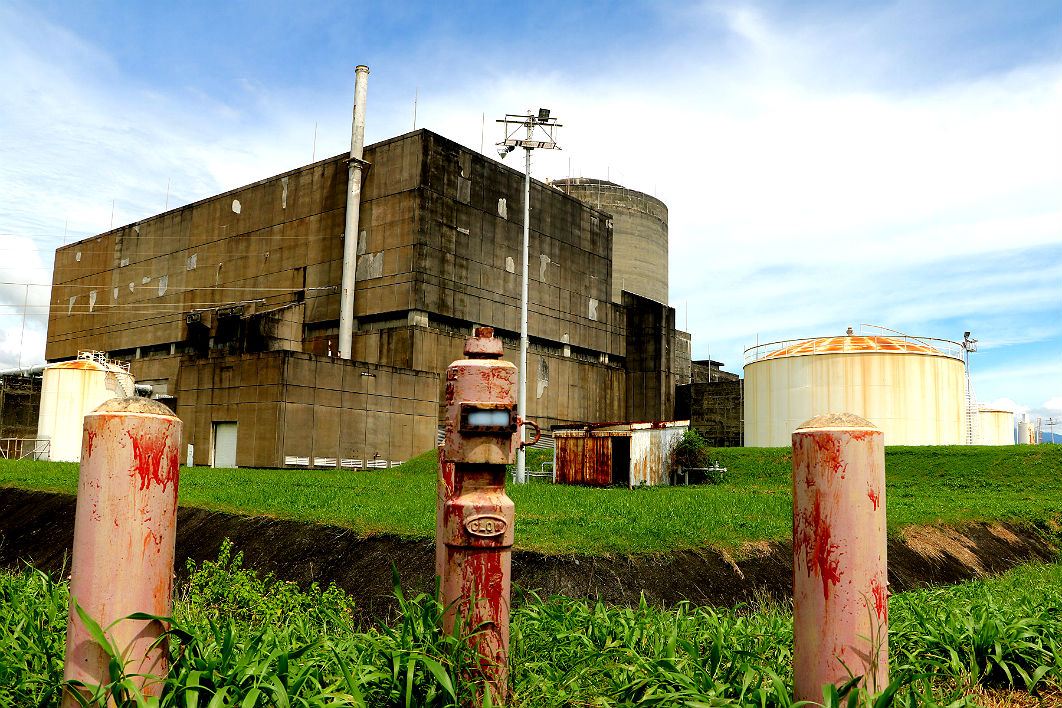 It looms into view at the entrance to Subic Bay, northeast of Manila, amid the lush green rainforest of the Philippine island of Luzon — a stark, angular, concrete monolith, not unlike a giant tombstone. You’d almost expect to hear the ominous strains of “Thus Spake Zarathustra” from Stanley Kubrick’s haunting sci-fi film, 2001: A Space Odyssey.

It is the Bataan nuclear power plant, an expensive and contentious US$2.3 billion investment by the energy-hungry Philippines. Begun more than four decades ago, it was finally paid off in 2007, having for many years drained funds from the national budget of a country whose per capita income is just US$9400. Yet, although the country’s power prices are among the highest in the region and act as a major disincentive for much-needed foreign investment, the plant has never generated a single commercial watt of electricity. Speculation continues about a possible activation of what has become a textbook, analogue-era white elephant.

Now, the plant has taken on new symbolic significance with the growing drive to rehabilitate Ferdinand Marcos’s reputation. The late dictator’s declaration of martial law in 1972 plunged the Philippines into an era of murderous repression, massive civil rights violation and unbridled corruption, as the kleptocratic president and his circle bled the country dry. Marcos supporters claim the plant is a tribute to his farsightedness; his detractors portray it as a folly of the highest order that has left the people with nothing but debt.

The Bataan nuclear plant was initiated by the Marcos administration in response to the 1973 oil crisis, and was designed to reduce the Philippines’s dependence on imported oil. Construction of the 620-megawatt nuclear plant commenced in 1975 and was completed in 1984, at an inflated cost of US$2.3 billion, more than four times the initial bid of US$500 million. A brief test run on 28 May 1984 — the only time the plant has operated — generated 5 megawatts of power for a few minutes.

After Marcos was driven from power in February 1986, and in the wake of the Soviet Union’s Chernobyl nuclear accident two months later, the administration of Corazon Aquino decided not to bring the plant into operation, on safety grounds. Earlier, in 1979, construction work had briefly been suspended following the Three Mile Island nuclear accident in Pennsylvania, and a subsequent survey had highlighted numerous defects in the Bataan plant, along with concerns about its earthquake-prone location.

After Aquino pledged to honour the debts incurred by the Marcos regime, successive governments struggled to pay off the plant. Payments peaked at 4.36 per cent of total government spending in 1988, and the debt was only retired in 2007. On average, from 1987 to 2007, the Philippine government paid US$246,000 a day for the project. Sporadic attempts to upgrade the plant, or to convert it to a gas-fired operation, were eventually abandoned. The current word in Manila is that there is Russian interest in activating the project.

Marcos supporters claim the plant sits idle simply because it is identified with the late dictator. The most fervent advocate for the plant’s reopening, former Congress member Marcos “Mark” Cojuangco, told me this was a ridiculous situation. “Look, you don’t avoid using roads that Marcos built, nor do you boycott his hospitals, so why is this sitting unused when we have the most expensive electricity in the region?”

Cojuangco, a member of one of the wealthiest families in the Philippines, was educated at Sydney’s exclusive Saint Ignatius’ College Riverview. He turned up unannounced at the plant when I was visiting with a large group of graduate students enrolled in my anti-corruption course. His slick sales pitch — which he insisted was driven only by his passion — extolled the virtues of nuclear power, the quality of the workmanship in the plant and, of course, the vision of Ferdinand Marcos. He also showed a video in which he swam in the cooling pond of a Swiss nuclear reactor to demonstrate how safe it was.

Bataan is tainted not just by the Marcos name, but also by the dubious contract awarded to the giant US corporation Westinghouse over the only other contender, General Electric. Negotiations were handled by a golfing partner of Marcos, Herminio Disini, whose wife was a first cousin of First Lady Imelda Marcos.

General Electric submitted a proposal containing detailed specifications and a cost estimate of US$700 million. Westinghouse submitted a lower cost estimate, US$500 million, but without any detail or specification. A presidential committee tasked to oversee the project preferred General Electric’s proposal, but was overruled in June 1974 by Marcos, who signed a letter of intent awarding the project to Westinghouse. It was later revealed that the company had paid Disini a US$60 million bribe. He was also awarded the contract to build the plant, even though he had no prior business experience in such projects.

By March 1975, with little explanation, Westinghouse’s cost estimate had ballooned to US$1.2 billion. It later emerged that Westinghouse sold similar technology to other countries for only a fraction of the amount it billed the Philippines. Westinghouse claimed, however, that the increase in cost reflected project risks (volcanic and seismic activity, for instance) and the cost of facilities to house the plant’s workers — but it didn’t disclose that it had no doubt factored the Disini bribe into its calculations.

With the debt burden mounting in 1988, the Aquino administration launched legal action against Westinghouse, alleging it had paid bribes to Marcos, who had since fled the Philippines. Charges of corruption were also laid against Disini, but were dismissed by the ombudsman. Disini fled to Liechtenstein, where he lived a regal existence, purchasing both a castle and a noble title. A settlement was finally reached with Westinghouse in 1995, involving a package of US$40 million in cash and the construction of two 160-megawatt turbines valued at US$60 million.

Disini quietly returned to the Philippines in 2001, and criminal charges were filed against him. In 2012, the Sandiganbayan (a special court with jurisdiction over cases of graft and corruption) ordered that he return more than US$50 million in commissions from the Bataan deal. It dismissed charges against Marcos, who had died in 1989, ruling that while a close relationship was established between the two, “there is insufficient evidence to prove that [Marcos] actually obtained part of the commission.” Disini died in 2014 without having paid over the money.

Three years later, in Rodrigo Duterte’s Philippines, the pro-Marcos drumbeat is getting louder by the day. (A prominent cheerleader is the former dictator’s son, Ferdinand “Bongbong” Marcos Jr., who is also an advocate for Bataan.) The hulking monolith sits idle, an attraction for tourists and the merely curious, its obsolete technology looking like a museum piece — but still costing the government an annual US$1 million to maintain.

Apart from its association with Marcos, its legacy is a deep-seated public aversion to debt. The Duterte administration, trumpeting its “Build, Build, Build” policy, could have a hard time convincing a sceptical public of the need to “Borrow, Borrow, Borrow” to make the necessary investments in the future of this country. ●

The fall and rise of America’s rating agencies

Attempts to regulate rating agencies haven’t been notably successful. But perhaps the diagnosis was wrong 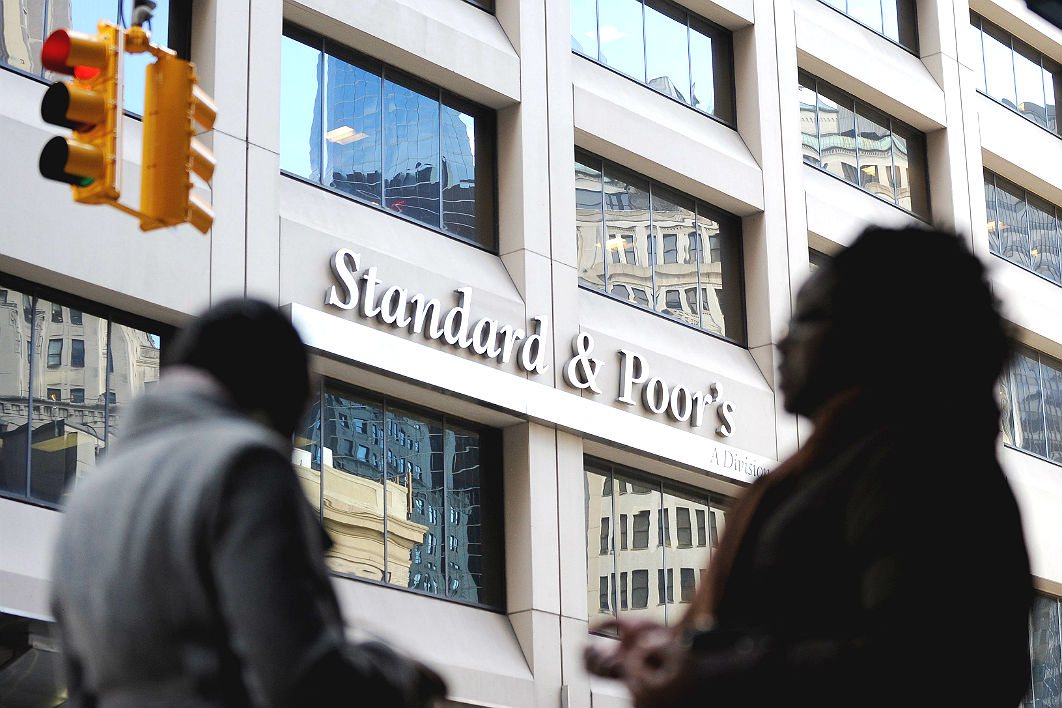