No time for austerity 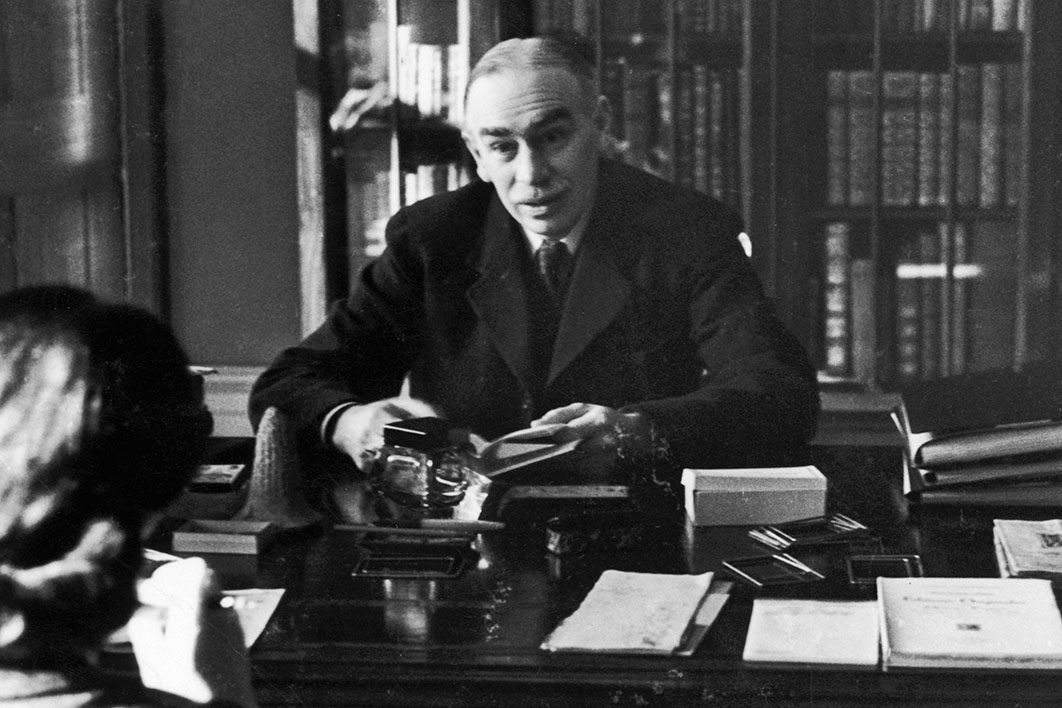 As the title of that book suggests, Keynes wanted to replace a “special” theory with a theory that covered all likely eventualities. The special theory that worried him was the central tenet of classical economics: that the economy always tends to full employment unless governments or unions get in the way. Keynes compared classical economists to those practitioners of Euclidean geometry who clung to their theory in the non-Euclidean world discovered by Albert Einstein. (Keynes’s title also echoes Einstein’s distinction between special and general relativity.)

The central implication of classical economics — which was articulated during the Great Depression by the American banker Andrew Mellon (“liquidate the rottenness”) and following the global financial crisis by the advocates of “expansionary austerity” — is that governments must respond to a recession by cutting taxes, cutting spending even more to balance the budget, and letting the private sector expand as it naturally will.

The disastrous failure of that approach, particularly in Europe, has put its advocates on the defensive. Nevertheless, the idea that deficits are always bad has plenty of intuitive appeal (think of Angela Merkel’s Swabian housewife carefully balancing the household books). Austerity has a particular grip on those in the policy elite whose thinking was formed in the “inter-crisis” period between the breakdown of the Bretton Woods system in the early 1970s and the GFC. That accounts for just about everyone in the political class aged over forty, with the exception of a handful of people who stick to positions they adopted in the 1960s or just afterwards, such as Jeremy Corbyn and Bernie Sanders.

Public expenditure has expanded everywhere in response to the pandemic, and the need for more spending will continue long after the virus is controlled either by continued restrictions or a vaccine. The fight against austerity will begin with the expiry of time-limited emergency measures, which will happen in the second half of this year (September in Australia and much sooner in the United States).

But if we can fight off the push for austerity, there’s another special theory that needs to be dealt with: Modern Monetary Theory, or MMT. The central point of MMT is that it’s best not to think of taxes as a way of funding public expenditure. Rather, for any given level of public spending, taxes ensure that the budget balance is at a level sufficient to keep the economy in a stable equilibrium with full employment and low inflation. (In conventional accounting terms, that may be a surplus or a deficit budget.) As long as inflation is not a problem, there is no need to balance increased public expenditure with higher taxes, and no need to worry about budget deficits.

MMT effectively assumes that the economy is always in what Keynes called a “liquidity trap” — in other words, economic activity is so depressed that cutting interest rates to zero has no effect on demand. People simply pile up money rather than spend it. The only solution in these circumstances is government spending. And, as long as the liquidity trap continues, governments can keep increasing their spending, financed either by creating money or issuing zero-interest bonds.

The problem with MMT is that, if it’s applied successfully, it destroys the conditions under which it works. Once the economy reaches full employment, any increase in public expenditure requires a corresponding reduction in private expenditure. The only sustainable way of achieving this is through taxation, and the only just way of doing it is through progressive taxation. Those in the top decile of the income distribution need to give up a bit more of their consumption, and those in the top 1 per cent need to give up a lot more.

MMT advocates like Stephanie Kelton concede this theoretical need for taxation, but continually dance around the point. They agree that increasing the progressivity of taxation would be a good way of reducing inequality but push the idea that it is an optional extra rather than a necessary condition for greatly expanded public programs such as a Green New Deal.

Economists Yeva Nersisyan and L. Randall Wray seem to agree. In a recent paper they suggest that the Green New Deal can be financed without “taxing the rich” (a problematic term for progressive income taxation, since so few people admit to being rich), relying instead on “well-targeted taxes, wage and price controls, rationing, and voluntary saving.” “Well-targeted taxes” turns out to be a euphemism for a payroll tax surcharge, the most regressive form of broad-based tax.

Nersisyan and Wray draw on proposals Keynes made in his paper “How to Pay for the War,” which include measures such as rationing and deferred pay, along with large trade deficits. But the central point underlying Keynes’s analysis was that the war could not last forever. One way or another, the struggle with Hitler would be decided. Given that prospect, and with the total mobilisation needed for a life-or-death struggle, measures like deferred pay and rationing were a way of sharing a necessary sacrifice. They were additional to, not a substitute for, steep increases in income and consumption taxes.

A permanent change like the original New Deal or a Green New Deal can’t be sustained with temporary wartime expedients or expansionary fiscal policy. What is needed is a transfer of resources from private consumption and privately directed investment to public use. That can be achieved through various forms of predistribution (by strengthening unions, for instance), which would reduce the pre-tax incomes of those receiving excessive rewards, or by taxation. While both need to be pursued, it’s unlikely that predistribution can do all the work.

For the moment, however, traditional Keynesians and MMT advocates agree. We need a lot more public spending to deal with the current crisis, and there is no need to worry about budget deficits. As Keynes said in 1937, “the boom not the slump is the time for austerity at the Treasury.” •