Books | Our experience of time has a lot to do with how we balance past, present and future 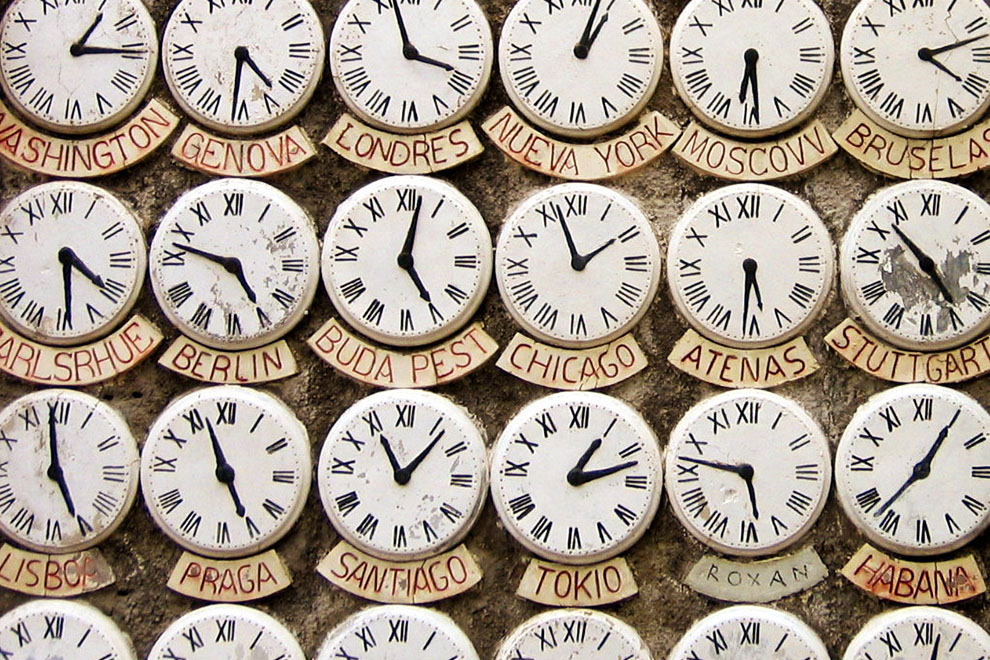 Felt Time: The Psychology of How We Perceive Time
By Marc Wittmann | MIT Press | $32.99

For the great American poet Walt Whitman, time was a constant preoccupation. He celebrated the vividness of the present moment – “To me, every hour of the day is an unspeakably perfect miracle” – and also its ambiguity: “The future is no more uncertain than the present.” He made his peace with time’s passage – “Here or henceforward it is all the same to me, I accept Time absolutely” – and understood it not as a physical abstraction but as a psychological reality: “Nothing endures but personal qualities.”

Walt might have had much to talk about with another Wittmann, this one a contemporary German psychologist, who has written a short meditation on the subjective experience of time and its neural foundations. Marc Wittmann’s book is an engaging overview of current thinking about how phenomenal awareness of time arises, how it is embedded in our experience of our bodies, and how mental illness and brain damage are associated with alterations in these processes.

Felt Time is made up of seven essay-length chapters. Each chapter stands on its own as an exploration of one aspect of subjective time, and there is no obvious logical progression from one to the next. The first chapter launches an investigation of temporal myopia, the way in which people neglect or irrationally discount the future, and how that short-sightedness is linked to impulsiveness in conditions such as attention deficit hyperactivity disorder. Wittmann contends that overvaluing our present can lead us to damage our future, but also that overvaluing the future can cheat us of a satisfying present. Being oriented too much towards future events and achievements can deprive us of the chance to live spontaneously and to be fully in the presentness of the moment. Compulsiveness is no more healthy than impulsiveness, in other words, although Wittmann offers no guide to finding the sweet spot between them.

The following chapters explore how time itself is experienced, suggesting that this perception occurs at four levels of granularity. At the finest grain, the present appears to last around thirty milliseconds, the span below which people can’t reliably detect the order of sensations. This level of temporal resolution offers a clue to the sense of time accelerating or decelerating under conditions of normal emotional arousal as well as abnormal neurological conditions. At the second level, the present moment seems to last between two and three seconds, the duration of many conversational turns and musical phrases and also, perhaps not coincidentally, of a human breath. Each short segment of experience represents an integration of perceptual experience into a single unit, and cultivating mindfulness allows us to participate fully in it. The third level, enabled by working memory, knits together moments into more lasting periods, and at the highest level these are assimilated into a narrative sense of self and personal history within long-term memory. Wittmann’s emphasis here and elsewhere is on the lower, shorter levels of time perception rather than the longer frame in which the sense of identity resides.

These chapters on the perception of time lead into chapters on its functions and our fears. Wittmann explains that we still don’t know for certain whether an internal clock or “cerebral pacemaker” exists, although humans and many other creatures can be quite skilled at estimating duration. This skill alerts us to when events are not occurring at the expected pace, as in the aversive experience of waiting. Although there may be no inner metronome, there is a daily (“circadian”) biological rhythm, and individual differences in how it operates have very real consequences. Wittmann presents the intriguing idea that the owl chronotype – people whose physiology impels them to late bedtimes – can experience “social jetlag,” landing blearily each morning in the foreign nation of early-rising larks. All of us, however, share a sense of time as a finite quantity that concludes in death, and the awareness of that regrettable fact may account for the experience of time passing more quickly with age. Wittmann recommends that we seek out novelty and variety as a way to stretch time, and observes that monotony makes time move slowly in prospect but seem to have raced in retrospect.

To conclude the book, Wittmann examines the self-consciousness of time, arguing that subjectivity arises from our sense of embodied persistence. It is not the succession of external events that gives us a sense of self extended through time, but rather the continuous internal awareness of our bodies. Time itself is not experienced directly but is apprehended through bodily rhythms such as the heartbeat, integrated by the brain’s insular cortex.

Felt Time makes for enjoyable and illuminating reading without resorting to gee-whiz sensation or didacticism. Wittmann’s writing, as filtered through Erik Butler’s unobtrusive translation, is neither showy nor self-consciously academic. He accessibly presents a variety of empirical studies in neuroscience and psychology, as well as distillations of philosophers not known for their accessibility, particularly the noted obscurantists Martin Heidegger and Edmund Husserl. One refreshing element in a book that aspires to present the latest ideas on mind and brain is the attention paid to German research and the broader German intellectual tradition. In a scientific domain where there is a significant bias towards the Anglophone countries, and especially the United States, this book stands as a useful corrective and should give wider exposure to some neglected European ideas and research findings.

For all its virtues, though, this book also stirs a few frustrations. Inevitably, one of these has to do with its omissions. The study of time in the human sciences is a vast and complex territory, and a slender text can’t hope to map it comprehensively. Even so, Wittmann has much more to say about the experience of the present than about how we imagine the future or remember the past. Our subjectivity includes a vivid sense of the moment but it is also wrapped up in forecasting what is possible and making sense of what has come to pass. Felt Time briefly explores how we discount the future or simply ignore it because it lies beyond our time horizon, but it is mute on the important question of how we make predictions about the future and how different imaginings affect us. Our subjective orientation to the past is also neglected almost completely. A sense of narrative continuity through time is essential to personal identity, and memory provides a foundation for it, but the focus of the book remains firmly on the experience of the present moment.

Other limitations of the book are structural. Time offers such a range of topics that the author tends to flit from one to another, sampling each briefly rather than settling for a period of patient exploration. This associative style is well illustrated by a chapter on the self and temporality, which bounces from an examination of the role of the insular cortex in bodily perception to a somewhat immodest solution to the mind–body problem, then on to a short dissection of boredom, and finally to a sociological discussion of the accelerating pace of technological development and the modern crisis of busyness. The pace of this veering intellectual tour will appeal to some readers, but others will find that it induces conceptual whiplash and an intellectual appetite stimulated but not whetted.

The book’s occasionally disjointed structure is symptomatic of a more general uncertainty about its aims. It is in some respects a genre-bending work, part science journalism, part popular philosophy and part advice manual. This hybridity is a departure for MIT Press, which has a proud record of publishing cerebral texts in the cognitive and brain sciences. The mixture can be engrossing. Wittmann moves smoothly between reporting on recent laboratory studies and citing long-dead phenomenologists, rarely falling into the trap of faux profundity that often snares writers of popular neuroscience. At other times, though, the switch from academic language to the language of self-improvement can be jarring. Wittmann’s injunctions to live mindfully in the moment and to exert control over the tempo of one’s life add a sermonising tone that the book could do without. To this reviewer, they called to mind Nicholson Baker’s delicious takedown of advice to “seize the day.” Carpe diem, he observes in The Anthologist, means to “pluck” the day, not seize it. We should “gently pull on the day’s stem” so as not to crush its delicate fruit. “Don’t freaking grab the day in your fist like a burger at a fairground and take a big chomping bite out of it.”

For all its limitations, Felt Time is a mind-broadening book and one that can be read profitably by humanists, scientists and laypeople alike. Wittmann’s amiable curiosity will inspire readers to continue their own exploration into time’s mysteries, perhaps taking one of the book’s almost 200 notes as a stepping-off point. Time is a limitless topic, but as ours is so limited it is almost a blessing that this fascinating book can be read in an afternoon. •

A penalty lifted off the economy 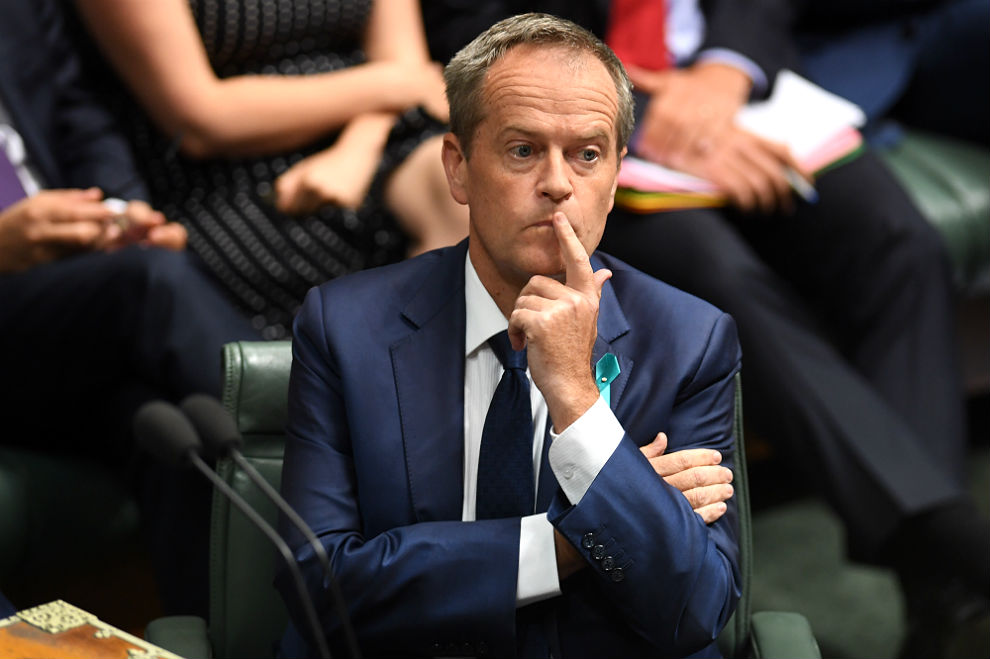