Not as easy as it looks

The pressure has intensified for the government’s top two office-holders, writes Peter Brent 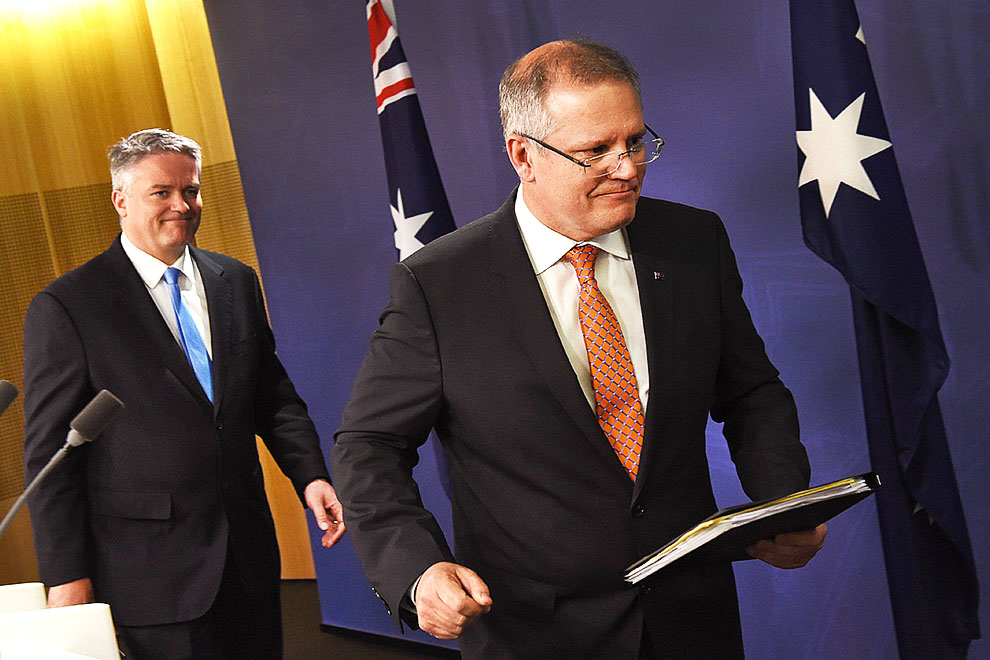 Newly minted prime minister Malcolm Turnbull and treasurer Scott Morrison demonstrated this week what their predecessors all had to learn: that the job you’ve long been coveting and telling yourself you’d do so much better than the incumbent isn’t as easy as it looks. Once you’re in these positions, the media’s demands are more powerful and there is less room to move.

When an election brings a change of government, the political sphere enters a brief hibernation. The new team doesn’t face any immediate expectations. But when a prime minister is replaced during a term the business of government doesn’t stop, and the new leader is expected to hit the ground running.

In early January 1992 the newly installed Paul Keating was, to many observers, surprisingly tentative in the job he had so long seen as his destiny. His awkwardness with visiting US president George Bush was widely noted.

Julia Gillard was much more sure-footed after replacing Kevin Rudd in 2010. Her theme of avoiding the mantle of incumbency was dreadful politics, but she was eerily disciplined and charming, and the media loved it. So did the country, at first. And, of course, the returning Rudd in 2013 had no need of a prime ministerial learning curve.

Over the past ten days Turnbull has been doing a lot of umming and aahing in interviews, determined to the point of self-consciousness not to morph into a polished politician reeling off rote-learned answers. Malcolm does things his own way.

But his strategy of leaving all policy on the table came unstuck on Wednesday after an interview with David Speers on Sky News, in which he refused to rule out the possibility that the poor souls detained on Nauru and Manus would be resettled in Australia. “I have definitely ruled out answering rule-in rule-out questions from journalists…” he said, and then, among other waffle: “Our policies will change, all policies change. But when we do make changes we will do so in a considered way and they will be made by the ministers, the minister, myself, the cabinet.”

After the exchange was quickly picked up and reported, with added spice the way journalists do, he went on Patricia Karvelas’s Radio National Drive just after 6 pm to state categorically that those people will never, ever settle in this country.

Obviously someone had had a word in Malcolm’s shell-like. Folks with a taste for culture war stories will be tempted to believe it was about “battlers!” or “Tony’s tradies!” but almost certainly the audience he was concerned about was further afield: the people smugglers and their clients who might be tempted to again try their hand at even the whiff of a “softening” of policy. The fact that he’d appeared to leave the door open to a policy change was a surprising fumble.

Morrison, meanwhile, gave a less than impressive performance in an interview with Leigh Sales on the ABC’s 7.30. Earlier in the day he had made a macho declaration from a podium that the government has a spending problem, not a revenue problem. It’s something the current Treasury secretary once inexplicably asserted, but anyone who can count knows it’s not true.

The latest published revenue estimate for the year just ended, 2014–15, is 23.5 per cent of GDP. Even though that’s the highest proportion of GDP since 2007–08, it was exceeded in every single year of the sainted Howard government. Slotting that figure into Peter Costello’s budgets (and leaving his spending the same) produces deficits in nine out of twelve years. And using revenue from any year from 2009–10 to 2013–14 produces no surpluses at all across the Howard era.

The budget remains stubbornly in deficit both because spending is too great and because revenue is too low. But on 7.30 Morrison continued insisting black was white, feebly pointing to the projected figure at the end of the forward estimates, in 2018–19. He also fumbled over a percentage figure that Sales picked him up on.

This is the Treasury Scott, where there are no “on-water matters” and playing the tough guy only takes you so far.

It’s too early to say “come back Joe, all is forgiven,” but Morrison’s ultimate bragging rights as treasurer will, like his predecessors’, largely come down to how much revenue he can gather. The government can hack and hack into spending all it wants, but unless it receives growth spurts, as the Hawke government did in its first seven years, and as the entire Howard government enjoyed, Morrison will join Wayne Swan and Joe Hockey as portfolio occupants who were defeated by the numbers.

Though it’s unlikely he plans to be in the job for too many years. A higher calling beckons. •