Now for the real climate action

Fergus Green outlines the next steps Australia must take 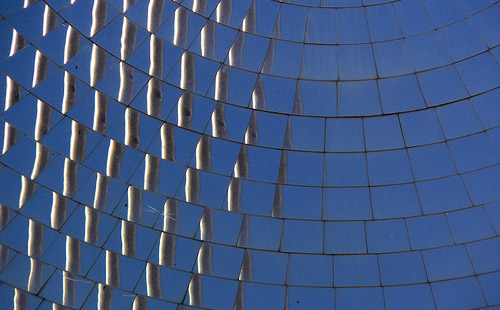 AFTER decades of scientific warnings, years of policy development and months of polarised politicking, Australia finally has a legislated carbon pricing scheme. So now we can just sit back and relax as the invisible hand of the carbon market works its magic to deliver us a “clean energy future,” right? Not exactly. Let’s have a look at the numbers.

Even if the government adopts caps equivalent to the emissions reduction target of 80 per cent by 2050, Australia’s emissions are projected to be about the same as they were in the year 2000 – around 550 million tonnes of carbon dioxide equivalent – according to Treasury’s modelling of the impact of a carbon price. This apparent contradiction is due largely to the fact that companies will be able to outsource their reductions by purchasing international offsets to meet their liability.

Australia’s non-transport energy mix in 2050, though different, will still consist substantially of fossil fuels. We’ll still be using coal for a significant amount of our electricity, on Treasury’s reckoning, and our use of gas as an electricity source will more than treble. Although renewable energy will grow considerably as a share of Australian electricity, it will remain below 50 per cent of total generation by 2050. The carbon price will not be high enough to stimulate the scale of investment in renewable energy required for a “clean energy future”; the cost gap between fossil fuels and many renewable energy technologies will be too big for our low carbon price to bridge, even when subsidies through the Renewable Energy Target scheme are taken into account. The new Clean Energy Finance Corporation and Australian Renewable Energy Agency will help fund the research, development and deployment of renewable energy, but they will not dramatically change the scale of renewables in Australia.

Treasury projections for the transport sector further belie the promise of a “clean energy future.” In most scenarios, transport emissions are projected to be higher in 2050 than in 2000, reflecting strong growth in road transport activity. While the transport fuel mix will shift towards lower-polluting sources, a high reliance on emissions-intensive fossil fuel sources will continue. The situation will not be helped by the fact that, under the new scheme, transport fuels used in passenger vehicles and in certain industries will be exempt from the effective carbon price to be imposed through changes to the system of fuel excise and fuel tax credits.

And then there are our fossil fuel exports. Emissions that occur overseas from the combustion of fossil fuels such as coal and gas exported from Australia are not covered by our carbon pricing scheme. Australia is already the world’s largest coal exporter and our “exported” greenhouse gas emissions are already higher than our domestic emissions. According to government data from the Australian Bureau of Agricultural and Resource Economics and Sciences, more than eighty new projects to expand Australia’s coal mining capacity over the next decade are in the pipeline. These new mines and mine expansions would see Australia exporting an additional 600 million tonnes of coal per year by 2020, roughly trebling Australia’s exported coal emissions.

And all of this will take place in a world that must rapidly reduce emissions to have a decent chance of avoiding global warming of more than 2°C – a level that many in the climate science community see as too risky anyway.

To be sure, the carbon price package is an important step that will at least bring about significant emissions reductions relative to our (quite sobering) “business as usual” emissions pathway. The carbon price will make emissions-intensive energy sources a bit more expensive and reduce somewhat the supply of coal-fired electricity in our energy mix. The new clean technology bodies will provide valuable assistance for the development of renewable energy. And the Carbon Farming Initiative and Biodiversity Fund will promote carbon savings and more sustainable practices in the land sector.

One could, in fairness, label it the “slightly less dirty energy future” package. But, to borrow a phrase from The West Wing’s Josh Lyman, no one ever wrote a folk song about that.

IF AUSTRALIA is to forge a truly clean energy future and make a serious contribution to the global response to climate change, a whole host of further reforms will be needed. Here are a few ideas.

The most important shift that has to occur is in the government’s mindset. A generation of Australian policy-makers and politicians has been raised on the fantasy that climate change will be “solved” by all countries agreeing to a comprehensive emissions reduction treaty imposing individual targets that will “add up” to a magic number of emissions cuts sufficient to avoid dangerous levels of warming, and that such an outcome will be achieved at lowest cost through the establishment of efficient global carbon markets. It’s what Ross Garnaut calls “the Holy Grail.” Since the timely establishment (let alone the effective administration) of such a regime is virtually unimaginable, it is simply not credible to make Australian policy on this basis.

A new approach must begin with a realistic and up-to-date appraisal of the climate science, of the transformative opportunities – both technological and social – to meet the mitigation challenge implied by the science, and of the range of policy mechanisms across different levels of government necessary to unlock those opportunities.

The most obvious result of any such frank appraisal is that Australia must dramatically expand the scope of its emissions reduction efforts so that they align with a fair share of the scientifically informed global carbon budget. Determining our “fair share” is a complex calculus that necessarily combines ethical, scientific and social–scientific judgements. According to a leading research centre, the Potsdam Institute for Climate Impact Research, for example, a fair contribution by a developed country like Australia would entail complete decarbonisation within the next decade. However we determine the precise timeline, the conclusion that we need to transition to a zero-emissions economy sooner or later is virtually unavoidable.

To achieve a domestic transformation on that scale we must come to think of the carbon market not as an exclusive means of cheaply meeting an arbitrary target, but as a support mechanism that multiplies the effect of a whole range of other measures. That means altering Australia’s domestic scheme so that it becomes a hybrid emissions scheme with a rising price “collar” (a floor price and ceiling price) and tight scheme caps that compel domestic emissions cuts in covered sectors.

Because it mitigates the risks of low or volatile carbon prices, a price floor is an important means of providing long-term certainty to investors in long-lived low-emissions assets like renewable energy generation. It would also ensure that additional emissions reduction measures (like those outlined here) in sectors covered by the scheme don’t simply counteract the operation of the carbon price without reducing emissions. The price ceiling, on the other hand, would mitigate the risk of overly high carbon prices, particularly in the early years of the scheme, which could undermine political support.

To meet Australia’s targets and carbon price scheme caps through emissions reductions within Australia, liable entities would need to be prevented from relying on international or domestic offsets for compliance purposes. The fact that the current scheme allows them to rely on expanding domestic sinks and paying for emissions reductions in other countries instead of reducing their emissions reveals yet another way in which the scheme is predicated on false science. Staying within a credible global carbon budget requires countries like Australia to cut domestic emissions in addition to investing in emissions cuts overseas and in addition to expanding carbon sinks. (This could be done using, for example, additional scheme revenue made available by reducing wasteful industry compensation.) Moreover, precluding international offsets would bring greater stability and predictability to Australia’s scheme and ensure that all scheme revenue goes to the Australian government rather than overseas carbon creditors.

ALL of these changes could be made with the smallest of tweaks. The long-term target is a policy that could be changed at a pen-stroke. The scheme caps are to be set out in regulations, providing the greatest possible flexibility to make them tighter. Moreover, the new scheme is set up to operate under a hybrid (price collar) structure for the first three years of the floating price phase (from mid 2015 to mid 2018); these arrangements could readily be extended by continuing the price floor and ceiling indefinitely and by raising the indexation rate for each – changes that would entail the amendment of a mere handful of words from 400-odd pages of legislation. Precluding reliance on international and domestic offsets would entail equally straightforward legislative amendments. As Senator Christine Milne recently pointed out, the scheme was “designed carefully to have as many points of review as possible, as many opportunities for campaigning as possible, and as much independent expert advice as possible” so as to maximise the potential for these kinds of legislative changes.

But ensuring a “clean energy future” and effectively responding to climate change require policy reforms beyond the carbon pricing scheme. Even if the above changes are made (and all the more so if they are not), the scheme on its own will fail to catalyse the Australian transformations needed, because of its limited sectoral coverage and the presence of a wide range of other structural, market and social barriers. A national feed-in tariff scheme (which provides guaranteed payments to renewable energy providers per unit of electricity supplied to the grid) will be needed to scale up the deployment of renewable energy and overcome the inevitable gap between production costs for renewable and fossil fuel–based electricity. Public investments (in public transport and energy grid infrastructure, for example), regulatory changes (to planning laws, efficiency standards and energy market rules, for example), market mechanisms (including expanded fuel tax arrangements), incentives (for land sector abatement, for example) and education/behaviour change campaigns will all be needed on a far greater scale than is occurring at present.

Most importantly, these measures need to be complemented by a comprehensive diplomatic and economic strategy to promote transformation overseas. The best place to start would be by curtailing our massive and ballooning fossil fuel exports while aggressively expanding our investments in renewable energy and other green projects overseas, then leveraging these initiatives to pressure other governments and private investors to follow suit. We should also contribute to global innovation by investing substantially more in the research, development and deployment of clean technologies (which bring down production costs in ways that benefit all countries).

Taken together, these proposals form a coherent package of reforms that would not only ensure Australia had a clean energy future, but also considerably improve the chances of stimulating sufficient global action on climate change (which, after all, is the main objective).

Yet a reform package along these lines is nowhere near the political radar of the two major parties. Now that we have overcome the trauma of the facile carbon price debate, the climate movement and the community at large must put such a package, and the vision that underpins it, on the national agenda and campaign for it vigorously – without compromise. The Australian movement for truly transformative climate action must start now. •

Fergus Green is a lawyer and policy analyst specialising in climate change. He writes each month for Inside Story.

Fergus Green is a PhD candidate in the Department of Government at the London School of Economics & Political Science.