Of kings and conferences 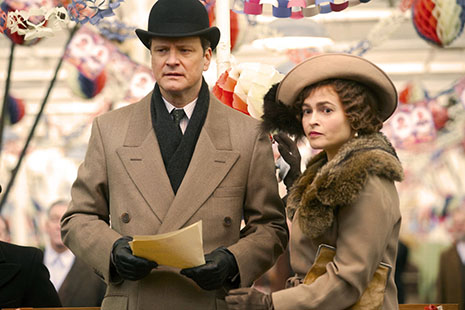 EVEN though the story of the 1936 Abdication (they often gave it a capital A) and the succession of King George VI may be lost in the mists of time for most of us, it still hangs around; for the present generations’ grandparents and great-grandparents, it was a far bigger story than any Hollywood scandal. It merged with the Battle of Britain, the heroisms of the home front, the blitz; with Menzies telling Australia (“It is my melancholy duty…”) that if Britain was at war, then “Australia is also at war.” Within all that there were the royals, the model of the good family, led by the nervous, virtuous king who would not leave London through the blitz. Offstage, in vaguely disgraceful ambiguity, there were those who had failed their duty, the departed Edward VIII and his lady (twice divorced! how could she be acceptable?). The skills of a historian, a sociologist and a good dramatist combined would be needed to unpack the ways in which the royal melodrama worked to support family-values morality for decades. The playwright would be highly conscious of the theatre of the absurd.

The history is the backdrop to The King’s Speech, and to its extraordinary popularity. At my local Dendy, it’s hard to find a seat. At its centre, the film, directed by Tom Hooper, works as a particularly strong two-hander, with Geoffrey Rush’s mix of unsinkable mischief and resolve balanced by Colin Firth’s struggles for verbal confidence, alternately pitiable and noble. But the surrounding performances are very strong; Timothy Spall’s growling Churchill provoked a friend of mine to say that he should do nothing but play Churchill for the rest of his career; Derek Jacobi does a great archbishop; Claire Bloom gives Queen Mary humane intelligence; and for a few minutes early on, Guy Pearce steals the show as Edward VIII delivering the abdication speech. Helena Bonham Carter is a feisty and believable Queen Elizabeth, but the script gives her too little to do after Lionel Logue (Rush) has taken up the job. She wears the notorious hats very well.

Some are concerned that the film’s huge success is a symptom of deep conformism, of political inertia; it has been called a loyal film. As a deeply republican cinephile – republican, of course, in the Australian sense – I cannot share those reservations. It wouldn’t matter if this George VI was the king of Ruritania; kingship here is merely one human and historical situation, and your republican audience-position is irrelevant, as it is when you’re watching Shakespeare. There is, too, the anti-monarchist, nonconformist element; in this story it is from Australia, from the colonies and from an insubordinate colonial, that help arrives.

CINEMA demands to be thought about, dissected, argued over indefinitely; ever since my earliest adventures with film festivals many moons ago, I’ve been struck by the intensity with which viewers – not necessarily aficionados – exchange responses. For some, such intensities are unravelled over time into student essays, PhDs and lifelong academic careers in cinema studies. Now and again you’ll find an aspiring scriptwriter, assistant director – or even director – expressing resentment toward those who, as s/he perceives it, are securely employed for merely talking about the stuff, while those who actually make it are living precariously from one job to the next. It’s not quite like that; the postgraduate who has her conference paper accepted (on, say, forgotten Hollywoods or outback picture-houses) may well be on a short-term contract, and overloaded with teaching to boot. The production worker and the film intellectual are both film workers; without the latter, we’d know far less about the huge range of cinema, past and present.

There were two film-study conferences in Sydney in December. Cinema, Modernity and Modernism, hosted by the University of New South Wales, was the fifteenth biennial gathering of the Film and History Association of Australia and New Zealand. This conference, which alternates occasions on each side of the ditch, pulls a fair crowd, and not only because academic cinema study is a popular option; the vitality of film in New Zealand (which I discussed briefly in my recent review of Boy) is also part of it. Another part is that young academics need their breaks, so it’s the kind of conference that offers several concurrent papers, and the necessity of choice is tantalising. The range of subject-matter was enormous, since “modernity” and “modernism” can mean everything you want them to mean, from pornography to Busby Berkeley, Fred and Ginger, Dino de Laurentiis on the Gold Coast, Bresson’s uses of writing and Godard’s uses of books; and three book launches were parts of the program. An enjoyable retrieval of a 1929 sound jazz film (Victor Saville’s Me and the Boys), by the archivist Graham Shirley of the National Film and Sound Archive, demonstrated the intensive craftwork of film restoration, and equally its rewards.

There were three papers on Iranian cinema; one of those, Michelle Langford’s “Honest Shadows” on About Elly (2009; directed by Asghar Farhadi) was exemplary in its clarity and attention to the relation of screen and audience, and also to the culturally specific framework in which the film was developed. Like Antonioni’s now-classical L’Avventura, About Elly is centred on the disappearance of a young woman in a privileged middle-class milieu. The group of youngish lawyers is a kind of collective protagonist; the story unfolds to show how socially sanctioned practices of equivocation and dissimulation, carried out to avoid wounding and preserve peace, come into conflict with their chosen modernity. This film has won prizes around Europe, and in Iran itself; through it, and through the work of Michelle Langford and others, we can do some important virtual tourism. The films that emerge from that conflicted, complex society, in the teeth of censorship and repression, help to give a context for those passionate pro-Mousavi demonstrations around the 2009 election. Very many of them appear to be female-centred, thus insisting on women’s agency in situations where it’s forbidden to show women on film without their headscarves.

The other conference in Sydney was billed as the Politics of World Cinema symposium. This was a smaller and more intensive event, one session at a time, addressing, for example, the links between film and literary fiction in Chinese cinema; the dominance of realist strategies in war and anti-war films; the ways in which the figures of children and indigenous people become the foci for audience anxieties. The historian Judith Keene took us back to Korea and a film too often forgotten, Pork Chop Hill. “The film speaks to ideology and history as well as to the cinematic medium,” she said, and showed why; one particular battle toward the end of the Korean war in 1953 involved many thousands of Chinese and American lives, to no gain on either side. The film intended by its principal instigator, Gregory Peck, would have been an anti-war exercise in the tradition of All Quiet on the Western Front; Peck engaged the director of that classic, Lewis Milestone. Dr Keene’s paper showed how Cold War pressures worked against their main purpose, and made the film less than it could have been.

In a daring and inventive paper called “Encounters with the Third Age,” Michelle Royer drew three strands together – the work of the French-Algerian filmmaker Yamina Benguigui; Simone de Beauvoir’s rigorous thinking on old age in La Vieillesse, probably the least known of her major works; and Beauvoir’s existentialist thought as applied particularly to feminism. Benguigui’s film Inch’Allah Dimanche plays out multiple oppositions – future versus past, youth versus age – through the struggle of a young Algerian immigrant mother, who seeks the freedoms of French society for herself and her children, against the older women of her family. Mother and mother-in-law are determined to maintain North African traditions, even while they live in France, and that means keeping women in narrowed, homebound lives. Dr Royer drew on Beauvoir’s theses about old age as imposed isolation and disempowerment, and on her existentialist insistence on the necessity of active engagement in the world, in “projects,” that favourite term; meaning action as release from lives overdetermined and enclosed.

This paper will appear as a chapter in Existentialism and Contemporary Cinema: a Beauvoirian Perspective, a collection to be issued by Berghahn Books (Oxford and New York). It’s an exciting prospect. Cruising the publisher’s website, I found a notice for an academic film journal called Projections; its stated aims “are to explore these subjects, facilitate a dialogue between people in the sciences and the humanities, and bring the study of film to the forefront of contemporary intellectual debate” and to deal particularly in essays connecting film with (inter alia) psychoanalysis, cognitive psychology, the neurosciences and genetics.

FROM positions outside those fields, we can take note that cinema, in all its complexity, is engaging the attention of professionals within them, and that should provoke us to require arts and industry funding agencies to take it seriously as well. For no decipherable reason, Screen Australia has cut funding from the splendidly eclectic online journal Senses of Cinema, the widest-ranging of those locally produced. In its ten years, Senses of Cinema has run critical comment and information on the output of most, if not all, film producing countries on the planet; it has drawn contributors from everywhere, and is in general very well written. (That needs saying, in these dismal times when it often appears that academics in the humanities have small respect for the craft of building sentences and paragraphs.) The current number (57) includes work by and about the French sociologist and sometime film-maker Edgar Morin, with a translation by Lorraine Mortimer of his essay on Ava Gardner; there is also the philosopher and cinephile Pedro Blas Gonzales, this time on the way Citizen Kane poses questions for biography at large; and there is work on digital cinema and its inheritance from the past. The team plans to struggle on; donations are welcome, to sensesofcinema.com, where you can also find their postal address. •

Sylvia Lawson’s most recent book is The Outside Story, a novel on the early history of the Sydney Opera House. 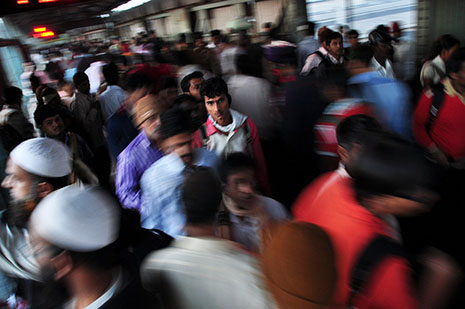