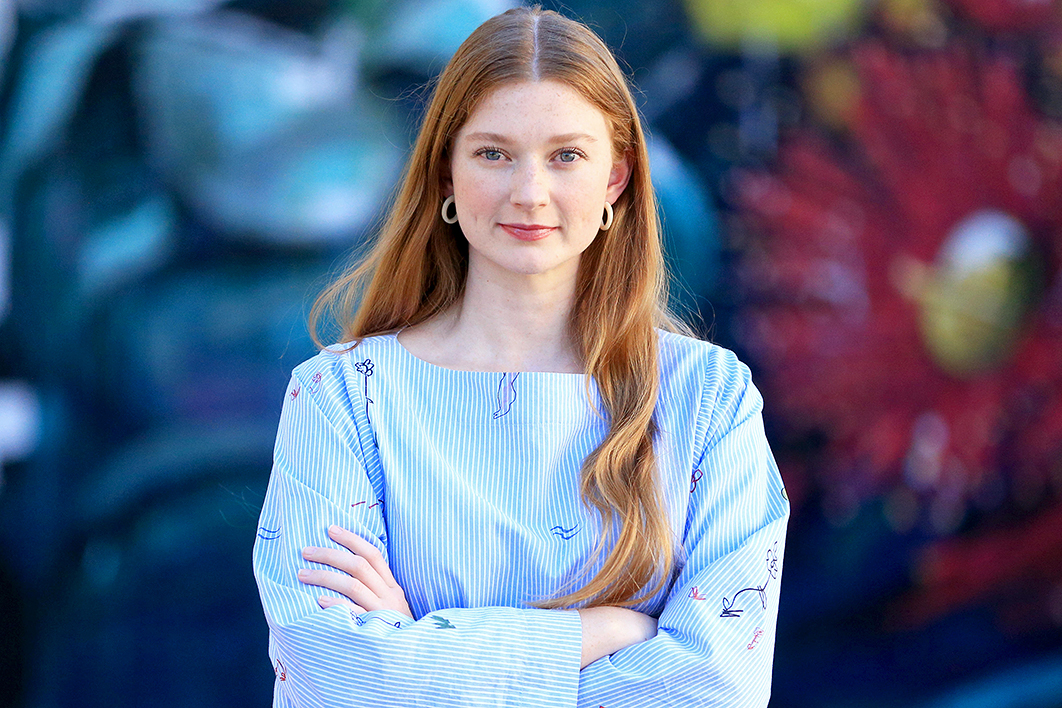 Bri Lee’s first book, Eggshell Skull, was a unique and justly lauded hybrid of exposé and memoir. Drawing on her experiences as a judge’s associate, she revealed the myriad ways the criminal justice system lets down victims of sexual assault. To both amplify and nuance the point, she shared the details and consequences of her own decision to pursue justice against a man who had sexually assaulted her. “Brave” and “necessary” are adjectives too often applied to books that are neither, but Eggshell Skull is deserving of such assessments.

Lee’s follow-up, Beauty, has an equally arresting cover and is similarly compelling. But it’s also more modest in size and ambition, despite the hefty cultural baggage of its title. Beauty is a personal essay in which Lee pursues a narrative and personal thread first introduced in Eggshell Skull. Lee writes that she grappled with whether to include details of her “small ritual” of vomiting after dinner in that book, and ultimately decided to go with it. In Beauty, she inspects her own “obsession with thinness” more closely, cognisant that it’s both an “embarrassing admission” and one that wider society endorses.

Beauty opens in early 2018, on the eve of Eggshell Skull’s publication, with Lee in seeming control of her disordered eating. Yet the looming publicity tour was reawakening her “longing to purge again.” The plot, such as it is, takes the reader from Lee’s determination to hit her goal weight for a glamorous photo shoot for a women’s magazine through to hard-won self-acceptance via ruminations on and research into “beauty” and associated themes. Lee’s light-bulb moment is shared close to midway — “In harming myself, I was harming others. The jig was up” — effectively dividing the essay into two parts, each with its own strengths and weaknesses.

In the opening sixty pages or so, Lee reveals the extent and character of her quest for “perfection.” Like many women, she recalls a time when she almost achieved it, at least physically. She was praised for how good she looked, even though — or because — her weight was “right on the borderline of an ‘unhealthy’ BMI.” Lee embarks on a new diet and exercise regime and follows model Georgia Fowler and the Skinny Bitch Collective (“infamous for granting membership only to the already trimmest-of-trim women”) on Instagram for inspiration and motivation.

There’s an admirable fearlessness to Lee’s writing in this section. She needs the reader not to like her but to comprehend what she once valued as “beauty” and what it cost her to do so. In one stand-out passage, the prose soars: “Self-improvement without self-loathing seemed impossible. In life you had to be both the horse and the jockey: whipping and giving directions while your own lungs filled with blood.”

Perhaps inevitably though, given the unrelenting and repetitive cycle of “perfectionism” that Lee is documenting in one of its most common and gendered forms, there are moments early on when the point feels already made. Contemporary beauty ideals are a sham, they hurt people, especially women, and they feed capitalism. Social media, of course, makes everything worse, but the literature Lee draws on to make sense of this does not add much that is new to the conversation. I preferred her own words, like “Girls are told their bodies aren’t valuable, then people roll their eyes if the girls themselves treat their bodies like trash.”

Lee pans out more widely in the second and most substantial part of the essay, to mixed effect. Her arguments are most lucid and powerful when she’s focused on the ongoing perversity and damage of the thinness ideal. As she notes, the fashion industry has made some token gestures towards body diversity, but its modus operandi remains business as usual. “It’s mind-blowing,” she writes, “how everyone always says someone else is responsible. The buck stops nowhere.”

More urgently, she forcefully condemns continued denial of the “damage done by eating disorders,” in particular anorexia, which has “the highest death rate of all psychiatric illnesses.” Lee’s reflections on the tragic fate of the astonishingly talented singer Amy Winehouse — who was obviously suffering from an eating disorder, though her death was officially categorised otherwise — are probably the best in an essay not short of arresting passages.

Where Lee is less successful is in expanding the potential of what constitutes “beauty.” It’s on this front that the limited utility of her somewhat privileged experience and embodiment as an able-bodied white woman is most obvious. A chance encounter with musician Nkechi Anele, who is of African descent, sparks some intersectional thinking about how racism compounds sexism, but one is left wondering what would have happened had they not crossed paths. Lee could have turned to any number of books, blogs and articles from women writing from diverse perspectives on similar themes, but it is as though fat activism — to name one obvious omission — never happened. Such absences give parts of the essay an oddly retro feel, exacerbated by extended engagement with Naomi Wolf’s The Beauty Myth (1990).

Still, as long as mainstream perceptions of “beauty” continue to be represented by women such as actor Jennifer Aniston — who recently revealed her latest “beauty” secret to be fasting most of the day, with celery juice for a treat — writing from feminists such as Wolf and Lee will continue to make a mark. Ultimately, the impact of Lee’s essay will depend on how resonant her experiences are to her readers. •