Television | Filmmaker Warwick Thornton turns the camera on himself 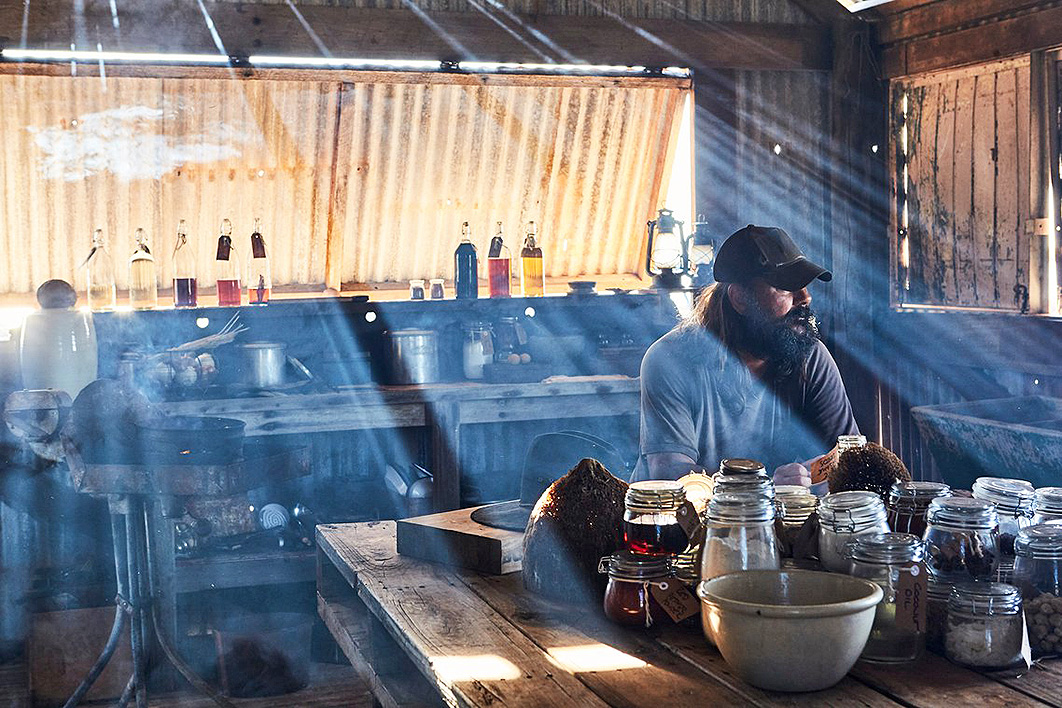 Warwick Thornton sits on the doorstep of his cabin on a remote stretch of shoreline somewhere on the Dampier Peninsula. This is the country where he filmed the second series of Mystery Road, but now he’s the one in front of the camera.

He tells a story. When he was seven, his family moved to a housing commission house in Alice Springs. It had a backyard, but it was thick with bindies, so he couldn’t play there. “My mother asked what I wanted for my birthday, and I said I’d like a pile of dirt. And she went, ‘All right.’” A fortnight later, two tons of beautiful red desert dirt was deposited in the yard. It was the best present he ever had, he says. He played in it for years, driving matchbox cars through it, making tunnels and fortresses, escaping the world he was living in.

Thornton’s new six-part documentary, The Beach, chronicles a more recent escape. Abandoning the crazy cycle of life as a successful filmmaker, with its pressured schedules and endless round of after-parties, he retreated to the shack to fend for himself for a couple of months. He took along a crate of chickens and a few bare necessities. And a film crew.

The camera work is under the direction of his son Dylan River, whose fabulous aerial views of the shoreline, with slowly emerging dawns and theatrical sunsets, recalls the cinematography of Mystery Road. Opening shots of a vehicle tracking along a desert road towards the water are a direct echo of Thornton’s own footage at the start of the detective story, though this time it’s not death that greets the driver but a kind of rebirth.

Thornton pulls up on the beach, gets out and strides towards the ocean, still wearing his jacket and akubra. He plunges into the water, coat spreading round him, as if surrendering to a baptism. The need for cleansing runs through the episodes: on one level, this is an archetypal story of the solitary individual striving to shake off the unnecessary trappings of life in the city, and with them the burdens of personal and collective guilt.

Here in the vast terrain of the Dampier, Thornton sets up a version of Thoreau’s Walden for another continent in another epoch. But Thornton’s chronicle is also the antithesis of Thoreau, most obviously in the landscape but also because television offers a different kind of poetic communication. The human presence is a quirky intermediary in the relationship between camera and landscape, and the scale of the place would make a mockery of the literary language and philosophical reflections of a nineteenth-century gentleman.

Thornton leaves the philosophy to the land, the sea and the sky. He talks to himself and his chickens, swearing and cajoling as if trying to slough off the excrescence of a personality he just doesn’t need now. “I’ve no idea what I’m doing,” he says. That makes sense as a statement of mood, but one of the fascinations of this situation is how it reveals that this curmudgeonly, out-of-condition middle-aged man is so deeply skilled in so many things.

To begin with, it takes a special kind of savvy to know what equipment will be needed, and how to maintain it. There are the essentials: a brazier, a tin bucket, the broken crate that serves as a chicken house, insect netting, a couple of oil lamps and a guitar. All of it is old and none of it is plastic. To anyone else, it might be a random assortment of junk.

Thornton collects eggs and starts to cook, at which point it becomes evident that he’s also assembled a batterie de cuisine that would put Elizabeth David to shame. He pours spiced oil into a bowl, chops herbs, grinds spices in a mortar, cranks up a massive old bellows and gets the brazier flaming. Aside from the eggs, the menu consists largely of seafood, caught underwater with a homemade tackle.

Days are structured by the passage of the sun and the gathering and preparing of food. We watch as he expertly fillets a glistening fish, lowers massive prawns into a seething pan of chilli oil, sprinkles garnish over a dish of crab. Thoreau surely never dreamed of taking such trouble over his meals — he prided himself on their simplicity — but the centrality of Thornton’s cuisine raises questions of fundamental human need in a different way. As he speaks of fighting off the black dog of depression, this display of virtuosity comes as an expression of the vital energy and intelligence also necessary for survival.

Tradition comes into it, too. Thornton’s grandmother was known as the best cook in the Northern Territory. His mother got used to being served up wonderful dishes, but she never learned herself. So he started to do his own cooking. Perhaps these crafts skip a generation, he speculates. Yet his three children are all brilliant cooks. “So that idea’s fucked.”

His mother, though, had other skills. She worked at a photography store where Albert Namatjira used to come to sell his paintings, and her fascination with the documentation of life through images led to the foundation of CAAMA, the Central Australian Aboriginal Media Association. This is the woman who didn’t miss a beat when her seven-year-old asked for a pile of dirt for his birthday, and who gave her grandson Dylan his first camera at the same age.

Whatever journey Warwick Thornton is on during this retreat, lines of heritage run through. Towards the end of the series, he has a confessional moment as he sits on the doorstep, his chosen place for speaking to camera. He talks about an uncle who had a special gift for healing, but something went wrong and, at a critical moment, when he was in a bad state and himself needed help, Thornton failed to offer it. Perhaps that has something to do with recurring appearances from the black dog.

But Thornton also knows how to lighten the mood, driving his wreck of a motor along the beach with the wind in his hair, sweet-talking his chooks, sprinkling seeds into the cells of an egg-carton and crooning softly, over and over again, “grow you little bastards.”

The Beach doesn’t really fit the category of “documentary.” It’s a chronicle, a visual journal, as slowly evolving as the great wide days on the beachfront. And, of course, the photography is superb, a glorious reminder of the scale of a world that will outlast us all. • 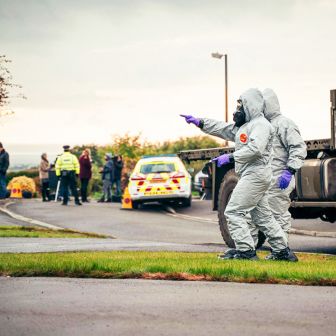 The hidden transformation of university research 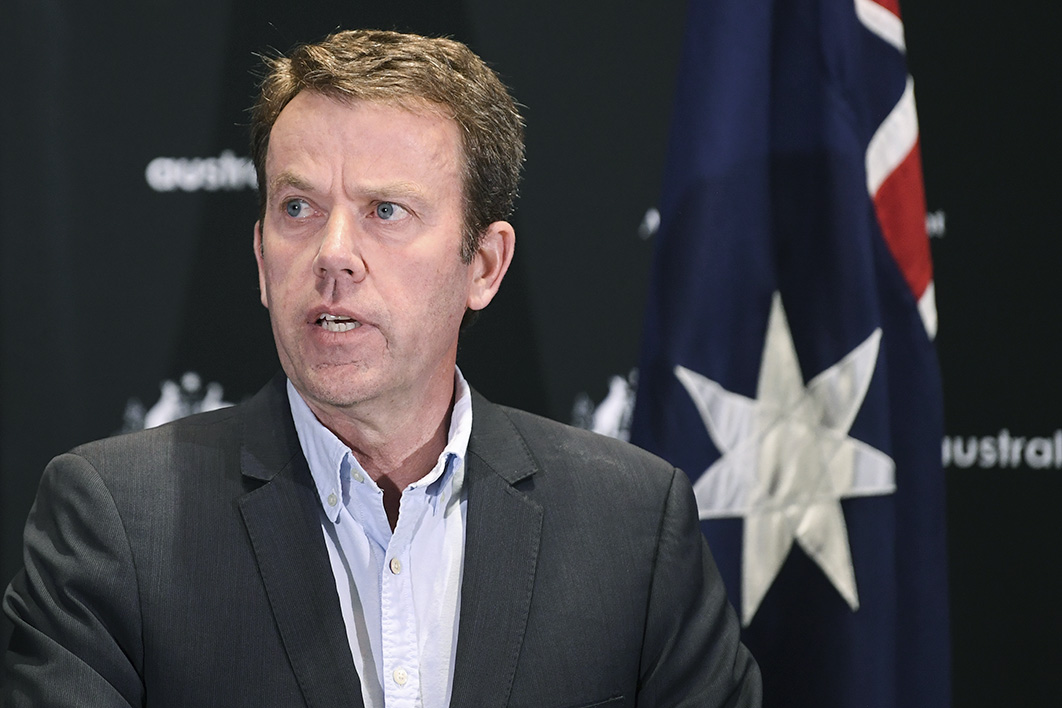