On the brink of war

England the ancient: the churchyard at Rye. Peter/Flickr 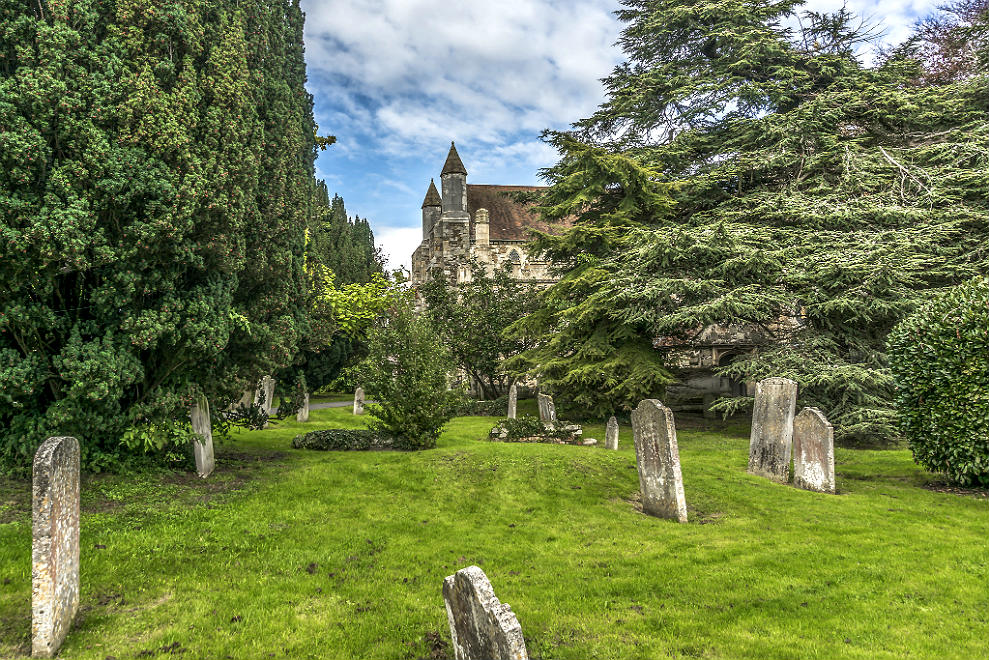 England the ancient: the churchyard at Rye. Peter/Flickr

If you’ve recently been involved, as I have, in a lot of conscientious reading and suddenly felt the urge for pure enjoyment, you could hardly do better than Helen Simonson’s The Summer Before the War. Not only is it wonderfully engrossing in its dealings with time, place and people, and written with seductive ease and precision, it also keeps unobtrusively directing the reader’s attention to important issues. In other words, it’s a book that makes you feel you are not merely indulging yourself but are also being made to think a bit.

By sheer coincidence, several texts relating to the lead-up to the first world war have come my way recently. There was Vera Brittain’s coruscatingly brilliant memoir, Testament of Youth (a reading prompted by James Kent’s filmed version); then Sarah Gavron’s film, Suffragette, which plunged us into the political turmoil of 1912; and Mario Vargas Llosa’s The Dream of the Celt, which chronicles Roger Casement’s downfall during the war. Perhaps we are still wondering what this conflict was really about, give or take the odd archducal assassination, and retain a sense of its pulling apart lives that had nothing to do with its primal causes, whatever these were.

Simonson’s setting is the small, peaceful Sussex town of Rye, in the eponymous summer, when glorious weather seemed almost to mock the possibility of the terrors of war. On the surface Rye looks idyllic, but on closer inspection it proves to have its share of the tensions that are apt to underlie a small town where everyone knows everyone’s business and doesn’t hesitate to pronounce on it. Simonson’s triumph is to have avoided the cliché potential of this setting, to have given the book substance as well as surface.

The range of characters embraces a broad social and cultural spectrum. There’s Aunt Agatha (the name alone seems to evoke the period), wife of senior Foreign Office official John, who is therefore in a better position than most to know what’s likely to happen in the wider world. She is a woman of real firmness of character and discrimination, and she sets a major strand of the novel’s plot in motion when she successfully campaigns for appointing a woman as the new Latin teacher at the local grammar school. Her chief opposition comes from Mrs Bettina Fothergill, the mayor’s silly, snooty, pretentious wife, and the mayoral couple make their pompous presences felt on all public occasions. There is a titled family, Lord and Lady Maberly, whose daughter has married a German, which will make for its own tensions; there are gypsies on the outskirts of the town; and soon there will be an influx of refugees from brave little Belgium.

None of these characters emerge as mere stereotypes belonging to a cosy image of pretty provincial England. Indeed, they are fleshed out in the sort of detail that enables us to know them and understand their place in relation to this community and a wider world that, whether they like it or not, is about to make itself felt. It is Agatha’s relations with her two nephews – Hugh Grange and Daniel Bookham – and with the assimilation of the new Latin teacher, Beatrice Nash, into the Rye community that occupy the book’s main threads of personal interest. There is nothing schematic about how Simonson’s cast gives rise to issues that go beyond the personal: these simply (or, rather, complexly) arise from the ways in which they react to each other and to elements of a prewar world whose idyllic quality is about to undergo upheaval.

Matters of class, gender and sexuality, as well as international relations are woven into the rich fabric of the novel’s narrative. Hugh, a doctor, seems to be headed for engagement to the daughter of his titled superior, but finds a more serious interest, and not merely a sexual one, in Beatrice. She, on the other hand, has set herself against the idea of marriage and, without being vociferous about it, is determined to make her own way as a woman independent of male support. Her much-loved father has died and she has been left obliged to work for her living, not a common situation for a middle-class young woman in 1914. Hugh’s cousin Daniel has a passionate but uncommitted and unrequited devotion to Craigmore, son of Lord North, who despises Daniel and no doubt urges his son into an engagement that devastates Daniel. Simonson deals with these issues with an intelligent discretion that evokes the period’s attitudes to feminism and homosexuality: we are made aware of their presence in ways that belong to 1914 rather than 2016 but without denying readers the perspective of a century later.

Rye, then, is a community that has its own inbuilt tensions beneath the luminous summer surface, and the imminent war will inevitably change the peaceful patina. So how does it deal with the shattering events that August 1914 sets in motion? Simonson, while keeping her focus essentially on how the town responds to the dangerous international situation, also manages to keep us aware of that situation’s wider implications. Uncle John at the Foreign Office is an obvious link to the development of European clashes and, to Aunt Agatha’s agonised fears, both nephews will join the armed forces. In Rye, there is almost an element of competition to see who can assume most prominence in, for instance, the managing of the refugees. The most clearly differentiated of the latter are a Belgian professor and his daughter.

The daughter, Céleste, pregnant to a German rapist, comes under the guidance of Beatrice, and becomes a major matter of concern; the professor is taken in by Rye’s resident novelist, Mr Tillingham. He, of course, is based on Henry James, long-time famous dweller in the coastal resort. Whereas Beatrice has wanted to publish a small book of her late father’s letters, the publishers have asked another writer to undertake the editorial project instead. In awe as she is of Tillingham, her admiration for him will be tempered when she learns that he is indeed “another writer.” She is led to ponder “how many other young writers and artists Mr Tillingham had seduced so easily with his fame and reputation.”

Elsewhere, with war clouds threatening, Lord North, never doubting that his aristocratic status ensures the importance of his views, claims to know the author’s name but then inveighs against writers at large: “Always writing instead of doing. And then they have the most extraordinary opinions.” Alongside his easy assumption of the superiority of his class is Mrs Fothergill’s dismissal of the annual rural festival of the last days of the hops-picking: “All kinds of rough types allowed. I never attend” – and, qualifying this somewhat, Uncle John’s reaction to the “pagan festival”: “[It] will do Lord North good to be reminded that this is England the ancient and that we fight for her as much as for the prim town and the glittering city.” And the war itself won’t necessarily do away with the class barriers. Hugh, the medico, will of course be an officer, and Snout, Beatrice’s gifted Latin pupil but from a background that mingles the lower orders with gypsies, will be lucky to be a batman.

Simonson contrives to offer a panoramic view of a society on the brink of – and into – war, while at the same time providing compelling close-ups of individual lives as they respond to its challenges. It would be over the top to call it a contemporary Middlemarch, but with its wit, its comprehensive sympathies and its awareness of the structures and prejudices of late Edwardian England, it makes for utterly absorbing reading. And being “a good read” is a real bonus, especially in so fat a volume that has more going for it than it is easy to do justice to in a review. •

Brian McFarlane is an Adjunct Professor in the Swinburne Institute for Social Research, Swinburne University of Technology. His latest books are Double-Act: The Remarkable Lives and Careers of Googie Withers and John McCallum, and Twenty British Films: A Guided Tour.

Essays & Reportage “Before Noumea, there was only London, Washington and Ottawa” Nic Maclellan 18 September 2020 Eighty years after helping defend New Caledonia against Japan, Australia is mobilising to counter another rising Asian power

National Affairs States of emergency Mark Finnane 10 September 2020 Could the debate over states’ rights to close their borders have been resolved a century ago?
Close

Working out whether a treatment works, and for how many people, is trickier than it sounds, writes Frank Bowden. Here’s how you should go about doing it

Doctors may deny that they unconsciously bias the results of studies, but the evidence shows they do. pixdeluxe/iStockphoto 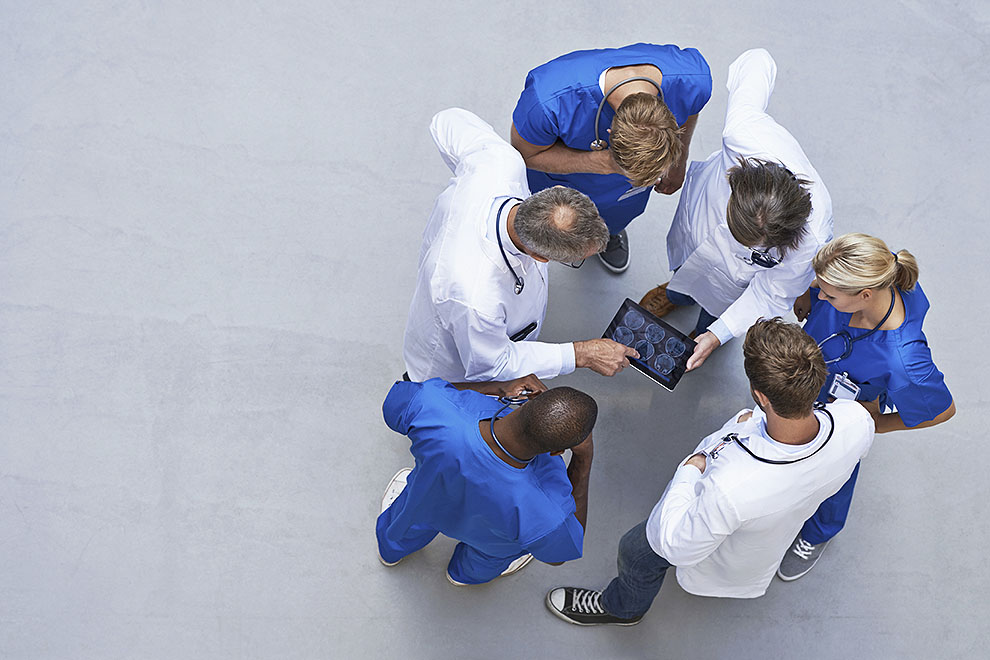 Doctors may deny that they unconsciously bias the results of studies, but the evidence shows they do. pixdeluxe/iStockphoto