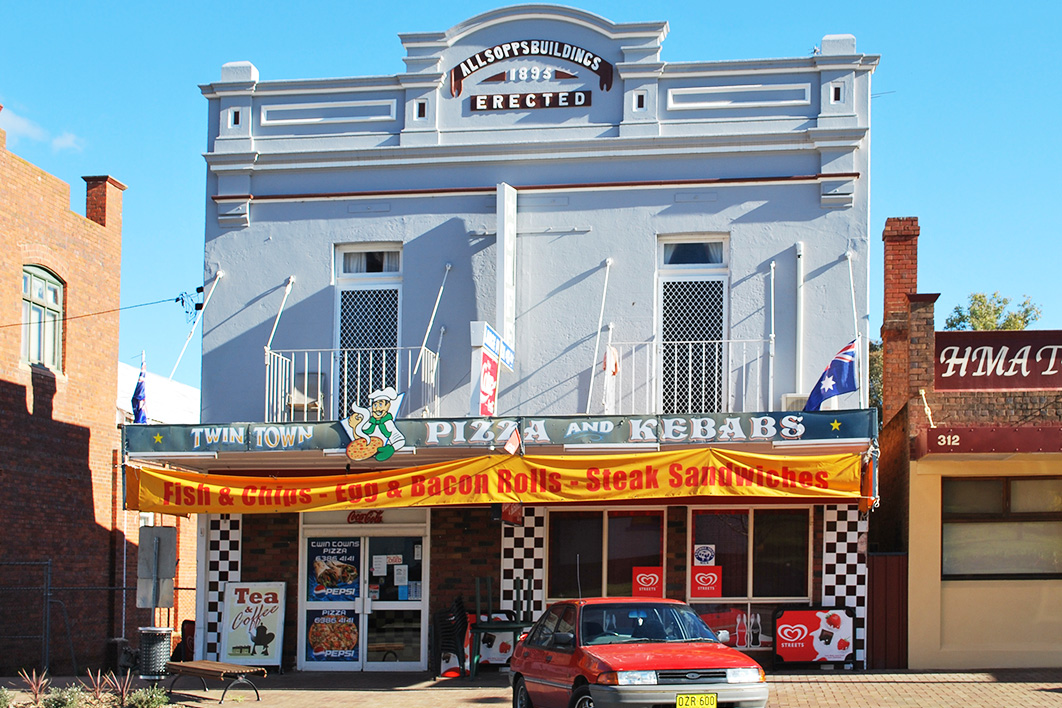 In her dual roles as a member of the Canberra press gallery married to a farmer and living in the southern NSW town of Harden, Gabrielle Chan is in the business of contesting stereotypes arising from the country–city divide. One of the spurs for writing this book, she says, was a comment about country voters on the Guardian Australia website: “Most are still living in the days of Black Jack McEwen. They’re so rusted on they haven’t woken up to the fact that they are being shafted.”

The comment might contain a grain of truth, but Chan sets out to tell a fuller story. Country voters are not dupes, and assumptions about how their political views are formed, and how they will play their hand in coming elections, are due for a shake-up. As its subtitle suggests, an ultimatum hangs over this book.

Through the centuries, writers have meditated on how the cultural polarities of the country and city reflect divisions in the human psyche. Chan takes up the theme with reflective intelligence, evoking settings and atmospheres, but her primary focus is on the politics of regional Australia and the factors contributing to the shift in mood.

It’s a topic of some urgency in the current economic environment, and who better to take it on? Chan’s track record as a journalist goes back to the early 1990s. She learned the ropes at News Corp, working her way up to the press gallery. Then, soon after the Howard government took office in 1996, she married a farmer and went to live on a property near the twin towns of Harden–Murrumburrah, where she faced the challenges of being an outsider in a regional community.

She got used to interrupting her writing to help cut up and bag a recently slaughtered sheep, and found her place in the social milieu as the mother of two children attending the local school. Her professional identity became something of an anomaly. Isn’t it part of the journalist’s role to be the outsider arriving on the scene and leaving not long after, a fly-in fly-out worker?

At the start of Rusted Off, Chan describes her own reaction to the intrusion of a Sydney-based journalist spinning a narrative of “fear, loss and dark secrets” as a transitional moment. This was when she first felt the sense of belonging, sharing the offence at being represented to the outside world in terms that had little to do with the realities of where she was living. She set out to bridge the gap by taking up a job with the local newspaper, the Harden–Murrumburrah Express.

Chan is a very good journalist, trained to get at the particulars of what she is reporting and to enrich her account by seeking out contextual factors. On one level, she wants to investigate why allegiance to the major parties is “teetering on the brink” in regional Australia — a phenomenon that might well engage a press gallery journalist preoccupied with horse-race politics governed by opinion polls and media spin. But she also wants to go much further in directions that would take her outside the routine framework of political coverage.

The stories she tells are chosen to illustrate four themes. The first is the coexistence of two nations in this wide brown land. The second concerns our political representatives and their “fatal flaws.” The third is the premise that country communities need to build from within, fostering cohesion. And the fourth, introducing a note of optimism, is a belief in the evolution of this internal dynamic, which means that communities are starting to move ahead of governments.

Understanding regional politics involves attention to history as well as geography. For generations, the National Party has been the chief broker in political negotiations between the regions and the major cities. Chan charts its origins back to a loose coalition of independent-minded MPs who formed the Country Party in 1920 with a commitment to developing primary industries and “the ideology of agrarianism at its heart.” An ethos of “country mindedness,” based on community values, prevailed through the mid twentieth century. By the time the Country Party became the National Country Party in 1975 (and then the National Party in 1982), its coalition with the Liberals had become so entrenched that some feared a tyranny of the country over the city.

But the future went a very different way during the Hawke–Keating years. Prime minister Bob Hawke saw the stand-off between country and city as analogous to the conflict between unions and business, and tried to apply the same strategies of negotiation and accord. But his government’s economic reforms had devastating effects in many regional towns. Banks and post offices closed; interest rates climbed, fuelling foreclosures; tariff reductions hit local manufacturers.

Voters who had been won over to Labor by Hawke’s manner and rhetoric turned back to the Coalition, only to find themselves locked into a policy agenda more deeply committed to the deregulated economy. At the last election, rusted-on National Party voters remained captive to the appeal of a Janus-faced Barnaby Joyce, who turned one way towards mining magnates and beef barons and the other way towards voters living in “weatherboard and iron.”

So, in broad outline, runs the narrative of the political divide. Do political representatives betray their electorates through “fatal flaws,” as Chan puts it, or is it a matter of fatal policies? Personality may have something to do with it. Alby Schultz, federal member for Hume from 1998 to 2013, remains a model local representative, as distinct from the career politician, in the minds of many in his electorate. Schultz was a Liberal member, and as voters become increasingly alienated from the major parties (or vice versa) the models became the best-known independents of recent years: Tony Windsor, Rob Oakeshott, Cathy McGowan.

Chan’s account of the political history is skilfully interwoven with narratives tracking the lives of individuals from her community. Many had a rough start in life, like Lorraine Brown, a fifth-generation resident who was forced to leave school and start work in a local clothing factory when her father died. Roy Levett, a Wiradjuri man, is involved with the local land council and is one of the local keepers of Indigenous knowledge; he left school at twelve and found work wherever he could, mostly on nearby farms. “There’s a job out there for you if you want it,” he says.

In reality, Levett’s assumption no longer holds good in most country towns. Yet this ethic of self-reliance, Chan comments, is asserted repeatedly in the conversations she has. Country people are pragmatists and problem-solvers. They don’t want the government in their lives or politics in their heads. Does this make it easier or harder to take advantage of them?

While the political allegiances of regional voters may be formed from childhood experience or inherited as part of an intergenerational system of values, their futures will be determined by how they vote. Wanting to mind your own business while the government gets on with the job is all very well, but government policies can literally be fatal for small towns. Some are half killed, and remain that way. This is true of Harden, where the upper section of the main street is a row of empty buildings, many of them bearing names and dates on their facades that recall thriving and diverse forms of trading in the early twentieth century.

Curiously, it is on the third of her central themes — that of social cohesion and the need to “build from within” — that Chan is least persuasive, despite the fact that she is writing from within. Key factors are explored: class differences and their determining influence on individual lives; the loss of technical education and training; the ongoing challenge of understanding Indigenous rights and heritage. But how is the centre of gravity to be strengthened when all the rhetoric of government is about the imperative for regional centres to be responsive to wider market forces?

A recent federal government report on regional development puts strong emphasis on export industries, tourism, growth and connectivity as the keys to a future regional economy. It discusses the need to balance “endogenous” (locally centred) and “exogenous” (externally oriented) investments, but its thrust is all towards the exogenous. A relentless national focus on growth, service industries and global trade forces regional and local economies into dependency on big companies.

Rusted Off may be delivering an ultimatum, but it is not an angry book. At least, not overtly so. Chan is not in the business of laying blame or expressing outrage, and neither are those whose concerns she wants to portray. Their capacity for political detachment and equanimity makes the ready outrage of Guardian bloggers look shallow, but Guardian bloggers tend to be alert to the overriding agendas in politics.

Regional communities have their own kinds of strategic intelligence, which may put them ahead of the game in some respects, contrary to the hackneyed notion that they are the ones left behind in the go-ahead economy of the twenty-first century. That is one of the concluding messages, but some dynamism is missing from this picture of country life. Where and how is the energy of renewal to be generated? Some fighting spirit is called for. When vested interests and ideologies drive policy-making, the lives and opportunities of citizens may be ruined. Surely this ought to make us mad? •

Anna Burns, a Booker with soul

Welcome if unexpected: Anna Burns (right) is presented with the Man Booker Prize for Fiction at the Guildhall in London by the Duchess of Cornwall. Frank Augstein/PA Wire 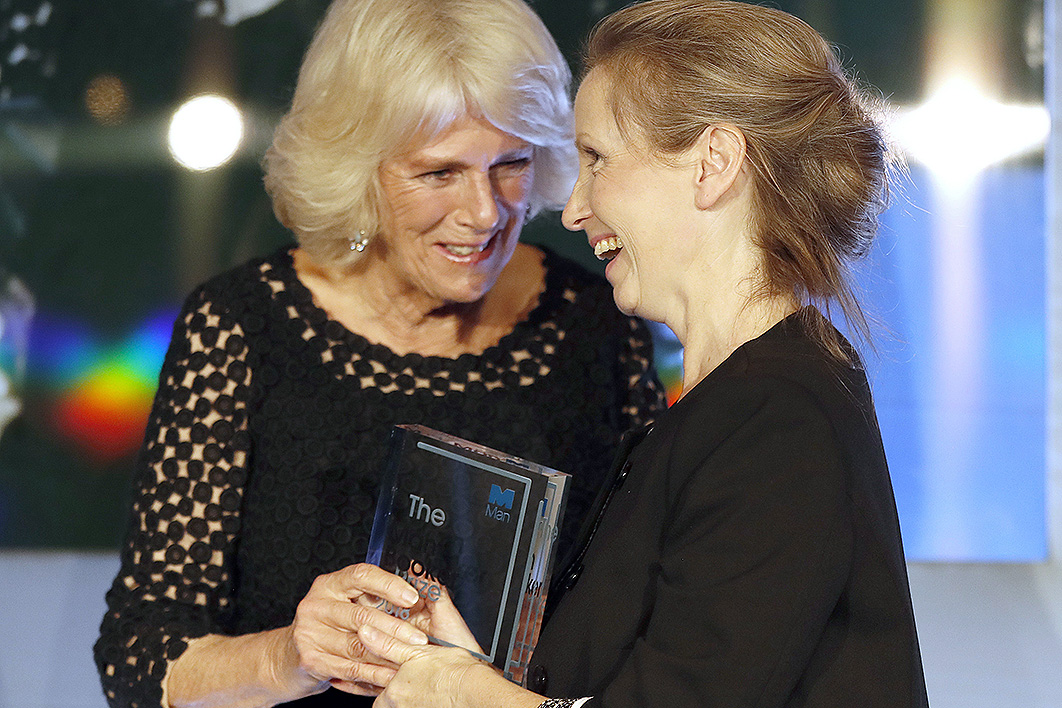 Welcome if unexpected: Anna Burns (right) is presented with the Man Booker Prize for Fiction at the Guildhall in London by the Duchess of Cornwall. Frank Augstein/PA Wire