One failure too many 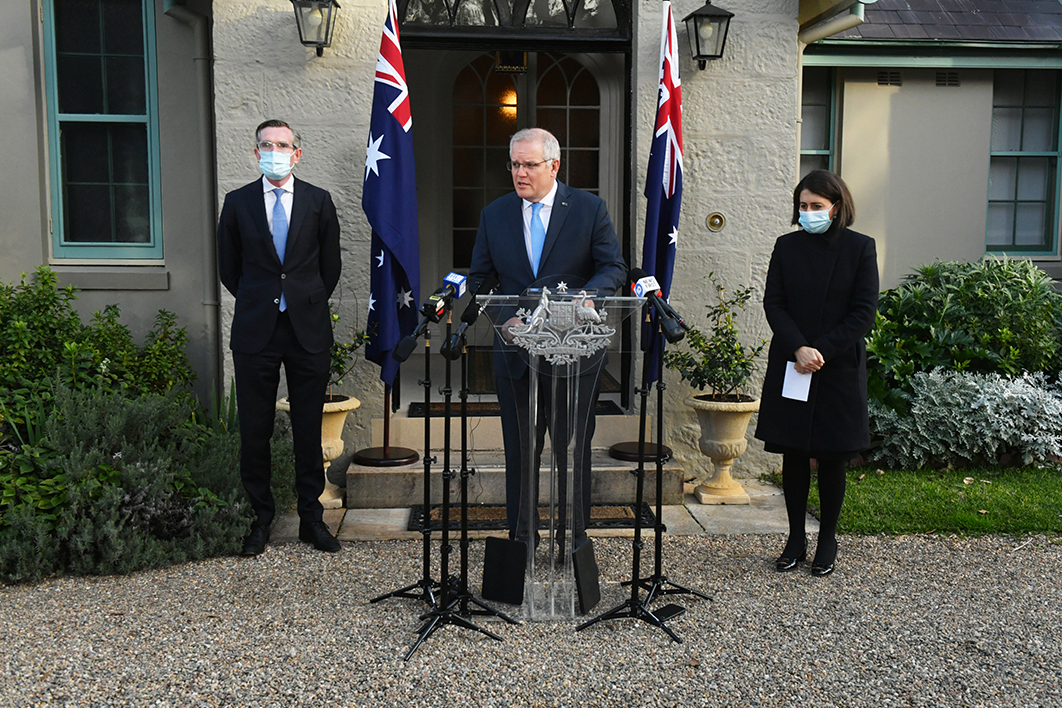 The Covid-19 outbreak in Sydney, still growing rapidly, has upended dominant assumptions about pandemic policy in Australia. The successful containment of outbreaks in Sydney last year created a belief that the combination of hotel quarantine and effective contact tracing was sufficient to prevent any large-scale outbreaks. This assumption reflected a combination of wishful thinking, a poor understanding of uncertainty, and an unfortunate resurgence of state-level parochialism.

Wishful thinking was particularly evident on the part of the Morrison government, where talk of an early election was still going on even as the virus took hold in Sydney’s eastern suburbs. If the virus could be controlled indefinitely without lockdowns, then voters would ignore the failure of the vaccine rollout, the government hoped, on the basis of our successes in the first phase of the pandemic.

Poor understanding of uncertainty was evident in the rush to label New South Wales as the gold standard and assume that a handful of successes was evidence that there was nothing to worry about. This conclusion didn’t take account of the fact that the policy could not afford even one failure. All high-risk strategies share two key features: they work until they fail, and they are likely to be hailed as the product of genius until they are not.

A re-emergence of state parochialism was inevitable because of the federal government’s failure to mount any coherent response, and the resulting divergence of policies at the state level. But it was exacerbated by the re-emergence of the ancient rivalry between Sydney and Melbourne, which seemed until recently to have faded.

Despite extensive evidence of incompetence and corruption, the political class in New South Wales, including normally left-leaning elements, mostly stood behind “their” government. The same pattern held true to a large extent in Melbourne, with the exception of the rabidly partisan Murdoch press.

Looking back at the Melbourne outbreak with the benefit of hindsight, two things stand out. First, the massive, but inconclusive, inquiry into precisely how hotel quarantine failed in Melbourne now appears to have been a waste of time. Eighteen months’ experience has shown that hotel quarantine doesn’t work.

The central problem is that the virus isn’t just spread by contact that can be prevented by careful attention to hygiene and cleaning in a hotel setting, as originally assumed. Now that we know transmission is primarily airborne (including through aerosols) it’s evident that hotels might as well be purpose-designed to spread the virus. But the belief that contact tracing could stop any leak from turning into an outbreak encouraged the Morrison and Berejiklian governments to believe that shifting to dedicated quarantine facilities with separate cabins, as at Howard Springs, was unnecessary.

The second striking thing is that all of the Andrews government’s mistakes, starting with slow and geographically limited lockdowns, have been replicated in Sydney. The belief that New South Wales had nothing to learn from experience elsewhere also played a crucial role.

It has become clear, particularly with the emergence of more contagious variants of the virus, that contact tracing alone is insufficient once an outbreak has spread beyond a handful of cases. With more than 14,000 close contacts identified, and thousands more untraced, the NSW system has already been overwhelmed.

This means that the only way to prevent future outbreaks from getting out of control is to ensure that the reproduction rate R (the average number of new cases generated by an existing case) is pushed below 1. Experience has shown that the only way to achieve this in a population with no immunity from previous exposure is with vaccination and stringent restrictions on movement.

Unfortunately, the chances of getting R below 1 with voluntary vaccination alone are negligible. Estimates of the basic reproduction rate for the Delta variant are around 5. Even with a 90 per cent effective vaccine and no other measures, the vaccination rate required for herd immunity is over 90 per cent. (In effect, less than 20 per cent of the population would be unprotected: the 10 per cent unvaccinated, plus the 10 per cent for whom vaccination is unsuccessful.) Under these conditions, each existing case generates, on average, one new case (20 per cent of five).

Based on surveys and international experience it’s highly unlikely that the current efforts will get vaccination coverage anywhere near that. That means we must either find incentives to greatly increase vaccination or require voluntarily unvaccinated people to adhere to stringent restrictions for the indefinite future.

The latter outcome is likely to happen by default, as restrictions of various kinds are relaxed for fully vaccinated people. We are already seeing this in the United States, as corporations drop mask restrictions for vaccinated workers and customers. The suggestion that vaccinated international arrivals will be allowed the option of home quarantine is another example.

But it would be much more effective to make a clear statement of principle now. It should explicitly state that, for the foreseeable future, people who choose not to be vaccinated will not obtain the freedoms envisaged in the four-stage plan that recently emerged from the national cabinet. The only alternative is to wait for enough people to be infected that we achieve herd immunity, at the price of thousands of lives. •

A journalist returns again and again to Pakistan’s largest city

On the front line: children listening to music in the notorious Lyari district. Rizwan Tabassum/AFP via Getty Images 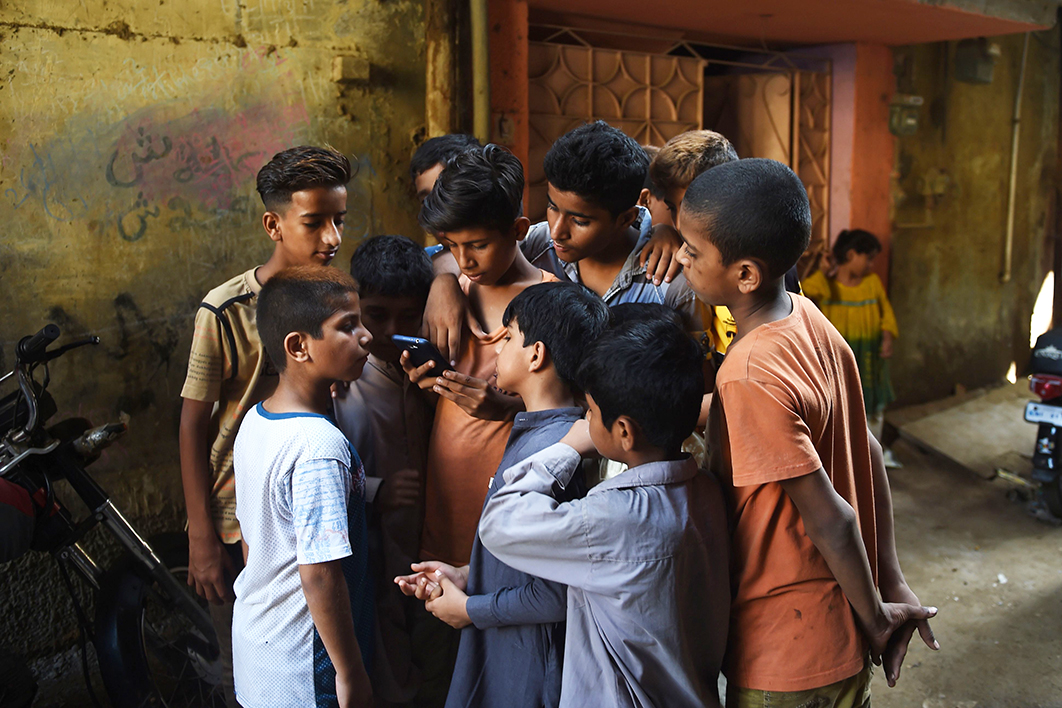 On the front line: children listening to music in the notorious Lyari district. Rizwan Tabassum/AFP via Getty Images