One for the aficionados

Nothing for the casualities of globalisation: Cory Bernardi speaks to the media after announcing his defection from the Liberal Party at Parliament House yesterday. Mick Tsikas/AAP Image 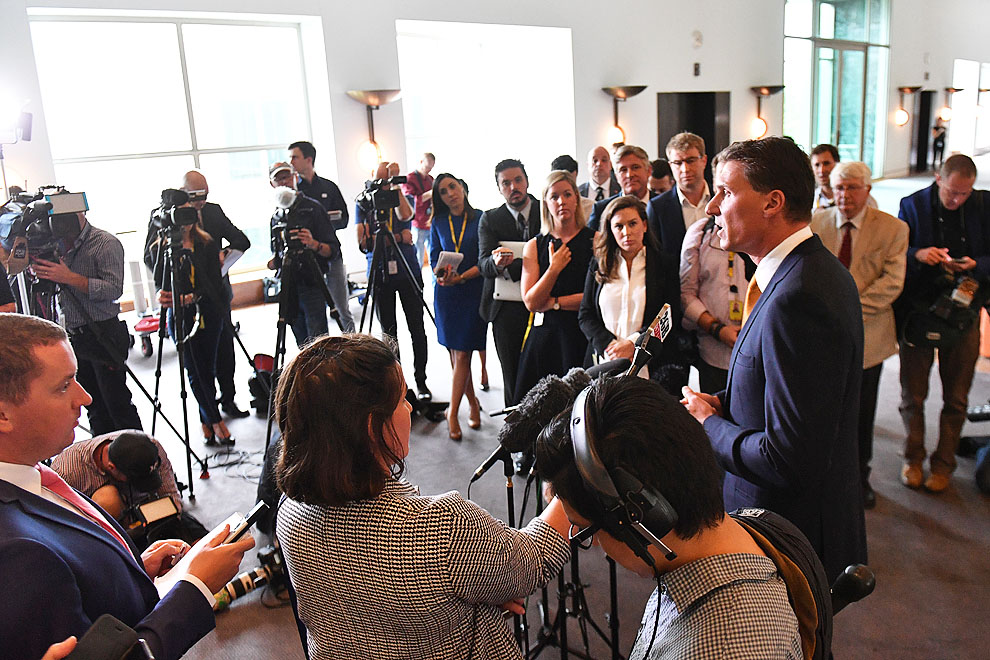 Nothing for the casualities of globalisation: Cory Bernardi speaks to the media after announcing his defection from the Liberal Party at Parliament House yesterday. Mick Tsikas/AAP Image

Which of today’s serving federal politicians could conceivably be described as a household name? Who among them would be easily identifiable across the great bulk of the politically uninterested?

Pauline Hanson, who celebrates the twenty-first anniversary of her arrival on the political scene next month. Opposition leader Bill Shorten, probably, and Julie Bishop, perhaps.

There may be more, but Cory Bernardi, who quit the Liberal Party on Tuesday, would struggle to make the top forty, and nothing could be more emblematic of the self-nourishing isolation of the political bubble, its disconnect with reality, than the media hoo-ha that accompanied this long-anticipated event.

So for a time – which, at time of writing, extends into Wednesday – consumers of news would have learnt, or been reminded, of the existence of this sour-faced senator from South Australia, the guy who once compared same-sex marriage to legalised bestiality. But his profile will soon fade and he’ll go the way of, say, Liberal Democrat David Leyonhjelm: an entity known only to political aficionados.

Of course, journalists shouldn’t just be driven by consumers’ immediate desires. Some stories are important or worthy enough to be thrust at the public. But this isn’t one of them. Bernardi is a bit player and his resignation signifies very little.

He has long described himself as a conviction politician, and it’s true that for a member of the profession he has been admirably consistent. This won’t help him now he’s on his own, because only a tiny market exists for his combination of ultra-dry economics and social super-conservativism. The anti-Muslim, and more general anti-immigration, element of his armoury is most likely to appeal, but there’s a crowded crossbench competing on that field, and the others – Hanson and her crew and Tasmania’s Jacqui Lambie – complement it with a much more flamboyant, interventionist product.

Bernardi’s ferocious opposition to gay marriage and preoccupation with carbon pricing and other elements of the culture wars are of interest only to a minuscule proportion of the electorate.

Contrary to some analysis this week, Bernardi’s below-the-line vote last year did indicate a degree of personal support. At 0.19 per cent, it was the highest of any Liberal candidate in any mainland state who wasn’t at the top of the ticket. (Tasmanians, having grown up with the Hare-Clark system for state elections, are well-practised at differentiating between candidates.)

So he enjoys a following: more than that 0.19 per cent (because more than nine out of ten people vote above the line) but still small. He’s big among the few per cent of the electorate often referred to as the Liberal base, or at least that section of the base that lurks in News Corp comment threads. Angry and obsessed with arcane ideological fodder, demanding purity from the party, they, like most political tragics, project their own fixations onto the majority of the electorate. Presumably it’s these people who have been encouraging Bernardi on his adventures.

But, unlike his role model, US president Donald Trump, Bernardi offers nothing to the casualties of globalisation and the global financial crisis. No comfort, no protection from the outside world apart from less immigration; in fact, he believes markets should be freer and government helping hands fewer.

His persona has been the dour, straight-talking, politically incorrect defender of traditional values, never taking a backward step. But since Tuesday’s announcement he’s spent a lot of time dissembling, trying to defend the indefensible: why he waited until being elected for another six years before jumping ship.

Where Trump hijacked a major political party and steered it to high office, Bernardi went the other way, in part because his future inside the tent was limited. Now, he will be just one vote on a big crossbench, and it’s difficult to imagine any issue on which he’d side with Labor and the Greens against the government.

Of course his announcement “hurts” the Coalition, in the sense that a government trailing by 8 per cent in the opinion polls is vulnerable to negative developments, no matter how trivial. It was “bad news” for Turnbull, but that’s a function of the opinion polls. If the government were leading by the same amount, political “events” would be interpreted more rosily for them.

On the evidence of Bernardi’s Tuesday press conference, one trait he shares with Trump is a hyper-inflated sense of self. His placement of himself in the political scheme seemed quite deluded. But then the whole exercise was like that: a hysterical fuss about very little.

This article sits in the same guilty genre. In a perfect world, I wouldn’t be contributing to this circus. But political obsessives desire to read about Cory Bernardi at the moment, and we all have a role to play.

May it pass quickly. •

Peter Brent is an Adjunct Research Fellow at the Swinburne Institute for Social Research. 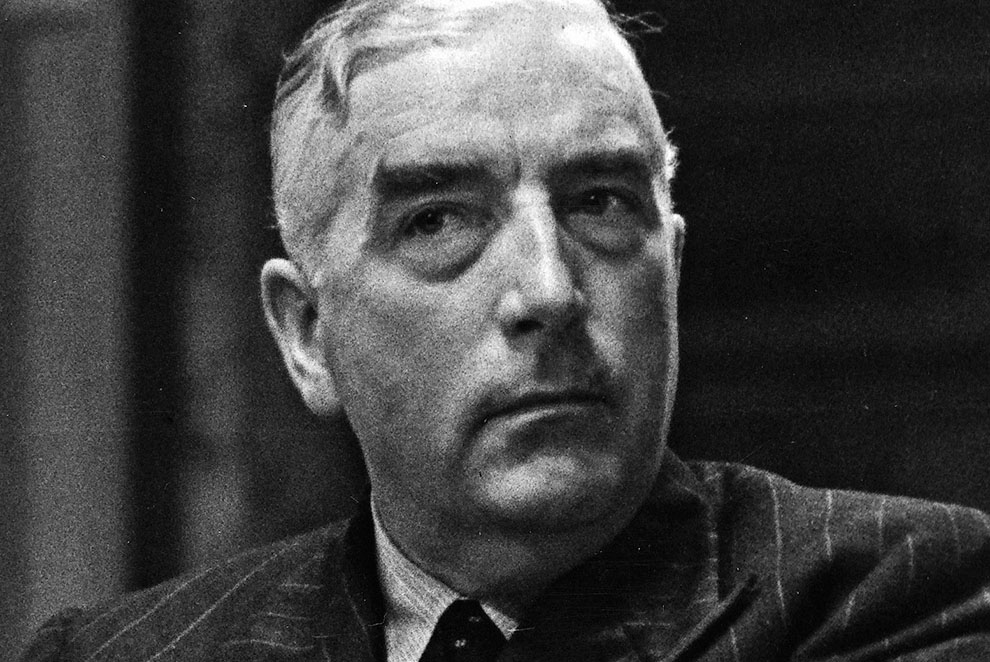