The growing demands of the superannuation industry are narrowing the government’s spending options, writes Brian Toohey 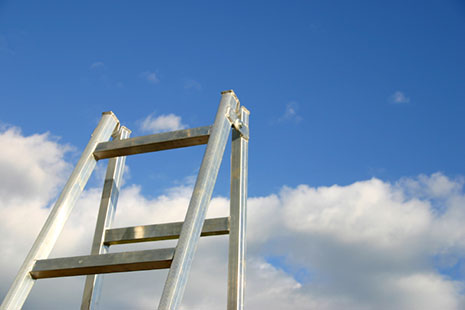 IMAGINE THE OUTCRY if Fair Work Australia decided that the minimum wage had to be increased so every family could afford a $4000 fridge, the latest wide screen TV, extensive travel and a flutter on the pokies. Business would condemn the Rudd government’s new industrial relations body as a throwback to the bad old days of the 1907 Harvester judgement, when Justice Higgins ignored the economic arguments and set the basic wage at the level needed to support a man, his wife and three children.

There is no prospect that Fair Work Australia will be so bold as to revive the spirit of Harvester. Yet the superannuation industry constantly demands that governments should dictate that all retirees must have enough income to buy a desired basket of goods in much the same way as Higgins did with the basic wage. The main difference is that the super industry’s basket goes well beyond Higgins’ notion of “frugal comfort.”

Not content with the basic age pension, the industry wants governments to intervene in the market place to ensure that people hand it a larger chunk of their pay packets in order to boost their incomes in retirement well beyond the age pension. (The unspoken consequence is that this will be at the expense of their current standard of living.)

No other industry has been as successful in convincing governments to interfere on its behalf in decisions about how individuals allocate their money. The super industry is also unrivalled at winning massive budgetary support. It has laid down benchmarks, requiring ever more government financial help, for what it considers is a sufficient retirement income. Never mind that meeting its definition of “enough” would punch a jagged hole in the budget and prevent the government from fulfilling its election promises in areas such as pre-schools, tertiary education and paid maternity leave.

The Association of Super Funds of Australia, or ASFA, takes two different approaches to benchmarking how much extra government intervention is needed for people to save what it says is enough. Each ignores the question of whether younger people would prefer to spend more on education, paying off their house, travelling and so on, even if this means they might have a little less to splash around in their dotage.

In one approach, ASFA commissioned the University of NSW’s Social Policy Research Centre to design a “more affluent” retirement incomes standard. The upshot is two retirement budgets, one of which the ASFA calls one “modest” and the other “comfortable.” (The latter includes the giant fridge costing over $4000.) ASFA’s comfortable budget for a single retiree is around $38,000 – well above the minimum wage of a little over $28,000, let alone the age pension of less than $15,000. ASFA’s “modest” budget for a single is $19,600 a year.

In case this is not enough for higher income earners, ASFA has another benchmark that requires everyone to retire on at least 70 per cent of their after-tax income, once the system is mature. For most, this will be well above the age pension, which governments have set at 25 percent of pre-tax average earnings.

ASFA constantly warns that the existing system, which compels people to contribute 9 per cent of their salary to super, won’t provide enough to live on in retirement. But its calculations are based on a mature system in which people spend only thirty years in the workforce. For those who work for forty years, the alleged problem vanishes because their retirement capital would normally double. Provided people work until sixty or sixty-five, Treasury modelling shows the 9 per cent contribution rate means that they will be better off financially in retirement than while they were slogging away in the workforce

Although some people will take time out of the workforce, it makes no sense for governments to design an immensely costly system based on the premise that everyone will retire at around age fifty. This would result in people being retired for longer than they work, adding to the burden on the shrinking proportion of the population in a workforce that must fund retirees’ growing health costs and other services.

When the age pension for males was introduced in 1909, the rate was equivalent to 12 per cent of average earnings. Although the retirement age was set at sixty-five, the average life expectancy for men was only fifty-five. With minor exceptions, the age pension remained the only retirement income stream supported by the budget – until Paul Keating introduced compulsory super in the 1990s without any public debate about the wisdom of doing so. Unlike the age pension, people can qualify for a tax-advantaged super pension at age fifty-five, despite the large increase in life expectancy since 1909.

Australia now has two retirement income streams – the age pension and super – with a combined budgetary cost that will soon surpass $60 billion a year. Until the recent market slide, Treasury estimated that the cost of the tax concessions for super would exceed that of the age pension by 2011–12. Nevertheless, in this topsy turvy welfare system, the budgetary support for the super fund pensions of high income earners far outweighs the cost of an individual age pension.

Until recently, the super industry’s demands raised few eyebrows. But that is starting to change, as prominent actuaries such as Michael Rice and Darren Wickham query the high cost of the tax concessions and the massive bias towards the well-off. Wickham calculates that 45 per cent of the value of the tax concessions goes to the top 10 per cent of earners and less than 2 per cent to the bottom 25 per cent. He calculates that the concessions cost more than twice the additional cost of the age pension if the super system did not exist.

Thanks to the global recession, budget revenue will be slashed over the next few years. But this does not mean, as Julia Gillard claimed recently, that the government must delay implementing reforms such as the Bradley Report proposals for higher education. Simply eliminating middle and upper class retirement welfare would free up ample funding and reduce unwarranted interference in the marketplace. •