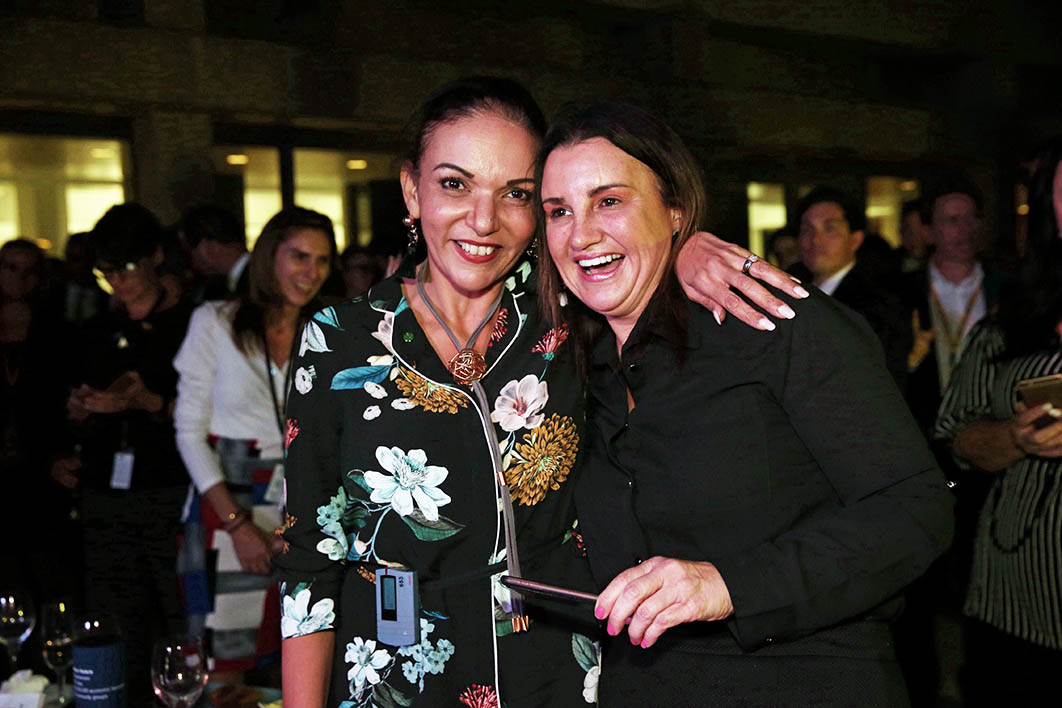 In Brisbane in the early 1970s a six-year-old Egyptian-born migrant girl offered up the following theory to her mother: “Mama, I’ve been thinking. I think we are asleep. The real us — we are all asleep and we are dreaming and this is the world — it’s us dreaming. Because we are not real. We are just dreams.”

I would have scooped up this precocious reincarnation of René Descartes and offered to manage her career on the speaking circuit when she grew up. The little girl’s mother, however, was having none of this wild speculation. Busily peeling something for dinner, she cocked her head and said to her daughter, “Don’t think too much. You go mad and nobody marry you.”

A decade or so later, at the other end of the country in Devonport, Tasmania, a handcuffed teenager was taking a ride in the back of a cop car. In a state of advanced intoxication, she’d jumped a fence to nick some firewood and managed to knock herself out. It was her second trip to the Devonport police station in six weeks. This girl’s mother was equally vehement in her advice: “Get out of that group, pull your head in and start studying or, at the very least, show up at school.”

The pint-sized philosopher grew up to be Dr Anne Aly, Labor MP, the first Muslim woman elected to parliament. The recidivist offender grew up to be former senator Jacqui Lambie, that quotable daughter of the Tasmanian north coast.

I read their memoirs in a contrapuntal fashion, alternating chapters as I went: sort of like Parallel Lives if Plutarch had written in the modern Australian vernacular. And, like Plutarch’s Lives, with its comparison of Alexander the Great and Julius Caesar, these fascinating books reveal the influence of character on destiny.

Aly and Lambie are irrepressible women from working-class backgrounds who both became battling single mothers, suffered in ways that might have crushed lesser people, and still managed somehow to have political careers.

Aly was the smart kid at school who revelled in being top of the class. Her family had migrated to Australia from Egypt and moved around a lot. She was sometimes bullied, rarely understood, and found herself suspended between the culture of Australian suburbia and her family’s expectations. But she also found a sense of community with the other kids living in the treeless struggle streets of her childhood.

Then one day a stranger came to stay. He was a possible husband for either Aly or her sister Rhonda, imported by their parents from the old country. Aly thought she had made a pact with her sister that neither would succumb, so she was shaken to the core when her sister meekly submitted to the project and returned to Cairo as a bride.

The whole family followed Rhonda back home. Aly herself, having coped with the culture shock, eventually attended the prestigious American University of Cairo. Then, as she explains, “Despite my family’s best efforts to match me with a suitable groom of their choosing, I ended up making my own mistake.” She married an Egyptian man named Sherif. After finishing her degree, Aly returned to Perth with him, and the couple bought a home and had a son named Adam and then another named Karim.

But it was not a happy marriage. Just how unhappy is revealed by Aly in this simple sentence that appears unheralded at the end of an uneventful paragraph: “Adam would have been around eighteen months old the first time his father hit me so hard it left me bruised and scarred.”

Aly spent the next twenty-five years extricating herself from the emotional weight of this physical blow. She suffered the indignities and frustrations of being a single mother. She threw herself into education. (She has four degrees.) She started then finished a long-term relationship. She became a leading international authority on counterterrorism and a respected academic. She met a solid ex-cop named Dave and married him. And then one day she was taking a rare holiday in Bali when she got a call from the Labor Party. Would she like to represent Labor in the marginal seat of Cowan?

Jacqui Lambie’s story also defies cliché in unexpected ways. For a start, she must be one of the most eccentric people ever elected to federal parliament.

By her own admission, she is “high maintenance.” She would also put her hand up to passionate, stubborn, mouthy and quick to anger. She is authentic and proudly unpretentious, yet often writes about herself in the third person.

Though unashamedly pugnacious (during her time in the army she once entered the boxing ring with an officer she didn’t like and hammered him), she is also strangely vulnerable. Again and again while reading her book I caught myself thinking, “Oh God, not again.” She has a rare genius for inspiring trouble to get out of bed and come looking for her.

The Australian army was the most important institution in Lambie’s life. It gave her the means to escape life as Devonport’s longest-serving checkout chick and make something of herself, but in the end it almost destroyed her.

A back injury sent her life into a spiral of unsuccessful cures, paralysing pain, and ennui. Addicted to painkillers, self-medicating with alcohol, at war with the Department of Veterans’ Affairs over compensation, Lambie suffered through what she calls “the lost decade of my life.” And then one winter’s night in 2009 — directionless, overweight and lost in the fog — she stepped purposefully into the path of a car.

Lambie regarded her survival as a sign from above. “I really believed God was giving me another shot at life.” She would shoulder arms, enter politics and — combining revenge with doing good — give Veterans’ Affairs merry hell. After a number of false starts, she rode into Canberra in 2014 on the ample coat-tails of Clive Palmer.

When she finally convinced Palmer that she would be the perfect Palmer United Party, or PUP, candidate in Tasmania, she collapsed in a puddle of tears: “I had been leaning up against my kitchen bench during the phone call and when it was over I just slid down onto the floor. I cried with relief; it was political game back on. Seems that Queen Jacqui was staying on the chess boards after all!”

In this bravely honest retelling of her life, Lambie is overcome with reticence just the once — on the question of why she left PUP and carried on as an independent. “It was no one’s fault in particular that PUP fell apart,” she writes. “There isn’t one reason I can point to. (Well, I suspect one person had a hand in it — not Clive — but I won’t broach that subject.)” Go on, Queen Jacqui, why not follow your true nature and lead with your chin?

In the end, Aly’s is the better book — as a book. She is a better writer than Lambie — as you would expect — and she is also wittier, mainly because she is more self-aware. But both books are funny, conversational and profane. These women have a story worth telling; and they tell their stories in a confessional style that rarely appears in more conventional Australian political memoirs. Imagine, if you will, a memoir by Bill Shorten or Christopher Pyne or Barnaby Joyce. Are you, like me, seeing a long, unreadable series of evasions and half-truths?

The accident-prone Lambie was bumped out of the Senate in 2017 by section 44 of the Constitution. “What really pissed me off more than anything,” she writes, “was that a 100-year-old document that no one looks at was legally questioning my allegiance to my country. I couldn’t believe it.”

As Lambie’s political career looked to be ending, Aly was just starting hers. Yet as a backbencher in the notoriously unmeritocratic Labor Party, she has influence but little power. Though she has already achieved so much as a symbol, she doesn’t strike me as the sort of person who is satisfied with merely turning up.

If she is not broken on the wheel of politics, could we envisage a day in the future when Dr Aly sits down in front of the governor-general in Yarralumla and takes her ministerial oath with one hand on the Qur’an? I hope so.

Maybe this future minister could even appoint an older — and, I hope, wiser and less Muslim-phobic — “GI Jac” to a government taskforce on drugs policy or Tasmania’s literacy crisis? Why not? Stranger things have already happened: the Labor Party preselected a Muslim woman, and a Queensland billionaire bankrolled a political neophyte he had never met so she could save her own life. ● 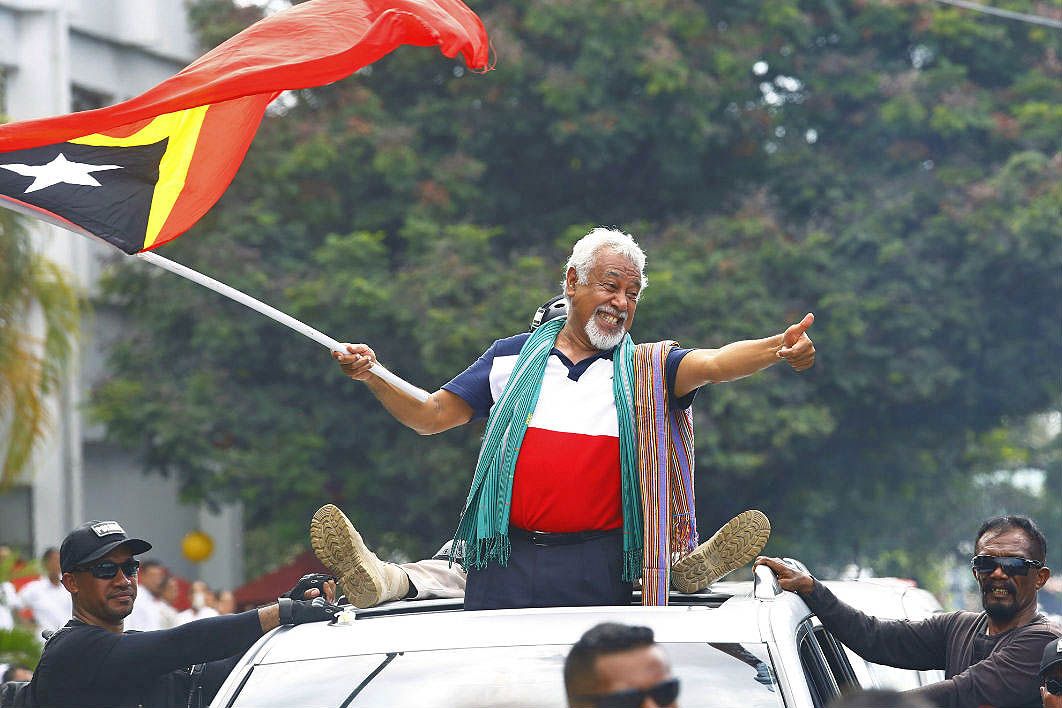