The transition from state to federal politics is rarely smooth, writes Norman Abjorensen. But Bob Carr could be one of the exceptions 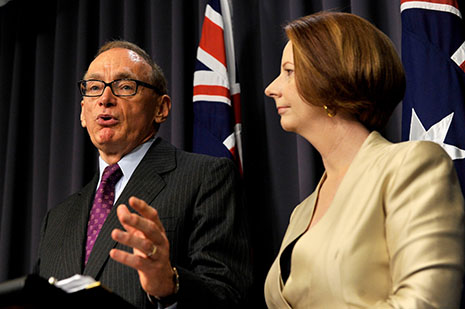 EVEN though the same parties contend for office in state and national elections, the evolution of Australia’s federal system has produced not so much political convergence as the carving out of quite separate spheres of political influence.

Many a state premier has cast an ambitious eye towards Canberra, and the parties themselves have not been shy in seeking to attract successful state leaders to the federal stage. But the fact remains that since the very early days of the Commonwealth, the transition from state to federal prominence is as difficult as it is rare.

The very first cabinet of the Commonwealth was rightly described as a “cabinet of kings,” dominated as it was by five former colonial premiers (William Lyne, New South Wales; George Turner, Victoria; Charles Kingston, South Australia; John Forrest, Western Australia; Philip Fysh, Tasmania) and a group of former senior state ministers. Indeed, the first seven prime ministers had all served in colonial parliaments, and it was not until Stanley Melbourne Bruce in 1923 that Australia had its first leader who had not served at state level.

Joe Lyons, who became prime minister in 1932 at the head of the new United Australia Party, had been Labor premier of Tasmania 1923–28, and was only the second – and proved to be the last – former premier to become prime minister. (The first was George Reid, 1904–05). Of the prime ministers after Lyons, only Robert Menzies (1939–41, 1949–66) and Frank Forde (1945) had previously served in state parliaments. Interestingly, Forde, Australia’s shortest-serving prime minister, is the only one to have returned to state politics, serving again in Queensland in 1955–57.

And yet successful, election-winning state premiers have often been tempted to look beyond their state borders for political advancement, and parties in search of a talent boost have often tried to woo state stars to Canberra. Neville Wran, NSW premier 1976–86, was considered to be a very real chance of taking over the Labor leadership in the late 1970s until Bob Hawke arrived on the scene. Queensland’s Wayne Goss would certainly have been a leadership contender were it not for serious illness that curtailed his run for parliament in 1998. Feelers had also been put out for South Australia’s Don Dunstan in the 1970s.

But the jump from small pond to big pond can be a bridge too far. The Northern Territory’s first chief minister, Paul Everingham, was seen as a rising star in conservative politics, but he more or less sank without trace after moving to Canberra. Perhaps the most publicised, as well as the most ludicrous, push by a state leader for national glory was that of former National Party premier of Queensland, Joh Bjelke-Petersen, who single-handedly wrecked whatever chance the Coalition had of winning the 1987 federal election by declaring war not just on the Labor government but also on his own side with his “Joh for Canberra” campaign. Just how he proposed to (a) get there, (b) persuade the Liberals to support him and (c) win the election was never explained.

In recent years, premiers Carmen Lawrence (Western Australia) and John Fahey (New South Wales) each moved to Canberra after losing office and became senior ministers in their respective governments. Going the other way, three recent state premiers – Ray Groom (Tasmania), John Olsen (South Australia) and John Brumby (Victoria) – each took office after having served in federal parliament (and in Olsen’s case, after switching from state to federal and back again).

All of which brings us up to the present and the dramatic resurgence of Bob Carr, the longest-serving premier of New South Wales, a figure touted a decade ago as a possible leadership draftee for a struggling Labor opposition. It is a curious trajectory for his career, strangely realising an earlier ambition sidetracked first by his virtual conscription to the Labor leadership after the election loss in 1988 and then by his accession to the premiership in 1995.

State politics had never been of more than passing interest to this bookish former journalist, who had been busy lining up both the numbers and the credentials to succeed Labor veteran Lionel Bowen in Kingsford Smith with the undisguised ambition to become foreign minister in a Labor government.

But Labor powerbrokers – those now familiar faceless men – had other ideas. Laurie Brereton who, like Carr, had served as a minister in New South Wales, wanted the leadership but had become a political liability in the state because of his zealous self-promotion, so he was shoe-horned into Kingsford Smith, playing a key role on organising Paul Keating’s ouster of Bob Hawke and later becoming a minister under Keating.

Now, some half a dozen years into political retirement, Bob Carr has realised his long-shelved ambition. It is a triumph for Julia Gillard, spoiled to some extent by messy handling of the appointment and its unfortunate leaking. The prime minister could have rewarded one of her key backers in caucus, but instead she has demonstrated both independence and authority. At one swoop, she has unburdened herself of a troublesome factional warrior, jettisoned an under-performing minister, seen off a key rival and markedly added to the government’s intellectual firepower with a new minister who will bring much-needed political smarts and communication skills to a government palpably in need of both.

There is little to criticise in Carr’s suitability. A rare intellectual in politics, he is a close follower of foreign affairs, steeped in history and, for a former state premier, remarkably well connected. His appointment would have been well received, perhaps even encouraged, in Washington, where he is known as a staunch friend of the United States and is also well connected.

Fortuitous turn of events or a carefully planned strategy? We can only speculate on the extent to which Kevin Rudd’s abrupt resignation and leadership challenge were brought on by calculated goading, just as we can only surmise about the circumstance and timing of Mark Arbib’s resignation from the Senate. Few things happen by chance in the parallel world of politics. •

Vladimir Putin is likely to win Sunday’s presidential elections, but it’s less clear how events will unfold in Russia once he moves back into his old job, writes John Besemeres 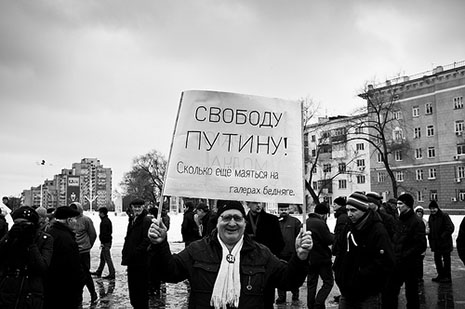