Public–private partnerships have turned out to be an expensive way of plugging infrastructure gaps, writes Nicholas Gruen. The evidence shows that governments need to get back into the investment business 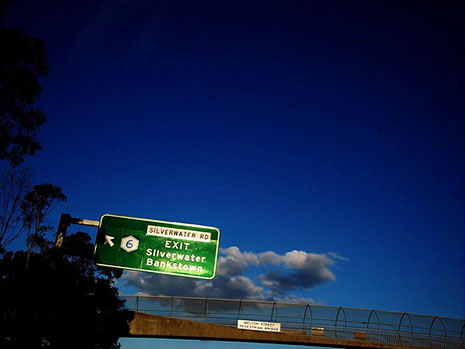 ECONOMIC reform in Australia has been a triumphant success. From the mid 1980s on, it pulled our relative economic fortunes out of their decades-long decline and propelled us through the Asian crisis. Reform was built on simple and compelling principles, including some that affronted the commonsense beliefs of many ordinary Australians. Surely tariffs create jobs? Well, they don’t – and so we cut them.

But having made such progress, we’ve gone backwards in one area, and all in the name of a kind of faux economic rationalism. Enter fiscal populism. Rather than simply getting budgets into operating surplus – mostly a very good thing – Australian governments have embraced the notion that all debt is bad. But most of the time debt is only bad if it’s used to fund recurrent expenditure – see Charles Dickens on the difference between small sustained operating profits and sustained losses; it’s the difference between happiness and misery. But debt can also help us fund investment.

By focusing on the costs of debt but not its potential benefits, we find ourselves where we could have expected to be. Australian government debt has been lowered to zero with a mix of asset sales and a string of Commonwealth surpluses made up of that portion of surging revenues from the mining boom that wasn’t refunded to taxpayers as tax cuts. State governments, which carry much of the capital investment burden of the Australian public sector, have also borne down on debt.

But the glories of unburdened balance sheets have been purchased at the cost of growing deficits in precisely the thing that higher government debt might have funded – infrastructure. Partly filling the gap has been private investment in some kinds of infrastructure, funded by tolls on roads and/or rent payments by government to investors. While superficially attractive, and almost certainly better than no investment at all, most of these public-private partnerships, or PPPs – in all manner of infrastructure assets, from roads and railway stations to hospitals and desalination plants – have been built at a higher cost to the public than would have been the case if they had been built the way they used to be, as government-owned assets built with debt finance.

There are many small reasons why PPPs generate bad value, and one big reason. The small reasons all relate to the artifice required to involve private investors in some specific piece of capital, like a road, a hospital or a desalination plant. They need reassurance from governments that some future government investment – say a competing road or hospital – won’t “strand” their asset. As a consequence, the transfer of risk to the private investor is always uncertain, and where it can be brought about it’s usually at the cost of the government’s binding its own plans for infrastructure well into the future. This can involve huge and uncertain costs.

The big reason is straightforward. Given that infrastructure assets are typically highly capital intensive, and even allowing for some reasonable loading for the risk of specific infrastructure projects, governments face much lower costs to mobilise the necessary capital to build them.

Just as arbitrary debt restrictions imposed upon a household or a firm would be a recipe for long-term impoverishment (at least relative to what it might otherwise have achieved), so too for the public sector – and obviously so. Indeed, as Australian households have borrowed more and more, there is a particular perversity in arbitrarily constraining the borrowing of the entity that enjoys the lowest borrowing cost – the government – especially at a time when our largest cities groan under the weight of a widely recognised infrastructure crisis.

If it means anything, fiscal conservatism should mean prudently building the net worth of the public sector and doing so in a measured way – that is, at an acceptable risk. In an environment in which some infrastructure assets typically enjoy a rate of commercial return well above the cost of borrowing (not to mention additional returns to society and improved environmental amenity), borrowing should be encouraged up to the point at which further borrowing would constitute an unacceptable risk. This is how public companies and many households are run.

Had the NSW government chosen to fund the toll roads that now encircle Sydney, the state would have acquired ownership of a stream of revenue with a net present value of around $12.8 billion (in 2009–10 dollars), at the cost of increasing its borrowing by $7 billion, according to indicative modelling in a recent study my colleagues and I at Lateral Economics carried out for the councils of Western Sydney. In other words, by taking on a little more risk the state would have set itself up to increase its net worth by around $5.8 billion. Factoring in the additional risk the government was taking on, we calculate that its net worth could have increased by $4.6 billion. By today over 60 per cent of the original borrowing would have been paid off, leaving a cash flow to the budget of $379 million each year after interest payments and even after provisioning for further principal repayments. In the unlikely event that New South Wales suffered a credit downgrade as a result of funding these projects then the investment – even taking into account the additional interest costs associated with such a downgrade – would still have been very worthwhile.

ONE touted benefit of privatisation is that the owners of an asset have the incentive to manage it for the long term – in contrast to politicians whose objectives are often dominated by the next election. Alas, as Australians are beginning to realise, far from liberating us from the tyranny of the short term, private investment in infrastructure is yet another manifestation of the dominance of short-termism in politics.

The politicians of the last twenty years have served their own short-term electoral interests by mortgaging their constituents’ future. Their constituents are now paying. True, they are not paying as much public debt interest as they would have been had governments invested in debt-funded infrastructure. But they are paying inflated tolls on roads and heavy mortgage repayments that reflect the lack of land release and the loading of infrastructure charges onto the land that has been released. And they are paying with their time as they wait at peak hour in traffic that has slowed to a crawl or crowd into late trains and buses.

All that having been said, popular concern about fiscal laxity is not only well-founded but has also helped create a great public asset. This couldn’t have been better illustrated than by Australia’s performance during the recent global economic crisis, when our exceptionally strong balance sheet gave us the strength to stimulate the economy and thus avoid recession.

For this reason, any move towards higher debt-funded investment in infrastructure should not be – nor even be suspected to be – a simple lurch towards profligate spending, complacency or pork-barrelling. Properly done, a move towards a more balanced approach to managing the public assets and liabilities – to a better balance between monetary and physical assets – should be done in the context of further building Australia’s now enviable reputation for fiscal prudence.

This requires that additional debt-funded investment in economic infrastructure be accompanied by further institutional development – the same kind of institutional development that higher-income countries have typically embraced in the last three decades in their monetary policies. We should continue to run operating surpluses except during cyclical economic downturns, and to build the institutions capable of entrenching a culture of prudence and integrity in the investment of such funds in infrastructure. Major decisions should not be made except on the basis of public, independent, expert advice.

With our commitment to further economic reform in the balance, it’s hard to think of a more timely issue. Compared with the political nightmare of tax or tariff reform, refashioning the management of fiscal policy and the management of the government balance sheet in this way would be child’s play. Just as businesses have to turn a profit, politicians have to get re-elected; done right, a change of this kind can be in their own long-term self-interest. Add to that the fact that, at least at the federal level, timid governments don’t seem to last.

Oppositions find it hard to argue for more debt because… well, who wants more debt? But once securely in government, prudently expanding borrowing to fund much-needed infrastructure at the lowest possible social cost is a political no-brainer. The electorate likes to see governments investing in the future. And the alternative – arbitrarily restricting investment while commuters nurse their resentments in traffic jams or waiting for late trains – is a political road to nowhere.

Of course an opposition would object to rising debt, as oppositions are doing whenever they get the chance right now. But against a confident and visionary government – especially one receiving regular public advice on the sustainability of its budget from an independent and highly regarded economic agency like a beefed up Audit Office – they’d be an easy target. “Will opposition members tell us which major infrastructure project they’d shelve to retire debt?”

As Kristina Keneally prepares for political oblivion, and John Brumby sweats it out wondering if he’ll get back in, it’s possible that the penny might drop. They should ponder this fact. Had New South Wales or Victoria funded the tollways that now thread their way through Melbourne and Sydney, those governments’ net worth would be billions higher with millions rolling into their budgets each year and debt attributable to the roads steadily falling.

They’d be well set up for the next generation of infrastructure investment for which, as ever, the electorate clamours. •