Paying for class in Australia’s schools 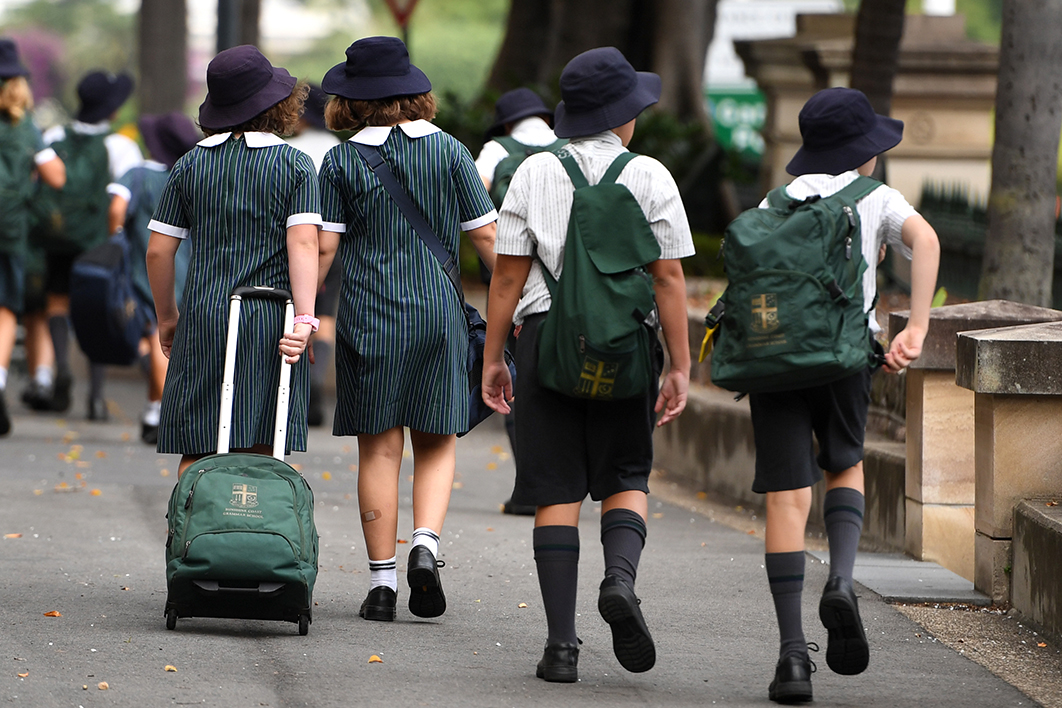 “Those well placed to do so are walking away from less advantaged schools at an increasing rate.” Dan Peled/AAP Image

We are off again into another school year. It’s always a time of excitement and expectation for students and their families: a new year, new friends and often a new school. It is also an exciting time for teachers and school principals as they welcome returning and new students. Principals are particularly keen to know how many students they will have; higher enrolments mean more resources.

But the new school year is about much more than student numbers. Principals know improving the quality of teaching and learning is their priority. They also know some students, more than others, help this happen. Students bring to school varying levels of prior learning, family education, networks and know-how. Getting the “right” students is the hidden agenda in the competition between schools.

It can be a vicious competition, and it’s also very unequal. Some schools set entry tests or charge fees, while others must take all comers. Families tend to value the former over the latter: regardless of their innate quality (which is actually high), schools enrolling all comers don’t always ooze the traditional impressions and measures of quality. And, of course, when schools enrolling students with similar backgrounds are compared there is surprisingly little quality difference between them.

The real problem is that schools increasingly don’t enrol similar students, which means Australian families and children can have a quite disparate experience of school. It is schooling, not school, that is the common experience: those well placed to do so are walking away from less advantaged schools at an increasing rate.

There is no shortage of reports about this phenomenon and the hierarchy of schools that it creates. If we track school-by-school results over time, the link between this widening hierarchy and the spread of student achievement becomes more obvious.

As well as seeing this in terms of Australia’s NAPLAN testing and the OECD’s PISA rankings, it’s becoming apparent in the measures of student achievement that every family knows about: the Higher School Certificate in New South Wales, the Victorian Certificate of Education, and the OP (Overall Position) ranking in Queensland. What these measures are showing is enough to sober up any dinner table conversation about league tables and what it all means for families, schools, communities and Australia.

New research showing where high achievers go to school tells the story that was summarised in what we once called the Fairfax media this week. Let’s start with the city and the bush. In the NSW HSC the number of “distinguished achievers” has increased considerably in urban schools over the past decade, but has stagnated in rural and regional areas. In Victoria, average VCE scores in regional areas have been in decline for years. In Queensland, the major cities are increasingly winners when it comes to high-level results.

Rural–urban migration explains some of this, but the distribution of students isn’t changing that much; the bigger change is that the losing-out schools have an increasing proportion of the most disadvantaged students. The schools haven’t changed, but who goes to them certainly has.

The second part of the story is that high-achieving students increasingly attend high-SES schools — those schools that are ranked higher in terms of socioeconomic status — regardless of location and sector. Distinguished achievers in the HSC are no longer found in lower-SES schools in anywhere near the numbers they were a decade ago. The story is similar in Victoria and Queensland.

Cutting across these layers is the third story, the division between government and non-government sectors. Non-government (and selective government schools) have the lion’s share of high-end Year 12 results. That won’t come as any surprise, but what’s striking is that the gaps between these schools and the others are widening. Discriminators like entry tests and school fees are producing separate experiences and outcomes for students related to their level of advantage, their location and their ability. Unequal opportunities have always existed, but it is simply getting worse.

Surely some schools are still better than others? Indeed some are, particularly those showing significant and sustained improvement. Schools should always be seeking to improve, but when so many of them in a similar location or sector lose their high achievers then there is much more than school quality in play. What’s happening is that school choice — available to some far more than others — is pushing aspirational and advantaged students up the school SES ladder. And they are taking their high scores with them, leaving deficits in the schools they’ve left behind.

In more than one sense families are paying for class. This is not a matter of blaming parents; this is about how the system works for some but not for everyone. It is failing to improve overall student achievement, including in schools at the top end, which some educators consider to be cruising. Instead, we are seeing growing clusters of high-achieving students attending advantaged schools, and the opposite trend in poorer schools.

Whenever policymakers are confronted with such findings they revert to the language of choice. It has become like parenthood itself: everyone seems to believe in it. Or do they? Discussions about school choice are mainly a niche conversation among those who have it — and this might extend, at a pinch, to around half of Australia’s households. Interestingly, a 2016 survey revealed that less than a fifth of respondents wanted greater choice of schools.

A couple of years ago the late Bernie Shepherd and I crunched the data behind the My School website and could only see a school future that included rising inequity and inequality, enrolments shifting to advantaged schools, concentrating disadvantage, a deepening school SES hierarchy, an increasing achievement gap, and increasing costs of failing to tackle disadvantage. The changing distribution of student achievement confirms that we are on target for this unhappy future.

So what do we do? The priority should always have been to make every local school the school of first choice for families. This means shifting the focus of school improvement, innovation and resourcing to these schools — if necessary at the expense of others. This has to be accompanied by a progressive reduction in the extent to which we currently subsidise students to go elsewhere. Until all that happens nothing much else will change. •

Chris Bonnor is a Fellow of the Centre for Policy Development and author of a new discussion paper, Separating Scholars: How Australia Abandons Its Struggling Schools.