Who will lead the Coalition after its almost inevitable loss at the next election? Long-time press gallery member Rob Chalmers assesses a small field 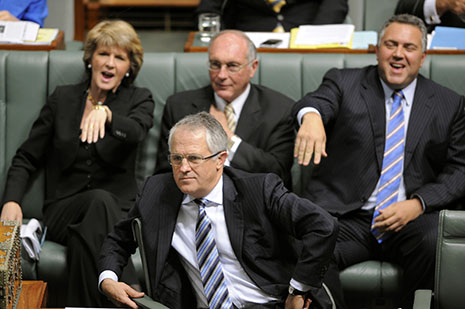 IT IS INCREASINGLY difficult to name the next Liberal prime minister. Malcolm Turnbull’s prospects are receding and history, let alone the polls, is against his winning the next election. No new government coming to office after an election has been denied a second term since the Scullin Labor government was wiped out by the Great Depression at the December 1931 election. Some prime ministers have gone close to losing their second election – Menzies in 1951, Whitlam in 1974 and Howard in 1998 – but Rudd looks a near certain winner of the next election, which could be as early as March next year.

Turnbull clings to the belief that the next election is winnable; after all, a small swing of 1.6 per cent against Labor and Rudd would be out of office. But given Rudd’s command of the polls since he took over as opposition leader in December 2006, it would be amazing if Turnbull succeeded in defeating easily the most popular federal political figure since serious polling began. The pundits in the press gallery, including the author, are at a loss to explain the extraordinary popularity of Rudd, a grey, no-frills politician. Like Howard, he is ordinary, and his oratory is far behind every PM since Bill McMahon. Nor can his polling easily be explained by the troubles of the Coalition in opposition. After all, as opposition leader and only five months out from the 2007 election, Rudd led Howard as preferred PM 46 per cent to 40 per cent. The Howard government was not in nearly as much trouble as the Turnbull opposition and enjoyed the advantage of being in office.

Rudd’s polling has gone to even higher levels since the 2007 election because the voters like what his government has been doing and have come to admire him even more. A factor must be Rudd’s much higher visibility as PM compared to his days as opposition leader. Having said that, it is clear Rudd’s domination of politics has been assisted by the failure of the Coalition party room to come to grips with opposition after Howard’s long reign. Brendan Nelson was narrowly elected leader after the 2007 election, mainly because Nick Minchin worked hard to find votes for him outside New South Wales. Nelson was happy to defend the Howard government record, but a majority of Liberal MPs soon came to realise that he was essentially a lightweight. Turnbull replaced him and set about fashioning a party that had put the Howard years behind it and looked to the future. But Turnbull found strong resistance from right-wing Libs and the Nationals, many of whom believed the election loss was simply a hiccough and voters would soon realise their mistake.

Turnbull has failed to persuade voters that the government’s economic stimulus program is dangerous and will load our children down with debt. Being factually incorrect doesn’t help him: Australia’s debt level is not a problem. Worse, his resistance to Rudd’s Carbon Pollution Reduction Scheme has failed to capture the public imagination. The Rudd approach to dealing with climate change is both timid and unconvincing, yet Turnbull tries to portray it as radical and dangerous. At the same time the opposition leader knows he will have to vote for it in November to avoid giving Rudd a double dissolution election trigger.

Malcolm Mackerras’s latest electoral pendulum, which takes account of the likely redistribution in Queensland and New South Wales (to be finalised in January), shows that a swing of less than 2 per cent to the government would produce a gain of thirteen seats. Should this occur, the numbers after the next election (assuming the independents retain their seats) would produce a House comprising ninety-six Labor members, three independents and fifty-one Coalition MPs – a very sizable government majority. The Coalition would then be presented with the monumental task of winning an additional twenty-five seats to take the election after next. In a sense this is a best-case scenario since the Coalition holds twenty-five seats by less than 5 per cent going into the next election.

If Turnbull loses the election and is dumped, Joe Hockey, although not of the right wing, is most likely to succeed him. But the Libs would be foolish to abandon Turnbull, easily the most competent of all the senior figures. If Hockey is favoured, Turnbull could return to the leadership before long. Jovial and likeable, Hockey is also accident prone and inclined to shoot from the lip. Labor will remind voters at the coming election that he was the minister responsible for pushing WorkChoices after Howard sacked Kevin Andrews as IR minister.

Tony Abbott is most unlikely to win the next leadership ballot. Many in the party room believe he is unable to separate his Catholicism from his politics. Abbott caused considerable unrest and even a degree of religious bigotry among some of his Liberal colleagues when, as health minister, he opposed legalisation of the abortion drug RU486. He also unsuccessfully opposed extending stem cell research to human embryos. Abbott would be a liability among women voters. He is also close to the conservative Cardinal Pell and David Clarke, the NSW Legislative Council member and leader of the right faction who, his opponents charge, is attempting to bring Catholic teaching into NSW Liberal social policy.

And Labor won’t be immune to leadership pressures. Should Rudd win the next election, there will be many in the caucus pushing for him to retire and hand the leadership to Julia Gillard. They might not win this argument first time around, but if Rudd wins two more elections he will most certainly retire. The caucus would grab with both hands the opportunity to refresh the leadership with the first woman occupant of The Lodge. At forty-eight, Gillard has many years of politics still before her. But she might not have to wait on Rudd’s decision; the Labor caucus demonstrated a willingness to dump a successful leader when it supported Keating in his challenge to Hawke, even though Hawke was the most electorally successful leader Labor has ever had. •

Another day in the red 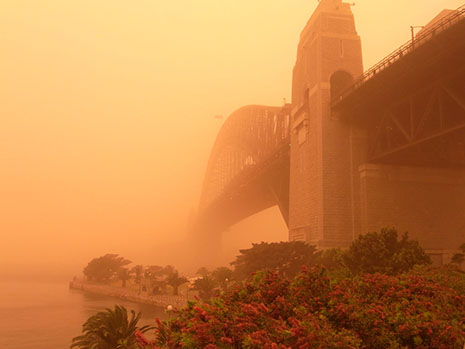