Books | The popular Labor senator was fortunate in her biographer 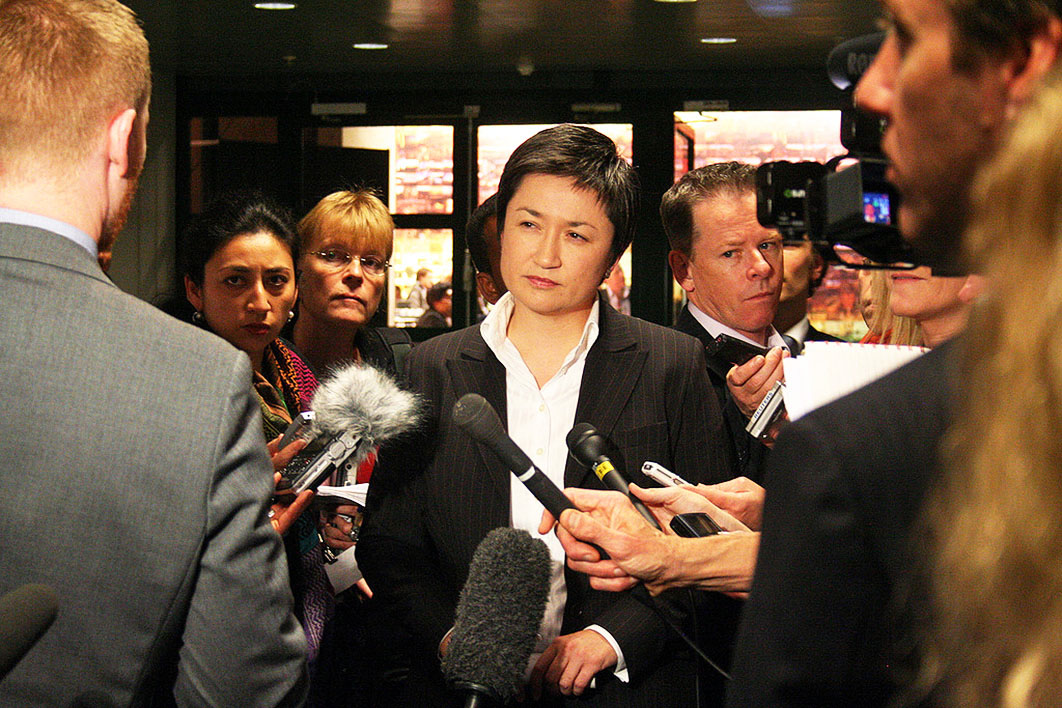 A poll released by the Australia Institute in April rated Penny Wong as the best-known member of the shadow cabinet after then leader Bill Shorten, twelve points ahead of current leader Anthony Albanese. Major speeches since then, including a keynote address to the Australian Institute of International Affairs this week, have drawn calls for her to move to the lower house and position herself to become the next prime minister.

“There is a cult of Penny Wong,” Margaret Simons writes in Penny Wong: Passion and Principle, and in media appearances following the AIIA address Wong displayed with renewed vigour the qualities that have earned her such an ardent following. She combines natural authority with acerbic wit and moments of winning charm. As shadow foreign minister, she displays a level of knowledge and sophistication that puts Scott Morrison to shame. Her rhetorical impact is second to none in the current parliament.

Someone of Wong’s political stature will inevitably attract biographers, and the most likely readership is among those already won over by the brio of her public performances. When the writer stepping up for the task is one of the most discerning, trustworthy and knowledgeable journalists in Australia, it looks like a winning ticket. The risk, if any, might be that the book would turn into an exercise in homage, but Wong herself made sure that didn’t happen.

As Simons’s bald opening statement puts it, “Penny Wong did not want this book to be written.” The writer was faced with something more than non-cooperation: she was stonewalled and subjected to chilling censoriousness. Although she shows no sign of having taken personal offence at this — treating it as a professional challenge, in fact — I imagine readers will be offended on her behalf. Surely a political figure of Wong’s importance must expect a biography as an inevitable part of his or her public exposure? Surely she must have been aware that, if it was inevitable, she was lucky it was to be written by a journalist with a first-rate track record, who would be scrupulous in observing the embargoes on speaking to family or digging too far into sensitive personal matters?

Wong did eventually agree to some interviews — six, in all — which took place in sterile meeting rooms. She was far too astute to afford her renegade biographer “the gift” of access to any space that might reflect her personality, as Simons comments, and unwelcome questions were greeted with “the Wong stare and what felt like a drop in the temperature of the room.”

Simons skilfully compensates for the lack of access to those in Wong’s inner circle. She has extensively researched Wong’s family history and, drawing on her own experience of growing up in Adelaide, provides a vivid sense of that social and political milieu. She is also well informed about all the political contexts relevant to Wong’s career, and knows how to do the investigative work to get the necessary background.

There’s certainly a story to tell. Wong spent her early childhood years in the Malaysian state of Sabah, on the island of Borneo, moving to Adelaide at the age of eight when her parents’ marriage broke up. Her father’s Chinese ancestry meant that she was all-too-easily identified as a foreigner in her new primary school, and bullied accordingly, yet her mother’s family, the Chapmans, were “old Adelaide,” with a history going back to the founding years of the city in the 1830s.

It’s prime material for Who Do You Think You Are? and, woven together with the story of the Malaysian side of the family, makes for a complex portrait of Wong’s cultural heritage. For all Simons’s meticulous research, though, the account lacks vibrancy, because the personality at the centre of it is missing. There are few engaging anecdotes or tales of childhood adventures, no confessions of teenage angst.

The book provides an authoritative account of the South Australian context in which Wong started on her future path, first through student politics, where she began to develop her “ferocious” capacity for attack and counterattack, then through the factional system of state politics. Her implacable opposition to the Hawke–Keating graduate tax (later to be introduced as HECS) marked her out as a new talent on the left of the party. She became a protégé of Labor senator Nick Bolkus and an ally of a young Labor activist, Jay Weatherill, fighting on behalf of unions and gaining some notoriety for her involvement in CFMEU demonstrations against anti-logging legislation.

Campaigning on fraught issues that she would later see differently contributed to her enduring dislike of “binary thinking.” One of her key attributes as a mature politician is her resistance to the trap of adopting for-it-or-against-it positions on complex and evolving issues. She also refuses to be retrospectively one-sided about the devastating internecine wars of the Rudd–Gillard years.

Those wars took their toll on her, limiting her opportunities to make real headway in a massive portfolio as minister for climate change and water. The central chapters of the book are titled “Penny Wong Fails to Save the World” parts one and two. Still in her forties, she brought exceptional levels of mental preparation and ethical maturity to the impasses she faced. Her attempts to negotiate parliamentary support for the Carbon Pollution Reduction Scheme were confounded by tribal conflicts and vested interests, leading to defeat in the Senate in 2009. Then came the rollercoaster experience of the Copenhagen Summit, where she and Kevin Rudd collaborated on a marathon effort to broker agreement on a new international accord.

The pair worked through the night, and the next night, snatching brief interludes of sleep on the surrounding furniture. Barack Obama joined them, literally rolling his sleeves up. This was forensic legislative work, all about steering through make-or-break factors with deftly formulated clauses. Rudd was “wonderful… extraordinary, outstanding,” Wong attests. (At this point, her conversations with Simons were evidently running more smoothly.) Amid the Rudd-bashing trend that has taken hold since then, it’s an important reminder of how cultures of political judgement can steer wide of the mark.

However often she fails to save the world, Wong responds well to reality-testing, and there was no more stringent test than her party’s 2019 election defeat. Simons used steely persistence to secure a final interview with her subject in July 2019 in the belief that it was vital to get some insights into how she was reorienting herself after the debacle.

The determination paid off. The concluding chapters in the book are the strongest, as Simons focuses on the qualities of an outstanding political intelligence at a time when such qualities seem to be perversely excluded from the opportunities of government. Perhaps mellowed by what she has been through, Wong lets her guard down to describe how sweetly her children responded to the loss, making her a coffee and giving her their last gingerbread man.

Just the day before this final meeting, Wong had been interviewed by Fran Kelly on Radio National Breakfast. Speaking as shadow foreign affairs minister, she talked through a range of critical international situations — the significance of Trump’s stepping over the North Korean border, the US–China trade war, escalating tensions between the United States and Iran — navigating around gotcha questions with authority and finesse. “Here were hints of the kind of foreign minister she would have been,” Simons comments. More than a hint of this was also evident in her recent address to the AIIA; if fate has thwarted her, all of us are the losers.

The contemporary political biography is very different from the traditional biography, which is a form of history told posthumously through a major public figure. Publishers are now looking for something more like an extended profile — a blend of gossip, personal story and parliamentary intrigue. But if there is any serious value in a biography such as this, it is surely in the insights it gives into those who hold political power, or aspire to. What kind of people are they? What really matters to them? What (if any) are their principles? Are they mere opportunists, or do they have a genuine vision for the national future and the public good? No politician should shy away from a writer, like Simons, who focuses on such questions. •

Jane Goodall is an Emeritus Professor with the Writing and Society Research Centre at Western Sydney University. Her latest book is The Politics of the Common Good: Dispossession in Australia. 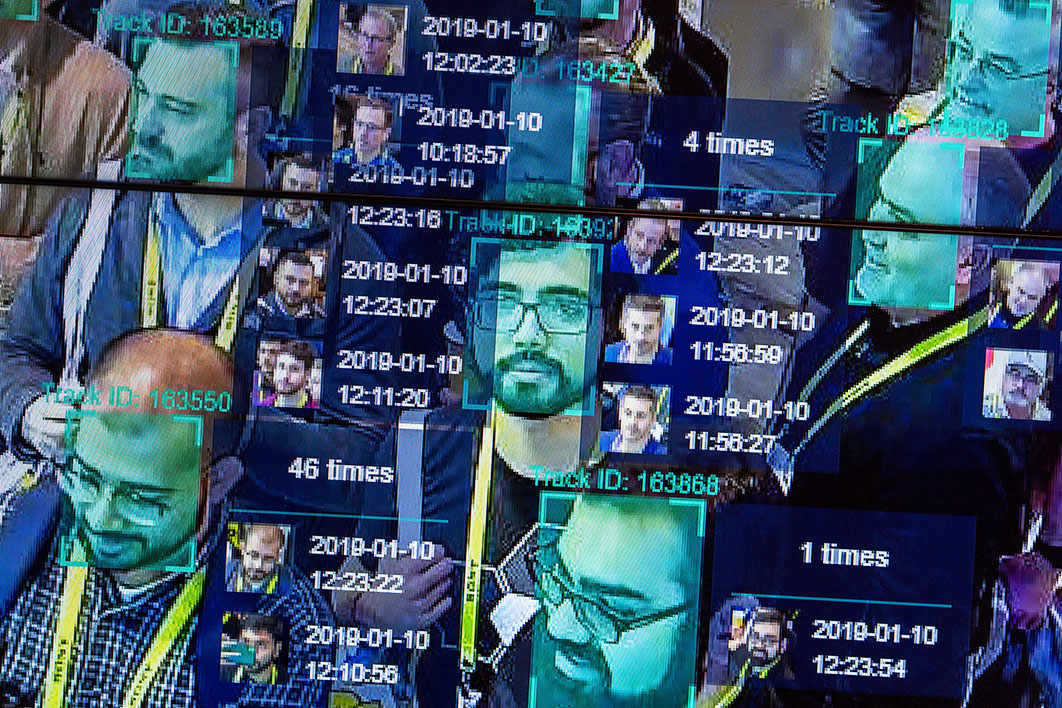