Philip Morris, Australia and the fate of Europe’s trade talks

Australia’s clash with Philip Morris over plain packaging has disrupted trade talks between the United States and Europe, reports James Panichi in Brussels 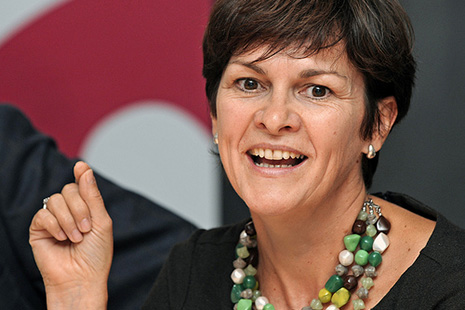 IT isn’t often that Australia rates a mention in the European Union’s corridors of power. And that’s no bad thing: the long-running diplomatic stoushes with Canberra over agriculture and market access are seen here as water under the bridge. No news is definitely good news.

Yet for the past few months Australia has been the talk of the town. A little-known investment treaty between Hong Kong and Australia, signed in 1993, is being used as a cautionary tale of what lies in store for Europe as it negotiates its way towards what will be the biggest free trade and investment agreement ever. And Europe’s executive is responding by saying it has learnt from Australia’s mistakes.

Here’s how it happened. Talks to remove trade barriers between the United States and the European Union’s twenty-eight member states had been bubbling away nicely. An independent report suggested the planned Transatlantic Trade and Investment Partnership, or TTIP – pronounced T-Tip – would benefit the European Union by €119 billion a year and the United States by €95 billion. Seen as a win-win, it was on target for a 2014 signing.

Cut to Australia in 2011, and the federal government has introduced its groundbreaking plain-packaging laws, the world’s first legislation to remove branding from cigarette boxes. Europe, which was drafting tobacco legislation of its own at the time, seriously considered following suit (although it eventually backed away from mandatory plain-packing).

The wake-up call came a few months later, when Philip Morris Asia Limited – the Asian arm of the American tobacco producer – took the Australian government to the international Permanent Court of Arbitration using the investor-state dispute settlement mechanism, or ISDS, embedded in Australia’s bilateral investment treaty with Hong Kong. As the case wove its way into European consciousness, the soul-searching began.

ISDSs had been seen as a necessary element of broader EU investment deals – there’s one in the recently signed trade deal between Canada and the European Union, for instance – and had raised few concerns. The Philip Morris case placed this legal provision front and centre of the debate, leaving the European Commission scrambling to allay the fears of the public and deal with the media backlash.

AN ISDS is a provision in a trade or investment treaty that explicitly grants companies or investors the right to force a government before a domestic court or a specially created international arbitration tribunal if it has breached the terms of the treaty. Governments can then be held responsible – and financially liable – if the legal action is successful.

Monique Goyens, the tough-talking Belgian director-general of the European Consumers’ Organisation, says she only learned of ISDSs seven months ago. “And I have been a lawyer for over thirty years,” she tells me in her Brussels office.

Goyens sees no need for an additional legal mechanism to deal with disputes that could be resolved through routine court action. “Australia is a developed country which has a very good judicial system,” she says. “There is no reason why, if there is a problem [with trade], it should not be challenged before a court, or a corporate arbitration court.”

The quality of Western countries’ own legal systems is an important part of the argument advanced by Goyens and other ISDS opponents. That’s because traditionally ISDSs have been included in investment deals with developing countries in which the legal system can be politicised. Clear legal guarantees needed to be built into investment treaties because taking action in local courts was not seen as an option.

For example, the fear of expropriation (which is one of the reasons the Commission gives for including an ISDS in current negotiations with the United States) has traditionally been a concern for foreign investors in developing countries. When Venezuela nationalised its oil resources in 2007, foreign companies were left exposed.

But ISDSs also cover foreign companies that are discriminated against by the host government or treated unfairly – and here the terminology and the nature of the breach are less clear. The fear is that corporations may use the ISDS to demand compensation for changes in government policy made in the interest of citizens. The challenge to Australia’s tobacco legislation is cited as one example; Germany’s decision to shut down a nuclear reactor, which prompted legal action from Swedish power company Vattenfall, is another.

This is why many in Brussels who support the TTIP are arguing that the associated ISDS might not be worth the risk. The legal systems of EU member states and the United States are already strong enough to deal with any conflict arising as a result of an investment deal; and as for governments nationalising industries without compensation, well, that’s unlikely to happen.

“I think that TTIP might be a game-changer,” says Romain Pardo, a policy analyst with the European Policy Centre, a Brussels think tank. “It’s very ambitious in its aim to tackle non-tariff barriers to trade, which includes regulation… There are significant gains to be made.” Yet Pardo is convinced that TTIP could work without having an ISDS attached to it. “You could have an investment [deal] based on smart regulation between the two sides, which businesses could implement themselves to reduce their costs. So I don’t think an ISDS is a precondition to a TTIP.”

The controversy leaves the European Commission’s trade ministry battling on two fronts. On the one hand, the negotiations with the Americans had already been delayed by the shutdown of the US federal government in 2013 (the EU trade commissioner, Karel De Gucht, still wants to sign the deal before his term ends in May, but that now appears unlikely). At the same time, the Commission must manage an anti-ISDS backlash it hadn’t expected.

And when Europe’s executive is in trouble, the European Parliament is usually ready to pounce. Members of a parliamentary committee used a routine trade hearing to grill De Gucht and place ISDSs firmly on the agenda. The commissioner, who was facing an investigation (since dropped) into his personal finances by the Belgian tax office, said little to reassure legislators.

“It is a learning process,” De Gucht told the hearing. “There has been a lot of evolution worldwide, with respect to ISDS, mainly as a result of the case of Philip Morris against Australia. So the whole thinking is changing about that. We are ready to go further if there are good proposals to do so.”

By “going further,” De Gucht was suggesting that Europe would not sign up to an Australian-style ISDS that would allow a company to bring legal action against legitimate public policy. John Clancy, De Gucht’s spokesman, put it to me more forcefully. “What is going on in the [Philip Morris] case is of great concern,” he said. “We want to stop this kind of action by big multinationals, that are trying to run roughshod over genuine concerns of parliament and the public.”

Clancy believes that Europe has already achieved that aim with its trade agreements with Canada and Singapore. “We used a much more modern, transparent and effective system of legal language which ensures that this kind of action cannot take place.”

THE problem with scrapping ISDSs, according to the Commission, is that the US legal system is not set up to deal with international investment agreements. “Quite simply, TTIP cannot be enforced in US domestic courts,” Clancy says. “So, this is about ensuring [that] investors have the right to a certain amount of protection.”

“We need to ensure that the environment is right, the legal stability is there,” he says. “That is actually one of the keys to attracting investment – particularly for SMEs [small to medium enterprises]. They need to feel comfortable about putting their money in the trans-Atlantic marketplace.”

Over at the European Parliament, though, many MEPs – particularly those who were ideologically sceptical about TTIP to begin with – aren’t buying the Commission’s argument. They sense that the debate over ISDSs is tapping into broader concerns about the loss of legislative sovereignty in the face of legal challenges by large corporations – and that issue is set to play out in the European parliamentary elections in May.

Anna Cavazzini, a policy adviser for Green German MEP Ska Keller, says De Gucht is now “looking for arguments” to defend the ISDS component in the TTIP. “The Commission says that something like Australia will never happen to us because, of course, we will put in place a better mechanism which will make the frivolous claims impossible,” she told me. “We don’t believe this is true, or that it is even possible.”

Australia, meanwhile, is partway through negotiations for a Trans-Pacific Partnership with the United States and ten other countries – and the latest draft of that trade deal has its own ISDS built in. •

James Panichi is a journalist with ABC Radio National, on extended leave in Brussels. He writes regularly on Europe for Inside Story. His report on the TTIP for Radio National Breakfast is here. 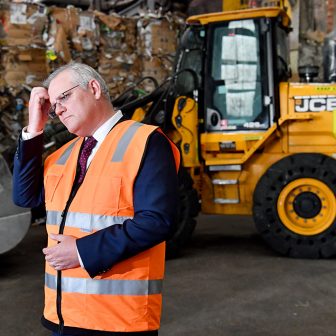 A different kind of war 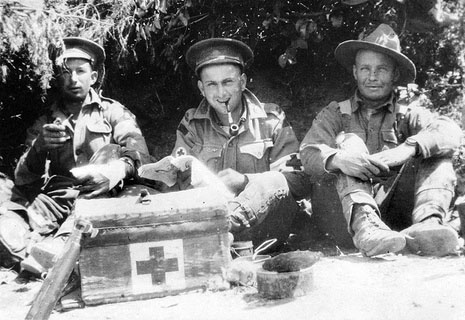