Next week’s elections will determine whether the gains made under president Benigno Aquino are consolidated or eroded, writes Ronald D. Holmes in Manila 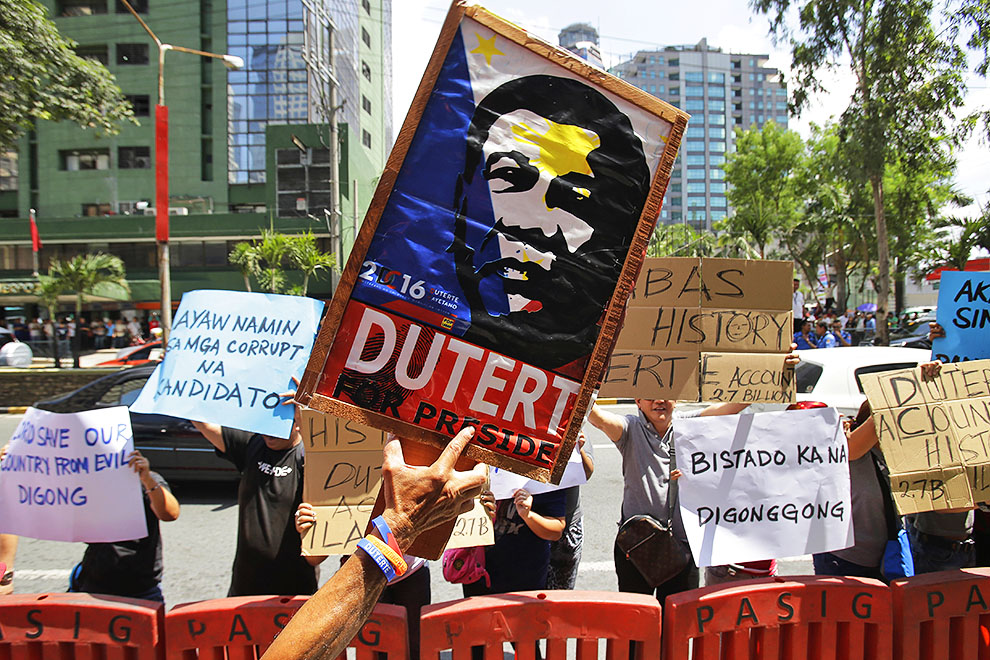 In a series of profiles published by the online news site Rappler, the contenders for the Philippines presidency are assessed on the basis of dichotomies – the “ideal” versus the “demonised.” The idealised versions come from the narratives woven and communicated by the contenders through political advertisements and election barnstorming, and during the three presidential debates sponsored by the national electoral commission. The demonised versions capture the reality that the roster of contenders is in many ways as limited as it has been in the past.

This is not to say that the 2016 is any less exciting than it predecessors. The races for the top two positions, president and vice-president, are real nail-biters, the closest contests the country has experienced over the period since the first postwar election in 1946. Surveys over the past year have shown significant shifts in voting support, with the leading contender in both the presidential and vice-presidential race garnering from a quarter to, at most, a third of the popular votes. In the presidential race, the most recent pollhas controversial Davao City mayor Rodrigo Duterte leading his nearest rival by 11 percentage points – an unchanged lead despite Duterte’s recent, highly offensive remark about a rape case, which went viral in both social and traditional media.

In the vice-presidential race, the namesake son of the late president Ferdinand Marcos, Ferdinand “Bongbong” Marcos Jr, wrestled the lead from the earlier front-runner, a fellow senator, Francis “Chiz” Escudero, in mid March last year. Since that time, Bongbong’s support has marginally increased. But another candidate, representative Leni Robredo, has made gains, closing the gap with the erstwhile front-runner and even putting her marginally ahead of Marcos in the latest poll.

With less than a week to go before the elections (which also cover congess and other levels of government), the outcome is definitely too close to call, especially now that a serious allegation of hidden and unexplained wealth has been levelled against the leading presidential contender, Duterte. If this allegation is substantiated and the evidence widely disseminated, Duterte’s support may erode, especially among those who are backing him because of his image as a non-corrupt official. While his brusque manner and womanising ways may have not affected his support so far, proof that he has amassed unexplained wealth will put his reputation as a cleanskin in serious doubt.

Tight as the presidential and vice presidential races are, the 2016 elections are basically re-enacting a more than century-old ritual in which members of the elite, central or local, jostle to gain greater control of government. While Duterte may be regarded as a political outsider, he is the son of a provincial governor and has competed, and sustained his position, within a democracy whose institutions are feeble. Perhaps it is the weakness of these institutions – parties, congress and the courts – in relation to the executive that leads analysts to articulate a fear of a resurgence of authoritarianism or even a real fascist movement.

While the final outcome of the presidential and vice-presidential races is uncertain, the bigger threat for the Philippines is demonstrated by the fact that the election has been devoid of any substantive discussion of the problems that underlie the country’s boom–bust economic performance. None of the candidates has a clearly differentiated platform from which to tackle these problems. While the administration candidate, Manuel “Mar” Roxas, has campaigned on a continuity slogan, even this pitch falls flat when one recognises that the reforms carried out under the current president, Benigno Aquino, have yet to be institutionalised.

The non-passage of key transparency measures – the Freedom of Information Act, the basic law that would have formalised the peace agreement between the government and the Moro Islamic Liberation Front, measures to reform relations between central and local government and build up more programmatically focused parties – simply leaves too much elbow room for the next president to pursue their own, potentially myopic plans.

The other potential threat is the possibility of political instability. As after previous elections, the losing contenders are certain to file electoral protests. They may allege that other contenders have used illegal tactics to shore up their votes, or they may focus on shortcomings in the conduct of the polls. It’s even possible that we may also see a repetition of the traditional elite’s attempt in 2000 to depose a popularly elected president. Would the new president have the capacity to engage his supporters to counter such manoeuvrings? Would extraordinary measures be used to defend the administration?

Regardless of the outcome of the elections, we may see a return of the kind of political instability that in the past held back economic growth, disadvantaged less well-off Philippine households, and left the country outpaced by its neighbours. •