Picasso, Dior and the remarkable House of Glass 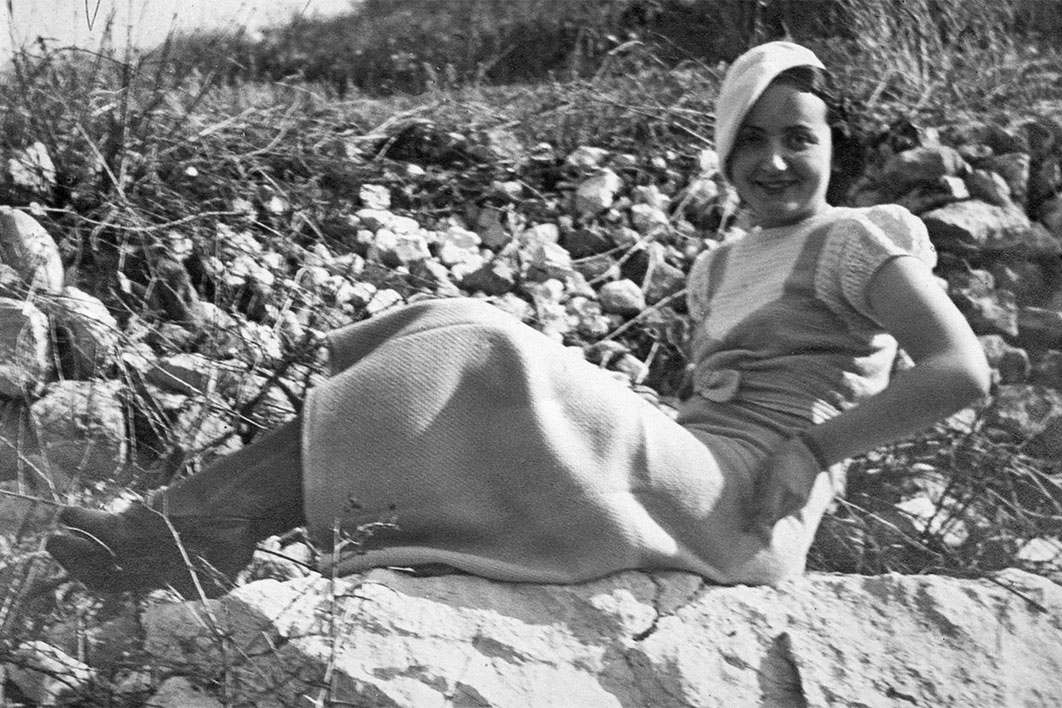 House of Glass: The Story and Secrets of a Twentieth-Century Jewish Family
By Hadley Freeman | 4th Estate | $37.99 | 448 pages

Ever since Sholem Aleichem’s stories — and their Broadway and Hollywood adaptations in Fiddler on the Roof — the shtetl, or eastern European Jewish village, has been heavily schmaltzified. The reality was very different. Shtetl Jews were generally poor and beset by persecution and pogroms.

Hadley Freeman’s forebears, the Glasses, came from a shtetl by the name of Chrzanow. In their remembrance it was, for a time at least, a relatively happy place. As part of the Austro-Hungarian empire, it had flourished under the philo-Semitic rule of the emperor Franz Josef.

After the empire’s defeat in the first world war, though, things began to deteriorate. As early as October 1918 rumours began circulating that the Polish authorities were planning a pogrom. “On 5 November 1918,” writes Freeman, “six days before the end of the war, the first town in the newly liberated Poland to suffer such an attack was Chrzanow.” Poland was becoming as anti-Semitic as Germany, for more or less the same reasons.

Their shtetl name was Ghlas, and they had been a family of six. Reuben, the father, never much of a provider, died from the effects of having been gassed in the service of Franz Josef’s army, leaving his widow Chaya a pittance for raising the four children. The rumoured pogrom arrived, and through a web of connections and with a great deal of courage, the family fled to France. There they reinvented themselves, but it wasn’t long before another war loomed and France itself was invaded. Within a matter of months the country of their refuge became as dangerous for them as the one they had fled.

By now this is a story familiar to us. Every book about the Holocaust tells a similar tale of how, after indescribable suffering and against all odds, someone somehow survived. I confess that I’ve read so many of these books (and reviewed no small number of them) that they’ve tended to meld into one another. Each brings different details to their common theme, but it’s not to detract from their call on our sympathy to suggest that some are more skilfully written than others. The House of Glass certainly counts as one of these. Henri (left) and his fiance Sonia with Sala, their mother Chaya and Jacques.

Freeman, who writes on fashion for the Guardian in London, was launched into this history on discovering a shoebox in her grandmother’s Miami apartment. Her grandmother had died some years before, but the son who was living there hadn’t got rid of all her things. Thinking of writing a book about her grandmother’s fashion sense, Freeman was going through her clothes when she spotted the box behind a pile of handbags at the back of the closet.

She had always found this grandmother somewhat aloof. All but one of the siblings had survived the Holocaust and, for all their luck, there was sadness enough among the survivors for the one who was lost. But two were still living in France, and though America had been good to Sala Freeman, and saved her life, the longing for France never left. After opening the box, her granddaughter Hadley was well on the road to learning why.

What did it contain? A photo album; some loose photos; photocopied pages of a book called Dressmakers of France; letters in French; a pencil drawing; a metal plate inscribed with GLASS, Prisonnier Cambrai, 1940; a photocopied note in French informing on the Glasses in hiding; an International Red Cross telegram with “distressing news”; newspaper clippings about Alex Maguy and photos of him with Picasso; and a drawing by the latter, signed “Avec amitié.”

What started out, then, as an idea for a memoir about her grandmother’s love of France and fashion morphed into a family saga. The more Freeman dug, the more she realised that, so entangled were their lives, it was impossible to write about one family member without reference to the others. That being so, The House of Glass risked turning into an unwieldy conglomerate of a narrative. Its readability is testament to Hadley Freeman’s journalistic skills. She writes uncommonly well, focusing on the Glass siblings one at a time and moving back and forth between them over the years. Thus she builds a kaleidoscopic picture of the whole of the twentieth century out of their separate stories. Remarkably, too, the momentum never flags.

There’s Sender, who became Alex in France; Jehuda, who became Henri; Jakob, who became Jacques. Sala for her part became Sara, but reverted to Sala in late life. In this they exemplified a common transformation undertaken by migrants. (My great-grandfather Shmuel was Samuel in America; my grandfather Lev was Leo.) I can see that this could be a problem for some readers; fortunately there’s a family tree at the book’s beginning.

The two brothers who survived the Holocaust lived to become wealthy — Alex fabulously so, yet his success seemed the most improbable. He was the scrappiest of the kids, smaller than his brothers, and never stopped being defiant and taking risks. Alone among the siblings he spoke a Yiddish-inflected French and never tried to rid himself of his accent.

Setting up as a tailor with Jacques in the Marais, then a Paris ghetto, he decided he wanted to be a couturier, of all things, and through grit and persistence realised this near-impossible dream. Once France was invaded and a neighbour snitched on his hideout, he joined the French Foreign Legion and ended up in England with de Gaulle. Soon he was part of the vital expedition to keep the Norwegian port of Narvik from the Germans. He went back to France, resumed his couturier business in the Vichy south, and worked there until he was captured. After he escaped from the train headed for Auschwitz, he made his way back to Paris.

Henri, a qualified engineer, invented a machine to reproduce documents “quickly and cheaply” and set up a photography business specialising in this technique. Useful to the Germans, he was spared the camps. The technique, however, proved equally useful to the Resistance for creating false passports and other documentation, and he was canny enough to survive in Paris until its liberation by the Allies.

Brother Jacques, meanwhile, played by the rules. A gregarious optimist by nature, content as a debt-ridden Marais tailor, he saw no reason to resist. Time and again he needlessly complied with the authorities, imagining that would ensure his safety.

Then there was Sara, or Sala. A sickly child who grew up spending long periods in Swiss sanatoriums, she eventually joined her mother and brothers in Paris. It was the making of her; as her health improved her soul was set free. She enrolled in art school and began work designing patterns for fabrics. She even fell in love. But as the Nazi steamroller came closer, her brothers devised a scheme to save her and, by extension, them all.

These are the bare bones of the story, and if I’ve given away any secrets, don’t take them as spoilers. This is an incredibly rich story, meticulously researched, beautifully written, and informed by a rare perspicacity. What’s more, it’s the work of a storyteller whose major interest, like that of her grandmother and her Uncle Alex, has been the international world of fashion and its connection with twentieth-century modern art. And so we have Chagall and Picasso, Dior and Nina Ricci, all entwined with the intriguing House of Glass. •

Does the government’s coronavirus modelling understate the effects of the lockdown? 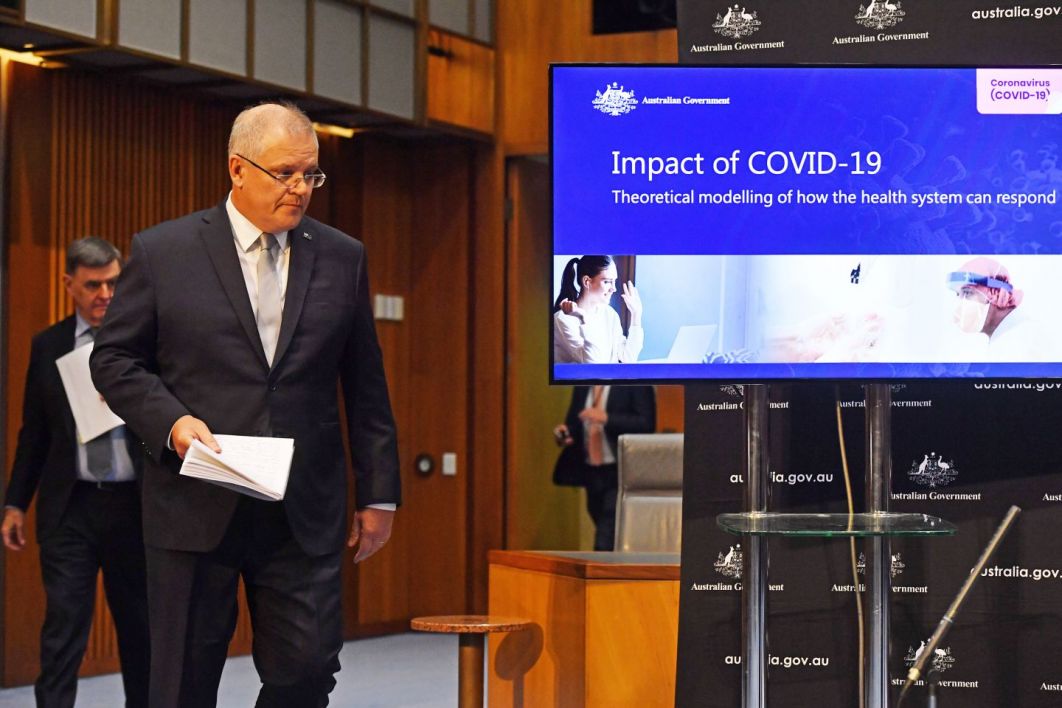