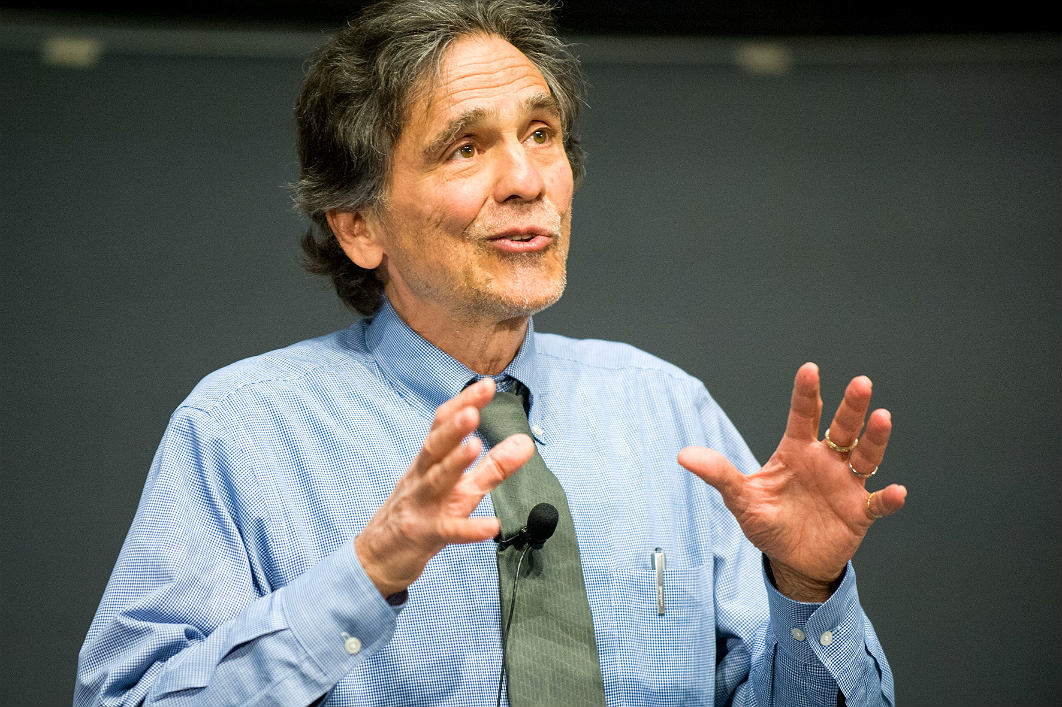 It’s a complex and puzzling reality. In an age of ever more sophisticated and expensive medical treatments, the mere fact of receiving medical care, regardless of its nature, can initiate a healing process. This phenomenon, which we know as the placebo effect, points to the importance of psychological factors and medical rituals for physical health.

The term itself originates in the Latin word for “I shall please,” and originally referred to an inert substance given quite deliberately to “please” the patient, typically when the doctor had no other options available. Researchers use placebos as a methodological tool when they’re testing new treatments: they are given to one group of trial participants and the treatment (usually a drug or a vaccine) is given to another. In the classic randomised, double-blinded, placebo-controlled trial, neither clinicians nor patients know who is receiving active treatment.

Nowadays, withholding treatment from the placebo group can no longer be considered ethical in many circumstances — especially in trialling cancer medicines, where the side effects of chemotherapy agents are distinctive and often severe. For the majority of medical conditions, the control group is now given whatever is recognised as the current treatment. As the 2008 guidelines from the US Department of Health and Human Services state, “Placebos may be used in clinical trials where there is no known or available alternative therapy that can be tolerated by the subjects.” It’s an approach that continues to generate considerable ethical discussion.

In day-to-day healthcare, the placebo effect is triggered by a person’s belief in the benefit of the treatment and his or her expectation of feeling better, rather than by the specific form the placebo takes. Its opposite is the nocebo (from the Latin “to harm”) effect, which usually arises when patients have the expectation — based on experience or information from a trusted source — that a treatment (placebo or real) may have adverse effects.

In placebo-controlled clinical trials, patients who receive the placebo can experience similar side effects to those experienced by the patients receiving active treatment, a phenomenon that can be attributed to information inadvertently communicated during the consent process. Up to 26 per cent of patients in the control groups of large drug trials discontinue placebo use because of perceived adverse effects.

One of the earliest scientific investigators of the placebo effect was American anaesthesiologist Henry Beecher. His ideas, first published in 1955 in an article entitled “The Powerful Placebo” in the Journal of the American Medical Association, were sparked by his work with wounded soldiers during the second world war. The placebo effect certainly didn’t start in a wartime field hospital, but Beecher was the first to research it and to discuss it in the context of informed consent and medical ethics. Placebo effects are often considered illegitimate and unscientific, or to be a treatment for neurotic patients when the clinician has nothing better to offer. But they are not bogus, they occur in a wide range of medical conditions, and their impact can be quite robust.

A growing body of clinical research shows that placebo and nocebo effects are genuine bio-psychological phenomena with a variety of contributing mechanisms. Biologically, complex mechanisms can activate relevant areas of the brain via the same pathways used by common medicines; psychologically, expectations, motivation, conditioning, memory and trust are involved in how a patient responds to treatment. The picture is further complicated by considerable differences between individuals. Researchers are now looking at the genetic make-up of people likely to respond to placebo and nocebo effects.

Although placebos may provide relief, they rarely cure. But while there is no evidence that placebos can shrink tumours, they can alleviate some symptoms of cancer, such as pain, and the side effects of cancer treatment, including fatigue and nausea. They have been used to treat depression, menopause, irritable bowel syndrome, migraines and other conditions, and are especially effective in treating pain. Nocebo effects can aggravate the side effects associated with real treatments, reducing quality of life and the likelihood of a patient’s following a course of therapy; they are especially pronounced in cases of sexual dysfunction.

Much of what is known about placebo effects comes from research with healthy volunteers — research that necessarily uses deceptive techniques and is not directly pertinent to clinical practice. Research needs to be expanded to enable a better understanding of the roles these effects currently play, and could potentially play, in medical treatments. This is especially urgent in areas like pain management, where opioids and other medications are linked to undesirable medical and social problems. It is also important to construct and test ethically appropriate methods of communicating the potential side effects of treatments to minimise the nocebo effect, and to educate clinicians about these findings.

Researchers have struggled to come up with a way to harness the placebo effect without deceiving patients. Recent studies suggest that placebos can work even when patients are aware of what they’re being treated with, providing the potential benefits are explained to them.

But the placebo concept is not readily transferrable to research into alternative surgical procedures, largely because sham surgery comes with risks arising from anaesthesia and the need to simulate invasive procedures and incisions. Instead, new procedures (generally developed by individuals and/or teams with results reported retrospectively) are judged on their perceived value relative to previously accepted treatments. We do know, though, that some of the outcomes of mainstream surgery are due to placebo effects, although the value of specific surgical interventions often goes unexplored because of the problem of creating a valid control group.

While very few surgical procedures have been subject to the sort of investigation that medicines are required to undergo, there is plenty of evidence that more should be done to assess low-value interventions. A 2013 study found only fifty-three such studies of this kind, over half of which showed no benefit from surgery. Examples include a 2002 study that showed arthroscopic surgeries done for advanced arthritis are no more effective than a sham operation (incisions only), and two 2009 studies that showed that a procedure using a medical cement to seal fractures on osteoporotic spines worked no better than faking it (by applying spinal pressure and simulating the smell of the cement). In each case, the placebo effect is likely to explain the assumed benefit.

Despite these findings, surgical practice is largely unchanged and surgical training often reinforces existing treatment biases. But there are signs of changing attitudes in the profession. In 2016 the Royal College of Surgeons in Britain argued that placebo-controlled trials should be used more often, and there have been calls in Australia for more such research.

One key area thrown into relief by the placebo effect is the patient–doctor relationship. We know that significant improvements in patients’ symptoms can be attributed to the therapeutic encounter, as can regressions, regardless of medication, surgery or other treatments. Attention, trust, attitude and manner of speaking undoubtedly reduce both real and perceived discomfort and disability. Particularly when no cure is available, supportive and attentive care can create a therapeutic bias in patients that improves their quality of life.

Some doctors cast placebo effects in a negative light, perhaps partly because of the term itself and its history. Yet international research suggests that more than half of all doctors have prescribed what are effectively placebos, the most common being antibiotics, physiotherapy, sedatives and vitamins. A more considered approach might avoid the need for doctors to ignore their own training and prescribe medications like antibiotics and sedatives simply to please a patient.

The therapeutic relationships between patient and healthcare provider that deliver placebo effects are especially pronounced in unconventional medicine and in cultural and spiritual rituals around sickness and health. A large part of the effects of unconventional and indigenous medicines is likely to reflect enhanced placebo effects. Ted Kaptchuk, a pioneer American researcher in the area of placebo effects, has looked at Navajo rituals, and others have written about spirituality as an overlooked predictor of placebo effects. “What makes therapy legitimate — positive clinical outcomes or culturally acceptable methods of their attainment?” Kaptchuk asks. It’s not always an entirely straightforward matter.

As we move to ensure that the healthcare system is more patient-focused and culturally safe and delivers high-value services, the role of placebos and placebo effects must be carefully evaluated, considered and communicated. • 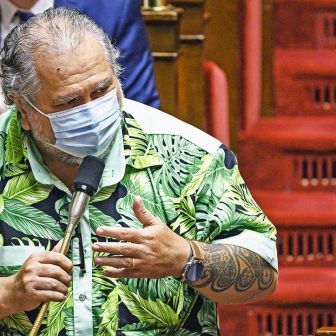 International Macron, memory and Moruroa Nic Maclellan 21 July 2021 The French president won’t be able to avoid the legacies of nuclear testing when he visits Tahiti this week 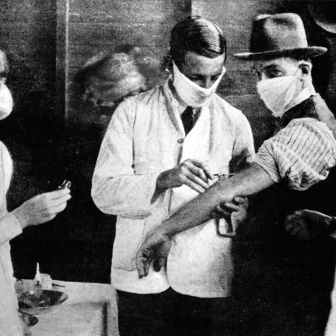 National Affairs A little jab, now and then Frank Bongiorno 9 July 2021 The federal government’s handling of vaccinations shows how much damage has been done to the public sector 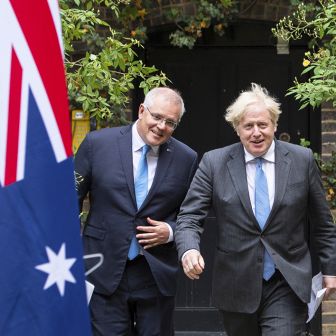 Could a new model of online learning break down the growing divide between Australian schools? 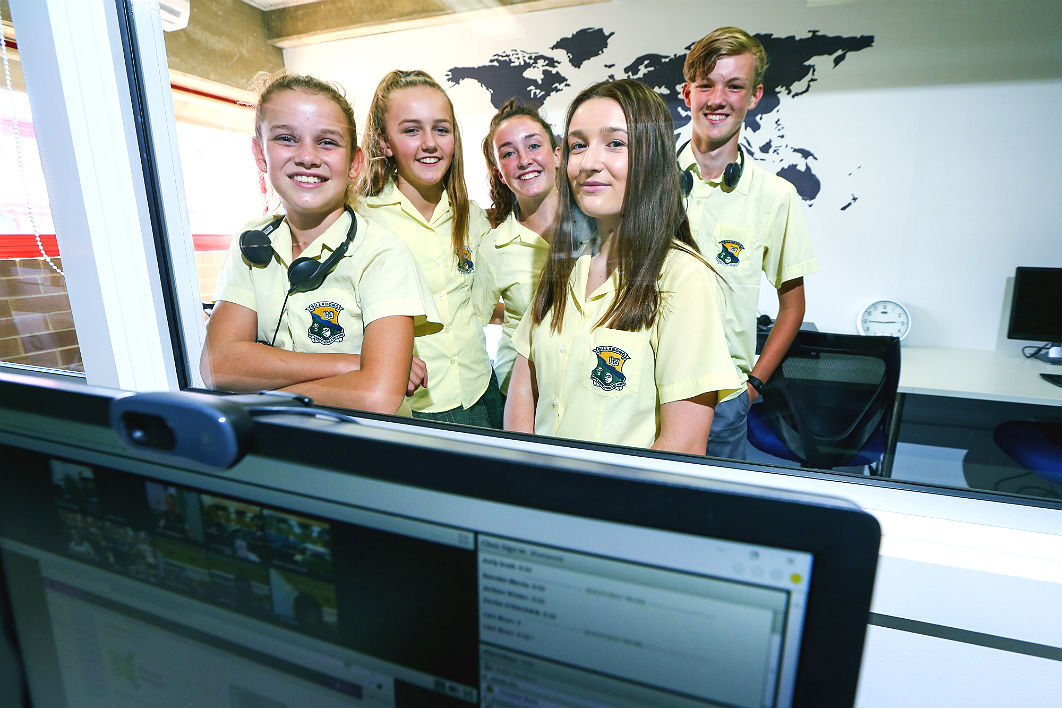