Did Peter Dutton breach his own guidelines for ministerial intervention? 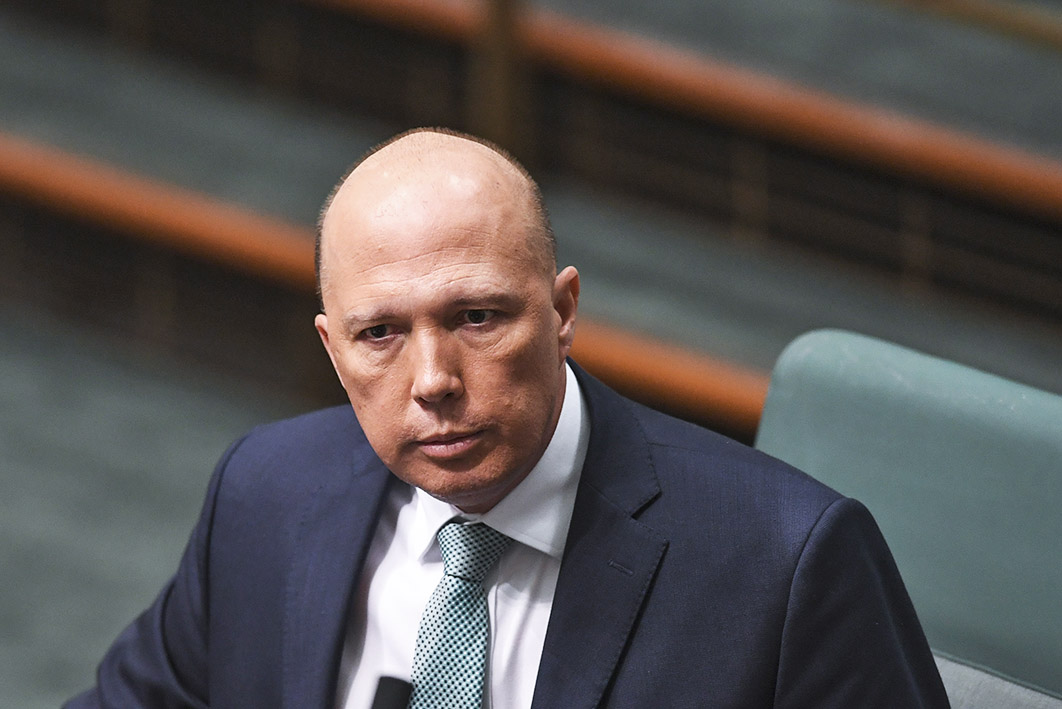 The ministerial intervention powers spelt out in the Migration Act — the powers that Peter Dutton used to help two or perhaps three friends, acquaintances or party donors with their childcare needs — are extraordinary in the full sense of the word. They are non-reviewable and non-compellable, and they must be exercised personally by the minister acting “in the national interest.” How ministers use these powers in many ways reflects their values and how they view their responsibility to the public.

These powers, covered by section 195A of the act, have been referred to as the “God powers.” Mindful of the risk that they could be misused, a Senate committee recommended in 2004 that they be treated as “the ultimate safety net” and “a last resort to deal with cases that are truly exceptional and unforeseeable.” The committee proposed an independent body to review cases of ministerial intervention, but no such body has ever been established.

Peter Dutton receives thousands of formal immigration-related requests a year, some of them asking him to use section 195A powers to assist people in immigration detention (such as the nannies currently capturing headlines). We don’t know how many he rejects, but anecdotal evidence suggests that he uses the powers very rarely. Getting this particular minister to intervene in your favour is like winning the lottery.

So how does this minister go about considering a formal request for ministerial intervention? He has helpfully published on his department’s website guidance “on the types of unique and exceptional circumstances that could be brought to the minister’s attention” when asking him to intercede under a range of ministerial intervention powers. While section 195A is not specifically mentioned, the guidelines indicate the kinds of circumstances he considers when judging an immigration-related request. The website stresses that “meeting one of the unique or exceptional circumstances below does not mean that your request will be successful.”

So let’s test Mr Dutton’s intervention on behalf of the young women hoping to work as nannies against these unique and exceptional circumstances.

In a recent case, a Sri Lankan man whose wife and Australian-born child had been granted refugee status was himself refused a visa. Mr Dutton refused to intervene, presumably on the basis that separating the man from his family would not, in his view, cause sufficient harm and hardship to an Australian citizen or Australian family unit. It’s hard to see the lack of a live-in babysitter being more harmful than that.

Category #2 involves “compassionate circumstances regarding your age and/or health and/or psychological state, that if not recognised would result in serious, ongoing and irreversible harm and continuing hardship.”

Category #3 requires “exceptional economic, scientific, cultural or other benefit that would result from you being permitted to remain in Australia.”

Here, the department suggests the applicant provide letters of support from relevant national bodies. It’s hard to see the nannies satisfying this test.

In these nanny cases, the department’s advice to Mr Dutton made clear that the legislation had operated as intended, even if the minister himself thinks the outcome was “a bit rough.”

The final category of people who might qualify for intervention takes in those who “cannot be returned to your country/countries of citizenship or usual residence due to circumstances outside your control.”

On any fair reading of these guidelines, the cases of the nannies don’t go anywhere near meeting the minister’s own guidelines for formal ministerial intervention.

Mr Dutton is also required to provide a report to parliament setting out “the Minister’s reasons for granting the visa, referring in particular to the Minister’s reasons for thinking that the grant is in the public interest.” In the case of the nannies, the superficial information he provided also clearly failed to meet the requirements of the Act.

On the minister’s own criteria, the interventions should never have been made. ●