PM with a problem 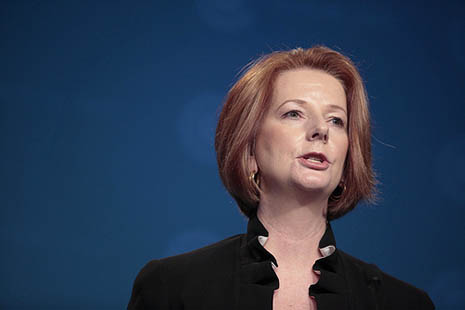 MANY years ago I worked as a non-singing “extra” at the Sydney Opera House. I was a spear carrier in one opera, a waiter the next, a peasant in another. One morning we were rehearsing a scene in which a main character made an entrance. The director explained that this character was very charismatic, but because people don’t really possess such a quality innately it was up to us on stage to give it to him. We did this by all turning our heads and watching him as he walked in. This gave the character presence.

That’s a good concept through which to see “charisma” in public life. Over the years the charismatic label has been applied to many people in politics who wouldn’t rate a second glance walking down the street. It has even been said about two of the least innately charismatic people ever to enter the profession, John Howard and Bob Carr, when they were prime minister and New South Wales premier respectively.

The truth is of course that it’s the office of prime minister that bestows authority, charisma, gravitas, call it what you will, on its occupant. The individuals are beneficiaries of the respect and esteem in which our society holds the position. Not only are people looking at them, they are also hanging off their words, at their command. It accrues to whoever resides in the Lodge.

Everyone, it seems, except Julia Gillard. She never did get that authority thing. The question is: why not?

The simple explanation – and the one probably favoured by many Coalition supporters – is that she’s risen to her level of incompetence and is not up to the job. But that’s difficult to sustain. She’s probably smarter and harder-working than most of them.

Is it because she’s a woman? That’s possible, though we have no one to compare her with. But are we really that different from New Zealand, which has had two female prime ministers? And Britain, which has had one?

Gillard’s personal circumstances, in a de facto relationship and childless, may contribute. But I think it’s the result of Gillard’s behaviour, her careful, deliberate modus operandi for communicating with the country. It takes great effort to be prime minister without enjoying the indefinable accoutrements, but she has managed it.

Gillard’s elevation in June last year represented a triumph not just of Labor’s backroom boys and girls but also of the approach to electoral politics they favour. According to this school of thought, voters crave “the common touch” in their leaders – above all else, they want to empathise with them. That’s why politicians often consciously talk about sport. It’s a wholly erroneous notion but seems to be an article of faith among the political class.

We know that modern Labor believes in the power of opinion polls and market research generally. The approach fits with this construct of the ideal leader because insiders believe that if an archetype of the “average” Australian can be devised, and the leader can be found who conforms to it, then electoral success will follow. Ask people what they want and give it to them. Repeat their sentiments back to them.

It seems that Gillard was a believer in the “electoral politics as science” approach as well. She believed Australians don’t like “elitists” and so don’t want their leaders to be like that. So she wasn’t like her predecessor Kevin Rudd, who gave the impression he was interested in policy and had perhaps read a book or two. Rudd used big words, Gillard spoke in single syllables. She was determined to be the girl next door.

Soon after taking the job, she embarked on the inevitable (for Labor leaders) tour of western Sydney, stating again and again her opposition to “big Australia,” a theme the opposition had been pushing for months. “I choose my words carefully,” she said in one particular nudge-nudge moment.

She even announced she wouldn’t move into the Lodge until after the election, a peripheral issue but emblematic of her whole strategy. There is a reason why governments usually win elections and that reason is incumbency. Whatever their faults, the incumbents are the governing party, with all the authority that entails. But Gillard was determined to show that she wasn’t arrogant, aloof and policy-oriented, that she was just like you and me. She even rushed to an election before people had a chance to see her as prime minister.

If she’d won the election with a majority she might have settled into being a normal PM. We’ll never know. The hung parliament, in which the Greens sap her authority, has never allowed her to do it. Since then she’s grappled to generate some authority but it just won’t come. It’s too late.

Gillard’s October 2010 declaration that “foreign policy is not my passion” and “I’d probably be more [comfortable] in a school watching kids learn to read in Australia than here in Brussels at international meetings” came from the same well. I’m not like these people, she was saying.

Gillard succeeded in convincing Australians she is just like them. Unfortunately for her, people don’t really want their leaders to be just like them. They want something more.

Today, the numbers in the House of Representatives shifted with the elevation of Peter Slipper to the speakership. This may provide a small opportunity for Gillard to discover her authority mojo. But it would require political judgement and an understanding of the dynamics of leadership. •

Falling through the floor

One of France’s best-known journalists went undercover to see the recession first-hand. Sophie Black reviews her account of the experience 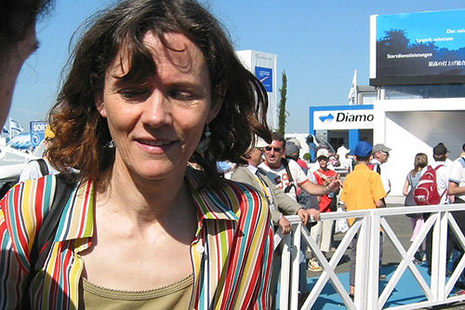