Heading towards a first round of national elections later this year, Pakistan’s politics and external relations are in flux, writes Alicia Mollaun in Islamabad 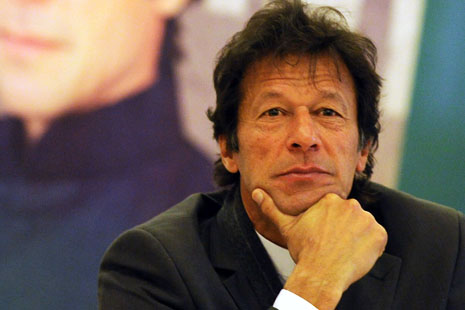 BACK in Islamabad after spending Christmas and New Year in Australia, I find that the “Memogate” scandal is on everyone’s lips and relations between the military and the ruling Pakistan People’s Party have continued to deteriorate. The controversial memo, leaked to Pakistan’s media late last year and allegedly authosed by President Asif Ali Zardari, sought the assistance of the Obama administration in pressuring senior military and intelligence figures to “end their brinkmanship aimed at bringing down the civilian apparatus.”

With US–Pakistan relations already fraught, the release of the memo whipped the media into a frenzy, fuelling speculation that the prime minister would sack the chief of the army and that the military, in response, would unseat the government. For the embattled civilian government, the scandal opened up a new and destabilising front.

When people in Australia ask me what life in Islamabad has been like since I moved here in 2010, my glib response is usually to say that Islamabad is “pretty much like Canberra, but with guns.” Superficially at least, this isn’t entirely inaccurate. Like Canberra, Islamabad was not the original national capital. It is a well-planned city full of public servants and diplomats, the suburbs named using what seem like map coordinates – G6, F8, I11. The city has beautiful parks and gardens, a shopping area or markaz in every suburb, some great restaurants and beautiful hills.

The differences, of course, reflect the impact of the threat of terrorism on everyday life. I live in a house with a guard, barbed wire and safe rooms. On my street corner is a sandbag bunker where a man with a gun is stationed twenty-four hours a day. Three or four guards man the gated entry point to my suburb off the main road. On the drive to the diplomatic enclave and hub of government offices I must negotiate my way through five police checkpoints with varying degrees of security (an exchange of nods, a request for ID, car boot searches, flashlight in the eyes) which undeniably is more inconvenient for (and biased against) local residents than those foreigners who temporarily call Pakistan home.

The spectre of terrorism is very real here. The statistics are stark: 21,672 civilian deaths, 3486 bomb blasts, and a $68 billion cost to the economy since the “war on terror” commenced. There is a constant edginess. Some days I don’t leave the house at all – both because of the security threat and because there aren’t the same opportunities to while away one’s time in Islamabad as there are in most other countries. There are no large, enclosed shopping malls to meander through (and trawling along strip malls is uncomfortably hot for most of the year); no cinemas (the sole cinema in the city was bombed); and sitting in cafes or restaurants for lengthy periods is a security risk, as is walking through parks and walking around in general. I can’t pop down to the pub for a drink after work with friends (alcohol is illegal in Pakistan) and live music is rare in Islamabad.

But Pakistan also has a rich and vibrant culture, wonderful people, great food and beautiful scenery. One of the most fascinating aspects of Pakistani culture is that everyone, from all walks of life, loves to talk about politics and foreign policy. Since the country’s media laws were relaxed, talk shows, twenty-four-hour news channels and newspapers have proliferated. In Islamabad alone, half a dozen English language dailies report from slightly different angles, usually with very evocative headlines. Following the sacking of the head of the Defense Ministry for “gross misconduct” earlier this month, newspapers highlighted the growing tensions between the civilian government and the military, with headlines like “Coups are not easy anymore” and “Democratic Republic of Panickstan.”

JUST as the government’s relationship with the military has deteriorated, so too have its relations with the United States. The deterioration started in January last year when a CIA contractor, Raymond Davis, shot and killed two Pakistanis in Lahore, allegedly in self-defence. The diplomatic contretemps that followed the deaths of three Pakistanis (a third was killed by a US consulate vehicle dispatched to collect Davis) – four if you include the suicide of the wife of one of the victims – was immense. Davis was eventually released following the payment of “blood money” to the victims’ families, and after a lengthy diplomatic tussle over immunity played out in the media. But Pakistanis continued to be obsessed with Davis, with the report of his arrest in Colorado in October for an assault charge in a supermarket car park getting major airtime. People here were flummoxed that Davis could get away with double homicide in Lahore but was unable to beat a minor assault charge in the United States, which seemed to highlight how poor the rule of law is in their own country.

The relationship continued on its downward spiral in the aftermath of the American raid that killed Osama bin Laden. The fact that Osama’s secret hiding place in Abbottabad, only 100 kilometres from Islamabad, is home to Pakistan’s military academy, raised difficult questions about Pakistan’s motivations, its integrity and its capacity to fight terrorism. If bin Laden could hide out in a town swarming with military personnel, how could the US and the West possibly trust Pakistan as a partner in the war on terror? As the dust settled following the raid, the US suspended military aid, the relationship became frosty and the distrust between Pakistanis and Americans reached new heights.

Then, on 26 November, just when it like relations couldn’t get any worse, NATO forces killed twenty-four Pakistani soldiers on Pakistani territory bordering Afghanistan. Pakistan erupted with anger at the attack and suspended all counterterrorism cooperation pending a review of its entire relationship with the United States, and cutting off all NATO supply routes through Pakistan to Afghanistan. Outwardly, Pakistan–US relations have shown no signs of improving since then. It will be a case of one step forward, five steps backwards for the near term if the events of 2011 are anything to go by.

As part of my research on Pakistani perceptions of American aid to Pakistan, I have spoken with some of Pakistan’s policy elite about their views of the United States and its aid program. Unsurprisingly, the majority are critical, taking issue in particular with violations of Pakistani sovereignty (via drone strikes) and believing that US aid to Pakistan serves the United States’ interests more than Pakistan’s. As one think-tanker put it, “For an ordinary person the aid doesn’t translate into anything more than a point on the political agenda – except that people believe that it leads to the mass corruption of the political elite.” Despite extensive negative perceptions of the United States, which have shown no signs of abating over the last few years, it continues to use aid to try to win the “hearts and minds” of the Pakistani people.

Pakistan’s government also needs to win over those hearts and minds, and soon. The population is unhappy, and public unrest is growing. Power and gas shortages, and a broader lack of public services plague the government and there is an acute lack of political will needed to implement tough reforms. During the summer months, households and businesses that cannot afford back-up generator power can be without electricity for more than eight hours a day. A number of textile factories in the Punjab closed down last year and thousands of jobs were lost because there was no electricity to sustain production. Gas shortages hit again late last year, making heating and cooking difficult and frustrating for everyone. (It took me fifteen minutes to fry an egg the other day and I ran out of hot water – I can only imagine how frustrating it is for those people who rely solely on gas for heating, cooking, washing and hot water.)

THESE problems will be in the minds of voters as the election cycle commences later this year, when voting will be held for seats in the Senate. Campaigning has already commenced, with the ruling Pakistan People’s Party, led by Benazir Bhutto’s widower, the current president Asif Ali Zardari, taking on the Pakistan Muslim League–Nawaz and Imran Khan’s Pakistan Tehreek-e-Insaf (Movement for Justice).

Khan has attracted a groundswell of support, particularly among the youth of Pakistan, who desperately want to see change. More than 200,000 people attended a rally for his party in Karachi on 25 December 2011. (Some reports had the figure at more than 500,000.) People from diverse backgrounds and ethnicities are enchanted by the cricket star turned politician and really do believe he can bring change. As he declared at the Karachi rally, referring to Muhammad Ali Jinnah, founder of Pakistan, “The Quaid wanted Pakistan to be an Islamic welfare state, and I will make it into one.” Khan said that he first understood what a welfare state is when he visited Britain at the age of eighteen. “I was surprised to see that every person, rich or poor, was given a free education that would enable him or her to even become the prime minister of Britain. This is my dream: a Pakistan where every human being is valued.”

While many see Khan as the harbinger of change, others question his capacity to develop and institute real improvements. Given all of his promises, they say, he is bound to disappoint. Change in Pakistan is difficult without the support of the web of vested interests and patronage networks needed to get elected and to stay in power. When the current government tried to roll back energy subsidies last year, for instance, there was public outcry and the coalition government partner, the Pakistan Muslim League–Nawaz, threatened to quit the government – all over what was a pretty sensible policy decision.

While Khan is popular with the masses, perhaps the biggest worry for many is that he has not spent much time in the parliament and doesn’t currently hold a seat in parliament. Given his party won only one seat in the 2002 election (Khan’s, which he then quit in 2007 in protest of Musharraf running in the election for president without quitting as army chief), it is difficult to imagine the party romping home during the next general election. With little experience of navigating Pakistan’s murky political waters, no experience dealing with the machinery of government, and little demonstrated expertise in managing foreign relations, it would be an enormous challenge to manage the behemoth that is the Pakistan political system, not to mention the innumerable social and economic problems, the war in Afghanistan, and Pakistan’s relations with the United States. On top of all that, Khan is criticised for receiving tacit support from Pakistan’s largest intelligence service, the ISI, and many believe he is the army’s preferred leader to win at the next election.

Political intrigue and strained civil–military relations are bound to shape Pakistan’s landscape in 2012, though economically and socially most expect the country to continue muddling its way through. Life in Islamabad this year is bound to be more fascinating and perhaps equally depressing as Pakistan faces its mounting social, economic and political challenges for another year. • 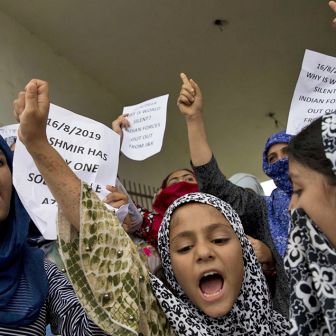 Brian McFarlane reviews a huge collection of the correspondence of the very prolific P.G. Wodehouse 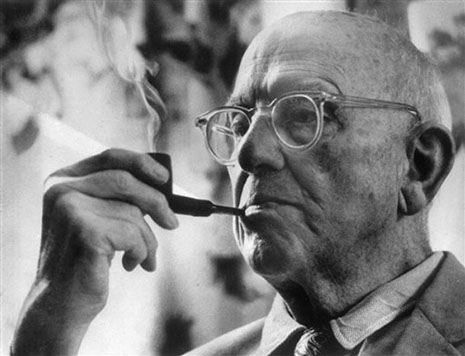