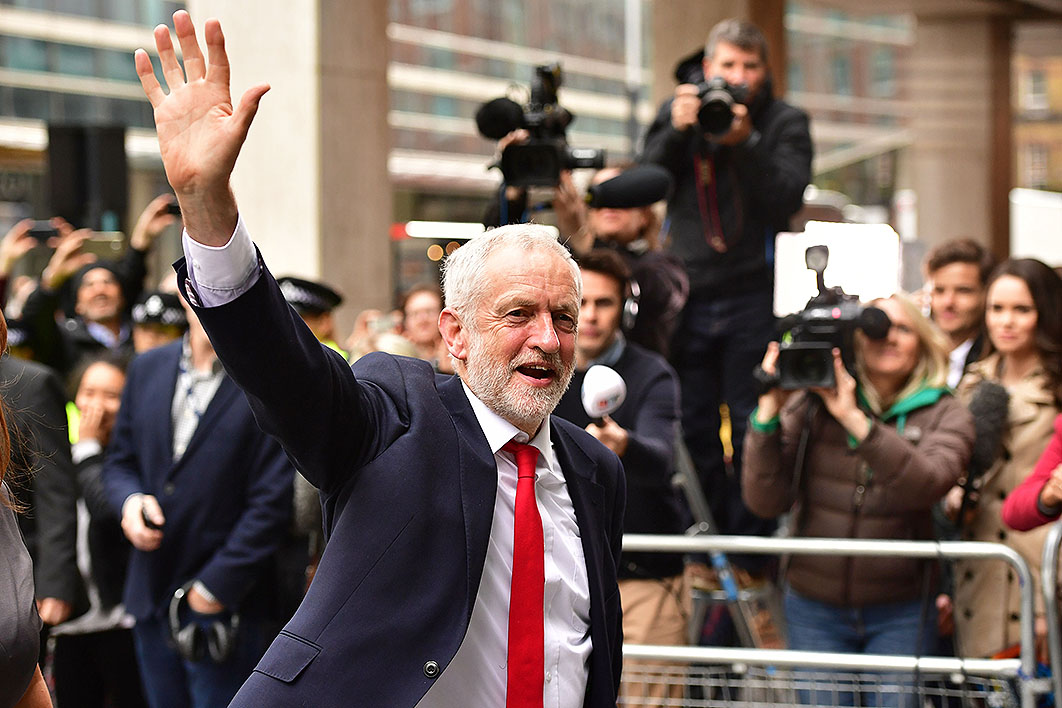 In the late Howard years, David McKnight released his third book, Beyond Right and Left: New Politics and the Culture War. The argument was in the title. Socialism, liberalism, conservatism: each was either dead or dying, defeated by the radical force of “new capitalism.” Here McKnight was referring to the free-market project which, in its ruthless efficiency, had “delivered a society of material plenty unprecedented in history.” Leftists, he argued, needed to understand this central fact of modern politics. Although a man with progressive instincts himself, McKnight saw little use in clinging to the left’s established symbols and traditions. “We must recognise that the Right–Left spectrum of ideas has collapsed and that many old ways of thinking are now finished… This is the first and most important step towards advancing new ideas.”

Reading Beyond Right and Left in 2018, it’s striking how much the book feels of its era — as recognisably 2005 as water restrictions and Rove Live. John Howard’s electoral success, at that point seemingly untouchable, haunts every page. For progressives, the dominant question was no longer how capitalism arranged wealth and power; it was how to make peace with its dynamism and prosperity. If anything, people like McKnight and Clive Hamilton worried about what the new affluence would do to people’s souls (would we become selfish and mean, addicted to the cheap thrill of materialism?). Electorally, Labor feared that working-class people would jump ship, perhaps permanently, tempted by Howard’s promise of plasma screens and secure borders.

A lot has changed in thirteen years. The era’s sense of endless progress now seems distant and unreal. After the collapse of US banking in 2008, developed countries experienced a decade of recession and weak growth — a rut out of which many are still struggling to pull themselves. Wage stagnation is now a cliché, one that even conservatives acknowledge. Few express sincere hope or optimism for the political future.

David McKnight’s new book, Populism Now!, is his first on politics and ideology since Howard. It is also a book of its era — a moment when the international left is more confident and assertive than it’s been for decades. Gone is the careful blending of old and new ideas, left and right instincts. Replacing it is a clearer picture of social power, and a much more confrontational model of left politics. Where McKnight once wanted to humanise prosperity — arresting commodification and preserving civil society — he now emphasises the growing curse of material inequality.

“Thirty years of neoliberal globalisation and deregulation have produced a polarisation of wealth which has undermined Australia’s egalitarian ethos,” he writes. “The gulf between the super-rich and the rest of us is widening. We are becoming a more divided society, with a tiny wealthy elite at one extreme and a significant group of poor at the other.”

McKnight is not alone on this journey; it reflects a broader leftwards trend in progressive politics over the past decade. Even moderate politicians now use phrases like “neoliberalism” and “trickle-down economics,” which once lingered on the left fringe. In hindsight, McKnight tacitly admits, new capitalism looked a lot like old capitalism, its egalitarian growth a temporary mirage.

This is a big realisation, with obvious political implications. For McKnight, it demands nothing less than a transformation in the left’s modern project, from philosophy to policy to rhetoric. Populism Now! begins and ends with a discussion of what this new direction might look like. Acknowledging the return of material conflict to the heart of politics, McKnight calls his model “progressive populism”: “My intention is to reclaim populism by fostering a progressive version of it which puts the interests of the common man and woman first, ahead of the priorities of a wealthy global elite whose interests and priorities have dominated for far too long.”

Many on the left will instinctively resist the word “populist.” It raises the spectre of venomous mobs, border walls and Nigel Farage’s shit-eating grin. As critics point out, the dominant strain of modern populism is exclusionary and anti-pluralist: indifferent to evidence, crudely nostalgic, often openly racist. Jan-Werner Müller, one such critic, calls it a “shadow” across representative democracy, “not just an illusion… [but] a politically pernicious thought.”

There is, however, a second strain of thinking — smaller, but growing — that views the populist moment as an opportunity for progressives. Inspired by political theorists like Argentina’s Ernesto Laclau and Belgium’s Chantal Mouffe, these figures argue that populism is simply a way of talking about the social world, neither inherently right- or inherently left-wing. Where some politicians approach their job as a negotiation between different, broadly legitimate social interests — as brokerage in a difficult world — populists instead reduce it to a battle between hungry “elites” and a broad mass of exploited “people.” Yes, they admit, this kind of language simplifies a more complex reality. But, as Laclau wrote, isn’t “the logic of simplification… the very condition of political action?”

Approvingly, McKnight lists a familiar group of leftists who embrace this logic: Bernie Sanders in the United States, Jeremy Corbyn in Britain, Syriza in Greece, Podemos in Spain. Some of these politicians and parties advocate populism explicitly (Íñigo Errejón, a leading Podemos intellectual, cites Laclau as a major influence). Others grasp it instinctively. Corbyn’s slogan, “for the many, not the few,” might be the most elegant expression of left populism in contemporary politics.

From North America to southern Europe, these movements share certain ideological traits — a rejection of incrementalism, a clearly defined social enemy, a promise to overturn economic relations — but they also originated in a certain time and place. Errejón describes this as a “rupture”: a moment when, in the midst of crisis, established institutions lose civic confidence, opening up space for new social and political demands. In each of these countries, this was triggered by economic change, either abrupt and devastating or gradual and demoralising.

One of the central arguments in Populism Now! is that these conditions also exist in Australia. A former journalist, McKnight defends this claim systematically, in a series of chapters on the local economy. Across tax policy, privatisation, industrial relations and finance, the book outlines how economic power in Australia has pooled among the rich, allowing a small few to hoard productivity gains while most struggle to maintain real wages: “The greatest beneficiaries of this era have been the wealthy elite and those in upper income brackets. The losers have been ordinary Australians on low and middle incomes.”

Whether this constitutes the kind of rupture currently upending other democracies is difficult to say. Different electoral systems also make populist leaders more or less likely. There are, however, signs that local politicians are sensing a changing electoral mood. Bill Shorten’s opposition to Malcolm Turnbull, for instance, has leaned heavily on the kind of arguments the book suggests, accentuating the gap between stagnant wages and corporate tax cuts, between rising house prices and banking profits. Wayne Swan has made a similar, if more forceful, case since leaving the front bench; so too has Sally McManus at the Australian Council of Trade Unions. One way of understanding the Greens’ civil war, particularly in New South Wales and Queensland, is as a fight between those who want the party to follow Bob Brown’s lead and those who want it to follow Jeremy Corbyn’s.

Some qualifications should be noted here. While these left movements are enjoying a resurgence, genuine success has still been limited. None has yet remade politics in a meaningful way. Syriza came closest, after claiming government in Greece’s 2015 election, but the party’s opposition to austerity quickly collapsed during loan talks with European powers, its capitulation humiliating and complete. Bernie Sanders did manage to push Hillary Clinton in the 2016 presidential primaries, winning twenty-three states, but never really came close to securing the nomination. Jeremy Corbyn ran a powerful campaign in 2017, bringing over three million new votes to Labour, but remains opposition leader.

Still, a lot can be learned from these insurgents. Where other social democratic parties are limping along, dispirited and bleeding electorally, the movements are generating a rare spark of progressive energy. Each has embraced new and creative forms of organising (Momentum in Britain, the Democratic Socialist Alliance in the United States, street movements in Greece and Spain); each has produced new and vibrant intellectual communities (Novara Media in Britain, Jacobin in the United States, Podemos’s thriving party conferences); and each has built a passionate coalition, particularly among the young. Perhaps most importantly, each has reinvigorated the idea — dormant in advanced democracies — that politics is a debate over the fundamental direction of society, not simply its technocratic management.

In this, progressive populists represent the first electorally plausible repudiation of “end of history” arguments, at least from the left. Where Beyond Right and Left accepted their central premise — assuming a broad and impregnable accord around “new capitalism” — Populism Now! challenges that consensus, openly and without shame. Whether populist or otherwise, any successful future left project will need to do the same thing. With the resurrection of history, progressives don’t have a choice. ●

Shaun Crowe recently completed his doctorate at the Australian National University’s School of Politics and International Relations. His first book, Whitlam’s Children: Labor and the Greens in Australia, is out in September with Melbourne University Publishing.

A wedding, four plays and a TV series — do the British have something to teach us about scrutinising power? 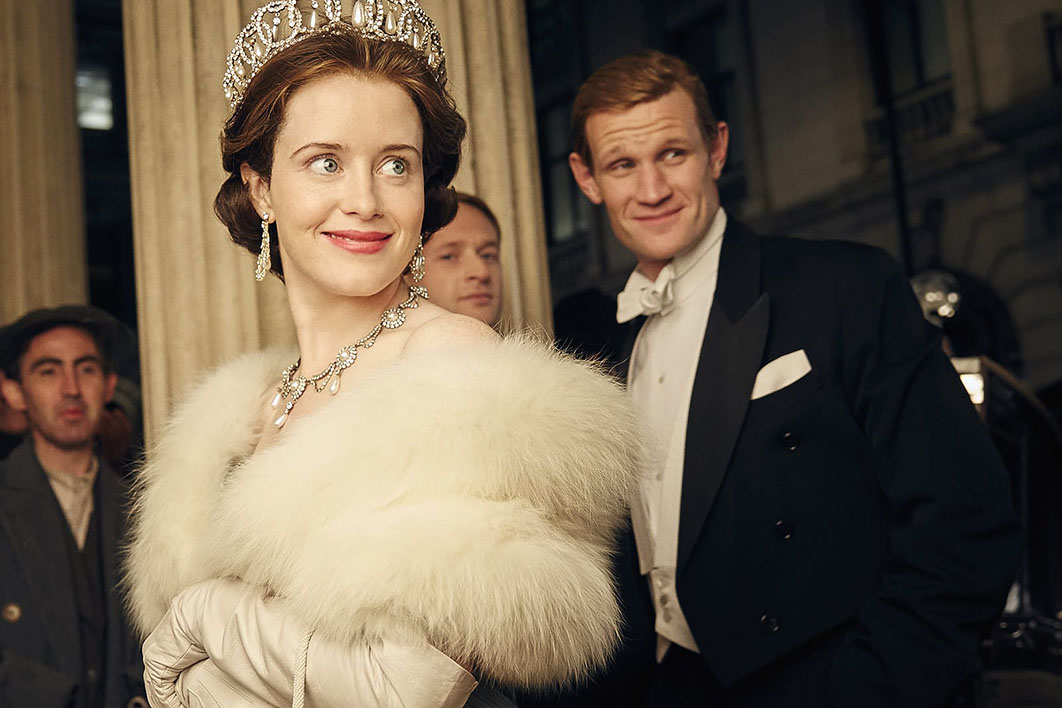