China is still working from a position of weakness, writes Kerry Brown. But it’s planning for a different kind of power 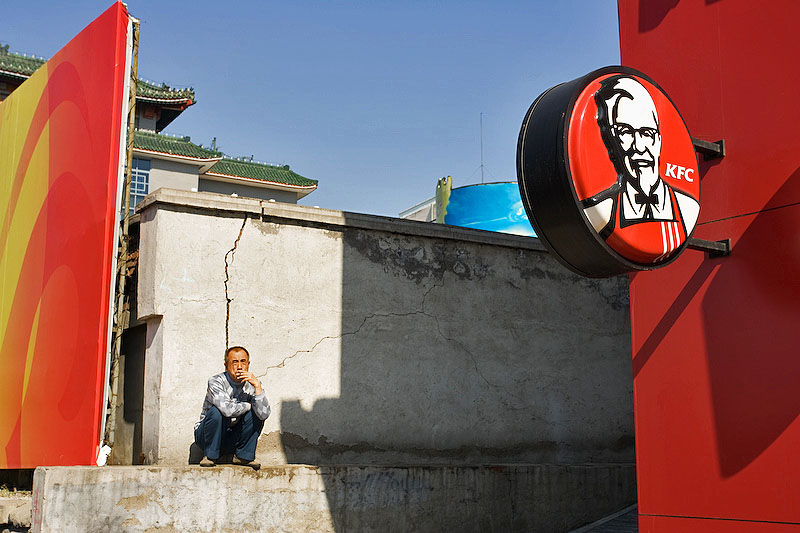 The conferences on China I’ve attended over the past decade have often transmogrified into quasi-therapy sessions for wounded American pride. I first noticed this in 2007 at a splendid mansion in the English countryside, where a group of British and Americans (and a sprinkling of Asians) was cogitating about the rise of China. The eminent American chairing the meeting felt compelled to return again and again to the issue of the United States “coming back” or, indeed, never having “been away.” He grew increasingly irritated when anyone started to question the longevity of America’s great power status, and even more grim-faced when the possibility of China stepping into American shoes raised its head. “The US,” he said, “is here, and here to stay.” He didn’t, however, tell us precisely where “here” was.

Years on, the question of the United States’s power versus China has become even more vexed. Almost daily come declarations that America’s best days are over, and equally fervent claims that its best days are ahead. Others argue that China’s time in the sun is imminent, and yet others, often within China, say that the great moment, if it ever comes, lies decades ahead.

The problem with this debate is that it is not entirely clear what we are measuring, how we are measuring it or, indeed, whether we can compare what we are measuring in each case. On the measure of trade, China is already demonstrably dominant in many areas. It is the largest trading partner to over 140 countries across the world and, on some measures, has become the world’s largest economy. But as any economist will quickly add, this means very little. Per capita, China is still poor. And trade flows can illustrate vulnerability as much as strength: a lot of China’s trading involves the energy and resources it doesn’t have and needs to import. And its exports are, or mostly have been, low-tech and high-input.

Are we talking about military dominance then? Once again, while China’s army and navy budgets and its technical capability have made leaps and bounds over the past few years, no sensible analyst would say that China comes even close to US fighting capacity. It last saw combat experience in the late 1970s (against Vietnam, and it lost). It has one rudimentary aircraft carrier compared to the United States’s fifteen and France’s two. And if its technical ability was so great then it wouldn’t be so relentless in its attempts to steal the intellectual property rights of others.

The only forms of power and influence beyond these are cultural, diplomatic and symbolic. Culturally, China often seems enslaved by its worship of all things American. The number of Chinese films, pop stars and artistic figures that have succeeded in the United States is tiny. In China, Brad Pitt, Kentucky Fried Chicken, Lady Gaga and Game of Thrones rule the roost. Diplomatically, China has one true ally in its own backyard – North Korea. The United States has treaty alliances with Japan, South Korea, Philippines, Australia, Malaysia and, to a point, Taiwan. More importantly, it has military installations and capacity throughout the region.

Only symbolically might China claim some parity with its rival. It seems to be a powerful country, and it often gets spoken about as a powerful country. But in terms of real, physical, tangible assets, the odd thing is not how strong China appears but how weak the world’s second-largest economy actually is.

One complicating factor in this debate is that we need to add a different kind of space to the fields in which influence can be exercised. Once upon a time there was physical space alone, which was mapped out through a series of wars, colonisation campaigns and diplomatic battles. These days, there is also the digital world, and however hazy that notion is, conquering it as a means pursuing profits and propagating ideas is as important as the conquest of the “real.”

Ironically, China’s historic mindset gives it an advantage in attempting to control and annex this virtual space. At a recent symposium in Sydney the eminent Chinese expert on the cold war, Shen Zhihua, observed that in the past Chinese leaders had no real concept of physical boundaries. They regarded themselves as a civilisational force, with some idea of what was inside and outside their sphere of influence but no need to depend on crude borders in the way the European powers had done since the 1648 Westphalian arrangement.

So it is little wonder that China regards the virtual world as a place where it can resist boundaries that don’t suit it and impose them where it does. The Chinese government has asserted surprisingly effective control over its own citizens’ access to the internet. (Even Gmail is now mostly inaccessible, despite proxy servers.) Yet it has also wandered illicitly in the online world, perhaps even managing to get full lists of American government workers. China’s ability to have its online cake and eat it too is an example of how Beijing seizes opportunities for influence and power where it can most easily blur the edges. This seems like the strategy of a country that knows it is weak and needs to rely on guile.

A similar case in point is the seemingly interminable argument over the South China Sea. Bill Hayton’s recent book on this issue at least supplies some clarity. As he shows in The South China Sea: The Struggle for Power in Asia, if a claim in this region were to be taken to the International Court of Justice today, the best China might get would be a small number of the islands. Historical records simply don’t give the amount of detail that China would need to be able to extend its territory right out to its “nine-dashed line,” which reaches as far as 1500 kilometres from China, up to the coast of Malaysia. Anyone reading Hayton’s book will begin to suspect that, far from being a claim over highly speculative mineral and resource rights (which he shows are unlikely to be anywhere near as valuable as they are sometimes painted to be), or a real attempt to appeal to historical rights, the disputes in the South China Sea are symbolic. A frustrated China is trying to prove that it can assert at least some influence and power in its own backyard. So far, it has done a remarkably poor job, raising the hackles of its neighbours, irritating the United States back into the region in a more active way, and even forcing Australian politicians to look up from their domestic obsessions and deliver an opinion. Here, too, we see a power that looks not strong but weak.

We will probably look back on this phase of US–China relations as a battle to control agendas, set conceptual parameters and promote different visions of what power really is. China is not ready to take anything like the role the United States has, culturally, militarily, politically and economically, not because it can’t see it happening one day but because Beijing doesn’t want this role and doesn’t buy into the US power paradigm. What it seems to be doing instead is trying to change the framework and the terms of reference in order to render the question of China’s being the new United States almost irrelevant.

The good news for China is that its exploration of a new kind of power is likely to attract interest and tolerance. The bad news is that the residual need for a dominant player – a need felt in the United States, sometimes extremely strongly, and in much of the rest of the world – is unlikely to go away soon. This leaves us in an era of shadow boxing, in which the real debates and conflicts are not about what they seem to be. The South China Sea is not really about physical space; it is about political and diplomatic influence. And the tussle over cyber-espionage is not really about stealing other’s secrets; it is about who gets to set the rules for this new type of space.

The only thing that is real is the United States’s sense that it is losing its might, or at least its prowess. But the suspicion must grow that they are worrying about the wrong thing, at the wrong time, and in the wrong way. The real question is not about how the United States cedes top slot to China but about how it works in a world in which the two countries have parity. And that question must be answered not in Beijing but in Washington. •