Power, in black and white 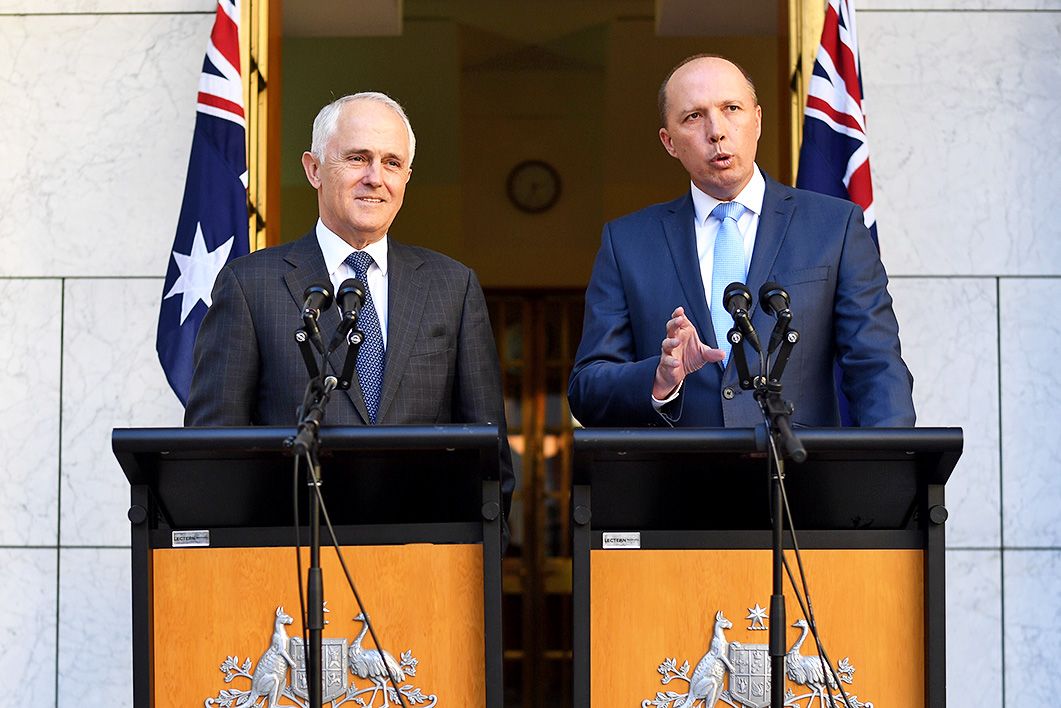 “I have formed the view that I have too much power.” They’re not the most natural of words to fall from a politician’s lips, but that’s what Labor immigration minister Chris Evans told Senate estimates in February 2008.

He was referring to the unique powers embedded in the prickly portfolio he’d recently been given. “I think the [Immigration and Citizenship] Act is unlike any other act I have seen in terms of the power given to the minister to make decisions about individual cases,” he continued. “I am uncomfortable with that, not just because of concern about playing God, but also because of the lack of transparency and accountability for those decisions and the lack in some cases of any appeal rights against those decisions.”

Fast forward almost a decade and that same portfolio is presided over by a man who, safe to say, is less uncomfortable with the weight of his responsibilities. Peter Dutton has not only embraced the position of immigration minister with gusto, he’ll soon have unprecedented power as head of a new “super ministry” that Malcolm Turnbull has dubbed the most significant reform of Australia’s national intelligence and domestic security arrangements in decades.

But let’s start with Dutton’s current dance card, which is already pretty darn full. As immigration minister, he has a distinctly wider set of powers than the one Evans didn’t have the stomach for. With the help of departmental head Mike Pezzullo, he’s been bedding down brand Border Force in the two years since Immigration’s frontline functions were merged with Customs operations. The lack of transparency has unarguably been heightened. And the discretionary powers that made Evans shift in his seat? To put it mildly, they show no signs of diminishing.

Earlier this year, Liberty Victoria’s Rights Advocacy Project comprehensively reviewed the past sixty years of Australia’s immigration laws for a report entitled Playing God: The Immigration Minister’s Unrestrained Power. It found a “troubling increase in decision-making powers” that require the minister to take account of the “public interest” in the exercise of ministerial discretion.

The minister now possesses at least twenty “non-delegable, non-reviewable and non-compellable discretionary powers,” says the report. Back in 1989, there were three comparable powers at the minister’s disposal. Before that, none at all.

This means that the immigration minister wields discretionary powers “over individual lives, relatively unchecked by courts, that is greater than that of any other minister.” That includes the PM, the defence minister and the attorney-general. These powers could, depending on your temperament, be more personally bruising than almost any other.

The job taxes ministers with the task of making decisions that directly affect people’s lives, in the name of the public interest — a nebulous term considered by the courts to be legally uncertain and largely political.

So what does Peter Dutton’s exercise of these extraordinary powers suggest about how he will flex his home affairs muscle? For starters, he’s sought at every turn to expand them. As the outgoing Human Rights Commission president Gillian Triggs told ABC radio earlier this month, “the last few weeks are seeing almost a galloping move towards centralisation of government but most particularly of expanded ministerial discretion without proper judicial supervision and control.”

Couple that comfortable exercise of power, and the inclination to expand it, with a very solid work ethic. There’s no doubt about it, Peter Dutton is productive. As part of his latest drop to journalists about a new round of criminal deportations, he told News Corp that the total number “is up by 1200 per cent.” Earlier this year he revealed to Good Weekend that he was committed to clearing case files. “I just think you’ve got to apply yourself,” he said. “My approach is that people need certainty one way or the other — whether their life is continuing here or whether they’re being deported.”

But industriousness can have its drawbacks. The Federal Court recently declared that the estimated forty-three minutes Dutton took to consider the 600-page-plus case files of two convicted criminals “represents an insufficient time for the minister to have engaged in the active intellectual process which the law required of him in respect of both the cases which were before him.” The court overturned Dutton’s decision to revoke the visas.

By his own admission, Dutton doesn’t sweat the small stuff. Or, as his wife Kirilly put it in that same Good Weekend profile, “It’s black and white with him. There is no grey.”

He applies that same approach to many issues outside his designated turf. He has strong and vocal opinions on Fairfax media (anti), the ABC (anti), Christmas carols (pro), gay marriage (anti) and political correctness (not a fan), for starters. All of which makes it very hard to separate Peter from his politics.

Dutton is not the first to push for a Home Office–style ministry. Mark Latham first raised the possibility, inspired by the creation of the Department of Homeland Security in the United States. Kevin Rudd floated it again, and Scott Morrison was a fan. But Dutton is the first to be given the green light, despite the reservations of many experts and rumblings that both ASIO and the Australian Federal Police were against the idea.

Without judicial supervision and control, without transparency and checks and balances, we’re being asked to take a leap of faith in the person assigned to head the new ministry. And given the lack of transparency about Border Force operations and immigration department decision-making, we can’t obtain a full enough picture to judge Dutton on his record as minister.

The legacy of both Labor and the Coalition over the past two decades is that separating politics from process in the immigration portfolio is pretty much impossible. Concentrating such disproportionate power and such a lack of transparency in one portfolio means that measuring the exercise of power boils down to a concept even murkier than “public interest,” and that’s “perception.”

Perhaps Andrew Bolt best illustrated differing assessments of good judgement and discretion when he, too, hypothesised in horror about the planned centralisation of power. After all, what if one day “the minister in charge of every big security agency, hogging the information, is not Dutton but Labor’s Tanya Plibersek?” ●

Sophie Black, a former Editor-in-Chief at Private Media, is Content Strategist at the Wheeler Centre in Melbourne.

A party too divided to rule 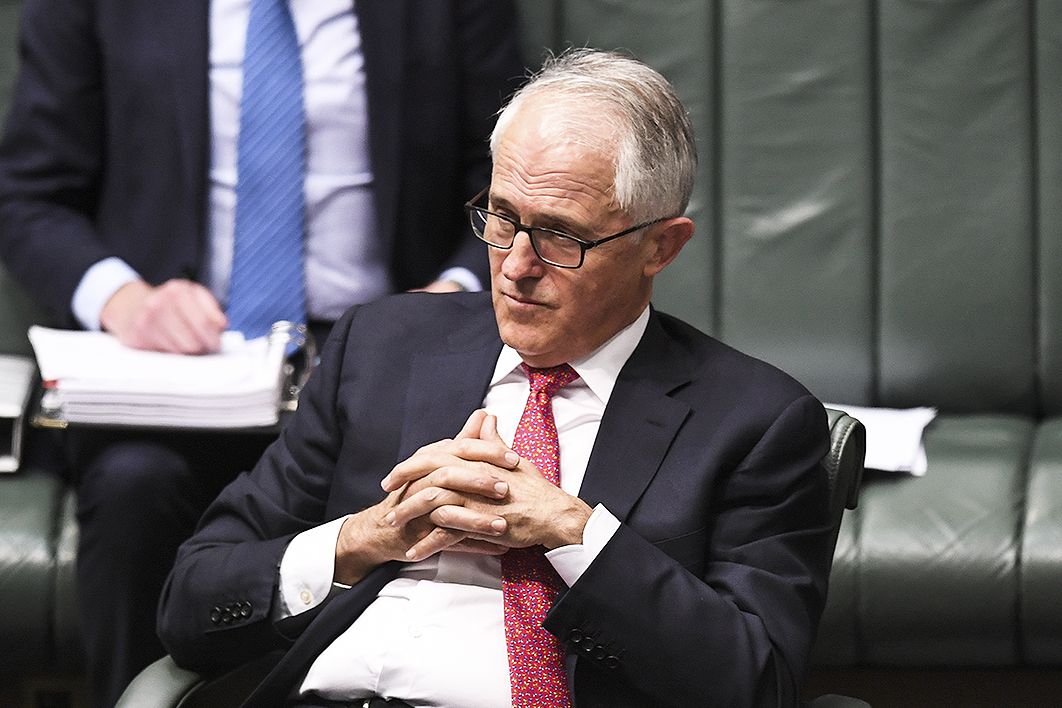