What does the latest Nuclear Posture Review tell us about America’s likely actions? 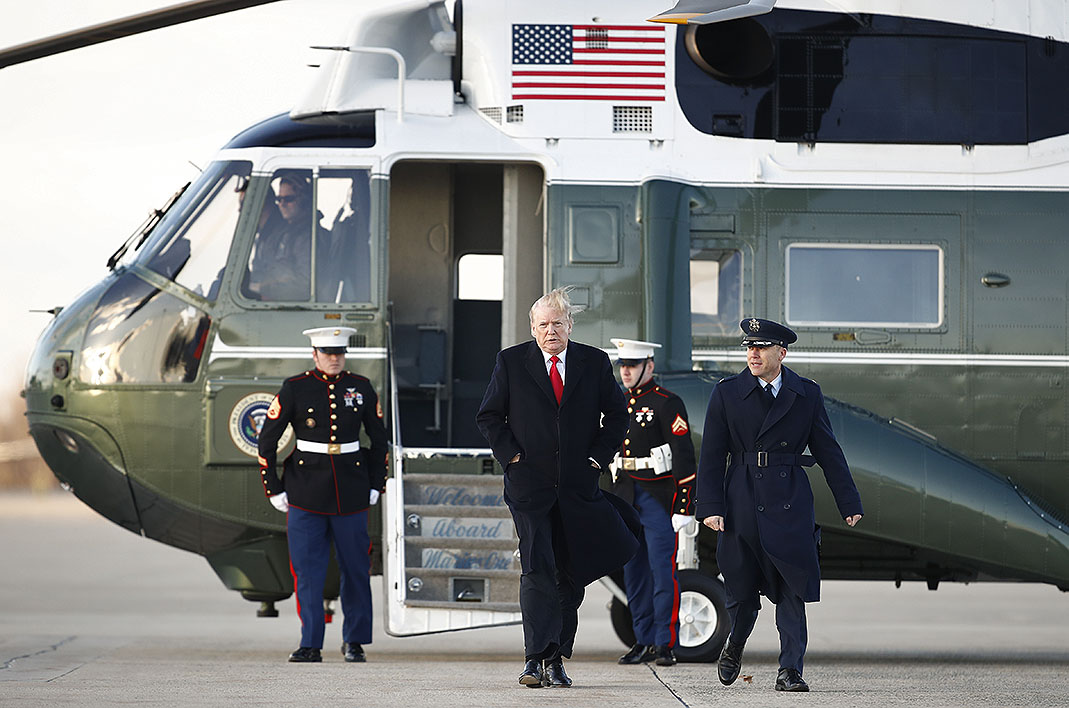 Donald Trump has made a lot of noise about US nuclear weapons, but how much difference has he made to policy? The recently released Nuclear Posture Review ought to provide an answer.

Let’s start with the declarations. Trump’s 2016 campaign rhetoric offered more than its share of quotable quotes on nuclear issues but often seemed inconsistent and provided few specifics. On some points, however, he seemed clear. He suggested the winding back of the US nuclear umbrella shielding allies, even if doing so encouraged the likes of South Korea and Japan to build their own bombs. The problem, he argued, was that these countries were freeloaders who should be forced to stand on their own feet. He also claimed that Barack Obama had woefully neglected America’s military, including its nuclear forces, and so they needed urgent attention.

But it was never clear how much Trump understood these matters, despite absurd boasts like, “I’ve studied this [Iran nuclear] issue in great detail, I would say actually greater by far than anybody else…”

As president, Trump has maintained that style, at one stage proclaiming himself a genius. When under pressure, though, he flipped from rubbishing the nuclear umbrella to affirming that it remained in place. This was probably the result of advice that sticking to his campaign guns could dissipate the strategically invaluable Western alliance and open the door to greater North Korean, Russian and Chinese adventurism. The rehabilitation of the nuclear umbrella seemed like a turn back to orthodoxy.

Then he appeared to go beyond normal deterrence. Thinly veiled warnings were made that he’d use nuclear weapons if North Korea merely threatened (rather than began) hostilities — even though Pyongyang habitually makes threats and has been prone to stepping over red lines. Trump’s “fire and fury” moment was, perhaps, the starkest threat of first use of nuclear weapons ever made by an American president, even going beyond Washington’s “massive retaliation” declarations of the 1950s. By strongly implying that the United States would fire nuclear weapons in response to rhetoric rather than an actual attack, Washington injudiciously put its credibility on the line. The world was used to America’s traditional strategic permissiveness, but this crossed over into melodramatic bluster in a way that could lead to strategic incontinence and mass slaughter.

So, at the beginning of 2018, we have a president more noted for bombastic performances than policy coherence. Fortunately, in principle, the NPR provides an institutional moment to offer a carefully considered and exhaustively reviewed official statement of policy on arguably the most important part of Trump’s job description.

In practice, NPRs emerge out of Washington in-fighting. Typically, the struggles over bureaucratic interests embroil the Pentagon, the State Department, the Department of Energy and nuclear weapons laboratories. Strategic theories are disputed, and presidential advisers jostle for influence.

Ultimately, it’s for the president to adjudicate. But it’s unclear how engaged Trump has been in the process and how much of the NPR reflects his thinking. It’s worth noting that it was after a Pentagon strategy meeting last year that Trump’s secretary of state, Rex Tillerson, referred to the president as a “moron.” And the NPR doesn’t sound like Trump: it sounds more like the voice of the nuclear weapons establishment as packaged by former general and current defense secretary James Mattis.

The earlier Summary of the National Defense Strategy set the context for the NPR, declaring: “Inter-state strategic competition, not terrorism, is now the primary concern in US national security.” The NPR continues the message, naming China and especially Russia as great power challengers undermining world order.

The hundred-page NPR has two major themes: deterrence (including the nuclear umbrella) and modernisation. In that sense, it’s business as usual, with adjustments that are more evolutionary than revolutionary. Even so, three aspects of the NPR are noteworthy for signalling a recasting of policy.

First, disarmament has been demoted. While Obama declared the abolition of nuclear weapons a priority for US policy, Trump doesn’t seem that interested. (We should, though, be wary of overstating this point. Obama’s achievements fell radically short of expectations and abolition remains an ostensible long-term goal in Trump’s NPR — although this sounds hollow coming from a president who brags about the size of his “nuclear button” and won’t even advocate a nuclear test ban treaty.)

Second, the administration will spend big to update the arsenal. Most of this was planned by Obama, with Washington already set to spend US$1.2 trillion on nuclear forces in 2017–46, including US$400 billion for modernisation. But the NPR does call, controversially, for two new types of relatively low-yield nuclear weapons for US submarines, on the assumption that the current arsenal of about 4000 relatively large nuclear warheads is inadequate.

This proposal reflects a view that North Korea, China and Russia believe that Washington is overly reluctant to use its older, bigger weapons — that US nuclear deterrent threats might, under some scenarios, be a bluff. Moscow, in particular, is accused of devising strategies to use a few “battlefield” nuclear weapons to test US/NATO resolve in, say, the Baltics. The remedy is said to lie in America’s deploying newer and smaller weapons which would be seen as easier to use, thereby restoring the believability of the deterrent. There’s nothing new in this logic. Since the 1960s, fears of putative “deterrent gaps” have repeatedly been employed to justify additions to the US arsenal, also known as arms racing.

Third, there’s now more emphasis on US nuclear weapons deterring not just nuclear attacks but also a wider range of threats. The belief is that American nuclear forces should help stop China, Russia and North Korea from trying their luck with any kind of major attack. So, the US is boosting its planning and capacity to escalate non-nuclear conflicts into nuclear war. Again, the option of escalating a regional or limited war is not new; in fact, it has marked US policy since the 1940s. What’s different today is that the range of crises that might be deemed worthy of American nuclear threats — and therefore nuclear attacks — has supposedly increased.

Of course, crossing the nuclear threshold raises the prospect of “nuclear war-fighting.” For political reasons, that idea is explicitly rejected in the NPR. But the passing denial runs directly counter to the substance of the document.

While on the topic of politics, only time will tell how much of this agenda gets through Congress. Spending large sums on arguably unnecessary and foolhardy new weapons while cutting taxes and proclaiming budgetary rectitude will sound strategically dubious as well as economically illiterate to many.

Compared to the Obama years, is the United States more likely to drop a nuclear bomb? The NPR pre-emptively denies the charge. Using the jargon, it says Washington is not “lowering the nuclear threshold.” But this denial fits uneasily with a commonsense reading of a document that is, after all, largely a call to enhance the usability of nuclear weapons.

Ultimately, the answer is not to be found in the NPR. It lies in international political developments (especially reckless behaviour by North Korea, Russia and China) and in Trump’s brain.

Trump’s brain is critical here for two reasons. First, the NPR does not determine crisis management or wartime operations. Instead, it guides peacetime policy, although admittedly it lays the bureaucratic groundwork for a greater role for US nuclear weapons. Second, orthodox post-1945 readings of the US Constitution give the president enormous discretionary power as the commander-in-chief. There’s no formal restraint on the president — no requirement for cabinet approval, for instance — when it comes to pressing the button. There’s been limited discussion about the possibility of the military’s refusing to obey an order that contravenes the laws of war, but the only practical obstacle between a presidential command and execution of nuclear first use would be mutiny.

Until now, this has not been a major cause of concern, at least not in the United States. But today, perceptions of Trump’s inadequacies give the matter salience. Even so, efforts to invoke Congress’s constitutional war powers to rein in presidential authority over use of the weapons have failed. (The matter has also fuelled interest in article 25 of the Constitution — dealing with the president’s removal due to incapacity — but that’s a slender reed in this context.)

Trump has raised the temperature of the nuclear debate. This, combined with the wording of the NPR, indicates that Washington now leans towards a greater readiness to use nuclear weapons. Whether, in practice, this makes nuclear disaster more or less likely partly depends on one’s views as to (a) the validity of deterrence theory and (b) the wisdom of extending the theory to encompass more potential conflicts. Does the prospect of US nuclear escalation significantly lessen the likelihood that Russia, China and North Korea would engage in non-nuclear hostilities? Or does it not? If the theory works, nuclear and major conventional war is about to become less likely. As to whether Trump’s temperament is more prone to escalation, that needs a psychological rather than a strategic analysis.

Questions about the wisdom and utility of expanding deterrence threats have featured in strategic debate for decades. The post–cold war tide of opinion has been mostly against further leveraging nuclear threats for broader strategic purposes. The prevalent view in the strategic and arms control communities has been that nuclear weapons ought to be held back as much as possible, reserved only to deter nuclear attack.

Trump’s administration has rejected that logic. But, in fairness, so too did every previous president, at least publicly. They bequeathed to Trump the world’s most effective nuclear arsenal — together with an entrenched first-use option. Not even Nobel Peace Prize winner Obama, well aware of the moral mess intrinsic to the option, would let it go. •

Andy Butfoy is a former senior lecturer in international relations at Monash University, and author of The Credibility Vortex. 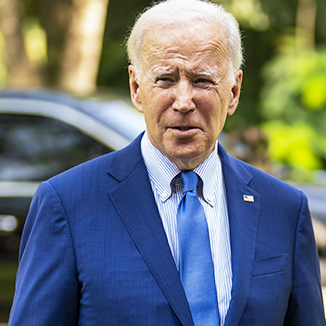