Promoting equity is one thing, achieving it is another 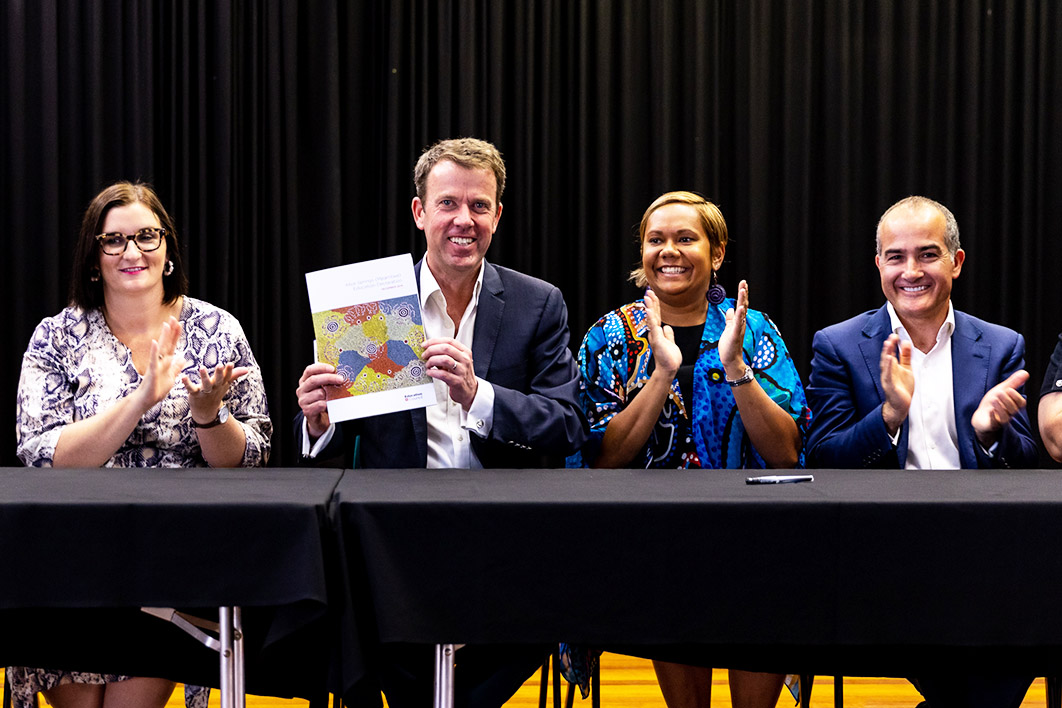 Check out what most schools say about themselves and you’ll be deluged with words like excellence, quality, caring and standards. You get the drift. School systems also use this kind of language, along with impressive long-term plans for improvement. But there is a difference between schools and systems. Good schools must try to walk the talk, because the people they serve are close by, and wouldn’t be impressed if their local school reconsidered its goals every decade but didn’t seriously assess its progress.

But this is what Australia’s education ministers do. Every ten years or so they get together, accompanied by their minders and equipped with endless briefings and position papers. A day or two later they emerge from their talkfest armed with yet another soaring statement about where our schools should be.

Those who follow this ritual will have heard of 2008’s Melbourne Declaration and 2019’s Alice Springs (Mparntwe) Declaration. Yes, the education supremos make some progress on the easy bits, but anything really challenging is wrapped up in aspirational language and then gently placed in the too-hard basket until it all happens again ten years down the track. Some issues are routinely overlooked, including the very structures that fail our schools.

It is instructive to subject the ministers’ grand statements to an evidence test, the sort of thing they expect schools to do. My co-authors and I do this in Structural Failure: Why Australia Keeps Falling Short of Its Educational Goals, a new paper from the Gonski Institute for Education. Unhappily, our paper demonstrates that Australia’s school system and political leaders have failed. Schools operate the best they can, but amid policies that are holding our country back.

What claims do the education ministers make? They keep saying that our education system promotes excellence and equity. It might promote them, but it doesn’t achieve them. On the excellence side we’ve been through two decades of very ordinary student achievement scores, many of which are heading south. Yes, schooling is about much more than test scores, and some of the tests themselves don’t measure up, but most of the national report cards say the same thing: could do better!

The education ministers’ recent declarations have placed equity up there in lights. That makes sense: serious inequities need to be fixed before real achievements can happen. But they don’t seem to have joined these dots, because they don’t keep up their equity efforts. For almost two decades the figures have told much the same story: equity in school education is in decline. It is the socioeconomic status of families and schools, rather than what schools actually do, that creates around two-thirds of student achievement. Kids from poor families are not getting the much-needed break. Statements about reducing disadvantage are mocked by recurring evidence that we’re doing the opposite.

The education declarations say we are committed to providing education that is inclusive and free from any form of discrimination. Yet school fees and entry tests discriminate and exclude. More schools than ever have overt or covert control over who walks through the gates. On top of that, competition between schools, far from improving quality, sees too many schools seeking the same preferred students. Pity about the others. Meanwhile, too many schools operate as social, academic, ethnic and religious enclaves, making mockery of the education ministers’ aspiration that education should promote and contribute to a socially cohesive society.

We constantly hear about the need to support all students, but the distribution, efficiency and effectiveness of this support is highly uneven. It doesn’t go to those who need it most, inevitably reducing its effectiveness in improving overall student outcomes. An analysis of where the money goes reveals duplication and inefficiencies: support goes to all three school sectors, but our current public–private system isn’t delivering all the goals set for school education.

Where will all this leave Australia after another decade? We have a good idea of where, because recent data lay out the trends for all to see. The diverse team who wrote Structural Failure, including academics and school principals from both public and private sectors, believe that existing structures guarantee that our schools will continue to be let down by the system. Our focus on structures and mechanisms is a deliberate step away from the advocacy and avoidance that has condemned school education to more of the same for decades. A starting point is to illustrate, as our paper does, the pointlessness of the recurring declarations that have institutionalised this failure.

Changing what we have won’t be easy. We need to agree on the purpose, principles and values of school education and prioritise strategies to achieve these. In the process we should learn from our own experience and that of equivalent countries. Other countries have reconciled the vexed issue of school equity and choice. Why can’t we? Creating a level playing field on which schools can operate is essential — it that too hard? It would also make sense to create a better and lasting balance between education as a common good and education as a provider of individual benefits. And can’t we create some distance between school education — and its funding — and the vagaries of politics? Last but not least, if we manage to venture in these directions, wouldn’t it be a good idea to monitor and report on progress?

Governments and their education ministers seem committed to achieving best practice inside schools, especially in the classroom. But they are reluctant to tackle the wider problems that cast a shadow over what they do. Meaningless declarations and good intentions are not enough. Unless we change direction, our national goals for schooling, elegantly reshaped every decade, will continue to reveal what we have failed to do rather than where we want to be. •