Cut short by the election, a parliamentary inquiry was beginning to probe the hidden costs of contracting out of government functions 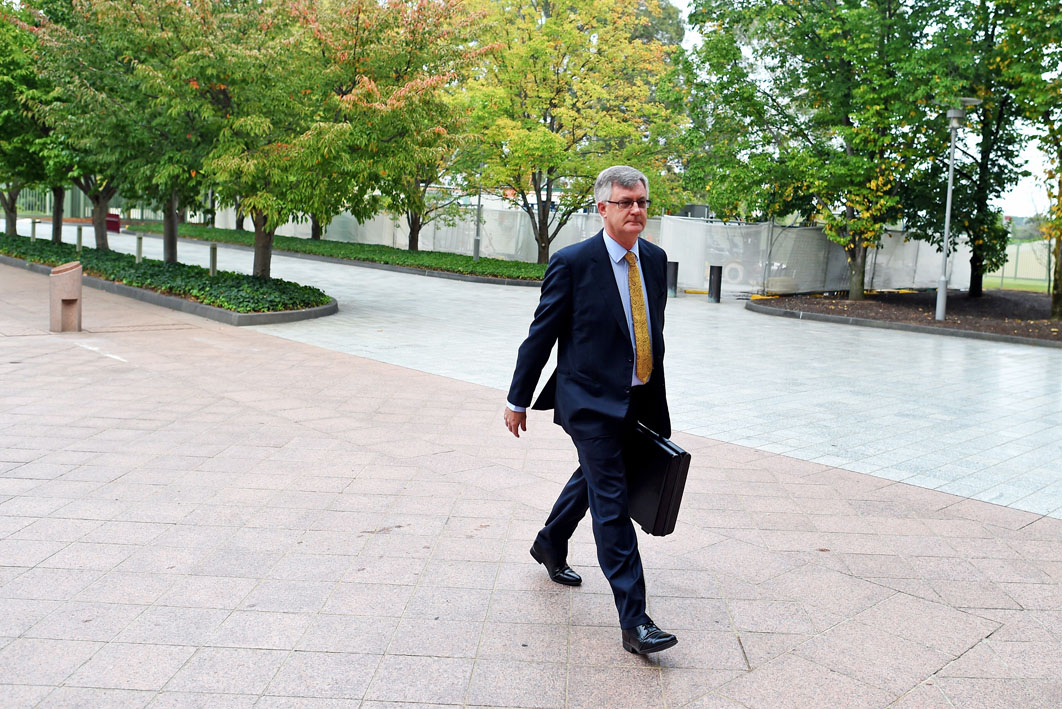 There was a time when the postmaster-general’s department employed around 125,000 staff. Then the telecommunications function was sold off — it now exists as Telstra, with around 30,000 staff — and the postal functions were turned into a government-owned company. Through corporatisation, privatisation, redundancies and attrition, around 90,000 staff disappeared from just one federal government department.

Multiply that across the public service and you can see why staff numbers are no longer anything like a reliable indicator of the size and scope of federal government departments and agencies. The role of public servants in supporting government functions has been cut back by a more extensive use of consultants and contractors (for reasons including government and ministerial distrust of government organisations at all levels) combined with an ideological faith that private sector organisations can do things better and a craving for the alleged benefits of greater flexibility.

Last year the Australian National Audit Office, or ANAO, analysed AusTender data to estimate the extent to which the Commonwealth relies on services from organisations other than its own agencies. Between the financial years 2012–13 and 2016–17, for example, the Commonwealth spent $39 billion (yes, billion) on external “management and business professionals and administration services,” $36 billion on “information technology, broadcasting and telecommunications” and “engineering and research and technology-based services,” and $17 billion on “politics and civic affairs.” There was more, and it all added up to enough money to build twelve new submarines and, with luck, have billions left over.

Most of this spending is likely to be entirely warranted. It includes a few very large but entirely reasonable amounts, including a National Blood Authority contract with the Red Cross to supply blood. And besides, few government agencies were ever entirely self-reliant. (In its heyday, the postmaster-general’s department used staff not employed in the public service to provide postal services in country areas.)

Reflex opposition to outsourcing is as often mistaken as it is justified. No one with a due sense of the proper use of public money would want to revert to having relatively highly paid military staff wasting their professional time on grounds maintenance, catering and cleaning when those things can be done more efficiently by private providers. But outsourcing on purely ideological grounds, on the other hand, often goes wrong. In the 1990s, against the wishes of just about all other departments, the finance department persuaded the federal government to outsource a large range of IT functions — a disaster for which no heads have ever rolled.

So it was no particular surprise when last year’s ANAO report on contracting confirmed that all was not well. No overall data is collected on outsourcing, so the ANAO was forced to trawl through the government’s AusTender listings, which are opaque, not necessarily complete and often tardily updated. There, it found evidence of “contract splitting” to avoid full, open tendering, and discovered that around half of all contracts are let by limited tender.

In all, the ANAO report detected an odour strong enough for the parliamentary public accounts and audit committee to establish an inquiry. Before the federal election was announced and the process came to an abrupt end, it had attracted fifty-eight submissions and held several days of hearings.

To hope that improvements in contracting might be generated from within the bureaucracy is to hope against hope. Departmental and agency submissions to the inquiry were, at best, models of complacency. Finance and the attorney-general’s department offered only modest suggestions about certain definitional matters, while the prime minister’s department, whose secretary has attracted the informal title of “head of the public service,” hardly managed to get even that far. The Public Service Commission, more on which a little later, washed its hands of all responsibility or interest.

The two best and most useful submissions to the inquiry came from Paul Barratt, a former secretary of the defence department, and Paul Munro, a former presidential member of the Conciliation and Arbitration Commission (and its successors) and a member of the famous 1970s Coombs royal commission on federal government administration.

For Barratt, who saw a considerable amount of outsourcing at first hand in defence, pushing core functions out of the public service “inevitably results in deskilling.” He warns that the “successful definition and management of contracts requires… an understanding of the subject matter at least comparable to that of the service provider.” In other words, outsourcing — especially of more complex functions — can lead to what economists call “information asymmetry”: with officials lacking the knowledge to write a satisfactory statement of requirements for contracts, providers are given scope for exploitation. Barratt also says that ministers and officials can use outsourcing to evade responsibility when things go wrong.

Munro’s submission is a telling analysis of the staffing consequences of contracting, which he says has hastened a trend away from “a standing, strong, professional corps undertaking administrative services” for governments. The “move away from… a strong, responsive, merit-based public service is very marked,” he says, and the downgrading of integrity and resilience has provided “opportunities for corrupt practices.” He points to a 2007 ANAO estimate that some 19,000 workers had found their way into the federal public service other than through the merit recruitment provisions of the Public Service Act. That number is now likely to be much greater. Thirty, forty, fifty thousand? No one seems to know.

The rules that are being circumvented can be traced back to the Northcote–Trevelyan report on the British civil service in the middle of the nineteenth century, which attempted, largely successfully, to root out the nepotism and corruption in staffing that had become a devastating blot on British public administration.

There is nothing untoward, of course, about consultants providing one-off policy or management advice for departments, or contractors being used for cleaning, building maintenance or even call centres. But when consultants, contractors and labour-hire staff are used to perform work indistinguishable from that of public servants — when they effectively occupy public service positions, supervise public servants, exercise financial and staffing delegations and the like — then the relevant constitutional and legal provisions are abused and bypassed and the doors are left open for a return to the bad old days of nepotism and corruption.

It’s easy to imagine how this works. Consultants are engaged on contract to occupy line-management positions. Faced with the need to fill subordinate positions, they can either go through the exacting legislative procedures to ensure merit recruitment and promotion or, without undue fuss, bring in on contract people they know or people employed by the same consulting firm. Serving public servants can be sidelined because the consultants simply don’t like them. Nepotism returns and grows, the efficiency, effectiveness and integrity of the merit system goes up in smoke and we’re back in the British civil service of the 1840s.

It’s not simply that tens of thousands of consultants and contract staff are being brought in to the public service outside the employment provisions of the Public Service Act. These people owe their primary allegiance to their separate employers and they’re not covered by the Public Service Act code of conduct and its associated disciplinary provisions.

This is what is happening in the federal public service, and yet the Public Service Commission, the nominal guardian of its merit system, doesn’t seem to care. When the parliamentary committee asked if it had undertaken assessments of “the impact of the growth in the use of on-hire labour contractors” and “the use of consultants to deliver core public service functions,” the commission replied that it “has not undertaken such assessments.” When asked what should be done to track the use of “contractors and on-hire labour contractors,” the commission said that “this is a matter for agencies” and that it does not itself “gather data or analyse statistical data about consultant and non-consultant numbers.”

This issue should be dealt with prominently in the recommendations of the current Public Service Review, being conducted by a panel lead by former Telstra chief executive David Thodey. But it would be unwise to hold one’s breath on that count.

Paul Munro would like to see a new, independent review of Commonwealth public administration “with powers commensurate with those of a royal commission.” Given that the Thodey review is not independent and its track record thus far has been unimpressive, there’s something to be said for that idea.

Regardless, whoever gets control of the parliamentary public accounts and audit committee in the next parliament should revive its inquiry into the ANAO’s report on contract procurement, and attempt to bring greater integrity and discipline to this major area of government activity. Most importantly, any new government and its ministers should, in their own interests, get on to it too. •

Paddy Gourley is a superannuated Commonwealth public servant. He worked in the Department of Defence during Paul Barratt’s term as secretary. 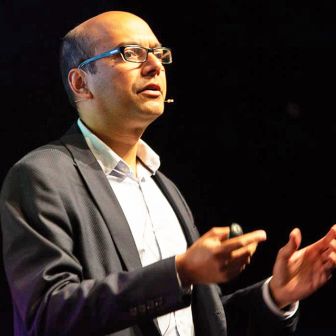 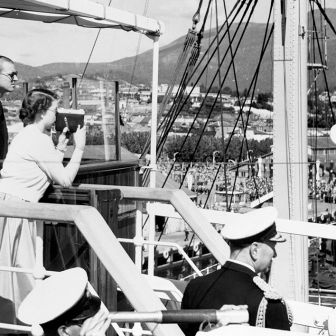 Books & Arts Monarchs on my mind Dennis Altman 16 August 2021 Could constitutional monarchies be the best of a bad lot? 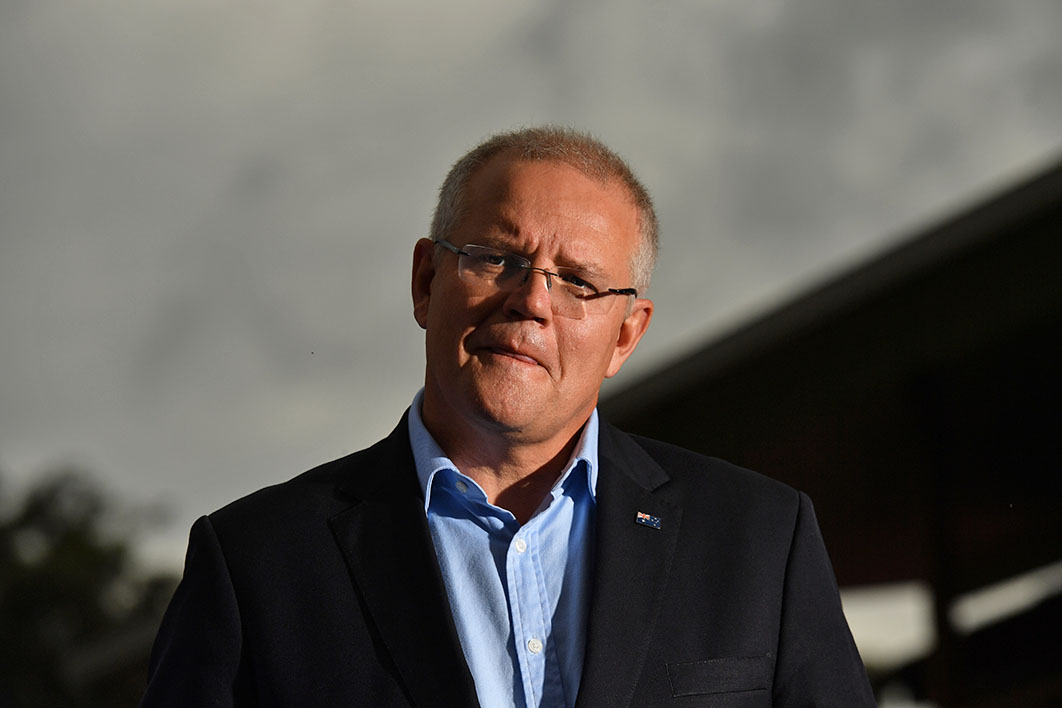