Putting the heat on polluting businesses

Has BlackRock upped the ante for investor action on climate change? 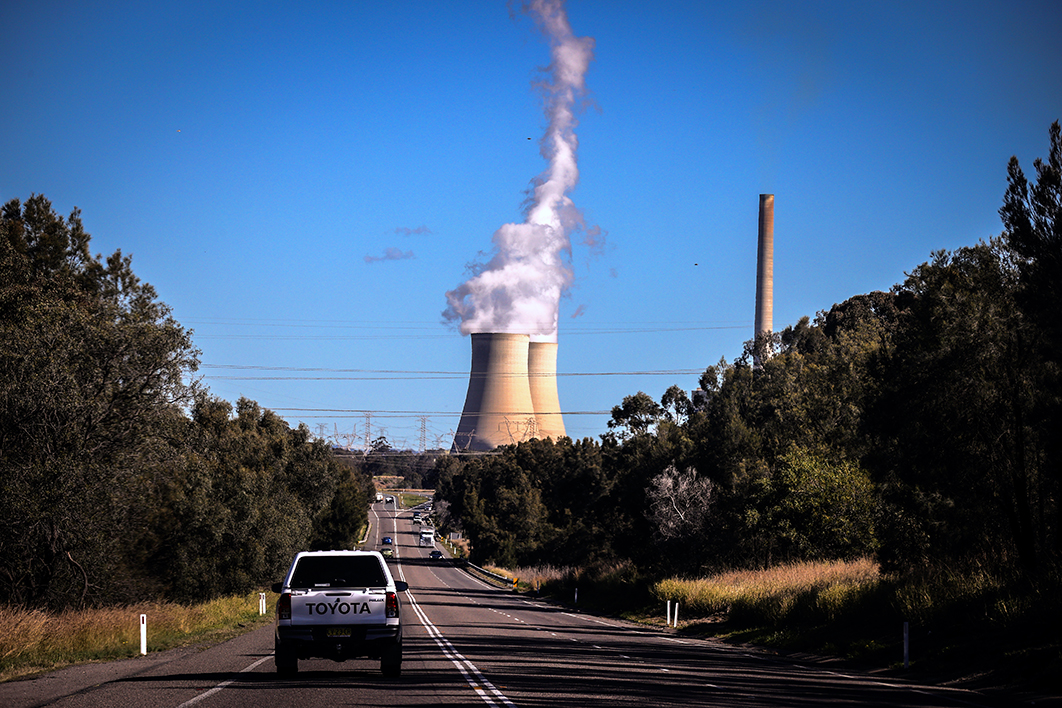 The BlackRock-backed resolution would have seen AGL’s Bayswater power station closed earlier than the planned 2035. Photo by David Gray/Getty Images

Investment giant BlackRock sent tremors through corporate boardrooms last week when it backed a resolution that would have required Australia’s biggest electricity provider, AGL, to close its coal-fired power plants earlier than planned.

The matter was not put to a formal vote at AGL’s annual general meeting, but BlackRock signalled its support in a bulletin to investors. The motion, which had won the backing of about one in five shareholders, was likely to have attracted support mainly from large European asset managers, but was opposed by major Australian industry super funds including Cbus, HESTA and Aware.

BlackRock, which manages assets worth US$7.32 trillion, has long called on the corporate world to take stronger action to deal with climate risks. Like Australia’s big industry super funds, though, it has mainly sought influence through private conversations with directors rather than used its voting power overtly.

If the world’s largest fund manager has decided it’s time to be more direct and public, super funds may be encouraged to change tactics too. In the absence of coherent government policy or a price on carbon, the best hope for effective action may come from enlightened business decisions, and Australia’s collective retirement savings — now nudging $3 trillion — give fund managers huge leverage.

When activist members call on their industry funds to divest from polluting companies, they’re often told that it’s better for the fund to stay engaged in order to push polluting businesses in the right direction. But the results of that strategy, at least to outsiders, seem modest and slow.

Like BlackRock, many big industry funds are members of Climate Action 100+, an international campaign by institutional investors to have boards and senior management commit to reducing greenhouse gas emissions in line with the Paris Agreement. The resolution to AGL shareholders focused on just that issue; if passed, it would have required AGL to “align the closure dates of the Bayswater and Loy Yang A coal-fired power stations with a strategy to limit the increase in global temperatures to 1.5°C above pre-industrial levels.”

AGL has pledged to close all three of its coal-fired power stations by 2050. Despite intense pressure from the federal government, it will complete the shutdown of Liddell in the Upper Hunter by April 2023. Bayswater (also in the Upper Hunter) is set to be retired in 2035, when it will be fifty years old, and Loy Yang A in Victoria’s Latrobe Valley won’t close until 2048, by which time it will be more than sixty years old.

AGL is Australia’s largest greenhouse gas polluter, responsible for 8 per cent of national carbon dioxide emissions. More than a third come from Loy Yang A, which burns emissions-intensive brown coal.

The motion for AGL’s annual general meeting was initiated by the Australasian Centre for Corporate Responsibility, or ACCR. It drew on AGL’s own analysis, which shows that even the more modest target of limiting warming to 2°C requires brown coal to be all but phased out as soon as 2030.

AGL chairman Graeme Hunt acknowledged as much at the meeting, insisting that “while closure in about 2036 was needed in a scenario where global warming was limited to no more than 1.5 degrees, it was not AGL’s policy to commit unilaterally to the outcomes of particular climate scenarios.”

ACCR also put a more commercial argument to shareholders, contending that keeping Loy Yang A running after it turns fifty would be a bad investment decision because of increased maintenance costs. “It is not commercial to keep throwing money at coal-fired power stations beyond the end of their commercial lives,” says ACCR’s executive director Brynn O’Brien.

Drawing on data in AGL’s annual reports, ACCR calculates that the amount the company must spend to “sustain” its assets grew from $80 million in 2012 to $536 million in 2020. Spending on “growth and transformation” fell from $690 million to $193 million over the same period. Maintaining ageing coal assets comes at the expense of investing in renewable technologies.

BlackRock appears to agree. It supported the resolution, it said, “to encourage the company in its efforts to proactively and ambitiously manage the climate risk in its business model.” Shareholders’ long-term interest would benefit from AGL’s offsetting financial risks and capturing “some of the opportunities of the global energy transition.” The capital spending needed to maintain Loy Yang A was “a significant factor” in BlackRock’s support for the resolution.

BlackRock chairman and chief executive Larry Fink has built a reputation for stressing the importance of environmental concerns in his company’s investment decisions. In his 2020 letter to chief executives, he argued that climate change was fundamentally reshaping finance and the allocation of capital, and warned that BlackRock would drop investments that present “a high sustainability-related risk, such as thermal coal producers.”

Until now, though, people involved in pushing for action from Australia’s corporate sector have regarded BlackRock’s advocacy as tokenistic. Last year the Guardian reported that BlackRock’s interests in coal, oil and gas had grown substantially since the 2015 Paris accords, yet it “routinely” opposed motions that would have forced directors of fossil fuel firms to act more resolutely on climate change.

ACCR’s Brynn O’Brien says this is the first time BlackRock has supported a shareholder resolution relating to climate change at an Australian AGM. “It’s too early to say whether this represents an overall shift to BlackRock using its stewardship rights more forcefully,” she says.

Responsible investment specialist Alice Martin agrees. Martin, director of consulting firm Moribus Advisory, says BlackRock has largely operated behind closed doors. “It’s great to see strong signalling from BlackRock on this issue,” she says. “However, I’d be wary of making a hero out of them just yet.” She points out that industry super funds, including her previous employer, Local Government Super, have been far more vocal and far more public in pushing Australian companies to respond to climate risks.

Martin is currently working with the Sustainable Economy program at the Centre for Policy Development, which has put increased pressure on big companies in recent years. In 2016, CPD jointly commissioned a legal opinion that found company directors could be liable for breaching their duties under the Corporations Act if they ignore or mismanage climate-related risks.

That message has been reinforced by key financial agencies including the Australian Prudential Regulation Authority, the Australian Securities and Investments Commission and the Reserve Bank, and by former High Court justice Kenneth Hayne, who chaired the royal commission into the financial sector. On Friday, in its latest Financial Stability Review, the Reserve Bank designated climate risk a “key focus” for Australian regulators in coming months.

Alice Martin says the Australian Council of Superannuation Investors is increasingly pushing for action on environmental, social and governance issues, including climate change. On average, its members own about 10 per cent of every ASX 200 company. Under this kind of pressure, at least eight of the forty biggest industry super funds have divested from companies that derive most of their income from mining thermal coal for power generation.

But most funds still hold shares in other fossil fuel companies, including oil and gas producers like Woodside, Santos and Origin Energy. Employees’ super contributions that go to their fund’s default investment option are likely to be partly invested in one or more of these companies. But if Woodside, Santos and Origin realise all their gas ambitions it will be impossible to hold global temperatures to the Paris level.

To achieve more and faster progress, a growing number of ordinary members would like to see their funds shift the emphasis from closed-door corporate conversations to engaging in more public action of the type foreshadowed by BlackRock. But those playing the inside game insist progress is being made by working robustly with company directors and executives.

Liza McDonald, Aware Super’s head of responsible investment, told the Sydney Morning Herald that the fund had been very successful in getting AGL to engage on climate change, including setting targets to reduce their emissions. But McDonald said Aware would not support ACCR’s resolution on Loy Yang A because its implementation was “not commercial.” Despite sharing concerns about AGL’s spending on maintenance, she said management was best placed “to manage their assets… in the most effective way.”

ACCR’s O’Brien is underwhelmed by that explanation, given Aware’s membership of the Climate Action 100+ initiative. “The overriding point of the initiative is to transcend pure short-term commerciality,” she says, adding that HESTA members, who mainly work in the health sector, would expect their fund to move more quickly given the massive health effects of global warming. A higher vote for the AGL resolution would have had “persuasive influence” on AGL’s decision-making, she says.

O’Brien has another explanation for why BlackRock supported the ACCR motion and why big Australian super funds held back. “As a global asset manager,” she says, “BlackRock is less sensitive to some of the things Australian funds are sensitive to, like political blowback.”

It remains to be seen whether BlackRock’s foray with AGL will be replicated with other corporations — and if it is, whether it encourages a new wave of investor action on climate change. In the meantime, I have asked my own super fund, UniSuper, for its position on the AGL resolution. I’m yet to receive an answer.

As part of a commitment to achieving net zero absolute carbon emissions in its portfolio by 2050, UniSuper says it engages with companies to “encourage rapid decarbonisation of their operations and supply chains.” On its website it singles out AGL as an example of why it maintains investments in companies generating profits from fossil fuels: “Often the companies that are being divested have the greatest capacity for impact — for example, AGL is both a large emitter and a large investor in renewable technology. By precluding investment in AGL, we won’t be able to be part of this transition.”

This is a familiar argument. But it raises the question, when does being “part of the transition” ramp up? If now is too soon to support resolutions that align corporate strategy with keeping average global temperature rises below 1.5°C, then when will the time be right? •

Contributing Editor Peter Mares is lead moderator with the Cranlana Centre for Ethical Leadership. He sits on the Research Committee of the Centre for Policy Development.