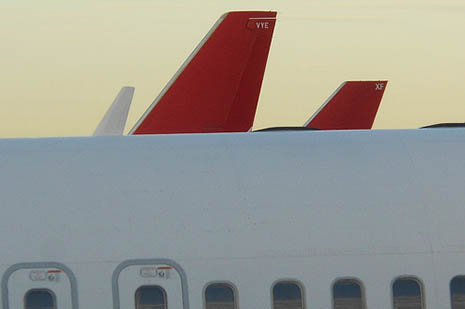 IT WOULD be easy to believe that the extraordinary decision by Qantas to shut down its mainline operations was a response to a fever-pitched stalemate in negotiations with key unions. The root cause of the shutdown, however, is the sub-par performance of Qantas International. It’s this underperformance that has driven the new Asian airline strategy, the offshoring of jobs, the need to contain wages, and the shedding of labour in the pursuit of productivity improvements – all key issues over which there is union and management conflict.

The international business has performed beyond expectations on only one or possibly two occasions over the past ten to fifteen years. The metric that is used to determine whether it has under- or over-performed is the return on assets; the last time Qantas International reached its return-on-assets target was in 2008. During that year the Australian economy was booming and there was no growth in the supply of seats in the market. These two events coincide once in every decade or decade and a half – not great odds for Qantas shareholders.

My ten-point plan for the group would include the following.

Qantas’s relationship with the federal government has clearly suffered as a result of recent events. The airline must fix this quickly and re-engage the government on critical issues.

One good that has come out of recent events is that the government now knows how urgent and structural the problem is for the international business. It also knows that unless the structural problems are addressed they will flare up again in three or five years’ time during negotiations on a new agreement.

The most pressing issue to be raised with government is the persistent excess in the supply of seats. The government has consistently agreed to requests by foreign carriers that are majority government-owned for greater access rights, which has allowed the share of the international market operated by these carriers to grow from 20 per cent in 1991 to 47 per cent in 2011.

It has also allowed Middle East carriers, including Emirates and Etihad, to increase their capacity at a compound annual growth rate of 26.3 per cent since 1991, a period in which the average growth rate for the market has been around 5 per cent. At the same time, other privately owned carriers – including Air France, Alitalia, Austrian airlines, KLM, Lauda Air, Lufthansa and Swiss Air – have simply stopped Australian operations. For inbound tourism, such carriers are critical.

The Qantas Group has to demonstrate to the government that providing government-owned carriers with additional rights is not in Australia’s public interest. It is hurting net international and domestic tourism and crowding out the expansion ambitions of Australian carriers and other privately owned foreign carriers.

Alternatively, Qantas could try to convince the government that the international arm of the airline should be nationalised and that it coordinate with Tourism Australia to turn around the net international tourism deficit.

Higher oil prices have devastated the airline business – and particularly the international business, in which fuel is a high proportion of total cost.

The problem won’t go away. Oil prices are set to trend higher over the next ten to twenty years, causing further headaches for international airlines. One thing the Arabs learnt prior to the GFC is that oil demand is extremely insensitive to price, which means that revenue goes up when the oil price goes up – by a lot. They understand that the key risk associated with pumping too much supply into the market is high because the downward impact on the oil price can be large.

International airlines all around the world must have plans in place to account for the trend in oil prices. For Qantas, those plans should include lower levels of fuel hedging using financial instruments. The additional volatility in the global economy means that the use of financial instruments such as swaps and options for fuel hedging will become more expensive. The natural response to this higher cost is to use these instruments less and rely more on costless measures to protect against price rises.

One of the strengths of Qantas International is that it has the greatest costless protection of any airline in the world, including key competitors. The reason is simple: as the price of oil goes up so does the Aussie dollar. This relationship has held true for almost thirty years, except for an eighteen-month period in early 2000 when the US Federal Reserve decided to jack up interest rates by 190 basis points.

Any costs that Qantas finances in US dollars – fuel costs, purchasing or leasing aircraft, spare parts and charges at foreign ports – fall as the Australian dollar strengthens.

As the oil price increases, Qantas International must risk extracting maximum possible benefits from this costless oil protection to draw its unit costs closer to its rivals.

When the oil price goes up as a result of the strength of global oil demand, the price of other commodities invariably increases. When the prices of these other commodities rise, this helps Australian jobs, income and wealth, which in turn drives air travel.

Qantas needs to convert this strong Australian demand into revenue growth. It can do so by not overreacting to strong demand growth by adding too much supply, but instead allowing yields to grow to finance higher unit costs.

Qantas international should take a leaf out of the accommodations sector’s book – grow revenue proportionately more through yield and not volume because volume growth adds to variable costs at the same time as putting downward pressure on yields.

Qantas International has a very strong presence in the Australian point-of-sale market (at least before the weekend), just as other foreign airlines have strong presences in their own home markets. With commodity prices set to increase over the years ahead this presence will be increasingly important as the Australian economy continues to be one of the fastest growing advanced economies in the world. Qantas needs to position itself better to capture this growth.

In a trending oil price environment the airline needs to pursue fuel efficiencies. The purchase of the fuel-efficient Boeing 787 aircraft – expected to be 20 per cent more fuel efficient – is definitely a step in the right direction. This will only yield benefits, though, if the fuel cost savings are not captured by a higher price for the aircraft, in which case any potential gain is offset by an increase in depreciation costs.

In Australia, Qantas International is exposed to the strongest privately owned airport monopolies in the world. The market power they possess is enormous, and mostly manifests itself in the transfer of risk away from the airports and towards the airlines. Qantas must continue lobbying for more aggressive regulation of airports.

Many of Qantas’s international competitors don’t have the same problems because the owners of the airline also own the airport, as is the case for Changi and Dubai airports. An increase in airport charges at these airports is a transfer from airlines like Qantas to the owner of the airlines against which they compete.

The proportion of premium seats on Qantas International flights is high. While this works extremely well during good economic times it is often catastrophic in bad times. It makes Qantas’s performance more cyclical than for airlines with lower premium mixes.

The global economy will be more volatile in the future as governments around the world tighten their budgets, particularly in key advanced economies, and the fears over sovereign debt crises take time to subside. Airlines with high premium mixes are likely to experience more volatile earnings, making it more difficult and costly for them to raise capital (as credit ratings decline). Qantas international should consider further reductions in its premium mix over the period ahead.

Airlines at the moment tend to be slow to react to periods of revenue or cost adversity. Instead of pulling seats out of the market when things are getting tough, they reduce the average price or let the loads on the plane slip until it’s unbearable. This is precisely what happened during the GFC.

Airlines must react more nimbly to adverse economic conditions. Qantas can lead the way here. It should invest in a team that can put together a custom-made set of leading indicators that give insight into underlying demand on all routes six to nine months into the future.

When these indicators show that demand is going pear-shaped the airline can prepare to pull capacity out of the weakest routes and transfer it to the routes where it is expected to be strong. Capacity must be sufficiently flexible to allow this to happen. In some cases this is difficult because airlines may have to give up the rights to landing slots at airports, but this would have to be assessed on a case-by-case basis.

The yield management systems of airlines all around the world have been deeply affected by the GFC. These systems attempt to forecast demand for a particular flight well in advance of departure and use that information to determine how many seats will be offered at different price points.

Forecasting demand today, however, is significantly more difficult because it is coming out of a GFC-affected base. This is making it almost impossible for the complex mathematical algorithms used by yield management systems to get the best possible revenue result for the airline. For this reason, it is extremely important to have very senior and exceptionally talented analysts working on yield management to detect when the computer gets it wrong. Qantas has an opportunity to lead the way on this.

A significant amount of talent and airline experience has left the senior executive of the Qantas Group. They include the likes of Colin Storrie (former CFO), Peter Gregg (former CFO), Geoff Dixon (former CEO, Qantas Group), John Borghetti (former CEO, Qantas Airlines) and Grant Fenn (former Group Executive in charge of strategy and freight). They also include many others in the senior management team who now work for competitor airlines.

This brain drain will eventually undermine decision making at Qantas because it affects the accuracy of the information at the disposal of senior management. The Qantas Group must stop this labour leak to ensure that the best minds are making decisions about the international business.

10: Improve the Qantas board

The current Qantas board lacks depth in aviation experience. Of its eleven members, only Alan Joyce (fifteen years), Richard Goodmanson (three years) and James Strong (eight years) have worked in an airline at a senior level.

Anyone who has spent a long period working in an airline will tell you that it takes several years of full immersion in aviation work to fully understand its complexities – and even after that decisions are extremely difficult to make. While bankers and miners will all have useful input into the various financial impacts of decisions, and these types are needed on the board, there is a need for additional people with aviation experience to provide more rigorous testing of and feedback on aviation capacity and investment decisions. They will also be able to understand, and quickly absorb, detailed board papers and presentations that would not not need to be watered-down for those with less aviation experience.

Given the Group’s expansion into Asia, it would also appear suitable to have a board member familiar with doing business in Asia – a point well made at the recent AGM. •

Tony Webber was Qantas Group general manager microeconomics and then chief economist between 2004 and April 2011. He is now managing director of Webber Quantitative Consulting. 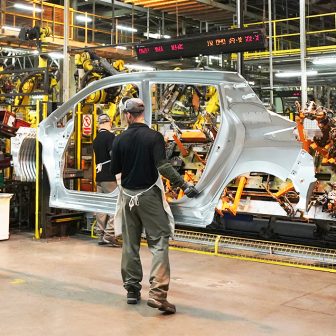 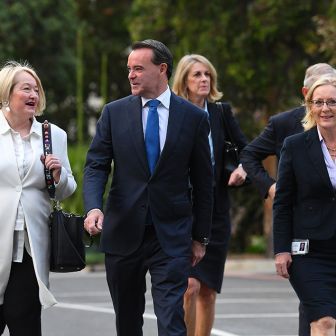