Raising the price of war 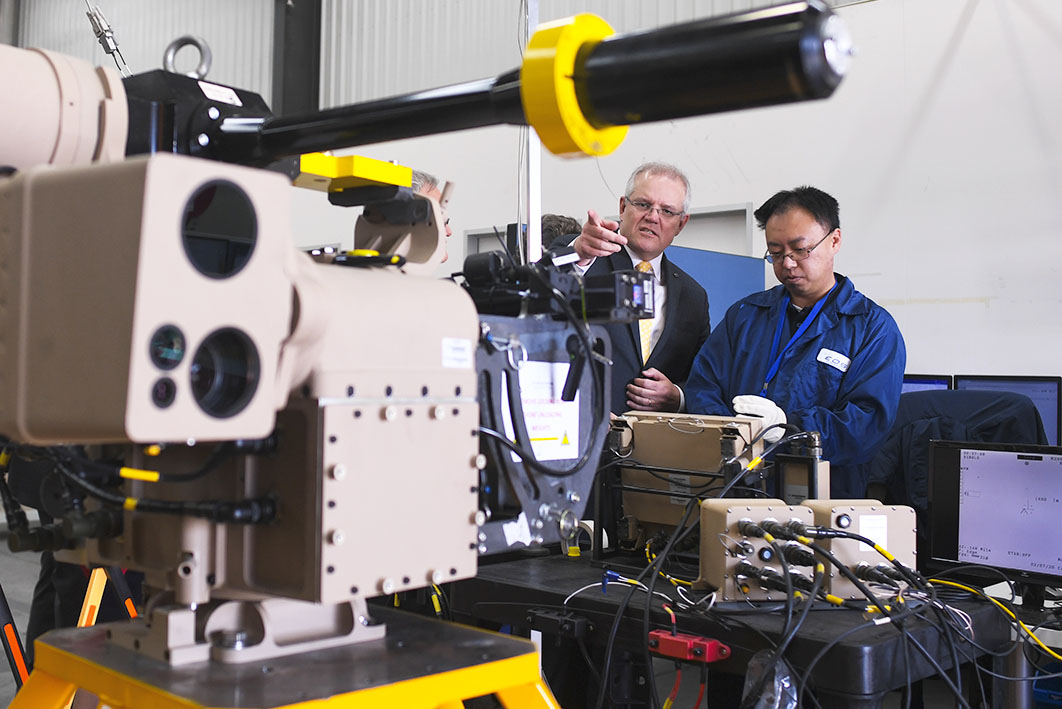 “Listen to your body” is what our physios tell us when we use painkillers to mask our aches and pains. Until you deal with the root cause of your pain, they warn, painkillers will achieve little and probably cause more damage in the long run.

The same is true in foreign policy. The probability of war has increased significantly in recent years. China, Russia, North Korea and the Middle East are all mired in geopolitical tensions. Australia has responded by announcing what’s been billed as a dramatic increase in military spending — more than a quarter of a trillion dollars over the next decade. Whether this is new spending or not, the announcement suggests that conventional defence measures are the government’s primary response to these challenging times.

But is this dealing with the symptom, or the cause? A key reason the threat of war has increased is that war has become cheaper. By cutting trade, investment and people-to-people links — and the mutual economic benefits that come with them — the West’s decoupling from China, Russia and others makes the cost of going to war lower and the probability of war higher. Australia’s security will be diminished for as long as this process of “decoupling” continues. Increased defence spending ignores the root cause of the problem.

The front line of this global decoupling is the toxic relationship between the United States and China. What started as a trade war over tariffs and subsidies quickly became a technology war over 5G mobile technology and cross-border data flows. It has spread further since then, moving from an investment war to a financial war and a currency war. Businesspeople are being arrested, immigrants restricted, and tourists and international students threatened with boycotts and bans.

Multilateral cooperation is just as bleak. The United States has withdrawn from or weakened institutions that it claims are too close to China or too willing to accommodate its demands. The World Health Organization, the World Trade Organization and the Paris Climate Accord top the list. President Donald Trump refused to sign off on the latest G7 communiqué because the rest of the G7 rebuffed his push to call Covid-19 the “Chinese virus.”

The benefit of trade, foreign investment and immigration isn’t just that it makes us richer (although that’s nice, too). They also provide a “peace dividend” by making war and conflict significantly more expensive. The reason the United States and China haven’t already gone to war with each other has more to do with incentives than their peace-loving leaders. War would be extremely costly for both. This is partly about defence — both are nuclear-armed countries with huge militaries — but much of it is about economics.

If war were to break out, the United States and China would both instantly lose their biggest customer, along with three-quarters of a trillion dollars in two-way trade. Countless US and Chinese businesses would collapse. People would lose their livelihoods. Consumers would see their cost of living skyrocket, to say nothing of the human costs of war and the direct financial costs to government budgets. War is never good for the economy. It represents a huge increase in government spending whether the economy needs it or not, and it is spending on something that does nothing to improve living standards.

It gets worse. Both countries would lose trillions of dollars in cross-border investments. China alone has about US$3 trillion in financial assets abroad, mostly in the United States. For the American government, businesses and consumers, the cost of borrowing and consumption would rise sharply. If China were carved out of the US-led global financial system, the consequences for both countries would be enormous.

Enter Australia. Some have suggested we should do some decoupling of our own. Those making such calls are being dishonest by neglecting to mention the lost trade, investment and skills that would result from decoupling. They also forget that Australia is not the United States. Even with increased spending, our military capabilities pale in comparison with those of the United States. This means that our economic ties, our ability to build regional alliances and our ability to promote a global system based on rules, not power, are the most vital pillars of our security. As Australia’s former top spy, Allan Gygnell, put it, “Even when the Australian Defence Force is involved, persuasion is always going to be the most effective tool available to Australia.”

Australia’s openness underpins our prosperity. But it also underpins our security. Our openness boosts our economy, which funds our military. Our openness also makes Australia an expensive adversary. With $900 billion of two-way trade, $4 trillion of foreign investment and 7.5 million people living here who were born overseas, conflict with Australia would be expensive. But the more we chip away at these trade, investment and people-to-people links — as some are proposing — the cheaper war becomes, and the less secure Australia becomes.

Increased defence spending might tackle the symptom of these trends, but until countries like Australia work together to strengthen global economic integration and the rules-based order, our security will remain diminished. •