Just below the surface is another, less orderly world, writes Dennis Altman 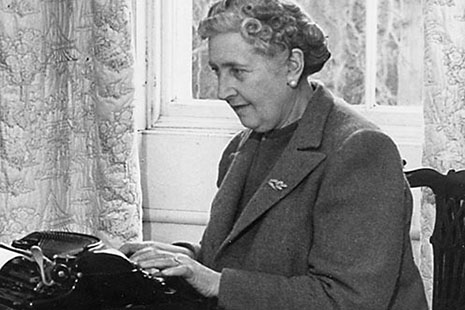 AGATHA CHRISTIE was a shared passion with my friend, the poet Dorothy Porter, who died last month, and it is partly in her memory that I am writing this piece. “Which Aggie are you reading now?” Dorothy would ask when we met, and then tell me about the one currently on her bedside table. Some years ago we did a joint presentation to the Melbourne chapter of Sisters in Crime on “Queering Agatha,” of which more later.

This passion for Christie is widely shared. At a new year’s eve party the other day I met a young man who has just read all of her novels – more than seventy, he boasted, testament to their mutual stamina. Over the summer the ABC has programmed, yet again, the ITV Miss Marple series starring Geraldine McEwan (who has just been replaced by Julia McKenzie in a fourth series). A slightly older BBC series, with Joan Hickson as Marple, is being promoted by the BBC, perplexingly, as appealing to “fans of a good murder mystery without extra lesbianism.”

And the passion extends beyond the Anglophone countries. A few years ago the French critic, Pierre Bayard, produced a book called Who Killed Roger Ackroyd, repudiating the question Edmund Wilson posed half a century earlier: who cares who killed RA? Obviously many people do, as her books have been published in more editions, and in more languages, than those of any other author except Shakespeare. In 2004 Christie’s detectives appeared in Japanese anima versions, and in 2007 Euro Comics India began a series of graphic comic adaptations. Thirty years after her death Agatha Christie remains central to the twin canons of detective fiction and holiday entertainment.

I have long had a guilty pleasure in reading and re-reading Christie’s works, comforting myself in the knowledge that James Baldwin confessed to killing many hours in strange hotels reading those same books. I first encountered Agatha through my now dead grandmother, who – despite her very limited English – read with relish each Christie novel when it was first published. When I travel I search for old Christies in paperback: my collection includes Murder on the Orient Express in Turkish, and Zabudnuta Vrazda, the Slovak version of Sleeping Murder.

Should you come across any early Agatha Christie paperbacks, especially those with lurid covers, buy them. What use to be staples of every secondhand bookshop are becoming scarce collectables. Original hardbacks of the early novels sell for over $10,000, though there is no way of knowing whether the people who buy books for this sort of money have any intention of reading them.

Agatha Christie seems to have timeless appeal. If you associate her with nostalgia for a lost Gilbert and Sullivan, pearl-necklaced, sherry-drinking middle England, try giving her books to a smart ten year old. I lent several of my Christies to one, who was particularly taken by the sleight of hand Christie uses in Death in the Clouds.

Partly through movie adaptations, of which there are around thirty, but also as a result of the enthusiasm of readers, some of her books have become staples of twentieth century fiction: who has not heard of Miss Marple and Hercule Poirot, or been caught up in the sheer ingenuity of plotting in books like Murder on the Orient Express, The Murder of Roger Ackroyd or Then There Were None (originally Ten Little Niggers, then briefly, before that too was recognised as offensive, Ten Little Indians)?

It is commonplace to argue that Christie was a bad writer, and she pales beside the best of her successors, including P. D. James, Ruth Rendell and Elizabeth George. Her dialogue is wooden, her characters one dimensional, her language appropriate to the uneducated for whom she expressed such contempt. She was a snob and a racist: the casual anti-Semitism of 1930s England runs through her early novels, in almost all of which there are minor Jewish characters, usually identified by avarice and physical appearance: “men of Hebraic extraction, sallow men with hooked noses, wearing flamboyant jewellery.” Christie had no compunction in saying she disliked “Negroes,” and south Asians and Africans only appear in classic colonial guise in her books; note the contempt for “the natives” viewed from the boat in Death on the Nile. She seems to have had a low opinion of Australians, too, though (white) South Africans and Canadians fare better.

For many of Christie’s fans on the left, including the Uruguayan Tupamaros guerillas and at least one current senior federal minister, her prejudices are discomforting. One leftist admirer, Johann Hari, a British journalist, has argued that Christie was a Burkean conservative who appeals to a deep desire for order and a suspicion of radical change. Doubtless this was true of Christie herself, but to read her books as expressing a coherent political position is to elevate her too high. Yes, there is something seductively soothing about the sense of closure and the quiet triumph of justice in Christie’s books, which reflecting a conservative sense of organic order and allows us to pass over the nastier side of her class and race biases. Her later novels are free of the overt racism of the prewar writing, but here she falls back on a simple-minded faith in hereditary evil. (One of her own favorites, Crooked House, may have inspired Roland Marsh’s novel, The Bad Seed.)

We read Christie despite her prejudices, not because of them, just as one might enjoy James Bond as entertainment but deplore Fleming’s sexism and love of violence. To take her too seriously – to quote the praise of Roland Barthes, Umberto Eco and Michel Houllebecq, as Hari does – is to fall into the same trap that allows French critics to see profundities in the films of Jerry Lewis. Sometimes the superficial is all there is.

The best analysis of the works of Christie was written almost thirty years ago by Robert Barnard, whose own thrillers are very much in the Christie mode, if more satirical and less ingenious. Barnard spent some time in Australia, and his Death of an Old Goat must still cause shudders at the University of New England, which he relentlessly skewers. He defends Christie as creating remarkable puzzles; the lack of fine writing and detailed characterisation means that nothing detracts from the cleverness of the plot or from Christie’s ability to deceive the reader while supplying the necessary clues to solve the mystery. To carry out this deception Christie depended on large groups of characters who share motive, opportunity and dark secrets; other than in some university departments it is hard to imagine so many people who have reason to hate each other gathered in one place. Common to all Christie mysteries is what Pierre Bayard calls “a principle of disguise” that “prevents the reader from grasping the truth even while it is exposed in full view.”

These are not realistic stories, and often the complexities and references to mysterious international conspiracies, usually linked somehow to Communists and perhaps drug dealers, become ludicrous. The best are the murders set in solid upper-middle-class circles, though not always in England: Christie moves through Europe on trains and planes, the Nile on a steamer, Mesopotamia on an archaeological dig and even (in Death Comes at the End) Egypt under the Pharaohs. Yet in these very different settings the same sorts of characters appear, stock figures that were the basis for the suspects in the board game (and film) Cluedo. Country vicars and doctors, retired colonels, spiteful spinsters, angry young men and spirited young women are common to most of her works.

You can only read Christie as “queer” – as Dorothy and I did at Sisters in Crime – if you accept that this as a game in which both the genre and the theory are being read ironically. Even with the insouciance that typifies queer theorists there is no reason to believe that Christie herself was sexually attracted to women. But her novels are full of unmarried men and spinster women – both Marple and Poirot are unattached, with only vague hints of failed romance in the distant past – and, as Dorothy remarked, remarkably free of children, who are often unpleasant when they do appear.

It’s not difficult to find coded homosexual references in Christie, particularly in her novels set in English villages, where single artistic men and devoted women companions abound. In A Murder is Announced, for instance, there is an obvious lesbian couple. In one of her later books, Nemesis, a lesbian relationship lies behind the murder itself, a theme Ruth Rendell used in one of her early novels, From Doon With Death. At least one of her minor detectives, Mr Sattherwaite, cries out for a queer reading: what is to make of a man who “is an admirer of Kew Gardens and was once in love in his youth,” gave “definitely ‘queer’ parties” and “had a large share of femininity.” Sattherwaite is killed off in 1936 in Cards on the Table, thus meeting the fate of almost all homosexual characters of his era.

Of course, “queer” carried more mixed connotations in Christie’s time than it does today, and there is a strange lack of specificity to some of her sexual references. In the eponymous novel in which Lord Edgware is disposed of, the word “queer” is used frequently, and Lord E. has a butler “who might have posed to a sculptor for Hermes or Apollo” and reads the works of Casanova, de Sade and a book on mediaeval torture. It is unclear whether Christie is hinting at homosexuality or rather a generalised middle class fear of unspecified sexual depravity among the upper classes.

The queerness of Agatha lies in the way in which she suggests another and less ordered world lying beneath conventional middle class English prejudices and class structures. Poirot’s obsession with order – he once remarked he would prefer eggs to be square than round – resonates with the theory that detective fiction is about restoring harmony. But, like Miss Marple, who constantly reminds us that evil is everywhere and can discern a mass murderer through his resemblance to the newsboy who teased cats in St Mary Mead, he also knows that civilisation is a thin veneer that at any time can be threatened by human greed and irrationality. Both of them would have made superb analysts. As Christie wrote in the preface to Cards on the Table, one of her favorites: “The deduction must, therefore, be entirely psychological, but it is nonetheless interesting for that, because when all is said and done it is the mind of the murderer that is of supreme interest.”

When I am falling ill one of the early signs is a desire to reread Agatha: even if I remember who did it, there is still pleasure in watching how cunningly she leads us to the eventual denouement. I shall deeply miss being able to share rehashing the fine points of her plots with Dorothy Porter. •

Dennis Altman is professor of politics at La Trobe University. 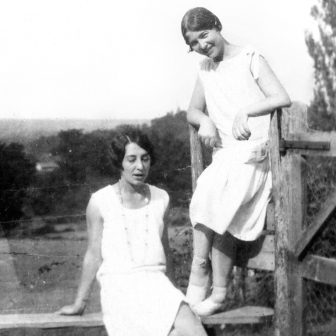 From the archive Self and Other Zora Simic 4 October 2021 In a previously unpublished novel, Simone de Beauvoir traces a life-changing friendship 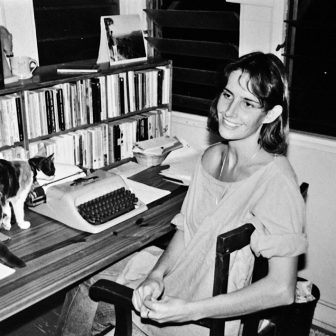