The federal government, the Reserve Bank, commercial banks and the exchange rate are in a race to the bottom. This need not be the case 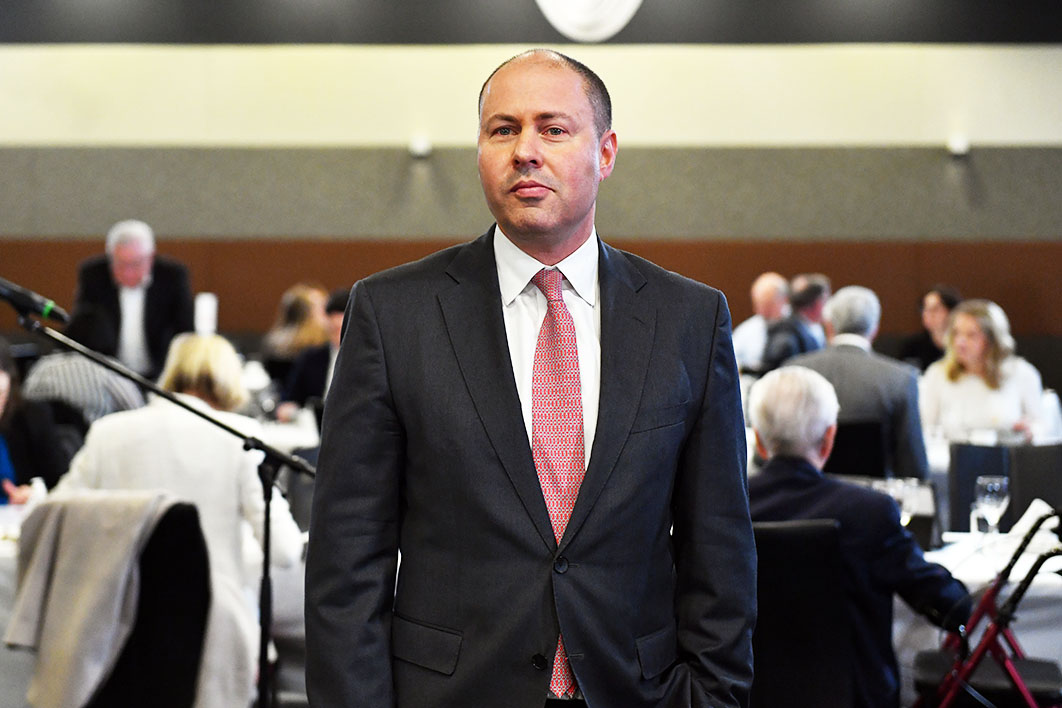 Since the crisis began, economic stimulus has come from four main sources: fiscal stimulus from federal and state governments, monetary stimulus from the Reserve Bank, a depreciated exchange rate, and loan deferrals from commercial banks. In an unfortunate turn of events, all four sources have been reduced in recent weeks, with the other form of stimulus — supply-side reform — nowhere in sight. This is despite a state of emergency, a state of disaster and a curfew in Victoria, and rapidly increasing unemployment. The Australian economy is being left dangerously exposed.

To be sure, much has been done to stimulate the economy. The federal government has increased spending and reduced tax collections by $85 billion in 2019–20 with a further $184 billion planned for 2020–21. The RBA has injected $100 billion of cash into the economy through bond purchases and supports for the banking system. Commercial banks have deferred mortgage and business loans worth $236 billion. State governments have kicked in more than $13 billion and the Australian dollar’s 17 per cent fall from January to March gave a vital boost to Australia’s export sector.

This stimulus stopped the Australian economy falling off a cliff. But now that stimulus is being wound back at the worst possible time.

The federal government has reduced the JobKeeper and JobSeeker payments, withdrawing billions that would otherwise have gone into the economy. This would not ordinarily be a problem, since monetary policy could pick up the slack. But Philip Lowe’s recent speech suggested there is not much chance of that. Conventional monetary policy has done about as much as it can do. While there is plenty more the RBA could do through unconventional monetary policy, Lowe has flagged an unwillingness to do it.

At the same time, the deferral of loans from commercial banks to households and businesses has peaked. They will return to normal in the coming months, removing $236 billion of relief for household and business balance sheets. Worse still, the exchange rate has appreciated more than 25 per cent since March, robbing Australia’s export sector of the stimulus it needs to survive the pandemic. Some state governments, particularly Victoria’s, have increased spending, but their budgets are too small to fill these growing gaps.

This is a big problem. What to do?

It falls to the federal government and the RBA to keep their eye on the big picture. They are playing a dangerous game of chicken in deciding whether fiscal, monetary or structural policy should support the economy. In truth, the economy is in such a dire state that there is a clear case for all three.

Start with the RBA. Philip Lowe is on track to complete his term as governor without ever once achieving his inflation target. This need not be the case. The RBA’s quantitative easing program has focused on buying government bonds with a four-year maturity. It could expand its program to cover government bonds with different maturities, or do what other countries have done and purchase other long-term assets, including corporate bonds and stocks. But these markets are shallower in Australia than overseas and such purchases are criticised for distorting markets by picking winners. Or, at the extreme, the RBA could directly finance government debt. But such a policy is normally reserved for when the government lacks fiscal space and/or faces exorbitant borrowing costs, neither of which is true for Australia.

The criticisms of those measures are valid. But they also ignore the costs of inaction. Nobody doubts that such policies would boost inflation. The RBA’s hesitation isn’t that these policies wouldn’t work, it is that such policies are institutionally uncomfortable: blurring the line between the RBA, private markets and the government. Exactly how long the RBA can maintain a preference for institutional cleanliness over the health of the economy will be tested as the economy continues to deteriorate.

The benefits of increased spending are the avoidance of permanent damage to people’s employment prospects and the viability of businesses, along with the prevention of all the other horrors of a recession: suicides, domestic violence, political extremes. The costs of increased spending are virtually zero. Inflation is non-existent, government borrowing costs are at rock bottom, and the government’s rising stock of debt need not even be paid back provided the economy grows faster than those rock-bottom borrowing costs. The rhetoric about an intergenerational debt burden is a furphy.

The best thing the government could do is signal a willingness to run deficits into the medium term through demand-driven programs, providing businesses and households with the forward guidance they need to make longer-term decisions. By ensuring spending is demand driven, the amount of stimulus will be determined by the health of the economy, not some arbitrary budget deficit figure. Reducing JobKeeper and JobSeeker and making them, once again, temporary achieves the exact opposite.

The federal government has another major tool at its disposal that, thus far, remains untapped: supply-side reform. Any progress on this front would be welcome at this stage, but some areas seem more promising than others. With wages plummeting from an already low base, unemployment rising from an already high base, and long-run challenges emerging from a declining wage share and rising inequality, it’s hard to think of an area that is less likely to be successful than industrial relations reform. It’s worth a shot, but the government should be broadening its focus. Tax, welfare and product market reform should be at the top of the list. These reforms tend to be complementary. Doing them together makes it easier to keep stakeholders happy through policy trade-offs.

The extreme circumstances of Covid-19 have forced Australians out of their comfort zones. We have been forced to do things we would prefer not to do. The government and the RBA should not be any different. •