Reining in the banks 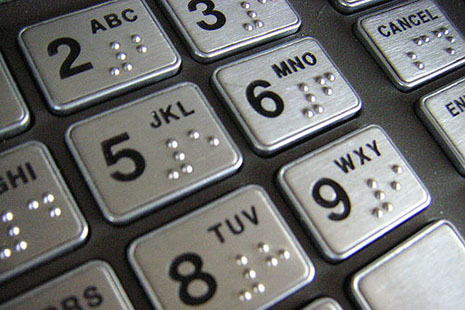 JOE HOCKEY’s suggestion that the treasurer should use punitive measures to rein in banks has stirred up a hornet’s nest. Some observers thought he was advocating a significant reregulation of the banking system. The Australian Bankers’ Association dubbed his comments “dangerous” and the treasurer, Wayne Swan, called them “reckless.” But several commentators, myself among them, supported his criticisms of the banks while disagreeing that punitive measures are the answer.

To put these competing arguments in context it’s worth looking at a snapshot of Australian banking. Australia has twelve locally owned banks, nine foreign subsidiary banks and thirty-five branches of foreign banks. It boasts of one of the strongest and profitable banking systems in the world. Alongside the banks are eleven building societies and 106 credit unions. Collectively, these institutions are called “authorised deposit-taking institutions” and are supervised by the Australian Prudential Regulation Authority, or APRA, under the Banking Act 1959.

The four major banks – the ANZ, Commonwealth, NAB and Westpac – dominate the banking system. They hold 77 per cent of total banking assets, 82 per cent of deposits, 83 per cent of total loans and 88 per cent of home loans. In other words, Australian banking is significantly concentrated. Only in the Netherlands and Sweden does a greater degree of concentration exist.

The situation might have been worse if not for the Australia’s “four pillars” policy, which bans mergers between the major banks. But the majors oppose the policy, arguing that it prevents them from competing on the global stage.

Because it limits competition, Australia’s concentrated banking market is at the heart of the issues raised by Joe Hockey. Oligopoly inevitably leads to oligopolistic profits, and Australian banks lead the world in bank profits. In 2008, the proportion of pre-tax profits as a percentage of total assets was 1 per cent for Australia, 0.5 per cent for Canada, 0.4 for the United States and -0.1 for Britain.

Profit is the difference between income and expenses. Interest and fees are the banks’ major sources of income; the interest they pay (their “funding cost”) and their operating costs are their two major expenses. By increasing income or reducing expenses, or doing both simultaneously, banks can increase their profit.

To generate profits during the global financial crisis, did the major banks reduce their operating expenses? On the contrary, their total operating expenses rose from $26 billion (in September 2008) to $30 billion (March 2010). While Australians were pulling in their belts, in the banking sector total staff salaries and bonuses increased from $14 billion (September 2008) to $16 billion (March 2010).

Ironically, cost reduction was achieved through reductions in funding costs. Banks raise funds from the domestic wholesale market (22 per cent), the overseas market (26 per cent) and deposits (52 per cent). To reduce funding costs the banks lowered their deposit rates – the rates at which they borrow from their customers. This was a clever move: increasing mortgage rates would have drawn flak; reducing interest rates on deposits was less obvious. Even now, the average rate on all term deposits – currently 4.40 per cent – is still below the pre-crisis level.

Banks took advantage of their own customers by reducing deposit rates, but when it came to reducing their wholesale funding costs the major banks dipped into the pockets of all Australians. Taxpayers provided a wholesale funding guarantee at a fee of only 0.70 per cent – one of the lowest rates among OECD countries. Simultaneously, the Reserve Bank reduced the official rate to as low as 3 per cent. The banks were quick to reduce deposit rates but not lending rates. No wonder the major banks increased their operating profit by $11 billion during the crisis period of September 2008 to September 2009.

Banks contend that the cost of rollover funds is rising. But it is the overall cost of prior debt and new debt that matters. The major banks’ interest expenses on all funds (borrowing plus deposits) declined from $95 billion in the year ending March 2009 to $65 billion in year ending March 2010 – a fall of $30 billion – according to APRA.

Despite all this, the banks continue to blame rising funding costs for higher lending rates. When I debunked the banks’ argument in an opinion piece in the Age in April, the Australian Bankers’ Association accused me of misleading Australians. But earlier this month the Reserve Bank also debunked the banks’ funding cost argument. According to the RBA board minutes, “Members noted staff estimates that banks’ funding costs had been relatively flat over recent months. While the spread between lending rates and funding costs was below its peak in 2009, it remained well above its pre-crisis level.”

Let’s compare this with Canada, which was also relatively unaffected by the crisis. There, the mark-up for mortgage loans is 1.95 per cent. Canadian banks borrow from the same international market as Australian banks, so why do Australian banks need a mark-up of 2.90 per cent? Credit card rates in Canada, it’s true, are comparable to those in Australia.

My estimate is that, by using the taxpayer-funded guarantee, the banks (and particularly the majors) made a cool profit of $1.34 billion during the financial crisis. Joe Hockey’s stance against the banks is thus well founded. So what should we do to rein in the banks? Should the government use its powers under the Banking Act 1959 as Mr Hockey has proposed?

Using punitive measures and prescribing interest rates would go against the grain of a market economy. To make banks behave we need to reduce their market power by other means. Several options are available.

Consumer action: If customers of the majors switch en masse to smaller banks or credit unions and building societies, the majors would be on their knees. This is unlikely to happen and the banks know that.

Australia Post: How about using the Australia Post network to provide competition, as some have suggested? New Zealand’s KiwiBank is a post office bank. Australia Post would need to be authorised under the Banking Act and would then have to follow the prudential requirements of APRA. It is not as easy a solution as it might first appear.

Community oversight: Another solution, which I support, is community oversight of banks, which can take many forms. Community representatives, or representatives of different categories of borrower, could be nominated to bank boards, for example, by amending the Banking Act. As taxpayers underwrote bank funding during the crisis, a right of oversight makes sense. Alternatively, the Reserve Bank or APRA could nominate an official to bank boards to ensure that the community is not short-changed.

Break up banks: A solution proposed by Alan Greenspan in the United States is to break up large banks. Here, the government could consider a demerger of Westpac and St George and of Commonwealth and BankWest. Again, there would be political ramifications.

We want our banks to be profitable, of course, and every country wants a stable banking system. But Australian banks sought taxpayers’ help during crisis and then took advantage of that help. It’s time to remind banks that it is the community that has given them the licence to carry on business and if they act to the detriment of the community, it has the right to impose sanctions. But are the banks listening? •

Milind Sathye is professor of banking and finance at the University of Canberra and a former central banker.

National Affairs Cut trade with China? It’s not that easy Adam Triggs 27 October 2020 Treat with care the claims that Australia can readily diversify its trade and investment
Close

The cracks in the Italian government are growing wider, writes Geoff Andrews. But can the opposition rise to the challenge? 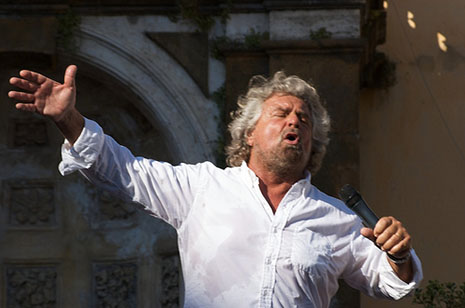