Books | In the desire to change China do we risk rewriting its history? 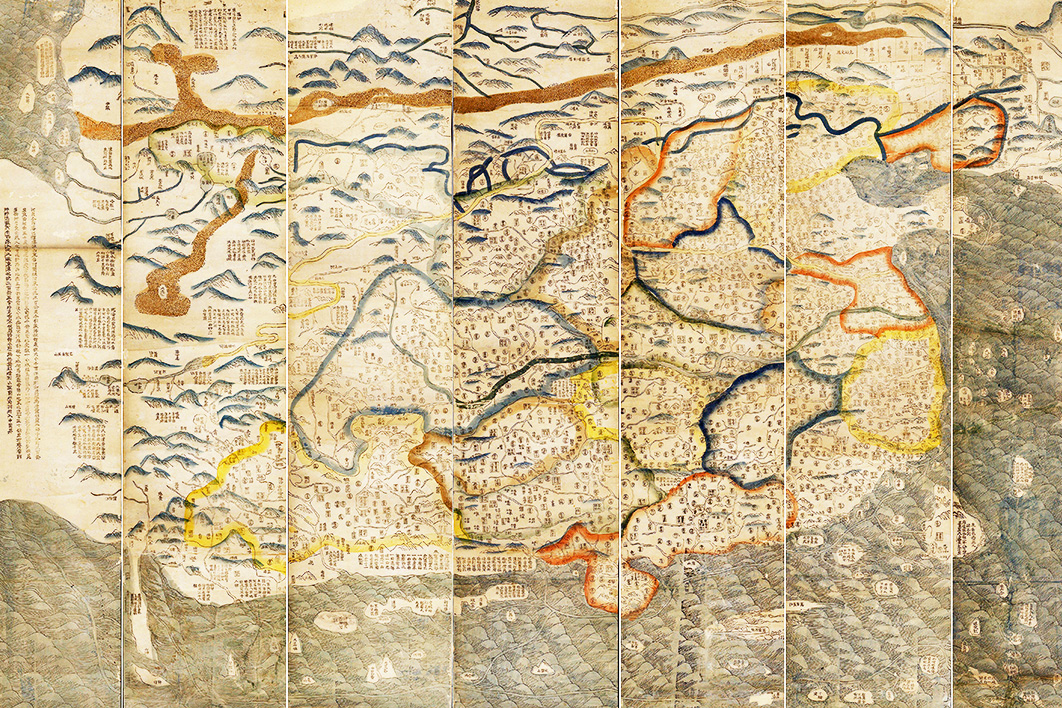 Bill Hayton is a journalist and historian whose career has included periods working in Asia. His decades of producing news and reportage have given him a sharp sense of what makes good stories, and a clear, uncluttered style with which to write them.

That experience stood him in good stead in his previous book, The South China Sea: The Struggle for Power in Asia, which had the great merit of taking a hugely complicated subject and, using vivid characterisation, personal testimony and clear thinking, making it comprehensible. It remains one of the very few books to shed light on a theatre of conflict that — perhaps more through its core participants’ design than anything else — can all too easily deteriorate into confusing minutiae.

Hayton’s target in his latest book is far trickier. Anyone who grows familiar with the People’s Republic in the twenty-first century becomes alert, very early on, to how hard it is to define that key word, “China.” One obvious fact is that alongside the People’s Republic there exists the Republic of China, or Taiwan. Already we are talking about two places that use the same word to cover very different realities.

Then there is the puzzle of how the entity that came into existence in 1949, with its radical, revolutionary founding mission, relates to the imperial entities, and their claimed antiquity, that existed in the preceding centuries. Before we’ve looked too far, we’re overwhelmed by the number of different ways this one word is used. Terminological neatness slips rapidly away.

Some modern-day scholars have tried to tackle this problem by defining China in ways that provide scope for very different meanings. American sinologist Lucian Pye went very broad in the 1960s, talking of China as a “civilisational” power, giving it an almost generic, abstract quality unencumbered by a physical country. More recently, Canadian historian Timothy Brook has gone the other way, tracing any coherence to the practical business of government under the dynasties of the past millennium. In his view, they were the ones who constructed the bureaucratic administrative structure that lives on in today’s centralised state.

Unfortunately this huge and complex subject doesn’t lend itself particularly well to Hayton’s favoured narrative technique of focusing on key individuals — Liang Qichao and Kang Youwei in the Qing era, for instance, and Sun Yatsen in the Republican era — and investing their work with great symbolic importance and practical impact. These figures were certainly important, but they existed in a much broader context than is given here, amid developments and movements that Hayton seems unwilling, or unable, to examine closely.

He states early in the book, rightly in my view, that construction of the notion of a Chinese nation during the Qing era (1644–1912) and into the post-1949 period parallels the processes that went into making Italy and Germany, for instance, or for that matter Russia and Turkey. But after tantalising the reader with the thought that China’s path was also exceptional in important ways, he doesn’t show with any real conviction why and how that might be the case. His assumption is that its path to national consciousness has been different and problematic in ways everyone implicitly understands — a point he doesn’t state as cogently as Prasenjit Duara does in Rescuing History from the Nation: Questioning Narratives of Modern China, a key work that he seems not to have drawn on.

Also undeveloped is Hayton’s important assertion that modern China is more the result of foreign ideas, impulses and influences than of its own intellectual traditions. China as the passive target of the outside world is a familiar trope, but one to be wary of.

For Hayton, the external world influenced China in three ways. One was its introduction of the concept of sovereignty, a notion that he argues cut across the fluid, almost boundaryless idea of “All Under Heaven” that prevailed in imperial times. Sovereignty somehow infiltrated into Qing-era China via its 1882 treaty with Korea, which undermined notions of Qing special influence over the Chosen Korean court in ways that privileged the European notion of the autonomous nation-state. The second was the spread of social Darwinism, which Hayton links to the rise of the Han ethnic category and its increasing dominance of national discourse in modern times. And the third was the arrival of the notion that possession of physical space, including maritime territory, is intrinsically linked to what a country is.

Foreign thinking of this kind undoubtedly had an impact among key groups in the nineteenth century and subsequently. But Hayton, at the start and end of the book, makes the overly strong claim that in many ways it played the key role in inventing the entity we see before us today. This denial of agency, and privileging of Europeans comes across as an act of intellectual colonisation.

The potential cultural and intellectual hubris brings with it a sense that neat and straightforward stories were needed to achieve the underlying aim of the book, which is as much about the present as the past. What happened before is presented as being neatly linked to and entwined with the present. Xi Jinping’s country keeps coming into view, coming into focus for a second and then dissipating.

What Hayton really has in his sights is the nationalistic tone and pushiness of contemporary China, and it becomes clear that he is undertaking an act of deconstruction — an attempt to undermine and weaken a Frankenstein’s monster cooked up in the intellectual West but thriving in the alien environment of Asia. If we can undermine the foundations, his premise seems to be, then we have a shot at toppling the thing we see standing in all its problematic glory before us. We created this beast: we can bring it down.

This is not to say that Hayton doesn’t alight on interesting and striking phenomena. For the Han-dominated leadership of modern China, the uncomfortable fact is, as he discusses, that the great Qing era was ruled by Manchus, a different ethnic group. And his treatment of Beijing’s fulminating against “historical nihilism” in accounts that dwell too much on recent years (which could have taken up more space than the few pages allocated here) — as evidenced by recent attacks on foreign scholars who have shown how different the Manchu rulers were and how contested their rule throughout the 260 years plus of their dynasty —indicates something important and meaningful about how the party shapes history. The chapter on maritime territory is also successful and coherent.

But the nagging sensation remains that The Invention of China is guided by a fierce resistance to an inconvenient fact: that “China,” as the Middle Kingdom, has proved to be potent and enduring, and has ultimately transcended the boundaries of the Western-originated notions that provided some of the scaffolding for its original construction. Even if it is an invented notion, and even if Xi and his colleagues stand accused of manipulating and reinforcing it, the simple fact remains that they have chosen something that has deep appeal to the complex population that lives in the country today, and seems to speak to them in ways that go far beyond party propaganda.

How this notion arose and developed is an interesting question, and Hayton’s efforts to analyse it aren’t wasted. But the far more interesting question is why “China” as a spiritual, almost abstract entity — as a place with physical boundaries that also exists powerfully and convincingly as an emotional reality, while often defying neat characterisation — has proved so successful. It has emerged slowly, but overwhelmingly, as history has unfolded. Linked to cultural, historical, ethnographic, social and mythical factors, and despite all the energy invested by so many in wishing or explaining it away, it constitutes one of the most successful symbolic achievements of the modern world. Explain that! •

Who is being helped by the continuing pressure on Bernard Collaery and Witness K? 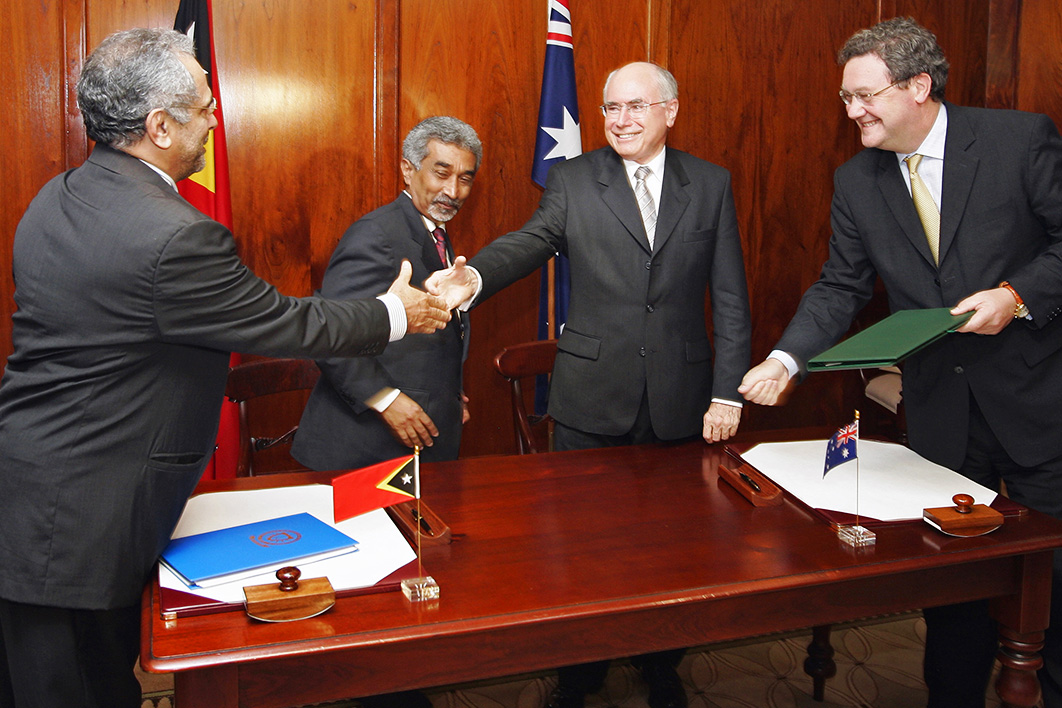