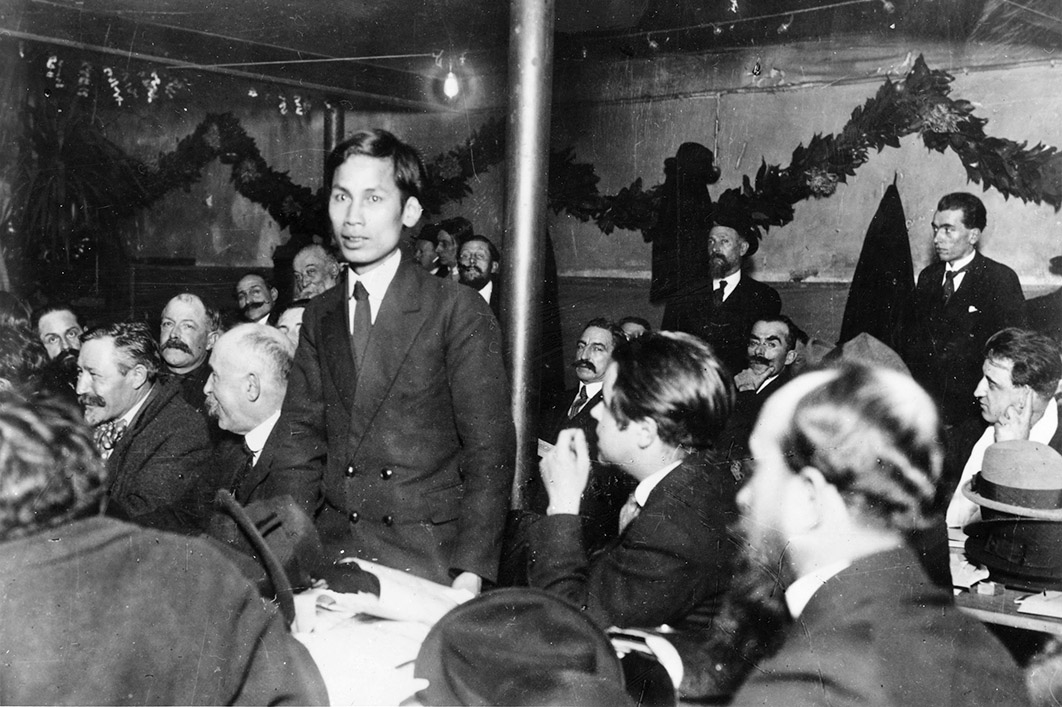 Every now and then comes a fat book of history written with literary grace that takes you on a long and enjoyable journey into a hidden world. Memorable examples include John Dower’s exploration of the occupation of Japan, Embracing Defeat, and the late Christopher Bayly’s over-modestly titled Empire and Information, which looked at how the British were blindsided by the 1857 sepoy mutiny (a missed lesson for 9/11).

Now comes this book by Tim Harper, a Cambridge historian who has also collaborated on books with Bayly. Underground Asia takes us down the burrows of resistance to the Asian empires of Britain, France and the Netherlands, and into the struggles over the carcass of the Chinese empire in the first three decades of the twentieth century.

In this earlier era of globalisation, revolutionaries made use of post, telegraph, steamship and loose border controls to advance their causes. As Harper writes, “Many of them — although not all of them and not all of the time — travelled as seamen, labourers, servants, entertainers, students and, most often, as exiles.” These revolutionaries — people like Vietnam’s Ho Chi Minh, China’s Zhou Enlai and Indonesia’s Ibrahim Tan Malaka — travelled light, often under false names, “with banned literature, illicit currency or encoded messages hidden in their luggage”:

They experienced a world of connections, but also a world upside down: the underbelly of the great port cities of empire where they found they were able more freely to organise and act.

The sites of their struggles were the waterfront, the lodging house, the coffee shop, the clandestine printing press in the back alley. They made these places centres of global awareness, and their experience of a secret underworld of empire helped shape a spectrum of radical ideas — about class and national identity, the position of women, the function of art and literature, the history of the future.

Some of them hid in plain sight. “If you want to hide revolutionary connections,” as the Comintern agent Mikhail Borodin remarked, “you had better travel first class.”

The strands of revolution and resistance were diverse. Some developed out of the anarchism portrayed in Joseph Conrad’s novels. “As a doctrine, anarchism was malleable to individual needs,” writes Harper. “[It] represented freedom from the state and feudal structures and a new moral purpose.” Less a system of thought than a “utopian horizon… it was not something passively received but elaborated on locally by men and women making sense of their alienation from the old order.”

Meiji Japan was an initial beacon, especially after its victory over Russia in 1904. “The remaking of the Japanese imperial order following the Meiji Restoration of 1868 exerted a fascination on restless minds across Asia,” Harper writes. “For Indian maharajahs, Malay sultans and Thai kings, Japan was a model for monarchical revival in the face of western encroachment. For critics of royal power, Japan was also an example of successful westernisation and liberal constitutional reform.” In 1896 just thirteen Chinese students were studying in Japan; by 1905 the figure was over 8000.

As soon as Kaiser Wilhelm II learnt of Russia’s mobilisation in July 1914, imperial Germany began trying to foment revolution in opposing empires. “Rapidly, German agents took advantage of the territory of neutral powers such as Spain, Siam, the United States and its colony in the Philippines to distribute calls to Muslims to resist the British and support the Ottoman Sultan and his ally ‘Hadji Guillaume.’”

The British countered with their Arab Bureau, run out of the Savoy Hotel in Cairo, whose tentacles reached across to Asia with the help of an expanding Intelligence Bureau in India and police special branches and MI5 posts in Singapore, Hong Kong and Shanghai’s foreign enclave. “All of this drew the British empire deeper into an unprecedented global counter-propaganda exercise as it asserted its claim to be the world’s largest Muslim power and a defender of the faith,” Harper says.

Imperial police struggled to comprehend the enemy. Some were obsessed with “those capable both of ‘visiting addresses at which Europeans rarely call’ and of haunting the exclusive cafes and luxury hotels that only whites could enter.” The conspiracies they unravelled “conjured up an ‘underside India’ of ‘every sort of half understood thing and people,’ dark with the threat of thuggee and steeped in ‘the pathos of underworlds.’ Into this bestiary of empire was now placed the bomb-parast, the ‘worshipper of bombs.’”

The contending conspiracies could baffle even the closest observers. In 1922, Britain’s new Bureau of Political Intelligence reported activity in Malaya “in various guises, whose objects are uncertain but yet give no cause for definite suspicion, and it is difficult to prevent the feeling that more is going on under the surface than we are actually aware of.”

The imperial powers responded with brutal power and increasingly efficient security services. Conspiracy trials in India sent dozens to the gallows or the harsh panopticon prison in the Andaman Islands. Unrest after the first world war saw police and soldiers fire on crowds in Tonkin and Shanghai. In Amritsar, Brigadier Reginald Dyer had his troops open fire on a peaceful gathering of Sikhs, killing at least 379 and wounding 1200. A little-known uprising by Muslims in South Malabar saw 2339 killed by British forces, the largest casualties since 1857.

In the meantime, Japan had lost its aura for the rest of Asia. It had its own bomb-throwing anarchists, dismayed by increasing “Prussianisation” and the power of the zaibatsu industrial oligarchs. And it, too, had succumbed to imperialism. Sun Yat-sen was expelled in 1907, and then used the Penang and Hong Kong underground to overthrow the Qing dynasty in 1911. Japan joined the victorious European powers in 1919 by taking over Germany’s footholds in China.

Now the beacon was Moscow, and rebels like Nguyen Ai Quoc, later known as Ho Chi Minh, began to gather in the Soviet capital. The anarchists turned Marxist. The first Chinese translation of the full Communist Manifesto, from Japanese, came out in August 1920. A few months earlier, the Partai Komunis Indonesia, or PKI, had been the first to take the communist name in Asia, followed in 1921 by the Chinese Communist Party, the latter initially orchestrated by Comintern agent Henk Sneevliet, a Dutch former trade unionist in Java. Borodin, in Canton, oversaw the creation of the Whampoa military academy, with Japanese-trained Chiang Kai-shek as commandant and Zhou Enlai as a political commissar.

But the communists were overconfident. The Indian communist M.N. Roy failed in his effort to use Tashkent as a launching pad for agents, as had Berlin’s wartime India Committee, even though his British opposition, the “Great Gamer” Colonel Frederick Marshman Bailey, had his cover blown: “the band at the most fashionable café would break off and play ‘Tipperary’ when he and his companions entered.”

When Chiang Kai-shek took his new army north against the warlords, leftists including Zhou Enlai made an ill-judged seizure of territory near Wuhan and were forced to a long retreat to the coast. The communists kept their heads up in Shanghai when Chiang took control of its Chinese areas, allowing his Kuomintang and associated triad gangsters to massacre some 4000 members and some 20,000 others. In Java, the PKI launched an uprising in November 1926, with the Dutch waiting to crush it.

By the late 1920s, the revolutionaries were quelled. Mao Zedong took China’s communists on two long marches to mountains in the northwest. The Kuomintang had expelled the Comintern. The imperial powers worried more about global economic depression and rising Japanese power. In India, the British were facing a more sophisticated challenge than bomb-throwers: from minds trained in London’s Inns of Court, following either Gandhi’s non-violence path or, as “constitutionalists,” taking up London’s promise of “dominion” status as a step forward, even while realising India would not be embraced by London to the extent that Canada, Australia, New Zealand and South Africa were.

Australia’s minor mentions in this book show us as willing assistants to imperial power in Asia. Sailors from HMAS Sydney helped Singapore police quell anti-Chinese protests in 1919. When prisoners escaped to Thursday Island from the Boven Digul prison camp in Dutch New Guinea, they were returned.

Eventually, of course, it was the Japanese strike into Southeast Asia that broke the imperial hold, though it imposed new forms of slavery. The British came to agree on Indian independence two years after a Japanese surrender. The French and Dutch tried to return, one power meeting its Dien Bien Phu, the other a growing international ostracism partly stirred up by the PKI prisoners it had transferred to Australia from Boven Digul in 1943.

The main strands of Harper’s story are fairly well known to readers of Asia’s national histories. His achievement is to draw them into a continuous narrative, kept alive by colourful vignettes of characters like the West Sumatran leftist Ibrahim Tan Malaka, summarily executed by an Indonesian army patrol in 1948, the Dutch communist Sneevliet, who perished in a Nazi camp, the women who took active roles in revolution, and the dozens sent to the Gulag or liquidated by Stalin.

It could look like a litany of failure, says Harper, but it helped break the imperial “hypnotism” of Asian populations. By carefully biding their time until opponents were exhausted by war, and by enlisting Soviet support, the revolutionaries did come to power in China, Vietnam and North Korea. Underground Asia is also a reminder of how subversive communities of thought were enabled across borders by the now-primitive communications of a century ago. What are social media and mass migration concealing today?

Later this year, the heirs of Mao Zedong and the small group that held its “first congress” in a Shanghai terrace house on 23 July 1921 will celebrate the Chinese Communist Party’s centenary. In 2018, when some Beijing students tried to apply Marxism and organise factory workers, they were arrested. Long after the revolutionary years, the descendants of Mao and his colleagues now rule a system locked into global capitalism. • 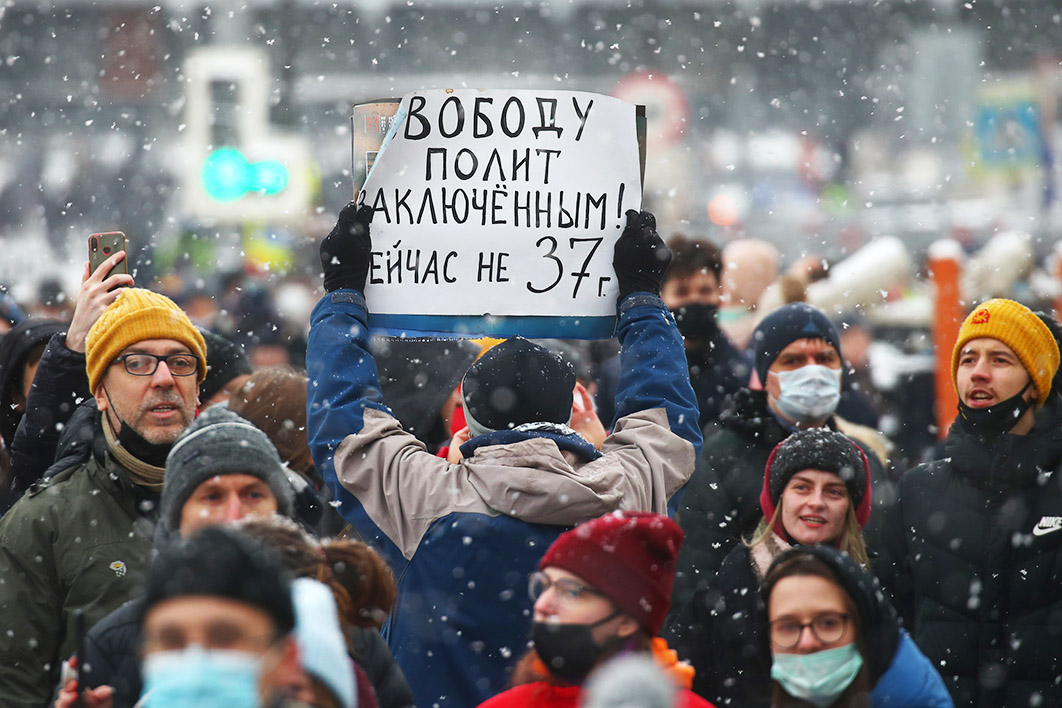