Books | Martha Nussbaum wants to take the anger out of public life. It’s a highly ambitious goal, and would it necessarily be desirable? 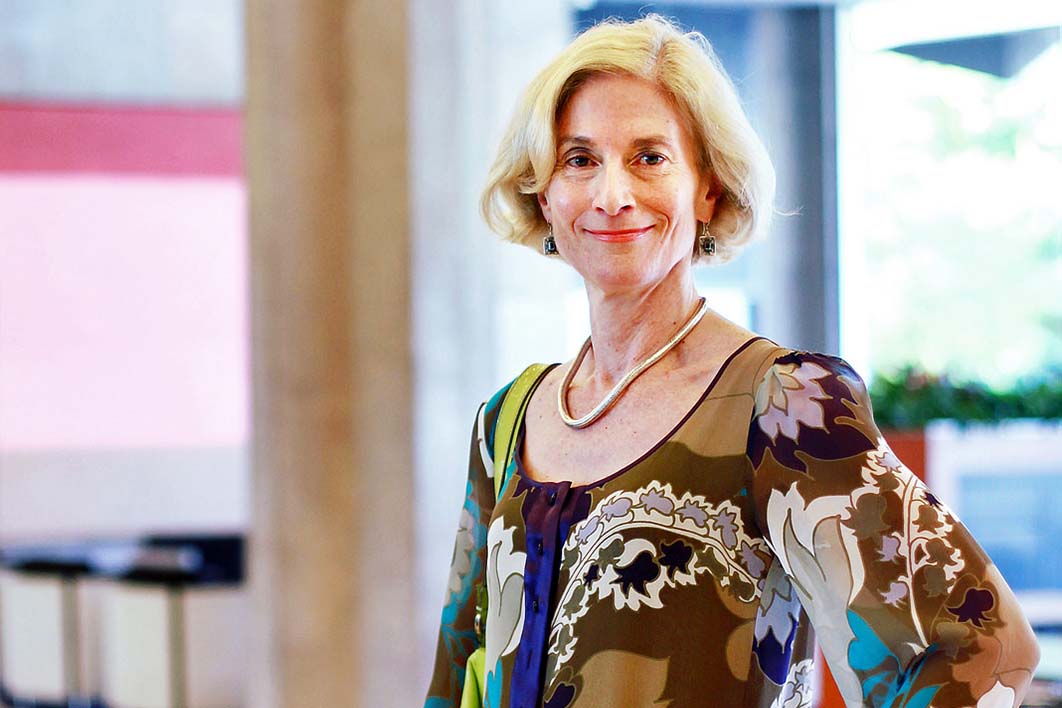 When an unarmed black teenager was shot and killed by a police officer in Ferguson, Missouri, protesters took to the streets, their anger fuelled not just by the incident but also by a history of black deaths at the hands of the police. It’s difficult to fault the sentiment behind such a reaction: most of us believe that people who are unjustly treated have a right to be angry. Anger is healthy and good, we think, when it motivates people to struggle against wrongs or to condemn bad actions. As those who objected to the sacking of the Whitlam government cried, “Maintain your rage!”

Martha Nussbaum wants to challenge these assumptions. As a philosopher who has written prolifically about the emotions, she thinks that anger is one we ought to avoid. We should also avoid rituals of accusation, apology and forgiveness, along with retributive punishment and other manifestations of vindictiveness and the desire to humiliate. Rather than looking back in anger, we ought to cultivate a forward-looking concern for others. Rather than revenging a wrong, we should try to do something about the conditions that cause wrongdoing.

Nussbaum uses the third part of Aeschylus’s Greek tragedy the Oresteia as her inspiration. In The Eumenides, the Furies transform from savage inflictors of angry revenge into upholders of the law in the city of Athens. She stresses that this conversion not only made punishment subject to law, but also transformed the backward-looking desire for payback into a forward-looking concern for the wellbeing of the city’s people.

Nussbaum presents her case against anger as a matter of common sense. As a motivator of action, she argues, anger has features that ought to worry any rational, moral person. Intrinsic to anger, she believes, is the desire for payback. But this reaction is irrational. The black teenager can’t be returned to life; Whitlam couldn’t be restored to office.

When anger motivates an attack on those who insult or demean us, it has a point. We can hurt or deter the people who fail to treat us in a manner we think we deserve. But the preoccupation with status that triggers this anger, says Nussbaum, is morally questionable. A person who has a proper understanding of what is important in life should not be troubled by such trivialities. She follows the Stoics in her approach to the slights that we experience in everyday life. We should avoid an angry response and train ourselves to rise above them.

But there is an important difference between resentment triggered by the failure of others to recognise your status in a social interaction and anger caused by the failure of others to treat you as an equal citizen or as a holder of human rights. The anger of the black citizens of Ferguson seems justified because they had good reason to think that they were not being properly respected as citizens.

Nussbaum allows that anger can sometimes serve a useful purpose. Anger at the way they are treated can alert people to the injustice of their society. Anger can express our opposition to wrongdoing. Nussbaum approves of what she calls “transition-anger” – the indignation of people in the face of an injustice. But she calls it transitional because she thinks that this indignation should quickly transform itself into a forward-looking determination to prevent future injustice, to improve the lives of those who have been harmed, and to achieve reconciliation with wrongdoers.

What form should this transition take? One obvious answer is that we should move from anger to forgiveness. But Nussbaum thinks that our conception of forgiveness is too much steeped in the confessional rituals of Christianity. To get forgiveness from God, we have to grovel – to confess our sins and accept our status as abject sinners. Offering our forgiveness to wrongdoers on condition of repentance, she thinks, can be just another means of humiliating them and affirming our superior status. Even unconditional forgiveness is suspect because it so easily functions as a way of demonstrating the forgiver’s superiority.

A proper transition overcomes the desire for payback and affirmation of status. What form it should take depends on the nature of the wrong and the relationship between wrongdoers and victims. Nussbaum thinks that the biblical story of the prodigal son provides a model for parental behaviour. Parents ought to respond with love to the wrongdoing of their children. The misdemeanours of a spouse or a friend are reason for grief. Anger caused by a betrayal of trust should quickly transform itself into a concentration on recovery, she thinks – saving the relationship if possible; if not, moving on without it.

Wrongs that really do require punishment should be turned over to the law, as in the story of the Eumenides. But Nussbaum takes issue with punishment as retribution, objecting even to the word “punishment.” The desire to give wrongdoers what they deserve is, in her view, just another manifestation of payback. Punishing criminals does not undo their crimes. As an expression of community anger, punishment is a morally dubious assertion of superiority to the “criminal classes.” Nussbaum favours a forward-looking utilitarian approach to punishment that concentrates on reforming criminals, deterring crime and, above all, implementing social programs that tackle crime’s causes.

Punishment can be cruel, humiliating and vindictive. But Nussbaum’s forward-looking focus loses touch with what most people regard as essential to a system of law: that people ought to be held accountable for what they do, and that victims, their families and other members of society are owed a response that answers to the wrong that was done. Punishment can’t undo a wrong, but it can demonstrate respect for individuals by acknowledging the harm done to them as victims of crimes and by holding wrongdoers responsible for their actions. Substituting general social ends for aconcern with what a perpetrator deserves does not give victims their due.

This does not mean that our criminal justice system is fine as it is. Nussbaum’s criticisms of the way we handle crime are mostly justified. She is right to point out that the desire to punish often gets in the way of tackling the social problems that encourage crime. She is also right to point out that imprisonment is not a good way of reforming criminals and to suggest that we should look for other ways of dealing with offenders – particularly juveniles.

By taming the Eumenides, according to Aeschylus’s play, revengeful anger was transformed into the dispassionate rule of law. An obvious objection to a transition from anger that depends on the rule of law is that it gives no help to those who are oppressed by the laws of their society. What else can they do but express their justified anger by hitting back at their oppressors? Nussbaum counters this objection by presenting three exemplars of transition-anger in the face of oppression.

Martin Luther King Jr began his famous “I Have a Dream” speech by referring to the injustices faced by blacks in American society – good reasons for anger. But he quickly went on to call for a struggle that would bring black and white Americans together to work for a society in which they could live in harmony as equal citizens. Nelson Mandela was willing not only to negotiate with whites but also to befriend them. The South African Truth and Reconciliation Commission was conducted in his spirit of amnesty; it emphasised truth-telling but didn’t inflict punishment or require that offenders apologise or show remorse in order to be forgiven. Gandhi’s practice of non-violent civil disobedience was an effective means of resisting oppression with compassion for oppressors rather than anger.

Nussbaum doesn’t suppose that non-violent resistance will always be effective. Self-defence is legitimate and sometimes violent acts are the only available means. But she thinks that King, Mandela and Gandhi did not just show that non-violence and acts aimed at reconciliation are sometimes effective. They also showed that it is possible to replace anger with compassion, sympathy and a desire for reconciliation – even in the face of oppression.

There is a lot of good sense in Nussbaum’s position. By turning away from the anger she must have felt towards the man who killed her child, Rosie Batty made her tragedy into a campaign against domestic violence. Angry responses to discrimination tend to create an angry backlash and exacerbate social divisions that make things worse for victims as well as other members of society. Martin Luther King Jr understood that. So do many of the people in the Black Lives Matter movement.

One of its leaders, Tory Russell, expressed a forward-looking perspective when he toured Australia last year. We need to “build a movement that encompasses not only economics but equality and equity inside the system,” he said, “and also be allowed to have some reconciliation around what happened in the past.”

But Nussbaum’s prescription is for those who have the means to transform their anger into a positive program of recovery from injury or a campaign to overcome injustice. People who have few opportunities for improving their lives, who are badly paid or unemployed, who suffer systematic discrimination or poverty, and who are ignored by politicians however they vote often have nothing but their anger as leverage to bring about change.

Those who want to eliminate anger as a force in their society need to deal with economic and political factors that trap people in desperate lives. Overcoming anger cannot be simply a project for individuals. Although Nussbaum doesn’t give this matter sufficient thought, her book as a whole is a timely challenge to those who think that anger is the appropriate reaction to law-breakers, terrorists and people who don’t share their political views. She convincingly argues that a better society and better politics depend on replacing anger with more constructive responses. • 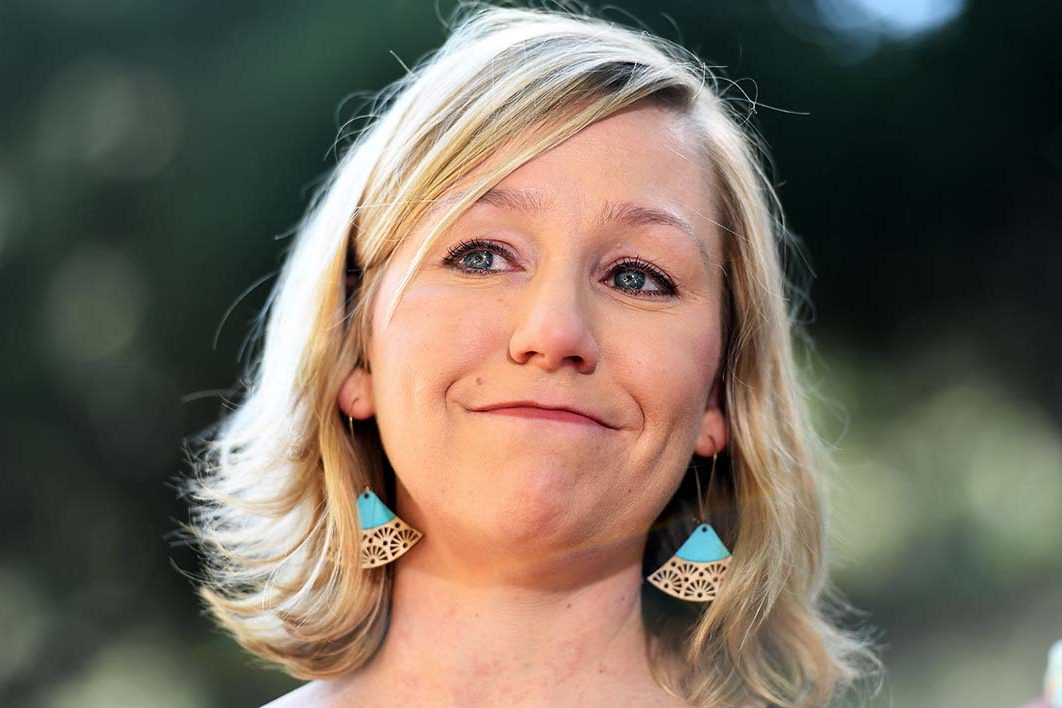