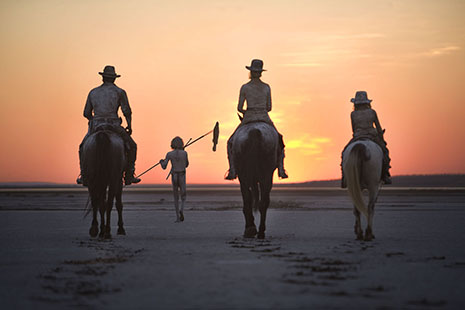 IN MANY WAYS, Baz Luhrmann’s Australia portrays a range of aspects of Aboriginal experience with surprising depth. As two historians based in the Australian Centre for Indigenous History at the Australian National University, we were buoyed by the way in which this mainstream, blockbuster epic could portray such a many-sided view of Aboriginal history. But we were somewhat disappointed by the initial public debates about it, which generally elided its complexities and rehashed familiar arguments about historical accuracy versus cinematic licence. We thought the film was worth a more penetrating look, and so have convened a conference in collaboration with the National Museum of Australia.

After its release in late 2008, critical responses to Australia tended to focus on the question of its historical accuracy or otherwise. Outrage at the film’s historical misrepresentation was the tenor of Germaine Greer’s lengthy response to Marcia Langton’s positive review of the film in the Age. Whereas Langton celebrated the film’s self-conscious national myth-making, arguing that it had “leaped over the ruins of the ‘history wars’ and given Australians a new past – a myth of national origin that is disturbing, thrilling, heartbreaking, hilarious and touching” and “an alternative history from the one John Howard and his followers constructed,” Greer criticised the film for romanticising both Aborigines and our northern frontier. She complained that Aboriginal people’s exploitation as workers in the pastoral industry was not properly portrayed. “The camera,” she wrote, “does not travel to where the Aboriginal workers would have lived with their extended families in a collection of humpies – shelters made of bark and branches – with no clean water, no sanitation and no electricity… The Aboriginal workers would not have been paid, but simply given poor-quality rations, because the station owner claimed the whole community as dependents.”

The debate between Greer and Langton over what the film did and did not do rested on their quite different views about how it should be interpreted and experienced, as well as the responsibilities of the filmmaker in engaging with aspects of Australian history. Greer was for faithfulness to the “facts” of historical experience, in all its gritty, dirty and exploitative realities. Her vision of Australian history was about the perennial struggle between landowners and workers, between capital and labour.

In response to Greer’s attack, Langton argued that the film was “a romance, not a documentary.” In Australia Langton saw something of “Luhrmann’s own artistic struggle with the prosaic facts of history,” and it’s an appreciation of the quest to engage with and respond not only to the nation’s past, but also with the “persistent concerns… about how it should be represented” that informs her critique.

It was in a similar spirit that we developed the program for the upcoming conference on the film. The enthusiastic response we received from scholars in the fields of history, cultural studies, literature, anthropology, Indigenous studies and film, in Australia and overseas, confirmed for us that there was still much to say about Australia and the many thorny issues it raises.

Not surprisingly, the issues that emerged in the Greer/Langton debate – portrayals of the stolen generations, the assimilation policy, the place of Aboriginal workers in Australia’s pastoral industry, and histories of racism on the northern frontier – are topics on which papers have been offered. But many take discussion of these issues in quite new directions, less concerned with the problem of historical accuracy and more occupied with their philosophical and political implications.

A recurring theme is the matter of national legitimacy and Aboriginal sovereignty. For instance, the anthropologist John Morton proposes that the film “be considered a lengthy meditation on the subject of legitimacy.” Providing a deeper analysis of the ways in which the film addresses the stolen generations through the character Nullah, Morton is interested in examining how Luhrmann “ties Nullah’s fate to questions of Aboriginal sovereignty through the boy’s relationship to his maternal grandfather, King George.” Similarly, Philip Morrissey notes that the “issue of sovereignty is never addressed and Lady Sarah Ashley’s tenure of Faraway Downs is unproblematised.” At the same time, Morrissey critiques the way in which Luhrmann seeks to “resolve the ‘half-caste’ problem” in the film. He ties the film’s attempt at resolution to continuing “liberal conceptions of Aboriginality” in which “half-castes” are seen as people “without a caste.”

Other papers explore violence on the Australian frontier. In what promises to be a provocative reading, John Docker draws parallels between the recently re-released Australian classic Wake in Fright and Australia. He argues that both films use either actual or averted massacres of animals (kangaroos in one, cattle in the other) as a screen for the colonial violence that haunts our nation’s past. In Australia this scene is “a surrogate wish fulfilment that the long history of massacres of Indigenous peoples, often at the edge of cliffs, did not (have to) happen.”

Docker is not alone is asking whether the film is essentially a story of national redemption as well as utopian imagining. The scholars presenting at the conference share some concern about what they see as Australia ’s liberal progressive myth in which it arguably ascribes to people in the past a contemporary (read: supposedly enlightened) understanding of race relations and the colonial administration of Aboriginal people. Legal historian Ann Genovese argues that Australia “intends for the audience to consider or rethink the policy of child removal as one in which alternative endings were possible, in which white agency could be redeemed.” This raises a troubling question about the ways the audience responds to the film’s stolen generations narrative. We might respond empathetically in the dark of the cinema, but in the cold light of day we do not necessarily come to terms with still unresolved matters of moral responsibility or appropriate legal redress. Luhrmann celebrates the national apology at the close of the film as though that marks a new era but, as Larissa Behrendt recently pointed out, the apology was ultimately hollow because it failed to include any provision for compensation.

A conference on this film, which is still not much more than a year old, allows us to grapple and tussle with the complex issues that Luhrmann explored in his commendably ambitious, if somewhat unwieldy, multi-layered epic called Australia . •

A miracle of politics and science

As the world talks about climate change, the Antarctic Treaty shows how politics and science can work together with enduring results, writes Tom Griffiths 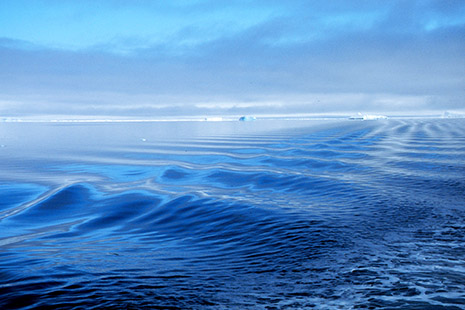