Female politicians are no longer rare, and the prospect of a female PM nowhere near as challenging. What seems to matter is how they get there 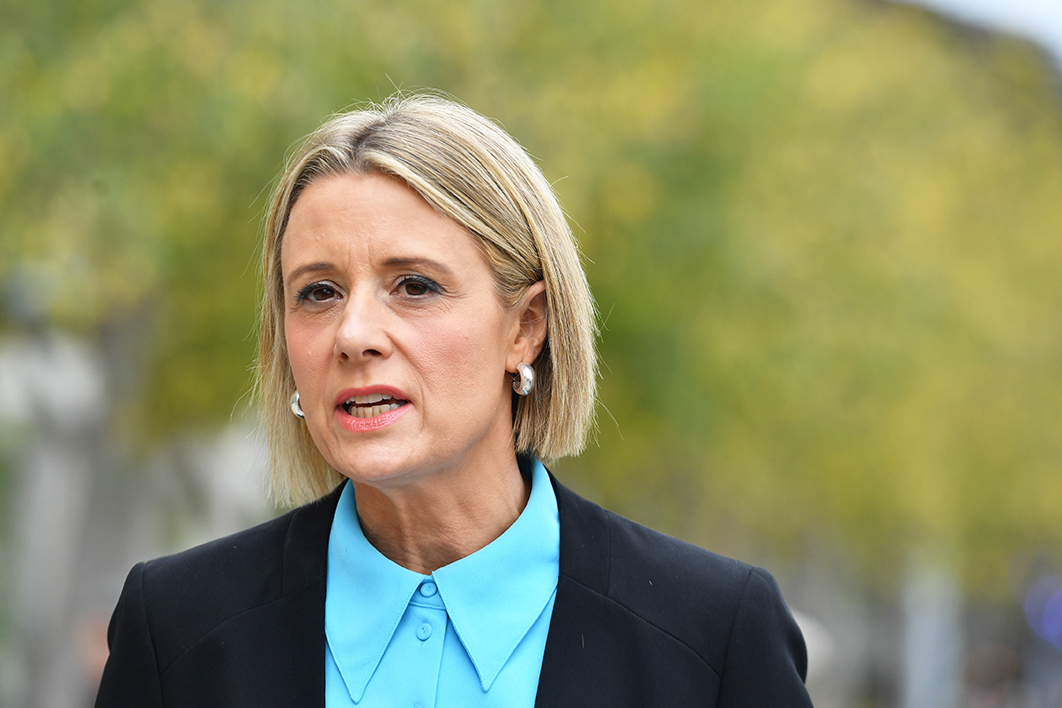 Eleven years ago, in November 2010, an American-born writer (me) wrote a piece for Inside Story about an American-born politician. Kristina Keneally was premier of New South Wales in those days, and had been for just under a year, but her government was facing what proved to be a decisive defeat in the 2011 election. No one believed Labor would be returned, but the hope was that a personable, competent woman would soften the blow.

I opened the piece with Lewis Carroll’s Alice being chased by the jealous Queen of Hearts — “Off with her head,” the queen cried — and observed that Alice was spared “only through the king’s kindness.” But that was Wonderland, and there’s never been much kindness in NSW party politics. Long before Keneally became premier, Labor’s stocks had fallen so low that her predecessors had decamped or been decapitated.

Bob Carr, premier from 1995 to 2005, resigned just as the electorate’s patience was wearing thin. Morris Iemma, his successor, won the 2007 election by promising a halt to the privatisation of the electricity grid, but resigned the following year after losing the support of his colleagues. Then came Nathan Rees, who lasted just fifteen months. Not only had he come from the party’s left faction, but he’d also wasted no time in sacking some of the most unpopular ministers, all of whom hailed from the right.

Then came Keneally, for whom the right’s support had been crucial. She had entered parliament in 2003, taking the seat of Heffron after defeating the incumbent Deirdre Grusovin for preselection. Ministerial portfolios followed: ageing, disability services and then, with the resignation of Frank Sartor, planning. She had been a year in that portfolio when the powerbrokers backed her for the premiership.

Here it is salutary to remember that there are two different ways of looking at what happened. I’ve outlined the first above — the infamous revolving-door leadership, soon to contaminate the federal party. Then there was the poisoned chalice view, whereby a woman was handed the ship of state just as it was sinking fast. As I wrote in 2010, “When the party chose Keneally for premier no one believed that it was anything but a desperate bid to shore up the government’s sinking fortunes. After all, it wasn’t the first time a woman had been given the leadership of a seemingly doomed government.”

The pattern had been set in 1990, when Carmen Lawrence was handed the Western Australian premiership in the wake of the “WA Inc” scandals. Next came Joan Kirner in Victoria, where manufacturing was shrinking, unemployment was high, and the state’s deficit had ballooned. “After a year of Kirner’s leadership,” I wrote, “during which she was subjected to some of the most vitriolic abuse ever dished out to a female politician, voters elected Jeff Kennett.” Yet this would prove nothing next to the hatred churned up for Julia Gillard.

Fast-forward to 10 September 2021. With Covid cases rising despite a seemingly unending series of lockdowns, and with voters increasingly exasperated by the Morrison government’s failures in quarantining, vaccinating the vulnerable and overall vaccine supply, Labor announced that Keneally, deputy opposition leader in the Senate, would be its candidate in the federal seat of Fowler. The decision, though in line with Keneally’s own ambitions, was a neat solution brokered by Labor factions in readiness for the coming federal election, whenever Scott Morrison finds it in his interest to call one.

Coincidentally, that very night I logged onto SBS on Demand to watch Strong Female Lead, a documentary about Julia Gillard’s treatment as prime minister. It’s hard to imagine anyone not being shocked in retrospect at what Gillard endured. The incidents accumulated, one gross misogynistic slur after another. I had written about Julia Gillard too, and as I sat watching I felt more than a twinge of sorrow that, my feminism notwithstanding, I hadn’t been entirely sympathetic with our first and, to date, only female prime minister. Only since she left politics have I come to appreciate just how good a leader she was.

The concentrated display of what Gillard was up against, from the Ditch the Witch/Bitch banners, Larry Pickering’s pornographic cartooning, Alan Jones’s slanderous vituperations to her passionate misogyny speech and more, left me, like many others, reeling. Even at the time, the ABC’s juvenile At Home with Julia left an awful taste in my mouth, and it was far from pleasant to be reminded of it. Nor did any of her attackers, least of all the opposition leader, stop to consider what they were doing to the office of prime minister itself, let alone to the Australian body politic.

Most tellingly, of all those interviewed, it was Cheryl Kernot who got to what I believe was the crux of the matter. For what did Gillard’s choice in taking the leadership from Rudd actually entail? Kernot posed the fundamental question: is it politic, when the moment arrives, for a woman to be “willing to take the risk and step up to the challenge,” as men in politics repeatedly do.

So, to Keneally. My interest in writing about her back in 2010 sprang from the fact that, like me, she was born an American, and yet this didn’t seem to pose a problem as it might have once. That said, my experience was substantially different, as was the Australia of 1958, the year of my migration. By the time Keneally was naturalised in 2000, Australia’s population had nearly doubled and its ethnic composition had changed enormously, with a quarter of Australians having at least one parent born overseas. Australians had also seemed to become — to this Yankee expatriate anyway — more comfortable with ever-increasing American inroads into what was once a largely British-oriented culture.

Moreover, in the forty-two years between my arrival and Keneally’s, the status of women in this country had improved considerably, in no small measure due to two Labor governments. Not without a struggle, the women in the party had succeeded in carving out a significant space for women. Outside the party, though, the gains of previous years had stalled with the Howard government — services were cut back, and the effective marginal tax rate on married women in employment went as high as 90 per cent as the cost of childcare rose. This, combined with the attractive family tax benefit B, acted as a significant disincentive for women’s participation in the workforce.

At the same time, though, increasing numbers of women were tertiary-educated, and expected to have careers. If it still had its difficulties, a woman entering politics when Keneally did in 2003 wasn’t considered extraordinary.

Eighteen years later, times have changed again. The announcement that Keneally has been shoe-horned into Fowler has triggered an avalanche of responses. Those objecting point to the seat’s predominantly multicultural composition and the rejection of talented Vietnamese-Australian candidate Tu Le, who has longstanding links to the community. For many, Keneally’s move into the seat is both a cynical attempt on her part to further her ambition and yet another instance of party officialdom’s high-handed treatment of local branches. At bottom lies the belief that not only should a parliamentarian fight for issues important to her electorate, but that a member who represents an electorate’s particular demography is ipso facto best qualified to do so.

The decision’s defenders argue that a high-flyer like Keneally offers the seat its best chance for due consideration where it counts — in cabinet. Keneally’s supporters include figures like Paul Keating and, unsurprisingly, Anthony Albanese, who are thinking of the unwelcome prospect of losing her talents had she been forced to take the party’s risky third Senate ballot position. They’re looking to the party’s chances of victory, not to mention their government’s pool of talent should they happen to win.

Whatever else you can say about it, another controversy over Labor’s inner workings is a retrograde step for the party, feeding into misgivings about the factional machinations and backroom deals of quasi-mythical “faceless men.” None of which is at all peculiar to one side of politics, though with Labor it somehow sticks, taking oxygen away from the endlessly egregious performances of the Coalition government. It’s certainly put Labor on the defensive; hence Albanese’s laughable contention that white, English-speaking American-born Keneally is just another successful migrant.

As for me, after reading all the commentary, I’ve come to conclude that something important has gone missing from the debate. It has to do with those revolving doors and poisoned chalices mentioned earlier. Both are part of the same package; both bedevilled the reigns of successive female leaders, most spectacularly Keneally’s and Gillard’s. Female premiers are no longer the oddities they once were, nor is the prospect of a female prime minister anywhere near as challenging. What matters most, it seems, is the manner of their ascendancy. To paraphrase Cheryl Kernot’s remark, does one seize the opportunity as it presents itself, or bide one’s time until circumstances are more favourable?

It’s true that men in the past have got away with circumventing the rules in ways that women seem not to be permitted, perhaps because it was men who invented them in the first place. But it’s looking like the practice has gone on too long, like the end result of years of “whatever it takes” is a deep deficit of distrust within the electorate. At the federal level at least, not many have heard the alarm bells. Yet, apart from and above specific considerations of gender or diversity, this diminishing trust poses a genuine threat to democracy, and the more people are alienated from the political process, the greater that threat becomes. We see it happening in the United States, and signs of it here.

If I were Tu Le, I might heed Albanese’s assurance that her time will come, and that one way or another the party will repay her for waiting. It’s the normal progression of a rising star’s political career. But that approach overlooks the profound disillusionment among voters, and the cynicism that has come to shape the electorate’s view of politics and the character of its active participants. It’s not Tu Le’s career I’m worried about, though I’m pretty sure she would make an excellent candidate and contribute to the ethnic diversity sorely needed in our parliament.

What I have been worrying about is what’s been happening in my adopted country, and I’ve been wondering if Keneally could have done something about it, something that would have taken courage, something that might have made a difference. Supposing that, instead of following the script and slotting herself into Fowler, she’d decided to run in a riskier seat. Given her talent and political skills, she would have had a chance of taking an extra seat for the party, and more importantly, made a statement about how democracy should proceed.

It’s true it might have been a risk. She lost when she ran in Bennelong, and she might have lost again. She’d be unlikely, though, to stay in the wilderness forever. Because principles matter, courage matters, and we have to believe that people do respond to them — if they’re given the chance. •

The coming boom in inherited wealth

Are we creating a society Jane Austen might recognise? 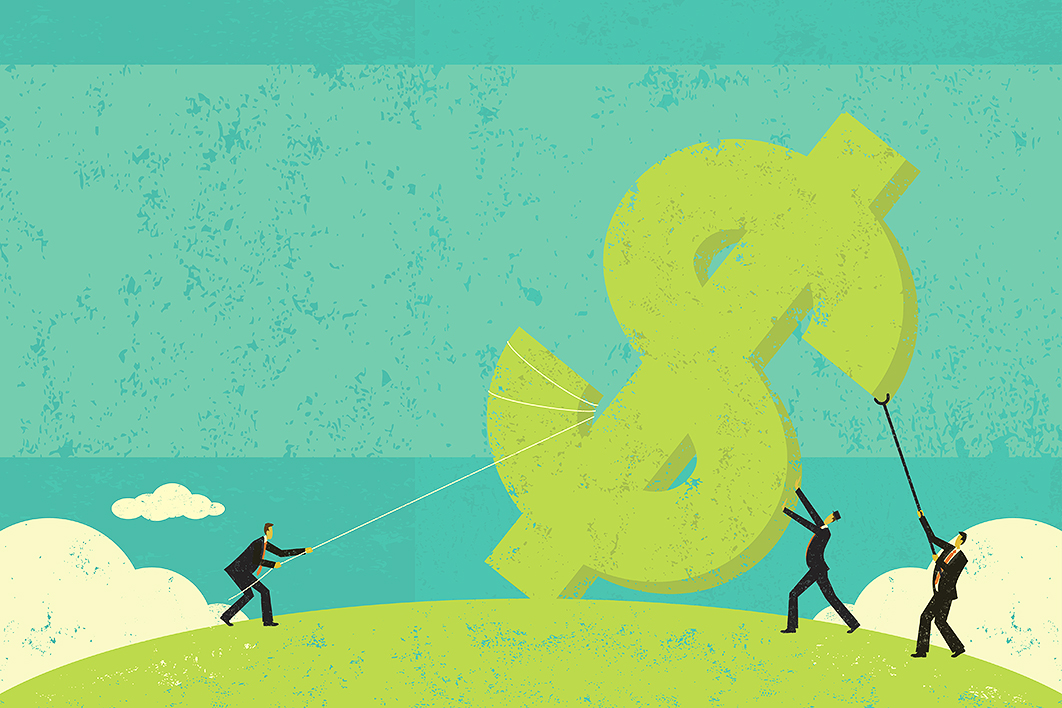