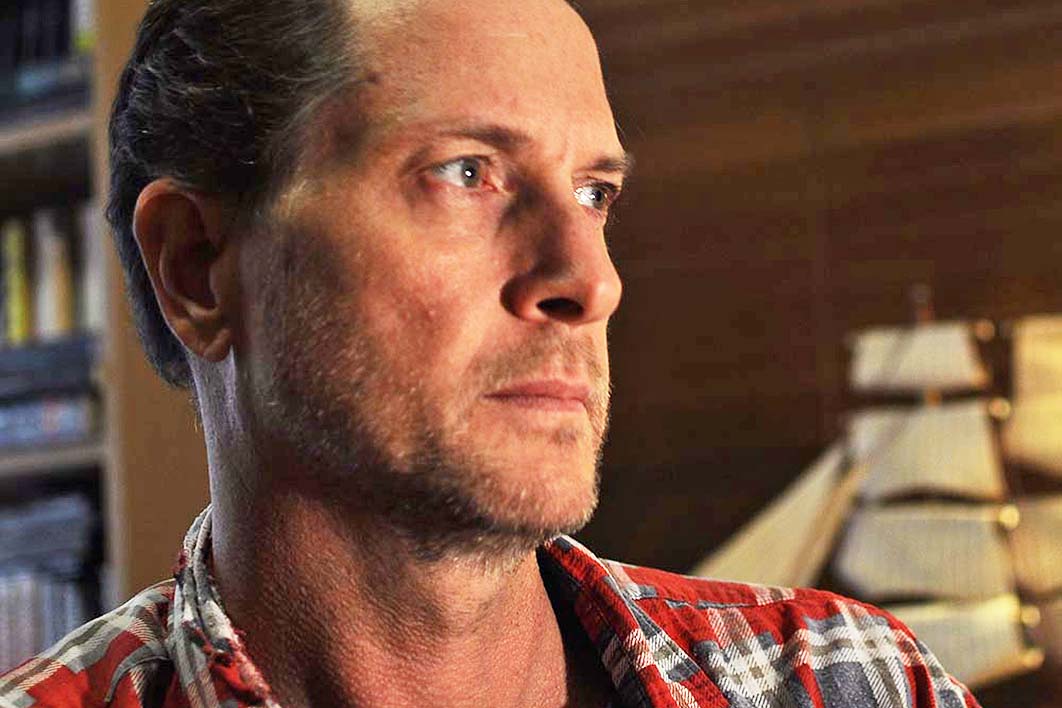 Andrew McGahan completed The Rich Man’s House before those shocking photographs of mountaineers queueing to reach the summit of Mount Everest appeared, and he died before he could see television footage of the crowd lining up for a last chance to climb Uluru. His last novel kept reminding me of those images — of humans overwhelming a natural wonder by sheer weight of numbers, stripping it of any significance other than as a challenge to the human desire to make the Earth submit.

McGahan was a phenomenon in the literary world, a young “dirty realist” of the 1990s with Praise, his Vogel prize-winning novel about a drug-fuelled love affair in seedy Brisbane. Its prequel, 1988, was a hilarious parody of Kerouac-style road-trip novels that had tough things to say about white Australian history. There was a play, too, called Bait, about the efforts of Gordon, the protagonist of Praise and 1988, to conform to a public service job, and also the screenplay for an engaging film version of Praise. McGahan’s novels were both entertaining and serious, and many readers waited with anticipation for what he would do once he had worked through this autobiographical material.

He admitted to baulking at the next step in a literary career, publicly wondering whether he had anything more to say. He tried his hand at crime fiction with Last Drinks, a novel about corruption in Queensland before the Fitzgerald inquiry. Then, in Underground, he imagined an alternative Australia led by an uncharismatic dictator working with international leaders to keep Canberra closed off from the rest of the nation. That novel expressed McGahan’s fury at the Howard government, but re-reading it in the time of Trump, as controls on immigrants and information become even tighter, gives it an even sharper edge. McGahan always understood that the ordinariness of Australia might hide nasty and dangerous possibilities, the pose of “nothing to see here” encouraging a laziness among us when we ought to be galvanised by outrage.

Those novels played with popular genres while insisting that corruption never ends, that politicians always need to be held to account, that secrecy is always dangerous. In The White Earth McGahan moved to the pastoral saga, dealing with Queensland’s brutal race history in the light of the Mabo decision. It won the Miles Franklin award in 2005, as well as several other major prizes, though in some ways it is the least engaging of his novels, without his customary satiric edge. For once, as the novel’s perspectives alternated between a boy trying to understand the hidden history of the Darling Downs and his conniving great-uncle clinging to his tenuous ownership in defiance of the Mabo decision, there was no central figure to express McGahan’s cynical, world-weary view of human folly.

In Wonders of a Godless World McGahan turned to yet another genre. The protagonist of this fantastic journey into a fabled world learns about the power of nature through a series of out-of-body experiences. Like the boy in The White Earth, the Orphan, a girl, is an innocent open to every impression, willing to follow the Foreigner, who shows her a series of natural catastrophes. He explains that these are not part of a cycle of regeneration but merely the result of physical systems: “Life doesn’t matter to the earth.” With magnificent descriptions of the physics of nature — volcanic eruptions, earthquakes, storms, floods, noxious gases and, finally, the looming destruction of life by a comet — the novel shows McGahan in philosophical mode, contemplating the insignificance of human life in the face of the physical forces around us. A work of both imaginative force and scientific logic, the novel won the Aurealis award for science fiction. During that period, McGahan had also taken up young adult fiction, publishing four novels in his Ship Kings fantasy seafaring series.

Some of the preoccupations evident in those earlier novels come together in McGahan’s final novel. The Rich Man’s House begins with a clever pastiche of historical writing, describing the early discovery of the Wheel, a mountain situated on an island a few hundred kilometres south of Tasmania. Almost three times the height of Everest, it becomes the site of a series of mostly fatal attempts on its summit. Only one man ever reaches its pinnacle, known as the Hand of God, and this is a fabulously wealthy American, Walter Richman, who has built a palace on a mountain on a nearby island so he can observe the Wheel in its changing moods.

The reader’s perspective comes through Rita Gausse, the estranged daughter of the palace’s recently deceased architect, who is enticed to join Richman and his entourage there. She is one of McGahan’s cynical and wayward but fundamentally decent observers, appalled by the extravagance of her father’s vision. She has witnessed nature’s revenge on some of her father’s other buildings and appears to have been invited out of superstition. With Rita we explore this extraordinary place, built in defiance of nature, a monument to human arrogance and the power of money. McGahan clearly enjoys inventing its luxurious rooms and tunnels, a kind of exaggerated version of the building projects on reality television by which rich people, driven by willpower and wealth, create homes filled with unnecessary luxury.

An earthquake wreaks havoc on this Tower of Babel, gradually cutting it off from contact with the world below. The novel follows the conventions of a thriller as Rita struggles to survive and comes to understand Richman’s motivations. Yet it also maintains a biblical dimension, with Richman confidently ensconced in his eyrie, in defiance if not of God then of the powerful natural world. The godless, uncaring world of McGahan’s earlier novel makes way here for the possibility that the Earth may actively seek revenge. He intercuts the narrative with newspaper reports and commentaries that give a background to events, and he vividly describes the geological fabric of the mountain and its meteorological effects. The almost playful conclusion presents reports on the 2075 anniversary climb and tells us more than we might need to know about Richman’s fate.

It is impossible to read The Rich Man’s House without an awareness of its author’s death. McGahan inserts an author’s note cheerfully advising the reader that the book might have been closer to perfect if he hadn’t been forced to rush publication in the face of his “abrupt decline in health.” In this light, the novel’s calm contemplation of death might be read as evidence of McGahan’s equanimity about his own demise and his willingness to face up to the insignificance of individual life. Its satiric elements, though, suggest that he managed to maintain a bemused anger at the way power and money dominate our society. Like all McGahan’s writing, while it is a call to recognise the folly of natural destruction, it resists pomposity.

We’ve lost a rare Australian voice — a talented writer with a strong ethical sense who never took himself too seriously. The Rich Man’s House is thoroughly entertaining, cleverly written and driven by an ethical conception. With Wonders of a Godless World it joins the many recent fictions that speculate about the future of a planet at the mercy of humans heedless of the consequences of their urge to conquer it. • 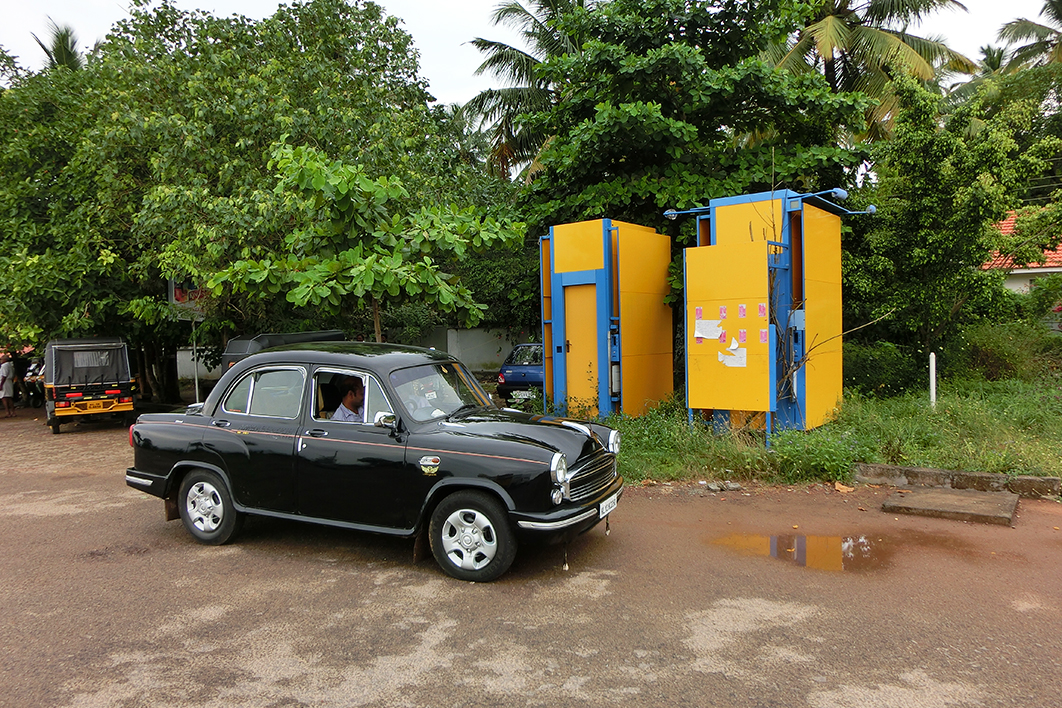