Once a key player in Rupert Murdoch’s Australian empire, Ken Cowley ended up on the outer 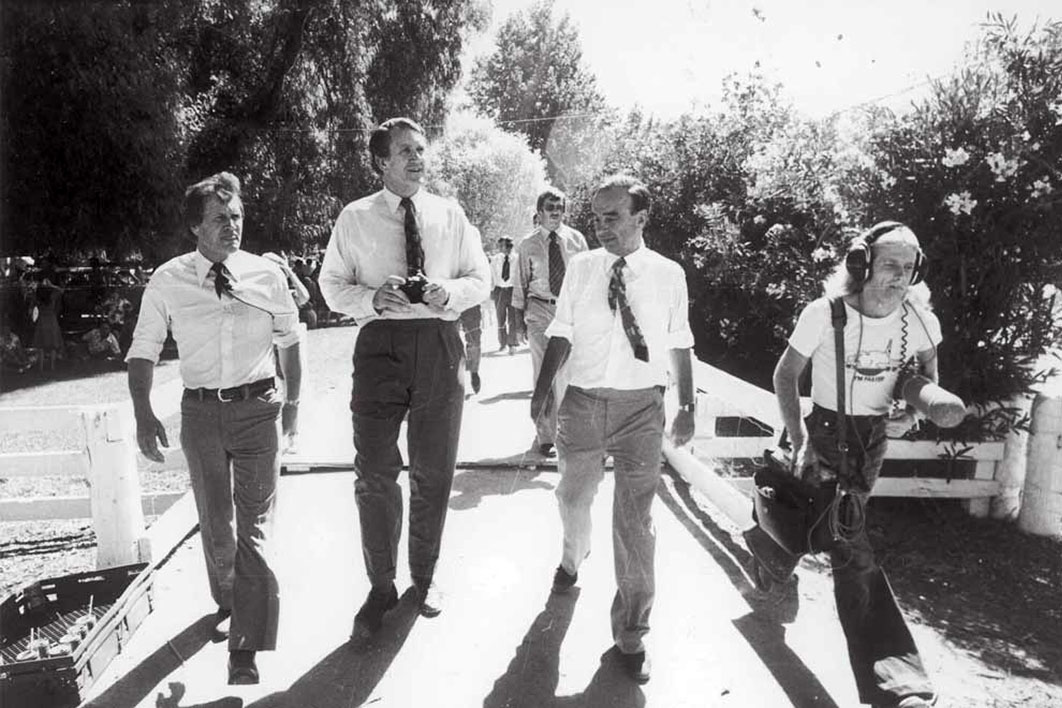 Apart from Rupert himself, Ken Cowley, who has died at eighty-seven, played the key role in building the Murdoch empire in Australia. He was the media proprietor’s senior lieutenant for more than thirty years, including a seventeen-year period from 1980 as the company’s Australian chief executive, and later as a board member.

At one stage in the early 1990s Murdoch even considered selling News Limited Australia to Cowley. A few years earlier, with the blessing of prime minister Bob Hawke and treasurer Paul Keating, News had acquired the Herald and Weekly Times, expanding his newspapers’ reach to around two-thirds of daily metropolitan circulation.

Now he wanted to be allowed to take over the major remaining proprietor, Fairfax, by creating the fiction that a Crowley-owned News Limited would be an independent, vigorous competitor. Even prime minister Paul Keating couldn’t countenance a ruse so transparently designed to feed Murdoch’s endless appetite for expansion. That Murdoch thought the government might agree to the arrangement is revealing in itself.

Cowley’s death brought a series of tributes. Murdoch described him as “one of Australia’s most outstanding executives,” and Lachlan Murdoch was equally generous: “I will always deeply appreciate his mostly calm and always sage advice to me while I was learning the ropes under him thirty years ago.”

Lachlan was clearly not referring to one legendary incident. When he arrived for work after Christmas one year sporting a Mohawk, Cowley sent him home to get a more respectable haircut. Four months later the twenty-five-year-old replaced Cowley as Australian chief executive. As the great Murdoch-watcher Neil Chenoweth reported in his biography of Murdoch, insiders joked that Cowley had “ruffled the hair apparent.”

Murdoch senior staged a mammoth farewell on Hayman Island for Cowley, with almost 300 guests. He was appointed to the News board and given other work by Murdoch, including a stint as chairman of the ill-fated Ansett airline, which News part-owned. Although Cowley was still well within the Murdoch fold, the decision to move him on was almost certainly prompted by the disastrous fate of Super League, a failed News Limited attempt to establish a rival rugby league competition in Australia.

The Nine network, part of the rival Packer empire, had a grip on the lucrative free-to-air TV rights for rugby league extending almost a decade into the future. Packer was aligned with Optus, meanwhile, and Murdoch with Telstra in a struggle to establish a viable presence in the infant pay TV market. Both were keen to buy major sporting rights to attract new customers, and to do that they needed to form alliances with the free-to-air networks that held the broadcast rights for the major sports.

Seeing the road blocked by existing contracts, and seeking to exploit discontent among rugby league clubs, News set out to start its own competition. With great secrecy, using large sign-on fees and the prospect of much higher pay, Cowley, Lachlan and their team signed up many players and coaches.

Bad blood and legal challenges were inevitable. In court in early 1996, Packer won the first round on nearly every count. Justice James Burchett found that Murdoch and his executives “were using the financial power of News Limited to corrupt targeted individuals.” But then, with a nice symmetry, the appeal judges found overwhelmingly in favour of Murdoch, upholding his appeal on sixty of sixty-one points. He had won the legal battle but was destined to lose the war.

When two rival leagues took to the field in 1997, the crowds and the TV audiences were small and excitement lacking. Financial reality forced Murdoch to negotiate a deal with Packer: Nine would retain free-to-air rights and the two media groups would found a single competition. At least as expensively for Murdoch, Packer was given the right to buy half of News’s stake in Foxtel at cost price — an important step in the emergence of an Australian pay TV monopoly.

By the time of its surrender, News had lost around $550 million, according to Chenoweth’s estimate, not to mention the continuing cost of having Packer share Foxtel. This failure, probably Murdoch’s worst in Australia, was a result of News’s belief that its financial strength could overwhelm competitors and sweep away existing agreements.

In its usual manner, News Limited had made enemies along the way. Australian Rugby League’s John Quayle thought “the propaganda [their papers] churned out against us day after day was unparalleled in its bias and its disregard for truth and reality.”

Key figures in the company had also expanded their lists of enemies. When one of the most historically important clubs, the South Sydney Rabbitohs, was excluded from the new league, its supporters rebelled. The club staged a march of 80,000 fans, the biggest gathering in Sydney since the end of the Vietnam war, which Murdoch’s Daily Telegraph reported on page sixty-five.

After his departure as Australian head of News, Cowley dropped out of the media spotlight, only to dramatically reappear in 2014 in the pages of Fairfax’s Australian Financial Review.

Journalist Anne Hyland had contacted Cowley about the collapse of what had purported to be the world’s largest carbon farm. Cowley was chair of the major shareholder in the scheme, R.M. Williams Agricultural Holdings, which also faced bankruptcy. The interview, taped by Hyland, was to be on the record.

After talking about the problems at R.M. Williams, Hyland says that Cowley, unprompted, gave his views on several other subjects. One of those subjects led to her main story, on Saturday 31 May, under the headline “Elisabeth Should Be Running Murdoch Empire, Says Cowley.”

Lachlan’s sister Elisabeth is the smartest of Rupert’s offspring, Cowley said, and should succeed Rupert. “Both James and Elisabeth are much smarter than [Lachlan] is,” according to Cowley. “I like Lachlan. He’s a nice man, but he’s not a great businessman. He’s not a big and good decision-maker.”

There was more: “The problem is now Rupert doesn’t have many people around him [who] tell him the things he doesn’t want to hear” — an implicit criticism of the recent replacement of Kim Williams as Australian chief executive with Julian Clark. Cowley also described the Australian as “pathetic.”

Cowley’s retreat and News Corp’s retribution were immediate. On the day after Hyland’s article appeared Cowley said he had been misled and misquoted. He denied calling the Australian pathetic and declared it to be the best newspaper in the country. Another day later, a front-page article by the Australian’s media editor, Sharri Markson, began by saying Cowley was seeking legal advice. He had told her he didn’t recall making some of the reported comments and that others had been taken out of context.

Rupert and Lachlan both refused to comment, but others in their camp were happy to leap into the breach. The most strident was former News Limited chief executive John Hartigan, who concluded by saying, “I’m sure my many former colleagues share with me in offering sympathy to someone so gripped by delusion.”

Cowley’s humiliation was not yet complete. Inside the same edition of the Australian an “exclusive” by media reporter Darren Davidson revealed that Cowley had asked the Murdochs for money for his struggling venture and that Lachlan had said no. Davidson also noted that Hyland had omitted Cowley’s role as the “architect of News’s disastrous attempt to create a rugby super league in the 1990s, a mess Mr [Lachlan] Murdoch cleared up.”

This corporate history is a little too neat. Lachlan was not the driver of Super League, but he was present at nearly all the key meetings, and Cowley would never have pursued the plan without first getting Rupert’s blessing. But the reaction to Hyland’s article had served as a stern lesson for any other employee thinking of publicly questioning Rupert’s wisdom or Lachlan’s ability.

Six weeks later, the Australian celebrated its fiftieth anniversary with a gala dinner. Apart from Rupert himself, Cowley was the person most involved in getting that venture off the ground. Despite reportedly receiving an invitation, he was absent. •

Rodney Tiffen is Emeritus Professor of Politics at the University of Sydney. His books include Rupert Murdoch: A Reassessment (NewSouth, 2014).