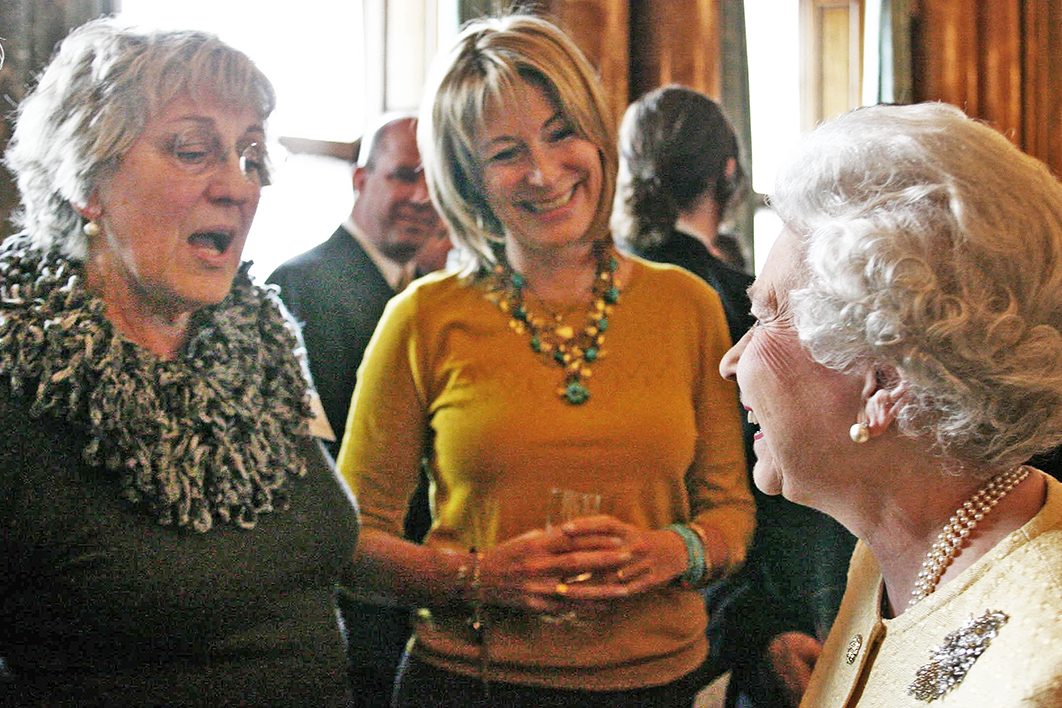 “Bugger me if I know why I’m famous”: Germaine Greer (left) entertaining the Queen and gallery owner Rebecca Hossack during a reception for “prominent Australians” at Buckingham Palace in February 2006. Chris Young/PA Images via Getty Images

In 2013 Germaine Greer sold her personal archive — over eighty linear metres of boxed correspondence, notebooks, diaries and background material for her books — to the University of Melbourne. Such an abundance of material looks like an invitation to scholars to research her life and times, and I hear that several others are likely to follow this new biography by Elizabeth Kleinhenz. Yet Greer has discouraged biographers, refusing to speak to them and mounting attacks on those, like Christine Wallace, Richard Neville and David Plante, who went ahead and wrote about her anyway. So the sheer volume of the archive may well be intended as obstacle rather than encouragement.

Of course, as Kleinhenz comments, Greer has written enough about herself to provide public sources for much of her life. She has revealed all kinds of intimate information about her relationships with other people, and many of those people have put their own impressions on record. So the archive need serve only as a source of context and additional evidence. Kleinhenz mainly uses it to cite correspondence from the hundreds of people, mostly women, responding mainly positively to Greer’s books and public appearances.

This is the evidence of Greer’s importance to ordinary people, and Kleinhenz presents herself as one of their number, influenced by The Female Eunuch to seek her own form of liberation. She has sought out some of Greer’s school contemporaries and even some of the nuns who taught her at Star of the Sea, to emphasise their pride and admiration for their old friend and pupil.

About halfway through her book, to dramatise the point, she introduces an imagined contemporary of Greer’s, “Cheryl Davis,” whose parallel life through Australian marriage and suburban life to education, divorce and career independence might be said to have benefited from Greer’s exploration of possibilities for women. It is women like Cheryl, suggests Kleinhenz, not the academic feminists, who have been the true admirers and supporters of Greer through all her moments of madness and her frequent contradictions.

Kleinhenz understands that Greer is, first and foremost, a performer rather than a feminist, a literary scholar or a serious commentator on world events. She is an entertainer, ready to say and do whatever is necessary to attract attention and controversy. Never the member of a feminist group, she is a populariser of selected feminist (and other) ideas rather than a consistent theorist.

She has become such a celebrity, at least in Britain, that she is sought out for media grabs on a whole range of topics, often saying the kind of outlandish things that you might expect from an eccentric aunt. How many family wits muttered the obvious comment about nature’s revenge on Steve Irwin? How many gossiping women remarked over coffee that Julia Gillard ought to stop wearing jackets? Greer made these comments on national or international media. It is not the originality of her wit so much as her complete absence of concern for the sensitivities of her audience that makes her outrageous.

While many friends and acquaintances refer to Greer as a genius, there seems no obvious reason for her to have become so famous and influential. Kleinhenz quotes Greer herself saying “Bugger me if I know why I’m famous.” Perhaps it’s because feminism needed a beautiful, witty, larger-than-life personality to reach its audience in the 1970s — or perhaps it’s because people love to be outraged and entertained. She made feminism seem fun when earnestness threatened to make it the exclusive province of the puritanical and serious.

A bright Catholic schoolgirl who won a teacher’s scholarship to the University of Melbourne in the days when they offered a living allowance, Greer concentrated on the study of literature, which would prove such a rich source of material on the history of women’s oppression. She moved to Sydney after falling in love with Roelof Smilde, one of the leaders of the Sydney Push, a man now remembered chiefly for the women who loved him. At the University of Sydney she wrote a master’s thesis on Byron’s “satiric mode,” and Kleinhenz shrewdly notes that Greer had something of Byron’s style herself: “Like him she was her own theatrical production.” The satiric mode is also evident in the habitual Greer contrarianism.

Also like Byron, Greer’s sexual conquests have been many, though there is no boastful tallying here. Over her life, she also has fallen in love frequently, often with kind and loving men who returned her affections. Each time, imbalances of power or her propensity for boredom seems to have driven the men away.

Another scholarship took Greer to Cambridge. This time she graduated with a PhD on the portrayal of women in an unpromising selection of Shakespeare’s plays — including that bone of feminist contention, The Taming of the Shrew. Life as an English lit academic would never have catapulted Greer to attention; the most she might hope for was to become one of the tweedy women, like Muriel Bradbrook, who had managed to squeeze a place for themselves in the halls of Oxford and Cambridge. The secret to her fame lies in her other life, as an actress and comedian. She joined the Footlights at Cambridge and, by the time she started her first academic job at Warwick University, she was appearing weekly on a comedy sketch show called Nice Time.

London was swinging, and Greer’s contacts among rock musicians and other television stars meant that she had entrée to all the wildest parties. By 1967 she was writing for the London Oz magazine and had joined the editorial collective for the pornographic magazine Suck, published in Amsterdam, out of a belief that the open discussion of sex was “a valuable service to society.” But it was The Female Eunuch, written with the encouragement of Sonny Mehta, that changed her life. By the end of 1971, she was famous, touring the United States and participating in such legendary events as the New York University’s town hall debate with Norman Mailer.

At the age of thirty-two, Greer was suddenly wealthy, resigning her academic job so she could meet the publicity demands of her new fame. She bought a series of houses and generously accommodated her friends and lovers, though firmly insisting they keep to her own domestic standards. But her new life required her to keep publishing books that sold, to keep being famous in order to maintain her houses, gardens, her friends — and, much later, her Cave Creek Rainforest project in the Gold Coast hinterland. In itself, being famous doesn’t provide wealth, and some of Greer’s more eccentric projects (appearing in Britain’s Celebrity Big Brother, for example) can be explained by the financial needs of her charities.

Kleinhenz sympathises with Greer’s generosity and her enthusiasm. She enjoys some of the more hilarious episodes in her subject’s life — usually reported with verve by Greer herself — such as having her hair brushed by Princess Margaret or finding a kindred personality in Bruce Ruxton. Occasionally Kleinhenz calls Greer a “conflicted” personality, but without much evidence; her initial judgement that Greer has no mask and no “inner” person to expose seems closer to the mark. Nevertheless, the biography does give a strong sense of Greer’s vulnerability and the loneliness that accompanies her courageous individualism. No life — whether it be Germaine Greer’s or Cheryl Davis’s — is likely to end in a cosy reconciliation of all its difficulties and contradictions.

Kleinhenz’s Greer, then, is a kind of secular saint, experimenting with sexual possibilities and domestic arrangements on our behalf and reporting back on their mix of success and failure. She has suffered, too, physically as well as emotionally, as she risked her own comfort to discover what was possible for a modern woman. Wiser heads might have predicted some of the disasters, but wiser heads are usually much more boring than our Germaine, and this biography emphasises her sense of fun and zest for life. •

The dance of God 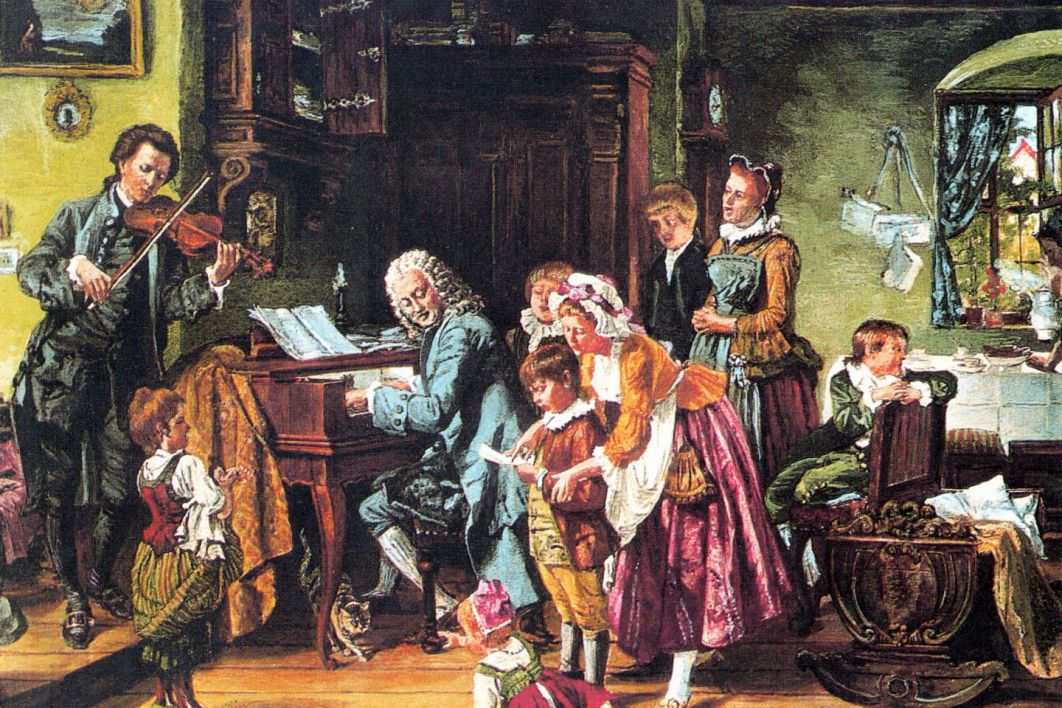