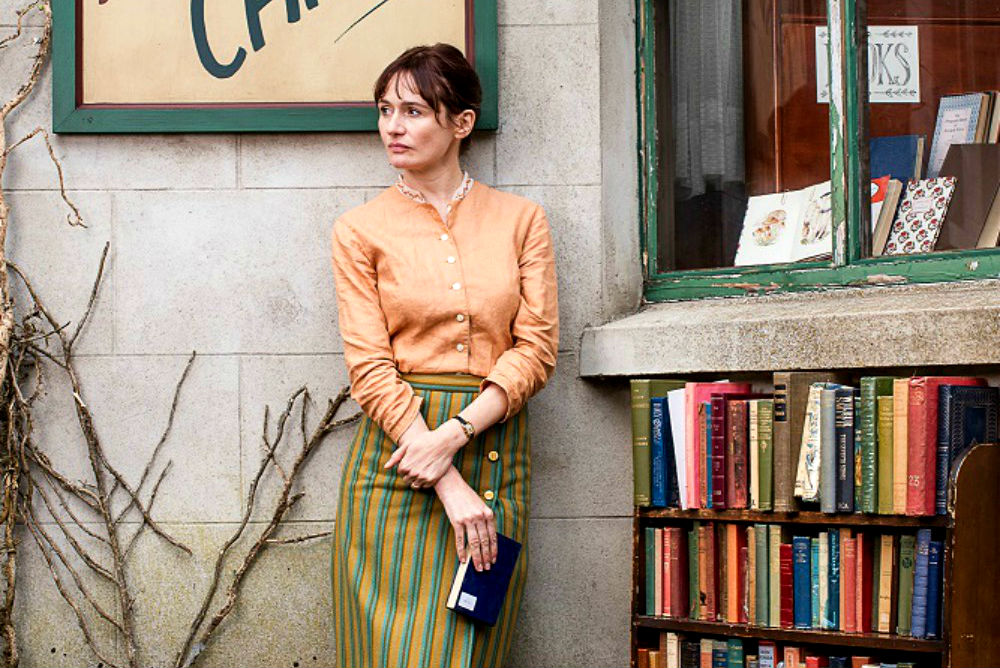 When I was a university student in Melbourne some years ago — all right, many decades ago — and was not much taken with the prescribed eighteenth-century novels, I often went to the movies. This was seen as acceptable if the film was subtitled: there was an implied element of cultural improvement in a “foreign” film. The next best thing was a “good British” film, usually to be found at the Athenaeum in Collins Street, the Grosvenor in Little Collins Street, or the Odeon in Bourke Street. It didn’t have the intellectual cachet of “foreign” (and wasn’t as sexy, in the full sense of the word), but it was respectable, whereas Hollywood was nowhere.

By the late 1950s, around a quarter of the films released in Australia were British. Yet, in spite of the critical approval of the “new wave” that broke on British shores with films such as Room at the Top and This Sporting Life, the sturdy minority audience for British film declined. This may partly have been the result of people starting to take Hollywood more seriously, or perhaps the new wave itself was the problem. But over the past twenty years or so there seems to have been something of a resurgence in audiences for British cinema. Sometimes the films have been aimed clearly at a popular audience (think of Four Weddings and a Funeral) but there have also been critical successes from such reliable art-house suppliers as Ken Loach and Mike Leigh.

Not coincidentally, the British Film Festival, instituted in 2013, has become the fastest-growing festival of its kind, breathing down the necks of French and Italian counterparts that have been around for nearly twenty years. Having sat in capacity audiences at Melbourne’s Como Cinema for the last two screenings of the 2017 festival, I think I know why. Out of the country until the festival’s closing weekend, I was indeed fortunate to secure a seat for each of On Chesil Beach and The Bookshop. Like others I’ve seen over the years at the festival, these two seemed to have been made wholly with grown-ups in mind, and you can’t often say that about the blockbusters cluttering up the multiplexes.

“I felt that Australian audiences had such a strong affinity to British culture and that we’ve got the same sensibilities,” says the festival’s curator, Kim Petalas, when I ask him how the festival came about. “We understand each other’s humour. We empathise with the characters, often much more so than with those in mainstream American film. So I thought it was logical to highlight the best of the forthcoming British films and also to showcase films that may not necessarily have a theatrical release.” Less than half of the festival films generally turn up on the commercial circuit, and this of course makes the festival a still more valuable institution.

The festival essentially has a double purpose. First, when it screens new films it aims not only to showcase those that may not get theatrical release but also to give audiences with a real appreciation of British films “an early peek” at new, quality films. Isabel Coixet’s The Bookshop, for instance, will be on general release in June after popularly attended screenings at last year’s festival. Second, Petalas wants to “tap into that rich history of British cinema.” One of the pleasures of curating the festival, he tells me, is “trying to secure some of the classics that I feel audiences might want to revisit on a big screen. For this, I usually start twelve months in advance to see what films have been digitally remastered or been released on DCPs for us to showcase.” Examples at last year’s festival included Antonioni’s Blow-Up (1966); Basil Dearden’s Victim (1961), a ground-breaking film dealing with what were then called “homosexual issues”; and several of the popular Agatha Christie adaptations of the 1970s and 80s.

Some of the most intelligent films I’ve seen in recent years have received at least some of their local impetus from festival showings. I think, for instance, of Terence Davies’s masterly A Quiet Passion (2016), an exquisite evocation of the life and art of American poet Emily Dickinson, and Suffragette (2015), Sarah Gavron’s passionate and rigorous evocation of the feminist conflict with a male-orientated time and place. As Petalas says, “Distributors also look at the British Film Festival as an opportunity to launch these films when they get that word of mouth and that publicity before a national release.”

But even festivals have to keep their heads above commercial water. It is one thing to screen films that may never be expected to command large audiences; it is another, and also important, to make sure that at least some of the choices are popular drawcards. In 2017, there was a good deal of publicity about Kenneth Branagh’s remake of Murder on the Orient Express, dud though it proved to be, and this prompted the festival to focus on the earlier (and much more successful) British adaptations of Agatha Christie’s thrillers: Death on the Nile (1978, directed by John Guillermin), The Mirror Crack’d (1980, Guy Hamilton), Evil Under the Sun (1982, Hamilton again), and the original and vastly superior version of Murder on the Orient Express (1974, Sidney Lumet). These all had illustrious all-star casts and lavish settings and proved a popular — and, to date, the most extended — retrospective feature of the festival.

Apart from highlighting aspects of British film history, the 2017 festival included a swag of new films deserving of wide release but also perhaps needing all the word of mouth they might count on getting from festival audiences. I’ve mentioned On Chesil Beach and The Bookshop, derived from short, tonally perfect novels by Ian McEwan and Penelope Fitzgerald respectively. Both are set in the late 1950s/early 60s and evoke the period with sensuous precision. Both reflect sympathetically on the individual lives at issue — the just-married couple, the determined bookshop owner — but are also redolent of the cultural setting. And both, without being “depressing,” are quietly heartbreaking in ways that I imagine would make perceptive film-goers reassess certain values.

Several others from the 2017 festival have deservedly received commercial release. Anyone expecting Simon Curtis’s Goodbye Christopher Robin to be a piece of cuddly feel-goodism must have been surprised at the film’s rigorous treatment of the relationship between the war-traumatised father, A.A. Milne, and the son who became the inspiration for the famous boy — and who grew weary of the association. On the other hand, addicts of Armando Iannucci’s hilarious, wildly profane TV series The Thick of It could only have been enchanted by the wildly profane black comedy derived from the assorted power struggles sparked by The Death of Stalin.

As one last example, before this piece turns into a series of mini-reviews, I’d draw attention to Paul McGuigan’s Film Stars Don’t Die in Liverpool, adapted from Peter Turner’s novel/memoir of the same name. The film star of the title is Gloria Grahame, much-married purveyor of irresistible tartiness in many a Hollywood film of the later 1940s and the 50s; as played by Annette Bening, she emerges as an eloquent study in the competing demands of stardom and everyday life.

I mention these five films to give some sense of the rich pickings to be had at the festival. When I add that the British Film Festival’s diversity the previous year, in 2016, ranged from A Quiet Passion to Carry On… Up the Khyber it will be clear that its aims are inclusive rather than exclusive. Many will be awaiting the 2018 festival, commencing in late October, with critical enthusiasm. ●

Brian McFarlane’s latest book is Making a Meal of It: Writing about Film (Monash University Publishing), which includes a number of his Inside Story essays.

Driven by memories: Mary Bennett in 1960. 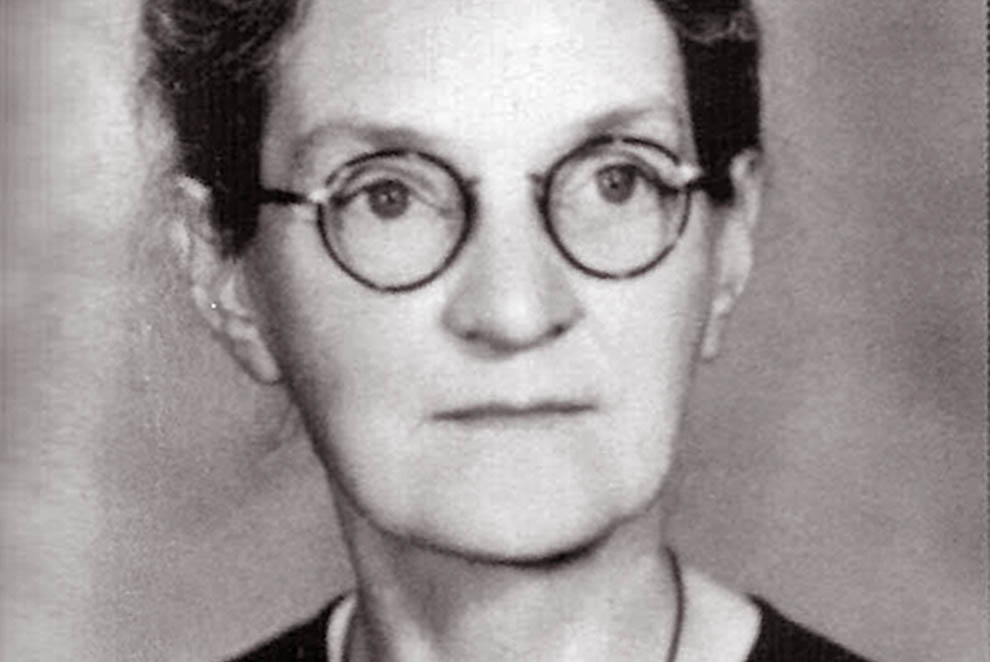 Driven by memories: Mary Bennett in 1960.